-usual uptrack to the ridge above tincan common bowl
-light rain at parking lot, precipitation increased to intermittent-moderate above treeline and turned to coarse snow. skies were variable, mostly cloudy and flat lighting with patchy bursts of improved lighting.
-wind was fairly calm until treeline where winds picked up to approximately similar speed as sunburst weather station: active snow transport on ridgelines, cornices and slabs forming. Skintrack was mostly filled in, but still intermittently visible after less than 30 min above treeline.
-snow was mostly wet-moist until ~treeline.
-we skied the skintrack from bowl to trees, then trees out.

While ski-cutting small roll-overs, a medium-density slab ranging from 1-2' deep, was easily triggered at far skiers left of the lower tincan common bowl near ridge-line/skin track. Propagation was ~100ft of active debris, but cracks could be seen extending almost twice that distance to lower angle terrain. Avalanche was likely wind-transported new-ish snow, medium density slab, but chunks as large as 2'x4' and easily breakable under a skiers weight. Slab appeared to be very sensitive but low energy. We noticed slab settling/collapsing in close proximity which could also be felt on the descent adjacent to slide(slope angle ~20 degrees).

Below the bowl and through the trees, we could not trigger any other notable slabs or slides. Small loose snow sluff/slab would release (less than 6" deep and less than 30' across, barely releasing, running only a few feet. Once 2-300ft below treeline this effect was no longer appreciable.

from lot to ~300ft below treeline there was small moist rain layer on the surface with low-density wet snow beneath. 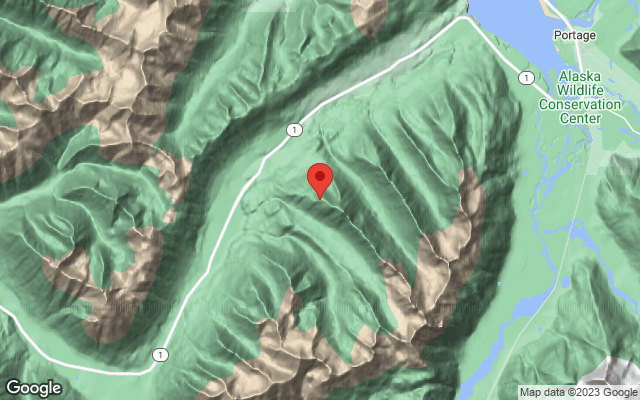