Normal up track to top of Tincan Common.

Visibility was in and out with valley fog below ~2000' and overcast layer above ridge top height. Occasional breaks in clouds made for decent light in common bowl. Light winds above 2000' out of the north.

45 cm new snow at Tincan. The new snow is a bit heavier than the previous two storms but still relatively dry and light. Trail breaking was pretty deep above treeline. New snow surface was uniform and made it hard to tell where wind loading had occurred.

We dug two pits, one at 2300' just below treeline and one at 3000' near the uptrack of Tincan Common bowl. The structure in the lower pit (2300') was poor, with a 15 cm thick layer of advanced facets over the Halloween melt freeze crust (see photo). We were surprised not to get any propagation on this layer in our extended column test, but it is buried pretty deeply now down 70 cm from the surface.

In the upper pit we could still see the Halloween melt freeze layer, but it was pretty thin (~5 cm) and did not have as much of a developed faceted layer above it. Overall, the structure in the upper pit was better with less obvious weak layers and generally more right side up snowpack (see photo). We also saw no propagation in our stability tests at 3000'.

Overall we saw less wind transport of the new snow than we expected with the high winds during the last storm. The new snow surface was still low density with a slightly firmer wind layer on the top in upper elevation wind exposed areas. 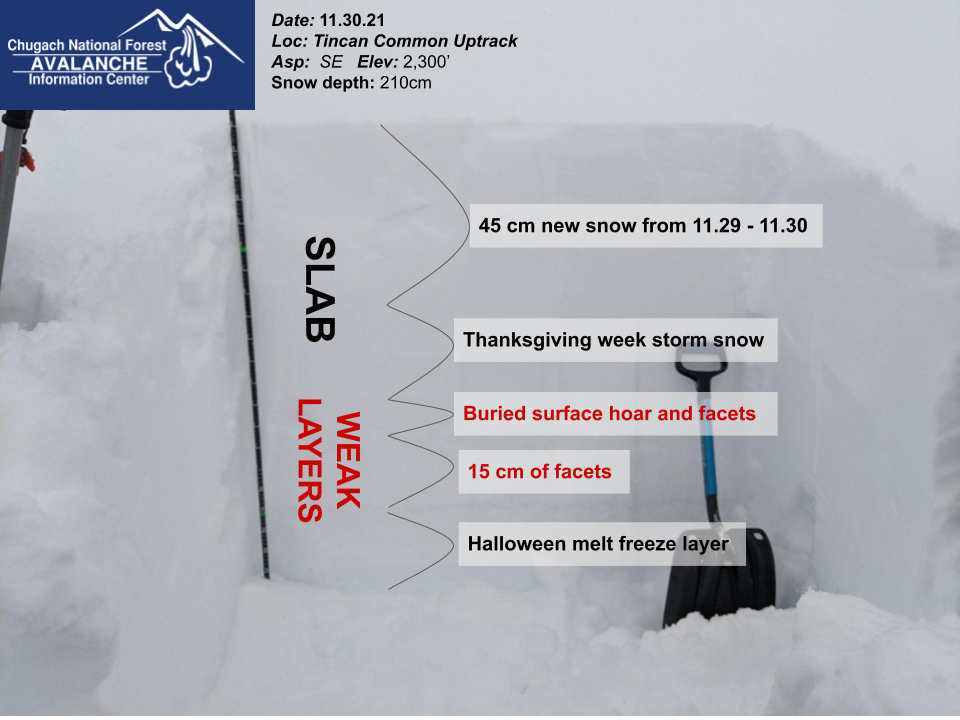 Snowpack structure from 2300' on Tincan 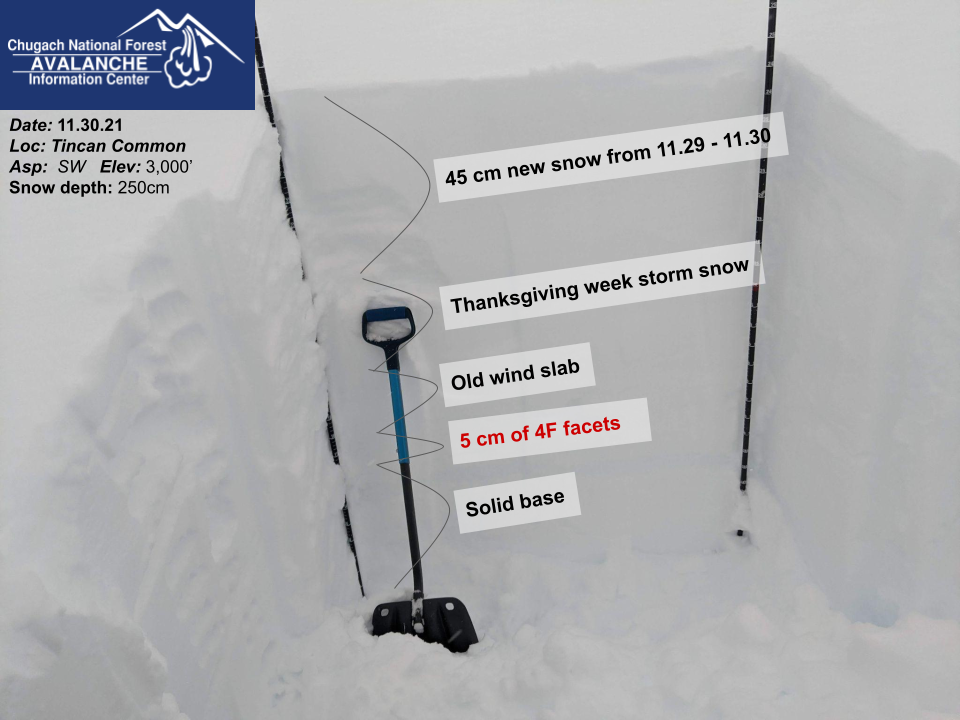 Snowpack structure from 3000' on Tincan 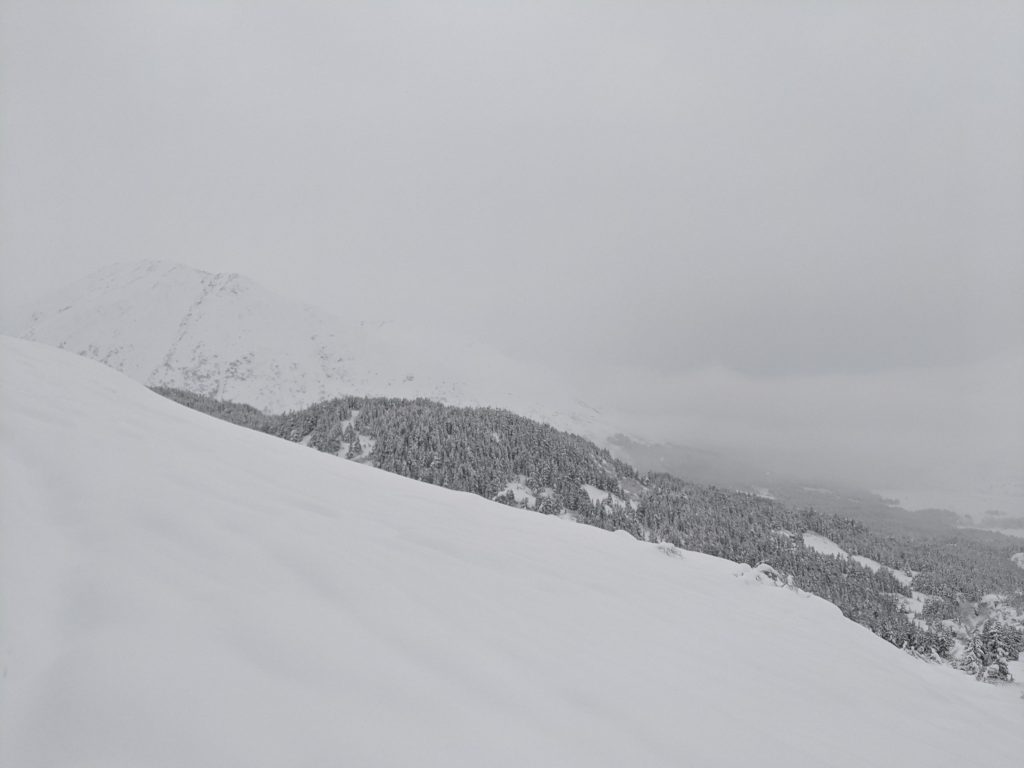 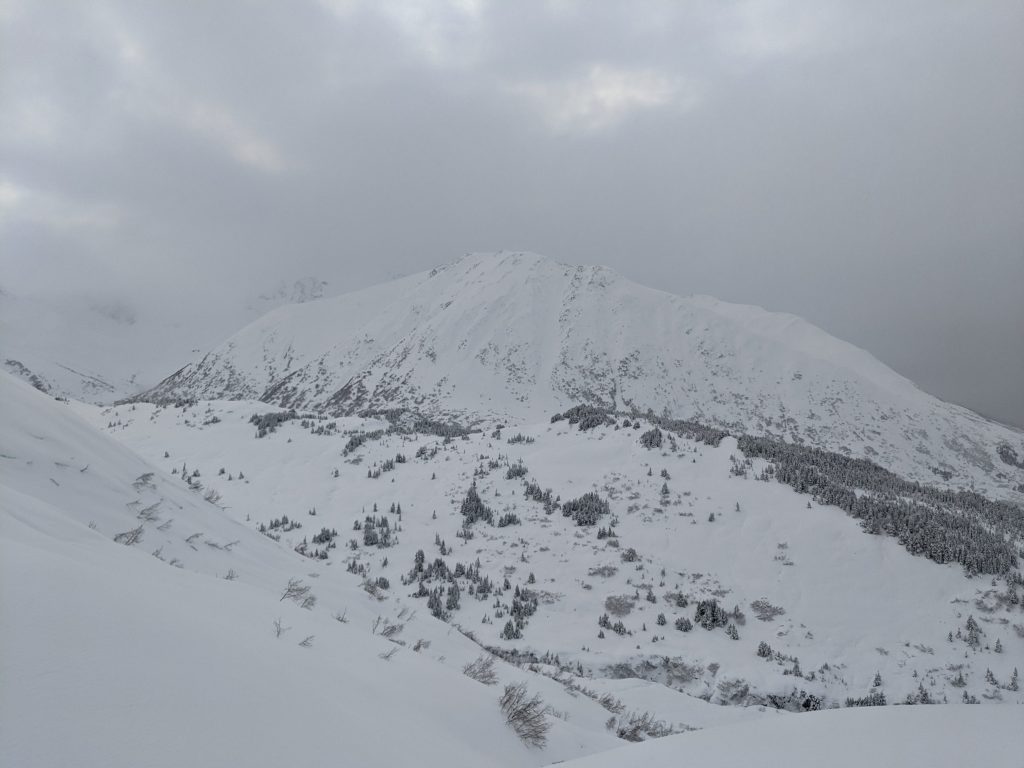 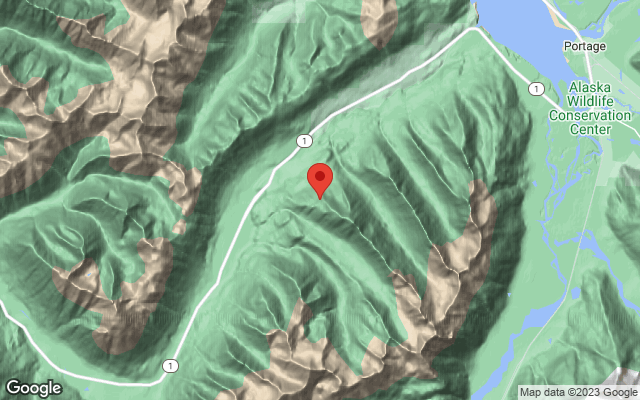