Alaska Avalanche School Level One course took to the low hills again today to evaluate snowpack with three groups going up Tincan normal uptrack, Tincan backdoor uptrack and Sunburst. Lots of Whoomphing right out of the parking lots as the new snow load collapsed the Jan. 13th Buried Surface Hoar layer, but collapsing stopped happening above 1300 ft. Visibility was good and no new avalanches were spotted, with perhaps the unconfirmed exception far at the back of Sunburst/Kickstep valley with a possible small crown below the cliff bands and runout of debris that could have been a D2. Super hard to confirm.

Lots of collapsing at lower elevations not alder related.

It was raining both on the way to the pass and on the way home, but life on the pass was beautiful with good visibility at surrounding peaks and incredible light. Calm winds were present and no precipitation during middle of the day.

Snow from 1000-1150 ft. had that classic Chugach consolidated warm blanket feeling. It was far from Chugach cement, but definitely denser than day before. Just above at 1200, stellar crystals were still intact as snow surface. We did not travel above 1300 ft. Ski Quality was creamy delicious.

With three different groups spread across Tincan and Center Ridge, our pertinent results were that the buried surface hoar layer was present at all three locations about 65 cms. down from Jan. 13th. (The Friday the 13th BSH!) Results in the Compression Tests were pretty consistently finding scores reacting in this layer in the teens: CT13Q2 being the most prominent. The BSH was found intact on top of a varying degree of thickness of the old windslab with facets growing beneath it. (see photo). ECTs on Tincan were all ECTNs in this layer, occurring in the low 20's. Only on Center Ridge did we find an ECTP23 at this layer, again at a very low elevation. Total HS ranged from 120-160. 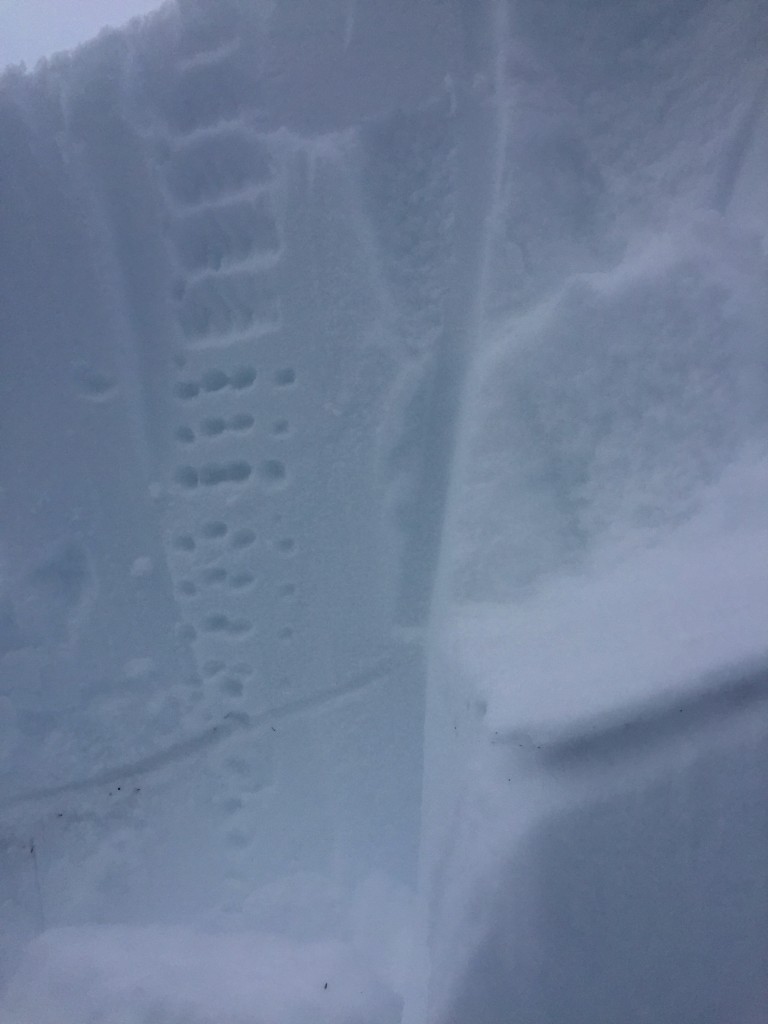 A look at the side profile of a completed ECT with the 2 cm windslab sandwiched between bsh and facets, with snow hardness profile in background 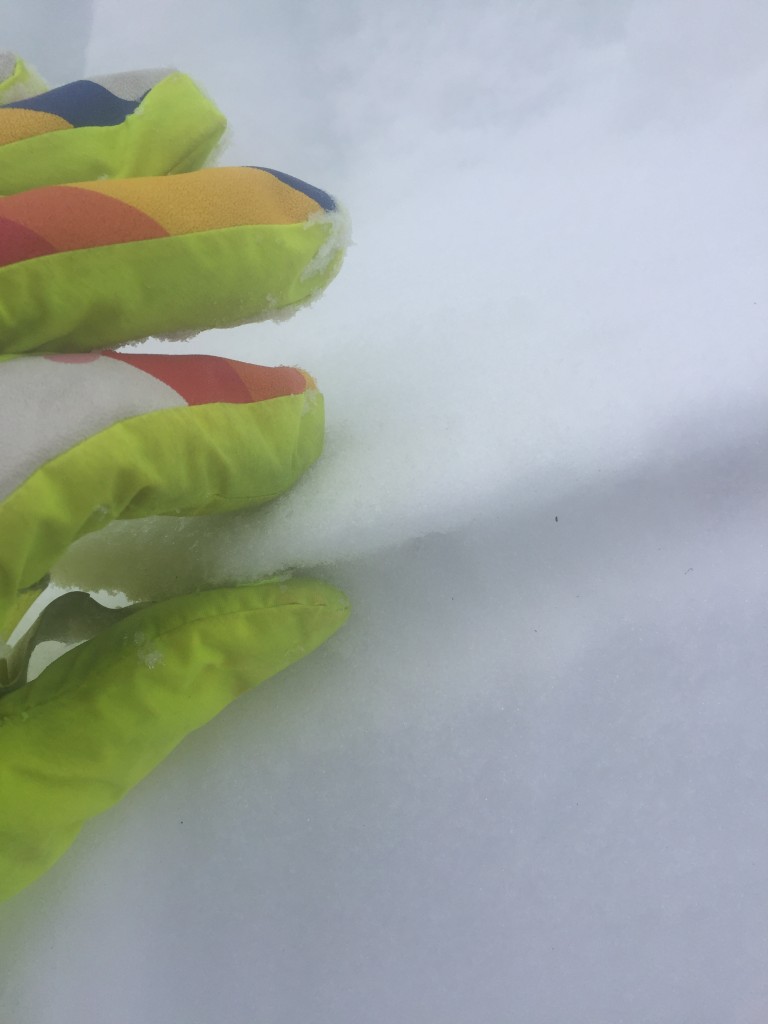 The micro windslab on the south side of Tincan, via the Tincan backdoor approach from Center Ridge at 1370 ft. 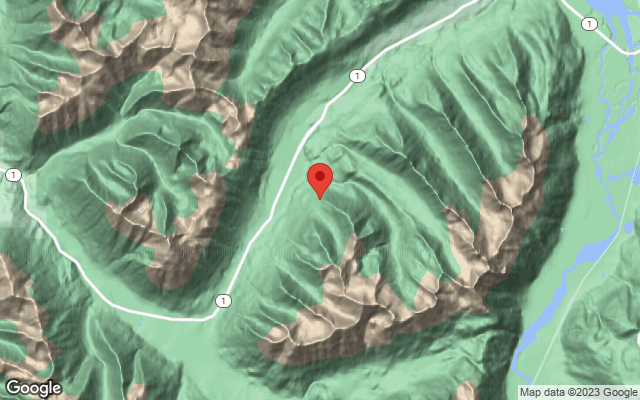