A drive along Turnagain Pass and a hike up to the skier triggered slide on Tincan revealed the following:

Weather:
Skies were party cloudy and temperatures cool – in the teens. Wind was light from the south.

Surface conditions:
Recent storm snow from Nov 21/22 was 12″ dense power above 2,500′. Variable wind effect above treeline. Below 2,500 there is a crust capping the new snow that gets thicker with descending elevation. At 1,500′ the crust is almost an inch thick with 5″ of loose storm snow underneath (makes for difficult riding conditions…).

Avalanche activity:
None seen on Tincan today. However, there was widespread activity from Nov 21/22nd. Most of these were shallow (10-12″ thick) class 1-2 slab avalanches on both sides of the Pass. Several mid-elevation slabs were running near the ground (this is where there was no snow prior to the Nov 10 storm). There were also many wind/storm slab avalanches off the ridgelines. All aspects were seeing avalanching.

Snowpack:
The pack is stabilizing under the cold temperatures. The Nov 10 weak layer is still weak but the slab above (Nov 21 snow) is loosing it’s elasticity and becoming weaker. We were still able to get stability tests to propagate but had to put some effort into them.

Wind:
Past wind effect has formed variable thicknesses of wind slab. Were were able to collapse one of these but didn’t test any on the steeper slopes. 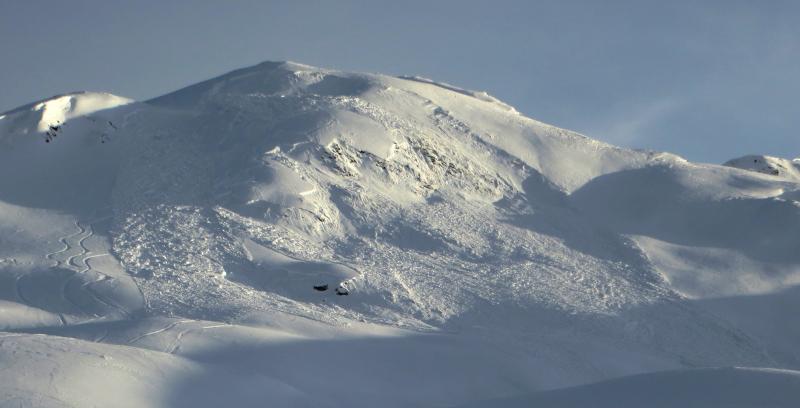 Skier triggered avalanche from Friday 11/22. No one caught. 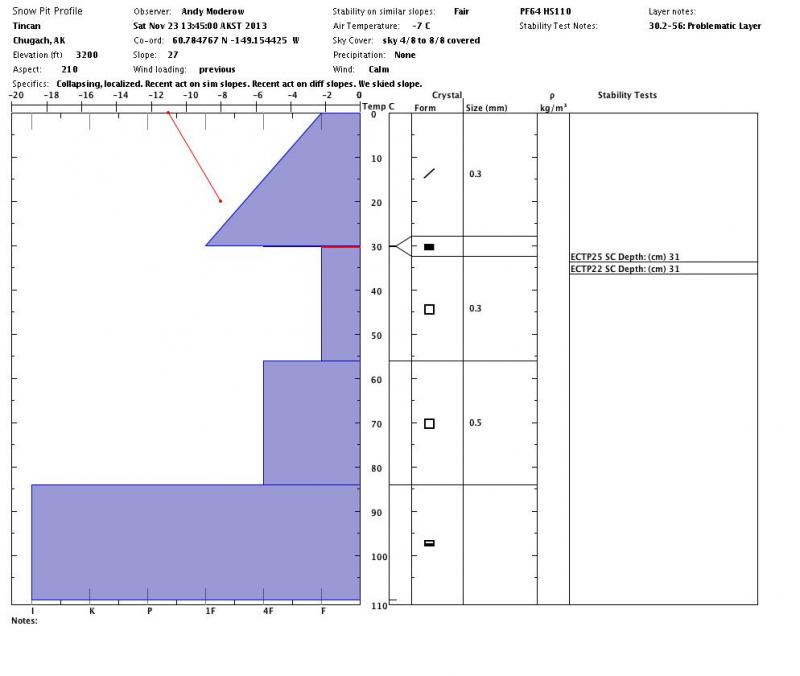 Pit from Hippy Bowl - this is similar to the snow structure found on the Common Bowl avalanche. 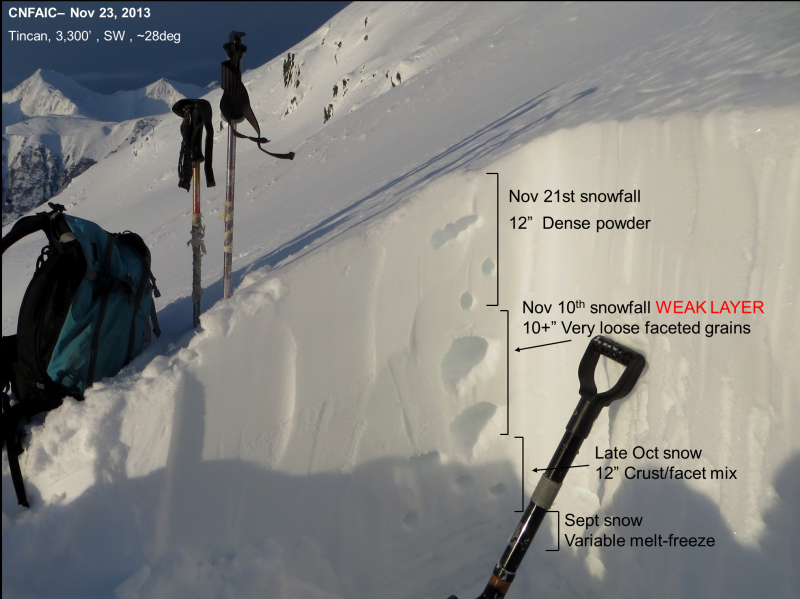 Photo of pit from profile above 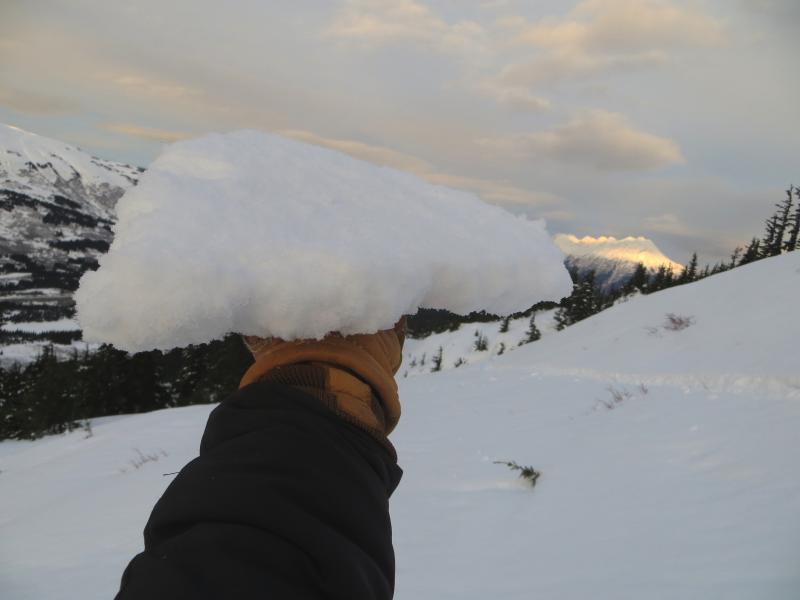 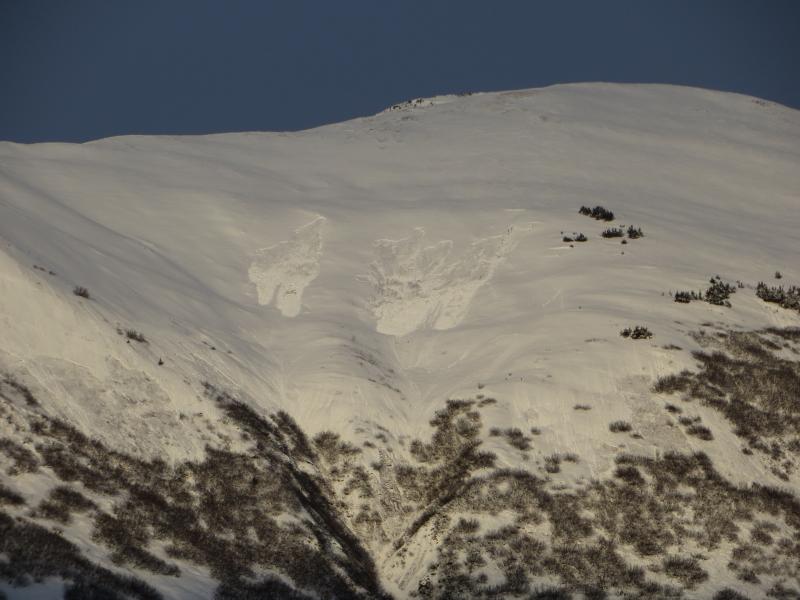 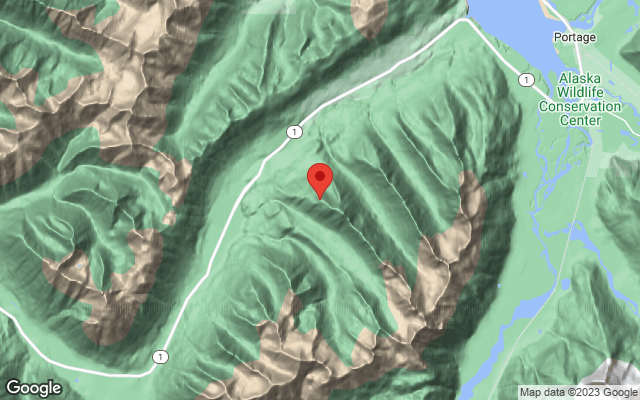