Tour up to Tincan Ridge to check how much new snow has fallen and how it is bonding with the old snow surface.

One very recent avalanche noted on the steep rollovers below Hippie Bowl, Southerly aspect 2,500'. Only the track and debris were discernible with the limited visibility so we could not tell if this was a slab or a point release. Avalanche ran ~300 vertical feet and was around 75' wide.

Obscured skies with some breaking clouds at times. Very warm temperatures - felt around 30F at all elevations. Greenhousing in the afternoon. Winds were light from the NE. Light snowfall until noon then no precipitation after that.

New snow was warm and sticking to old snow surface fairly well. Weakest point was just above the new/old interface within the storm snow. No propagation was seen in stability tests - new snow was not acting like a slab in this area.

Essentially, there was just enough new snow to create large sluffs in very steep terrain but not quite enough for slab avalanches in Tincan Common - very limited visibility and things could be different just on the other side of the ridge or higher in elevation. 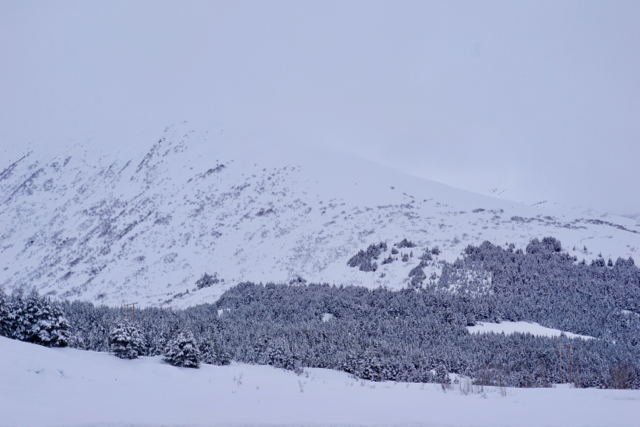 Sunburst in the clouds 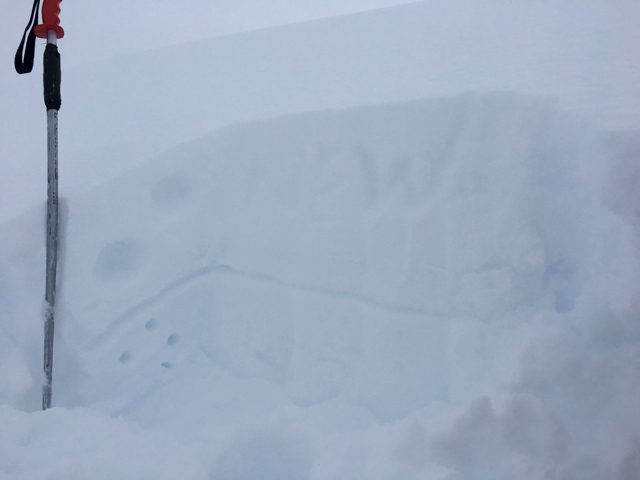 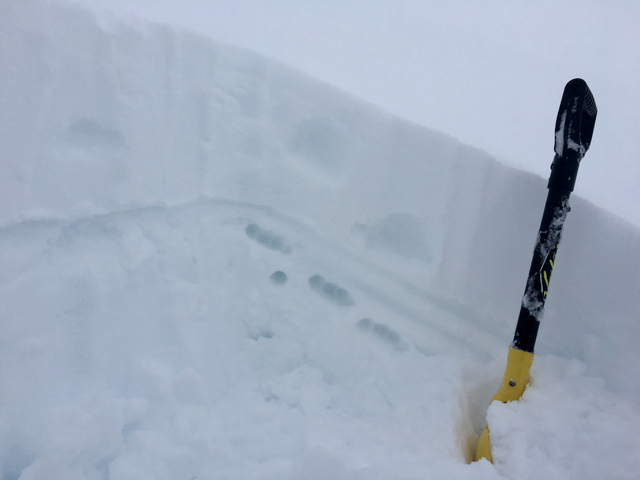 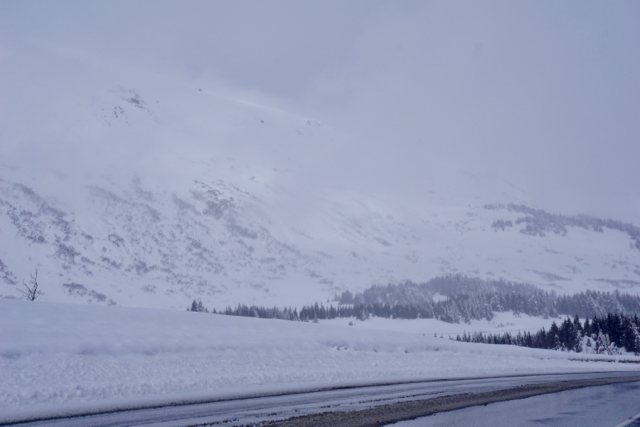 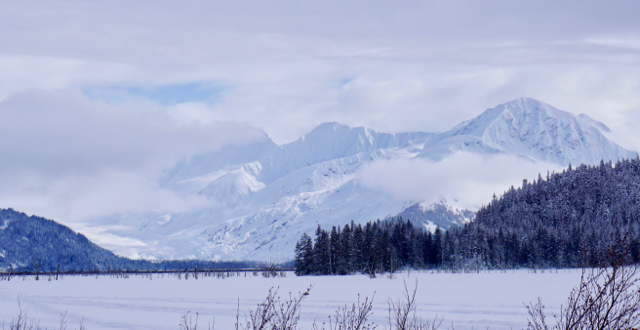 Skookum Valley - A fresh 2' of snow - this area closes to motorized use on April 1, this Saturday 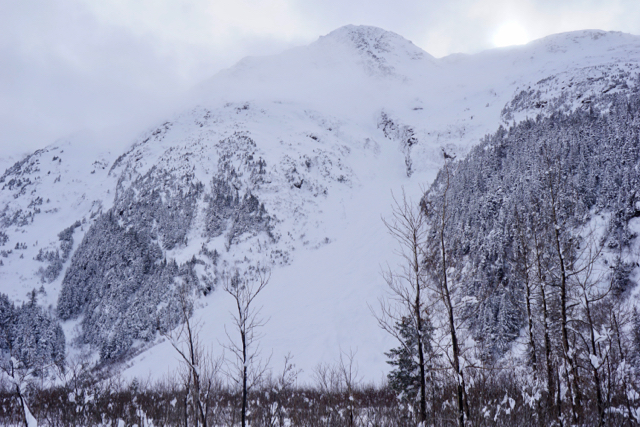 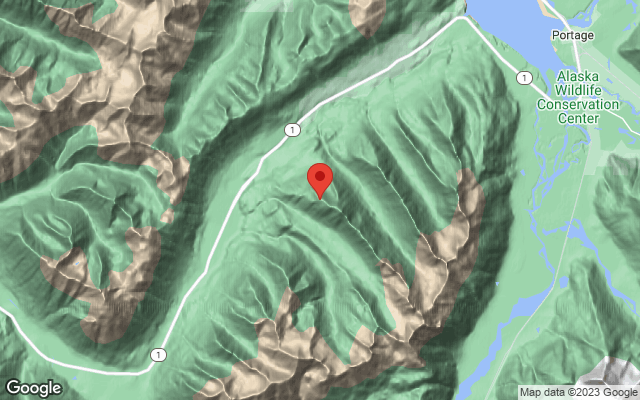