Route: Tincan lot up the normal generally west aspect to Tincan Common peak. Dug a pit 100 yards
west of the common peak on a SSW aspect; then laps and down along the skin track.

Snowpack: 2-4″ of soft snow from the past week over a melt freeze layer at the parking lot, increasing
to 8-12″ by 2000′. Around 2500′ the early-December melt freeze crust starts dissipating, and 2-3′ of
soft settled powder – including the pronounced layer of buried surface hoar – sits on top of the
November melt freeze crust. See full profile below from 3150′ feet.

Instability: The toe of recent runout was observed below a SW aspect of Tincan, directly below the final
stretch to the top of Tincan Common. The starting zone, track, and total size of the debris pile couldn’t
be observed from our location.

No cracking, collapsing, or recent avalanche activity observed. Skiers and snowboarders skied the entire
SW face of Tincan common, including the steeper parts which were untracked as of this AM.

Pit results showed the buried surface hoar reacting under medium pressure with propagation potential.
Additionally, a thin, soft layer was sandwiched between two harder 4-finger layers from the past week’s
storms; this layer too showed reactivity under medium pressure, with the potential to propagate,
including an RB3 result (see video below). The grain type couldn’t be positively identified, though
guesses included 1-2mm surface hoar or decomposing/fragmented particles… but both seemed odd to
find there 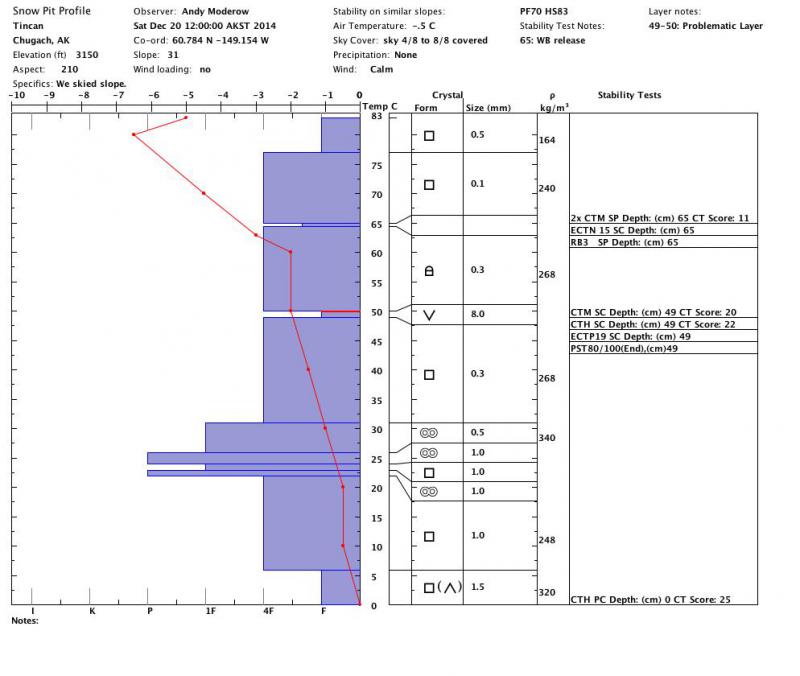 Full profile along with a variety of stability tests ~100 yards to the west of Tincan Common. 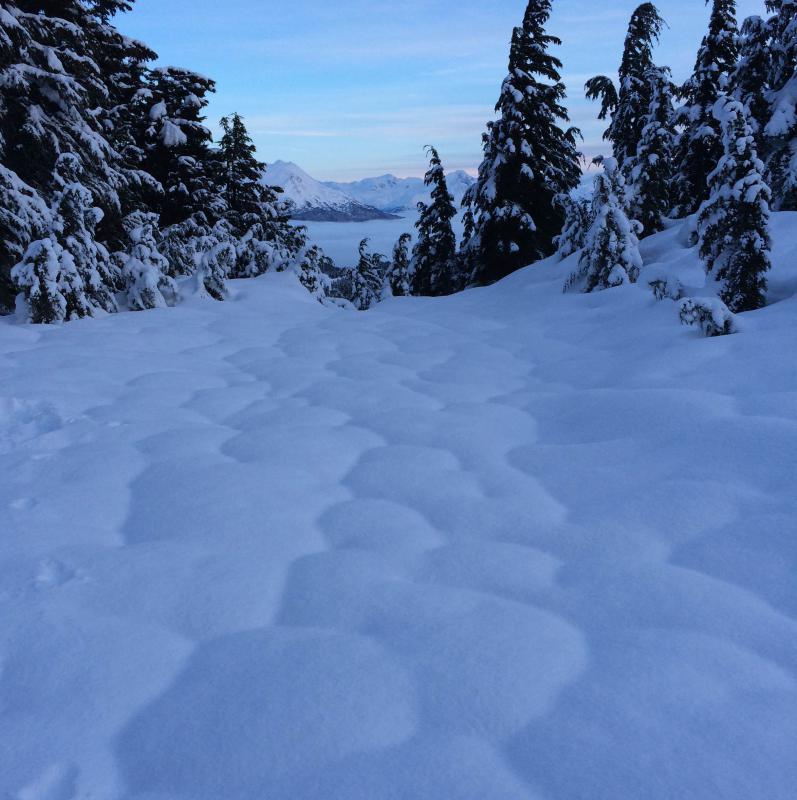 Runnels from early December have been covered up by 8-10" of snow during the last week. 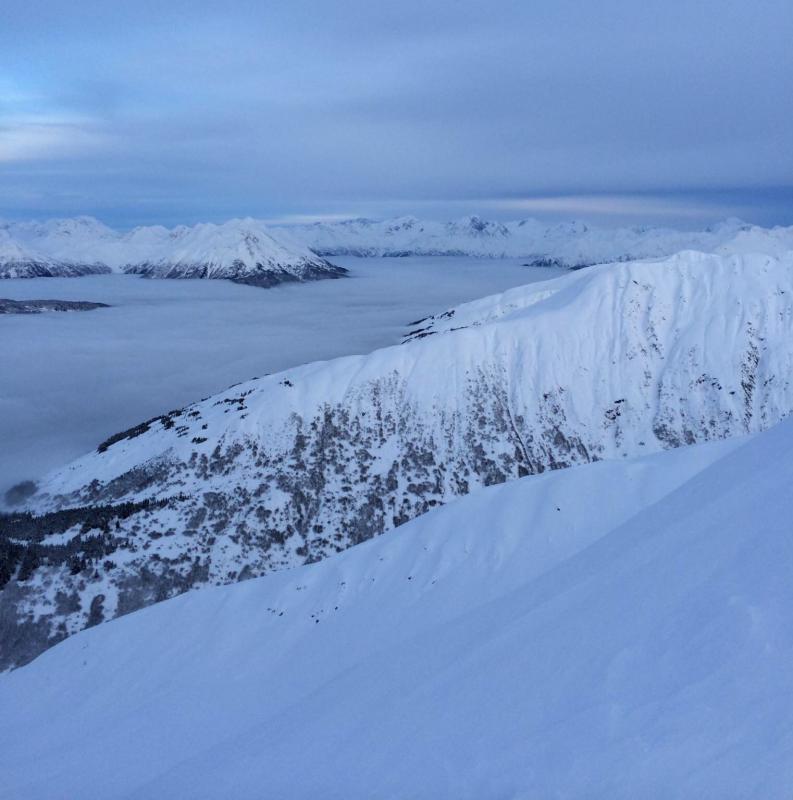 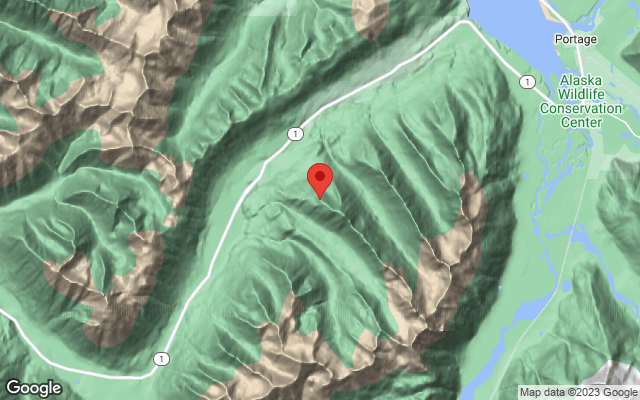