A small soft slab avalanche noted today just below CFR on Tincan. Visibility was very poor, but it
appeared to have a small crown and ran at least 150 to 200 feet into the west facing bowl (south side of
ridge). It could have been cornice triggered or due to wind loading. Runout was maybe 20 feet wide. We
didn’t actually see it slide, but noticed it on our second run down. Winds were picking up in the
afternoon. We skied here yesterday, when the visibility was good and definitely did not see this slide.
Location marked is a crude estimate.

FORECASTER COMMENTS:
CFR is the prominent most westerly ridge of Tincan that runs from treeline to the top of Tincan ridge proper. It is often heavily corniced. 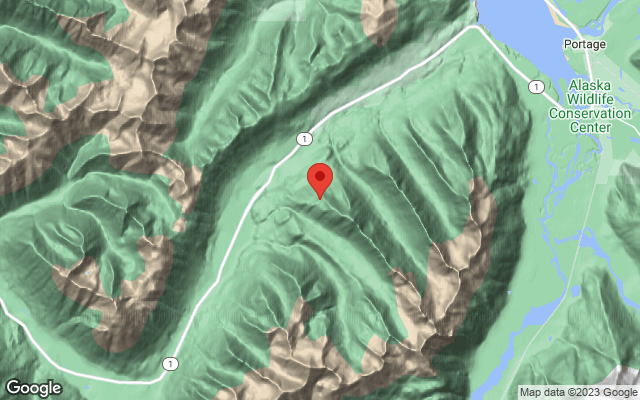