Ski and road obs from Turnagain Pass:
Natural releasing small to medium wind slabs looked to have slide during the
height of the storm yesterday and have now been snowed and winded over. Debris
can be seen in the bottom of a few of the gullies running down Seattle Ridge.
Most of the popular Skiing and snowmachining slopes are still intact, possibly
not adjusted to the new snow yet and waiting for a trigger.

Tincan:
3 feet of loose unconsolidated snow from the road with around 3 and half feet
above treeline. Storm snow is generally ‘right side up’ where there is minimal
wind effect. Above treeline the winds did their thing. Wind slab stiffness and
depth are extremely variable. Anywhere from stiff and supportable to soft and
hard to maneuver in. Many drifts were very hollow feeling underneath, spooky and
red flag for steep terrain.

Pit:
2700′, S facing, 33 deg.
Total depth of snow was 180cm.
ECTP 25 Q1-2, CT 17 and 18 Q1-2 (failures were sudden collapse but did not pop
out of the pit).
All failures were at 60cm(2′) from the surface in the old snow/new snow
interface. (specifically just below the interface in the decomposing old snow,
Thurs snow)
This area had about 1 foot of snow scoured off from the winds, hence the 2′
storm snow slab and not 3′ or more.
The ECT grabbed my attention considering it propagated.

This test was completed close to 24 hours from the height of the storm and 8-10
hours from the end of the storm while the snow is still adjusting to the load.
Would be interesting to do this same test at the same place tomorrow to see if
it would still propagate after 48 hours.

Note: Snow was well bonded above and below the rain crust from Dec 3rd. The
mid-pack facets under the rain crust were not reactive unless really wailed on. 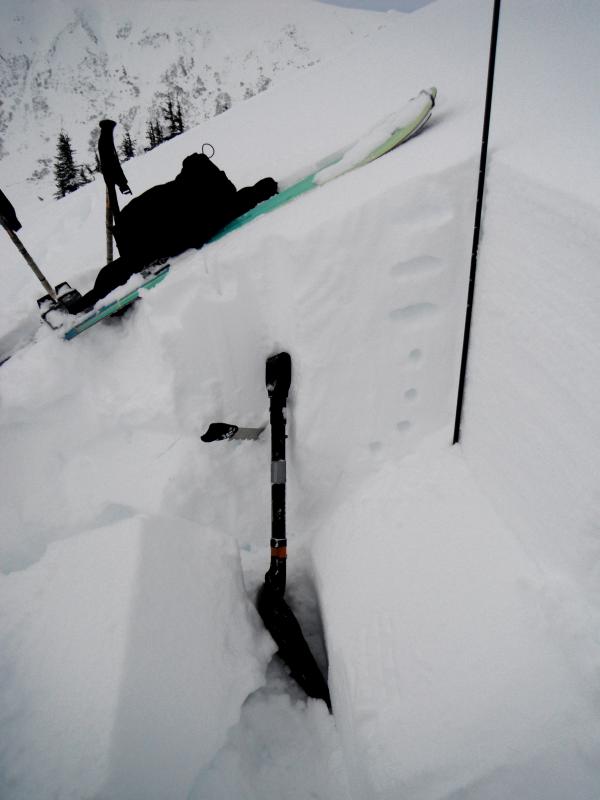 ECTP 25 Q1-2, The hand hardness is in the storm snow slab above the old snow surface where the ECT failed. 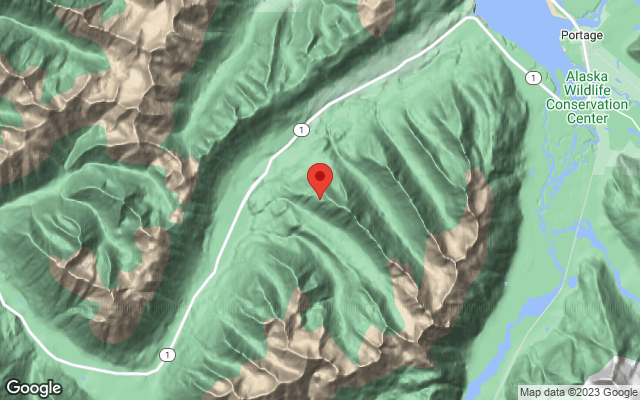