Our party had Tincan, above treeline, all to ourselves today. We lapped the SW
facing bowl from the ridge just beyond Tincan Common and did a couple laps
through the trees.

Snow above treeline is variable and wind affected to some degree (ranging from
nice, wind-buffed powder to nasty sastrugi). Surface hoar is everywhere above
treeline. In many areas it has been dismantled by the wind but there are large
areas where it’s still standing and intact.

We did not experience any serious red flags. There was a slight whoomph
climbing out of the SW facing bowl back to the ridge on one lap. Below treeline
the snow is much deeper and unconsolidated. It’s not slabby, but would move in
chunks and slough and could possibly create a problem for the unwary near a
terrain trap (of which there are many).

There were also two noteworthy avalanches, which are in the photos above. Both
seems to have started in thinner, rockier areas of the snowpack which were
probably overloaded by the wind blowing atypically. Tincan’s normal cornice
overhanging the southerly aspects has been eroded and north slopes wind loaded. 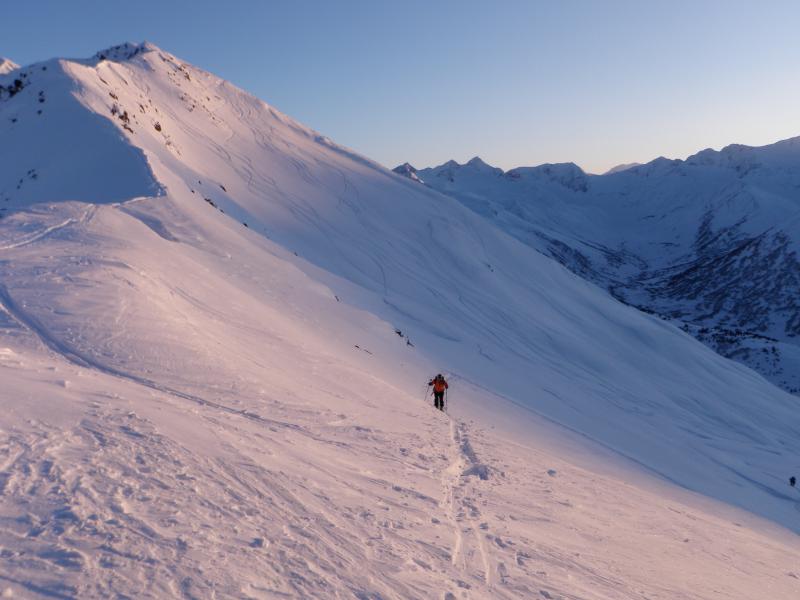 We had this to ourselves all day. 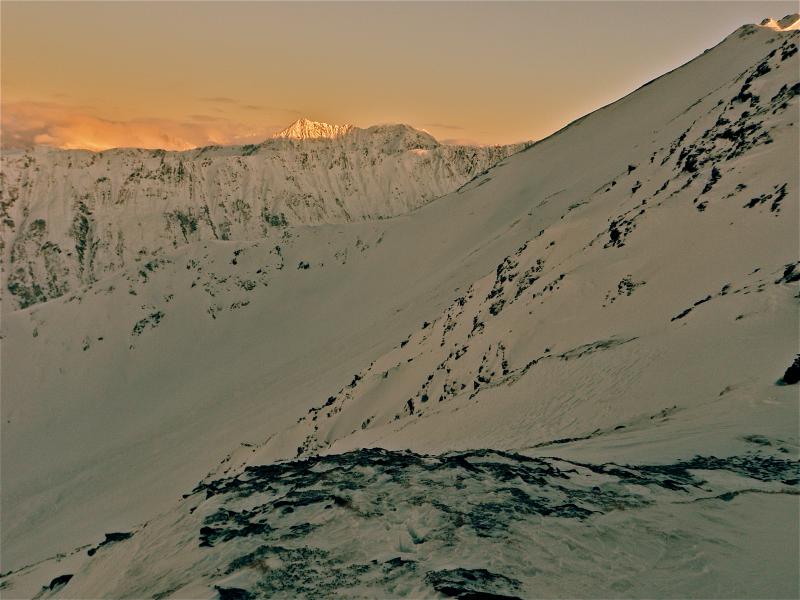 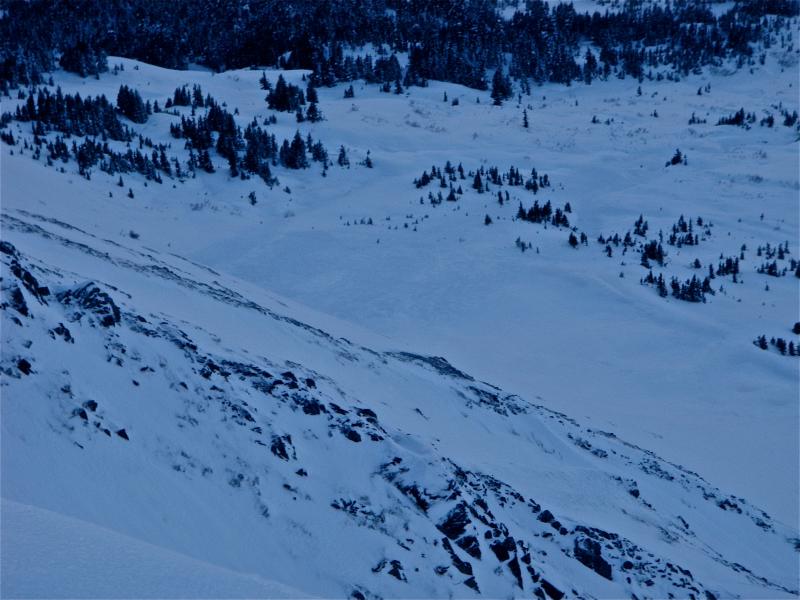 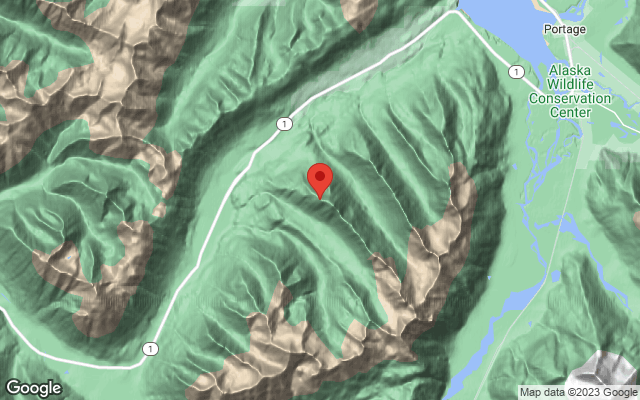