Several natural avalanches were seen that released sometime during the past
several days. Most likely right around Dec 30th. Photos are not great but you
can pick out the crowns. These are large avalanches with crown depths ~4-8′ deep.

There was never good enough viz around Eddies/Tincan/Sunburst to get a good look
on that side.

Above treeline:
The winds have raked the upper elevations and moved quite a bit of snow around.
Scoured to the rocks in places and loaded slopes in others.

Below treeline:
wet and saturated snow was sitting under a crust formed by the rain on snow 12/30.

Weather observations:
Broken skies with snow and light winds picking up in the afternoon. 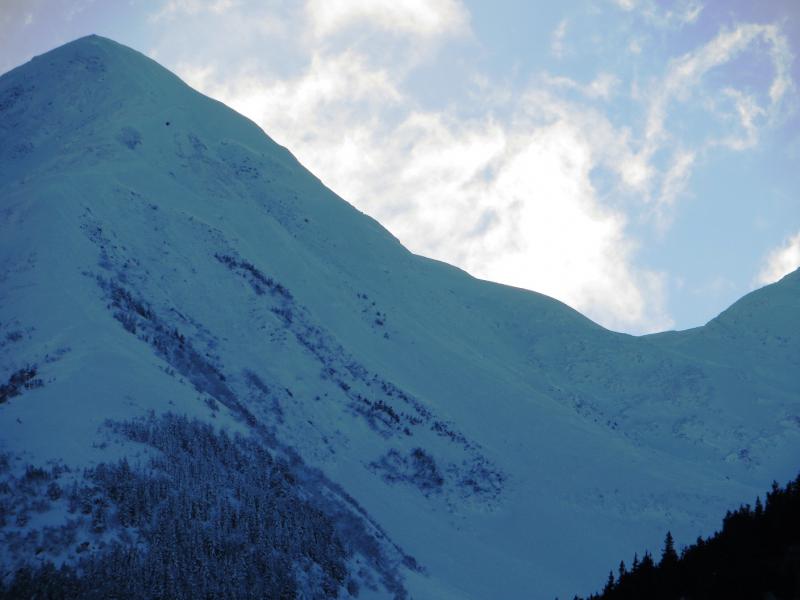 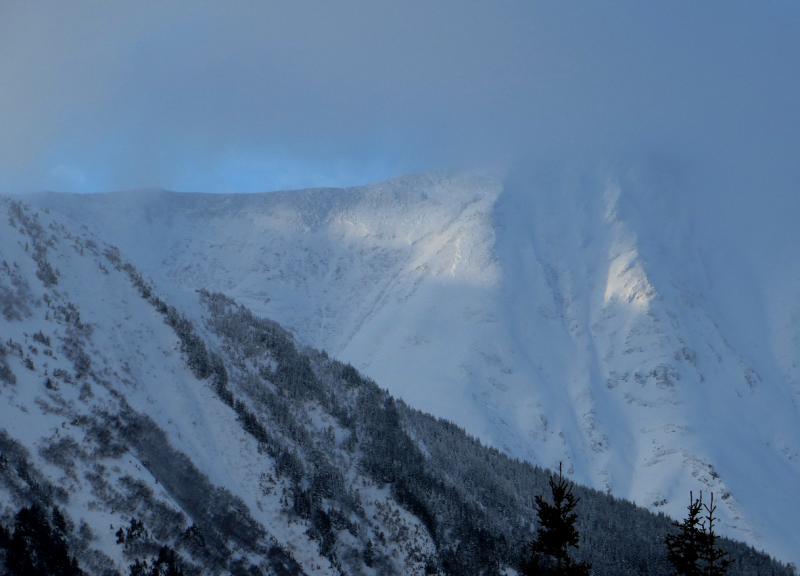 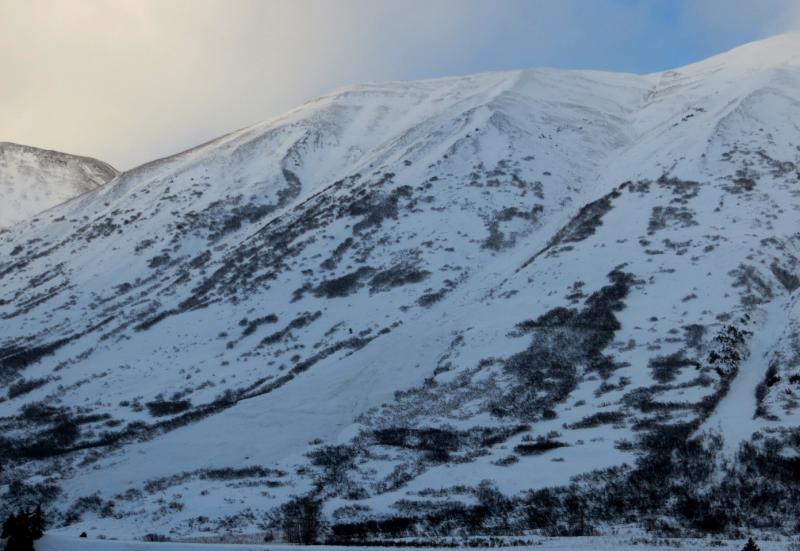 Debris below one of the east facing gullies of Seattle Ridge on the motorized side of Turnagain Pass. Large and wet. 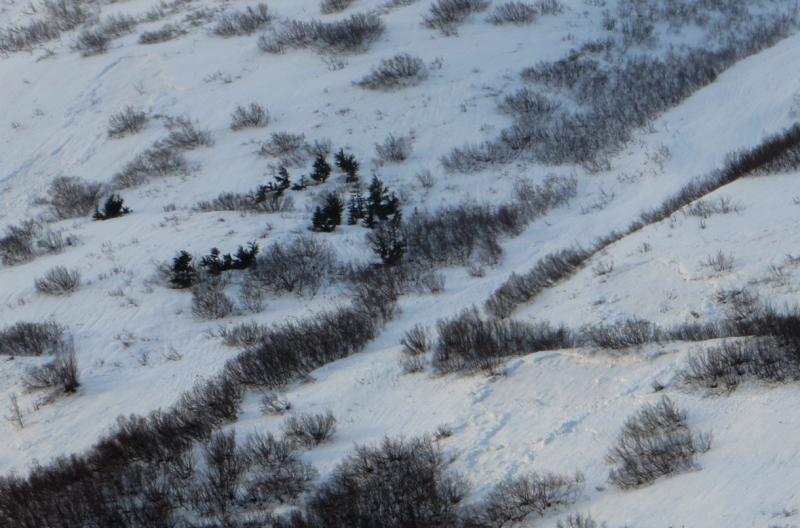 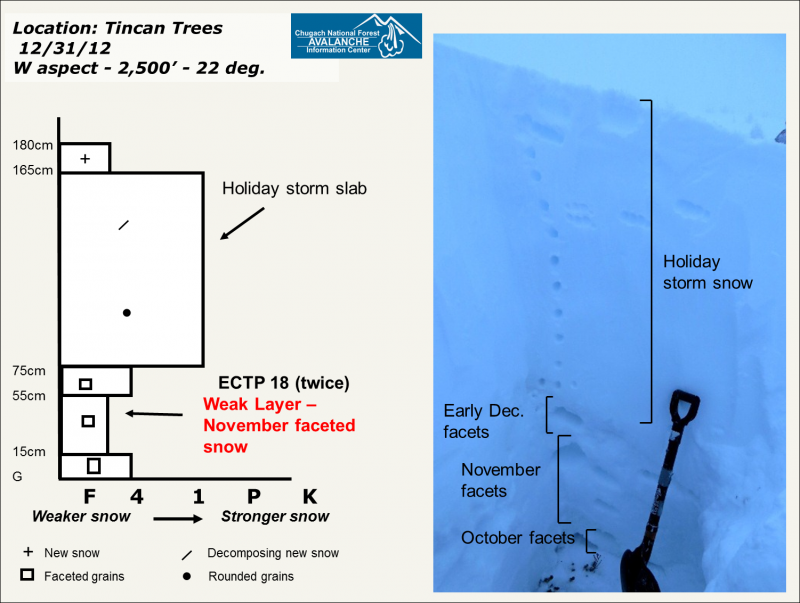