Surface Observations:
Ski cuts on small test slopes produced sloughing and shallow (6-8″) slabs to
release on terrain over 40 degrees.
Wet layer 5-7″ below the surface snow, approximately 1″ thick (formed by warm &
wet conditions on 2/2), beginning to freeze.
Poor visibility limited our ability to see or investigate a reported (from 2/2)
skier triggered slide higher up (2,800′) on Tincan. We could see several small
chunks of debris.
Rain/snow line hovered around 1,400′ today.

Pit results/Deep slab thoughts:
Looked in a location that might still be harboring potential for the deep slab
problem, at 2,400′. Strength tests in the upper meter of the snowpack produced
no results at this location. The facets formed in October/November/early
December are still there. They are showing signs of “healing” or rounding. The
facets at the ground are, however still well developed and failed under moderate
stress on a deep tap test. The snowpack 2,000′ and below has undergone 4 multi
day periods of warming and rain in the last month and does not show the
potential to produce deep slab avalanches. This pit showed us that the snow at
this elevation is still in transition. While it looks better than it did a
month ago, it is has not “healed” to the point where it is trustworthy.

Future problems
We will continue tracking the weak snow at the ground between 2,000′ and 4,000′
to assess the likelihood of triggering deep slab avalanches. 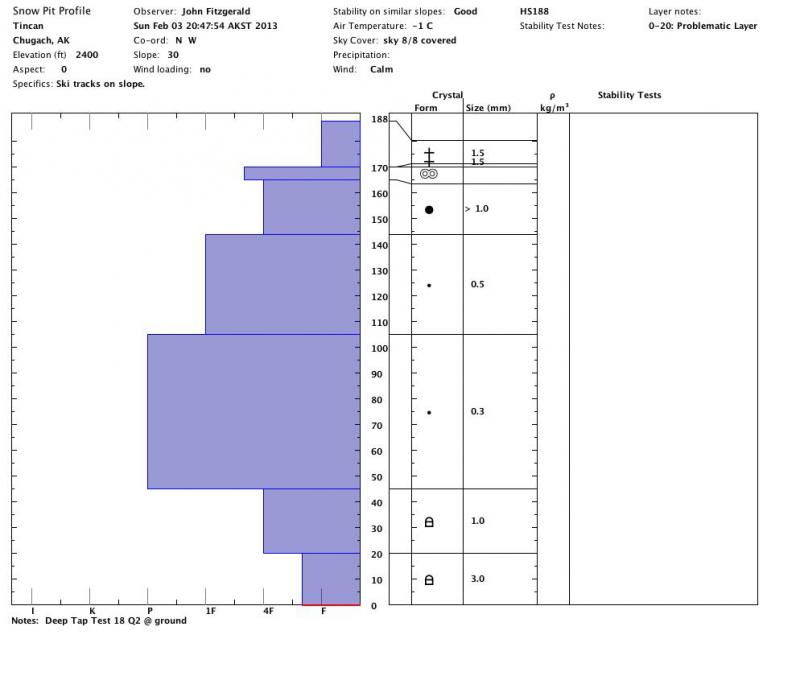 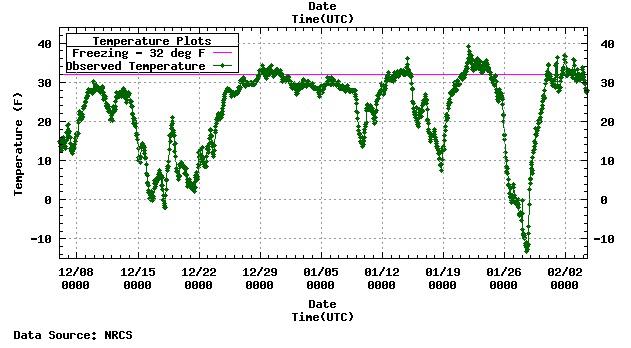