Route: Toured up Tincan to treeline today on the normal skin track up, starting
at 11 AM and finishing at 4 PM.

Weather: Changing clouds ranging from broken through obscured, calm most of the
day except occasional NE winds. Snow accumulation of 1-2″ from 11 AM through 4
PM. No obvious snow transport up high today, but peaks were obscured by clouds
~85% of the day.

Red Flags: Cornices, as mentioned in the forecast, observed at ridge tops over
SW aspects; observed several skiers dropping off cornices without reaction.
Slight previous wind loading at treeline, likely from the day before. More
extensive loading likely at ridgelines.

No collapsing, whumphing, or cracking observed. No recent avalanches observed.

At 2000′ just north of the skin track on a NW aspect, what appeared to be a
crown face on a ~40 degree test slope provided a chance to test the strength of
the soft slab resting on top of the freeze melt crust. Since the test slope was
previously triggered before the latest snow event, the top ~75cm of the snow
pack was undisturbed and unsupported. While chunks of slab could be released
with minimal jumping by a skier, no propagation occurred. 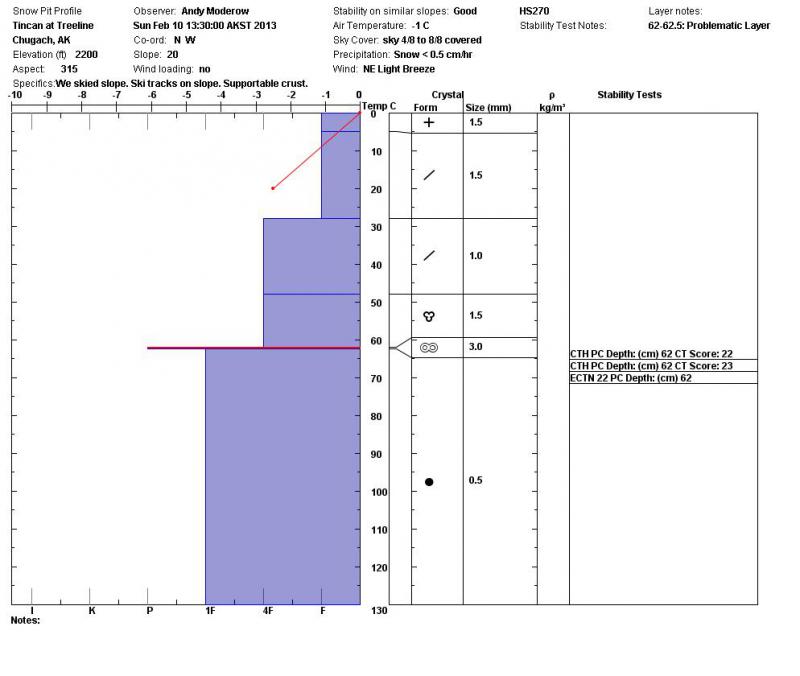 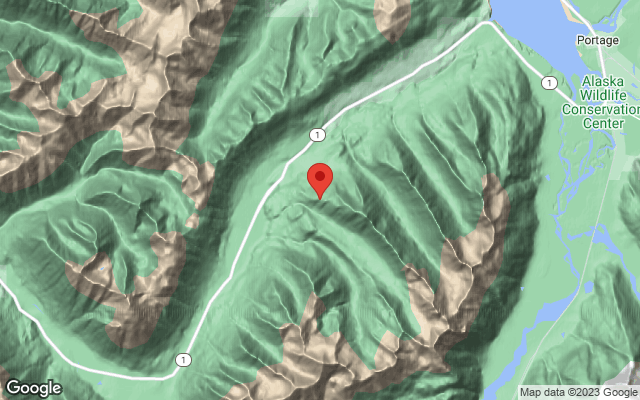