A quick field day on Monday afternoon to check on the amount of snowfall from
the 6-10″ that was forecasted. Well, as of 6pm only 1-2″ had fallen. Temps
were in the teens from the Pass up to treeline but felt much warmer. Winds were
very light and variable.

No signs of instability as very little snow has accumulated.

As of Monday evening, 2-4″ of snow from Saturady 4/6 and Monday 4/8 sits on the
below surfaces in the Turnagain Pass area (Girdwood and south of the Pass have
a bit more snow from these dates).
South- semi-supportable sun crust with weak snow underneath
West and East- mostly unsupportable sun crust with weak snow underneath
North- soft settled powder and wind affected dry snow

In the case we get a big load at some point (in the 18″ to 3′ category), there
are some concerning weak layers surrounding crusts in the top foot+ of the pack.
These are on west aspects – but I’m suspect they are on easterly as well. See
the photo of the pit below. The late Mar snow became quite faceted during the
first weak of April. These near surfaces facets are not especially advanced and
don’t look too exciting amongst themselves, however, where crusts exist above
and/or below they can be a luring weak layer. This is something to watch for if
we begin to accumulate more snow. 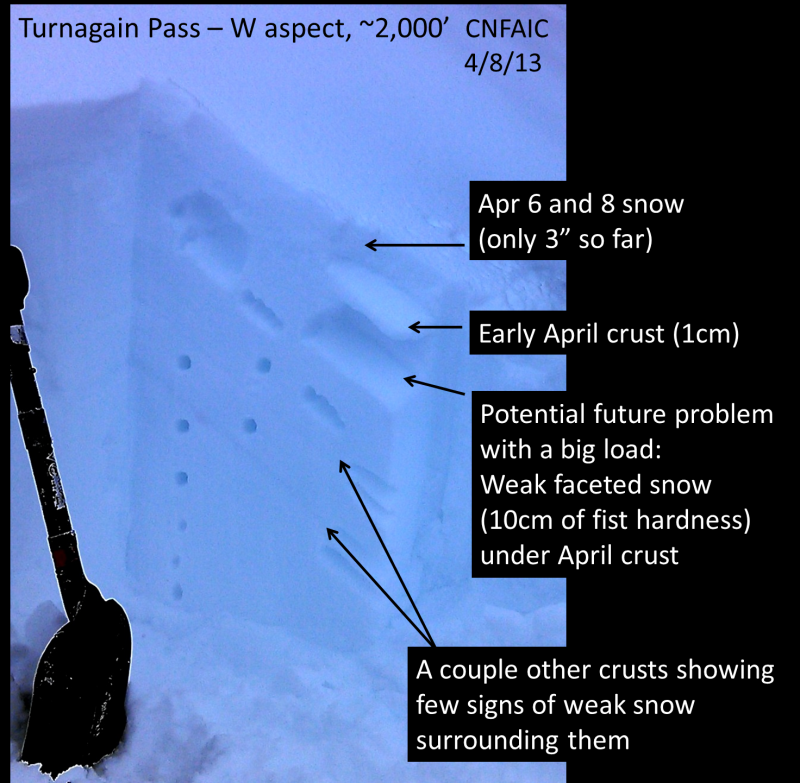 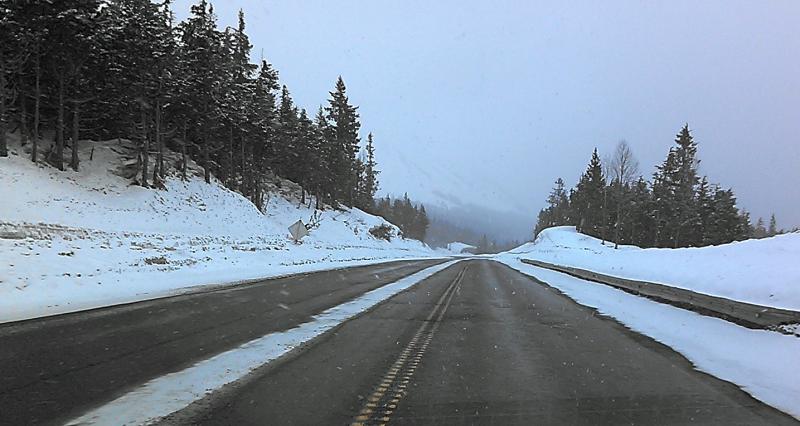 Not much snow today - this was taken on the Pass at 6pm April 8th.