A trip up to Tincan to see the extent of the recent warming event.

Recent avalanches:
Yes. A handful of wet point release avalanches on southerly slopes between
2,000-3,500′. Easy to initiate where surface crusts were melted by daytime sun
(see video). A few naturals were seen on the SE face of Seattle ridge mid-day
(picture). All were gouging into the deeper faceted layers (though the pack is only
15-30″ thick).

Other signs of instability:
Warming on sunny slopes.
No cracking or collapsing.

Snowpack:
The pack was isothermal on sunny slopes with moist facets to the ground. Photo
below. In areas out of the sun the pack appeared to be close to isothermal with
a surface crust.

Surface conditions:
Crusty.
Almost all surfaces sport a rough surface crust anywhere from 2-5+mm. Surface
hoar (2mm) sits on top of this crust in most areas from valleys to ridgetops.
Southerly facing slopes were wet mid-day due to daytime solar radiation. 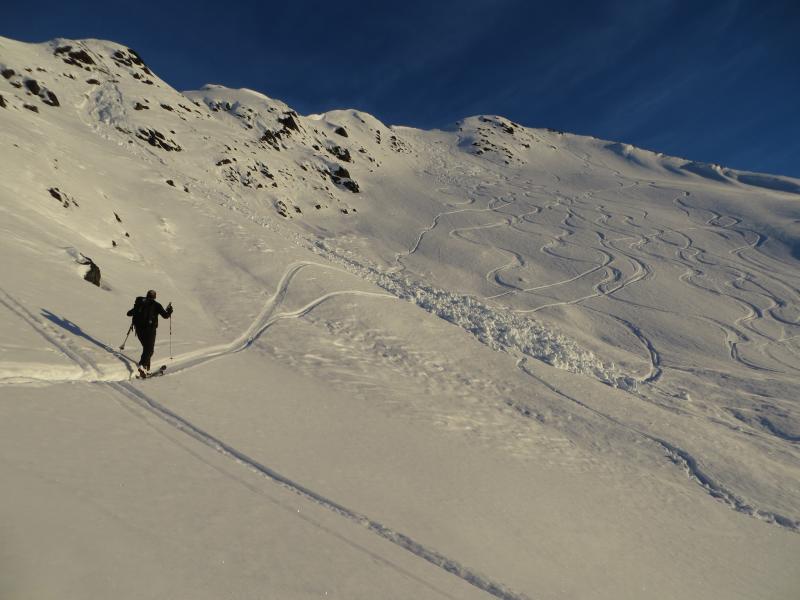 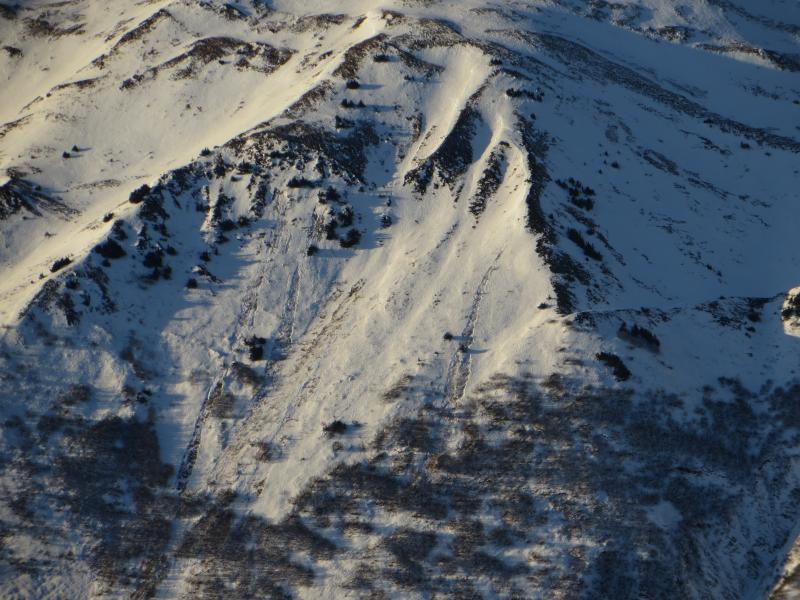 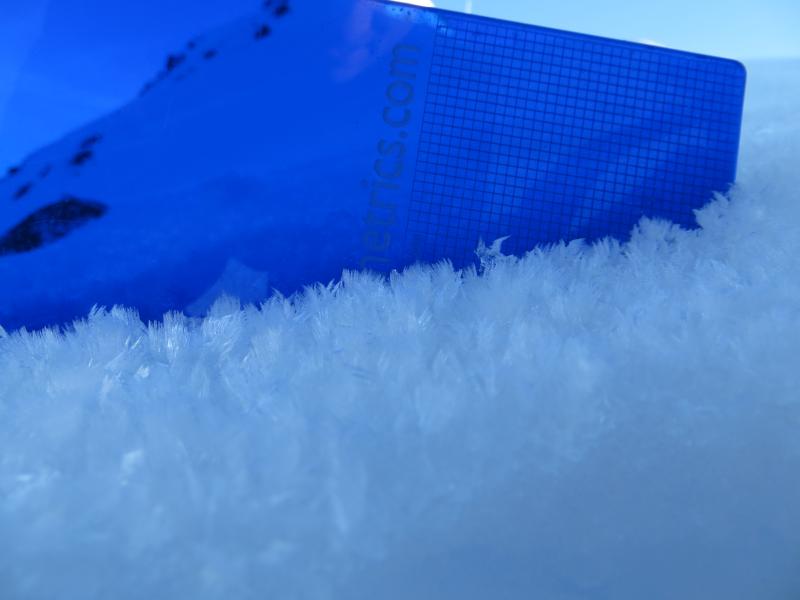 Surface hoar from 12/7 on crust 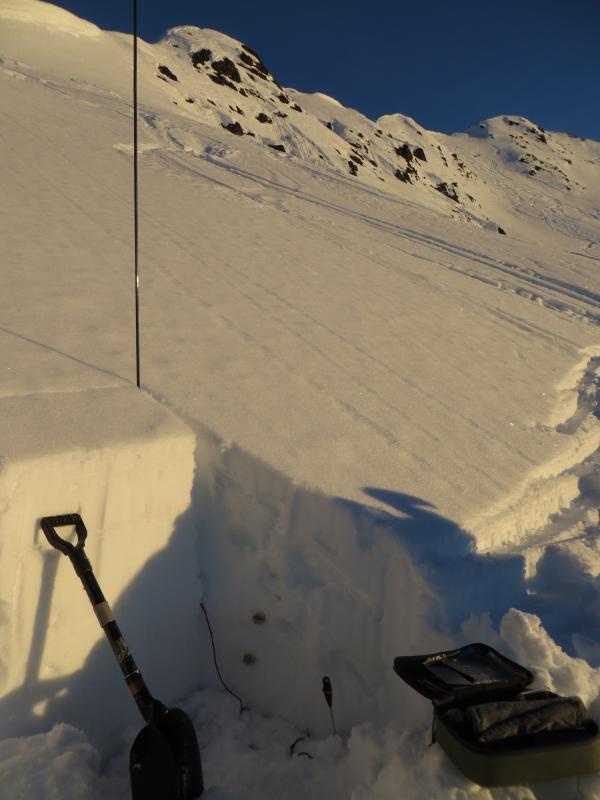 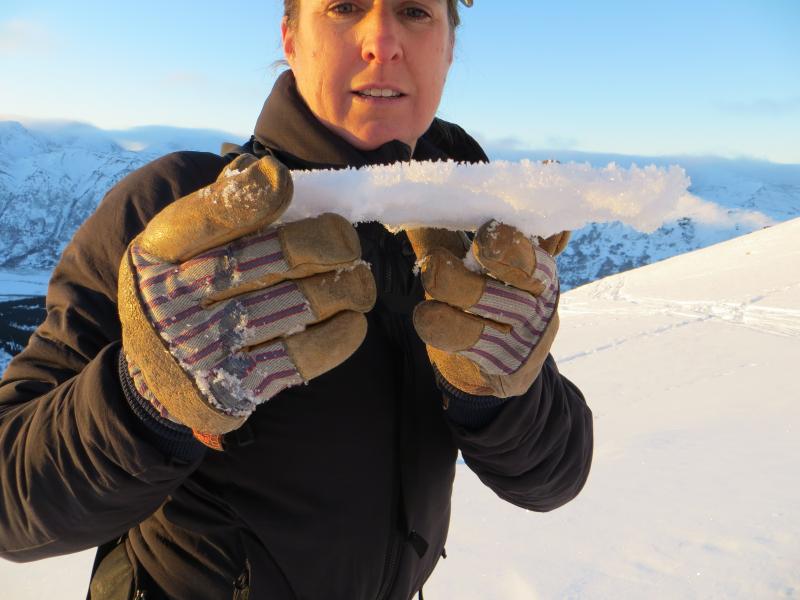 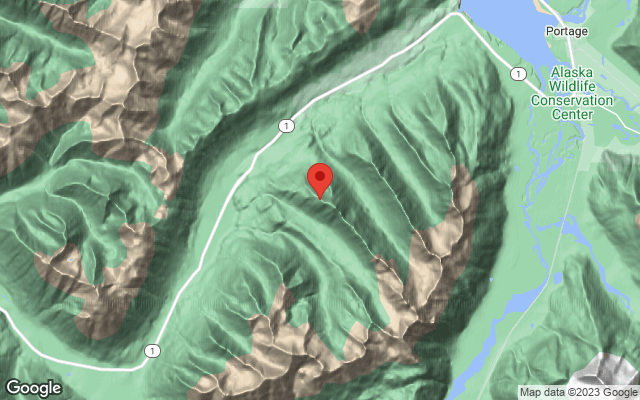