A storm day trip up Tincan as far as visibility would allow. Which was not too
far above treeline, we topped out around 2,900′.

Signs of instability:
Recent avalanches – Yes.
– A few small human triggered wind slabs on the usual steep rollovers near
treeline, above the Tincan trees (2,500′, W facing 10-14″ deep running 50′ – see
photo).
– Sluffing in the loose new snow.
*Limited visibility hampered any travel or a look to see above treeline
where winds had been/were blowing.

Collapsing – Very localized and into the facets below the early Dec crust.

Snowpack:
The new snow is quite loose and only forming slabs in areas with wind loading.
Also, the new snow is sticking fairly well to the preexisting surface crust (early Dec
crust). Again, we were only able to see so much today. But that said, signs
point to the weakest layer for this loading event to be within the new storm
snow. The facets below the early Dec crust are weak but more of a load is needed
to break into this layer. (snow profile below) 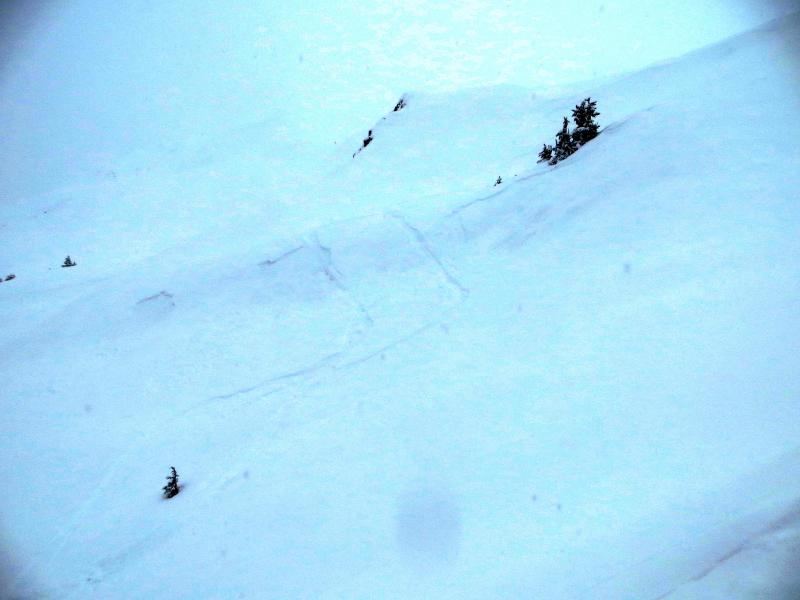 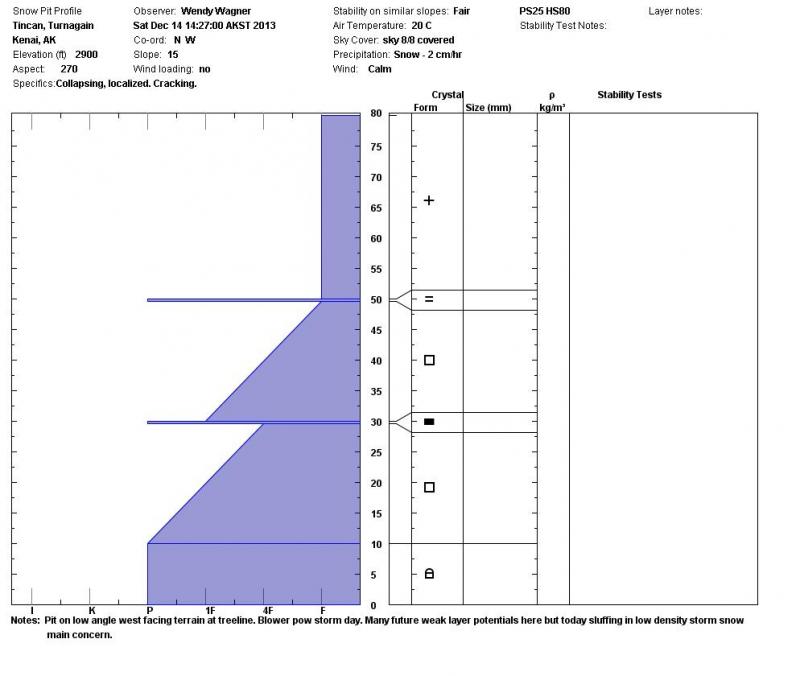 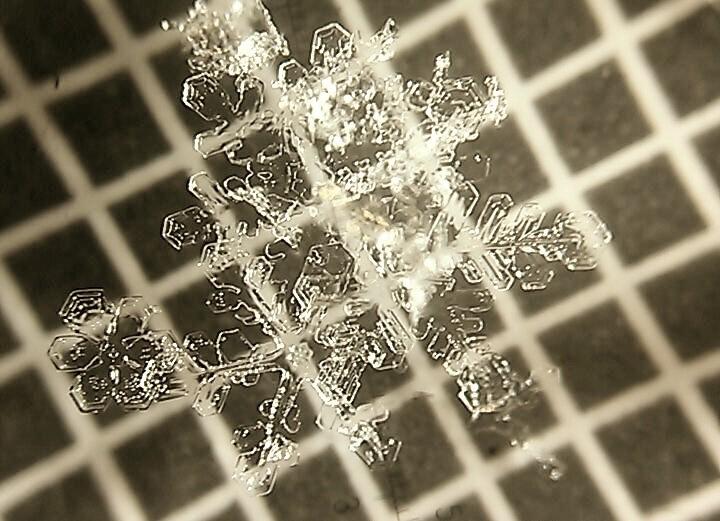 Aggregated dendrites and sector plates - You know what that means? Blower pow :) 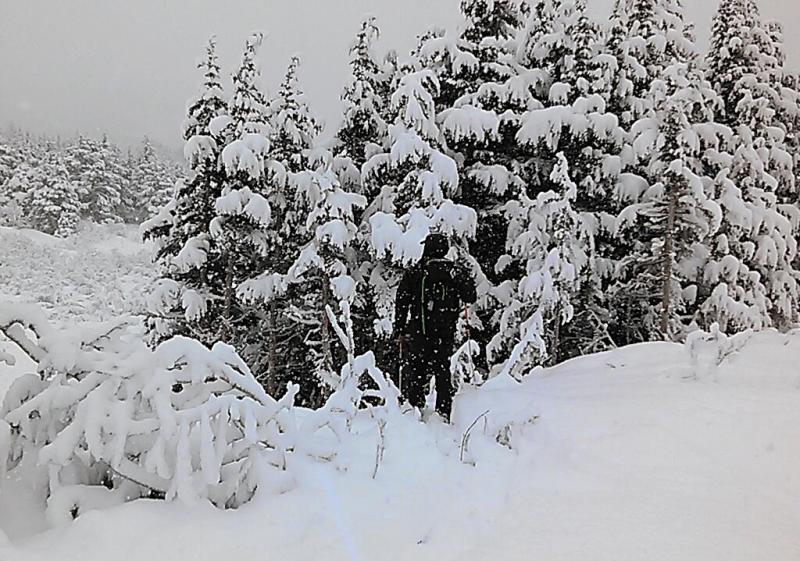 Good to see some snow bending down the alders. 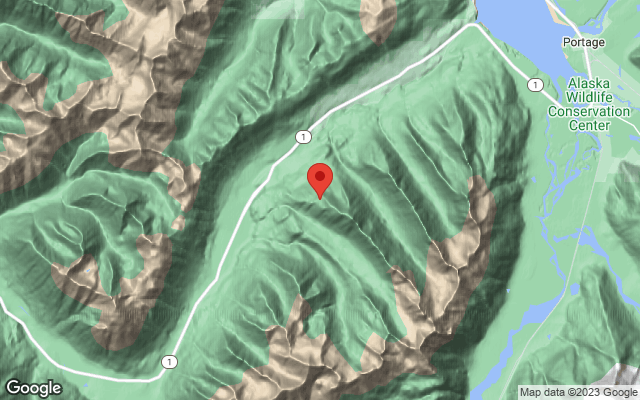