Quick tour to Tincan trees to check out recent avalanche activity and assess how reactive 1/10 buried surface hoar layer is.

A small layer of surface hoar on the surface on top of about a foot of soft new snow.

We dug pits in two locations in the treeline elevation band (1400' and 1900') and found a layer of buried surface hoar 60-70 cm deep in both locations. At our lower pit we triggered several collapses in the area and had propagation in several extended columns tests with 12-13 taps. Our compression test also failed on 12 taps and had a sudden collapse in the surface hoar layer. These were remarkably consistent results which is probably due to the soft slab on top with fist to four finger hand hardness. 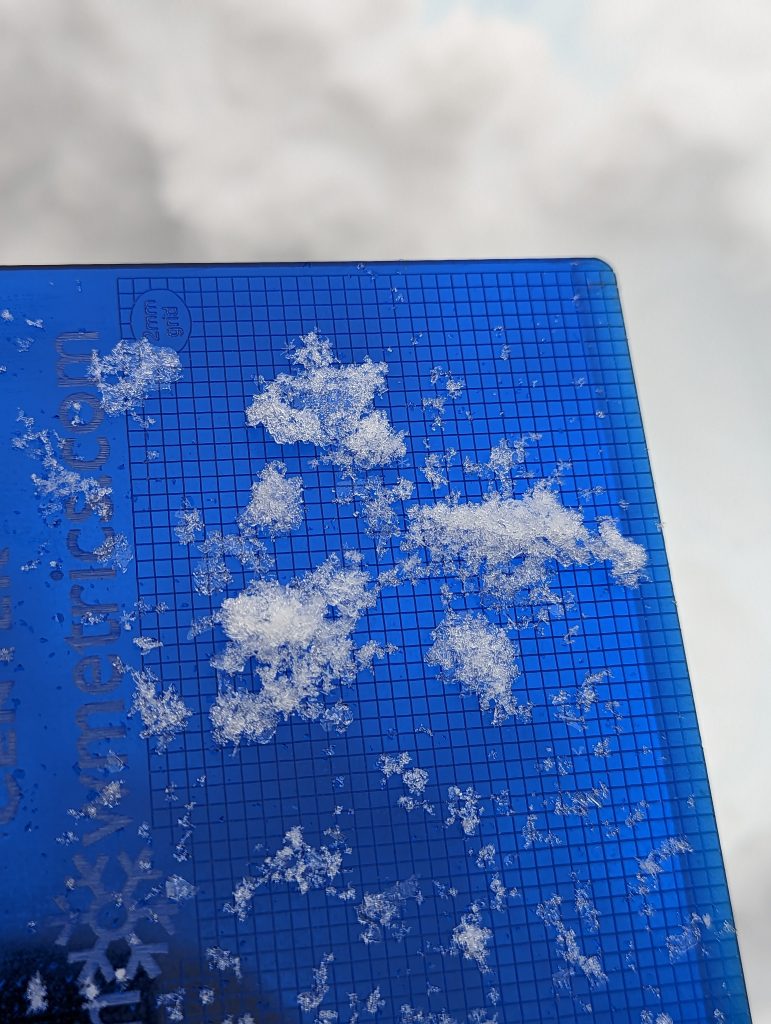 Large surface hoar grains buried about 60 cm deep at our lower pit at 1400'. 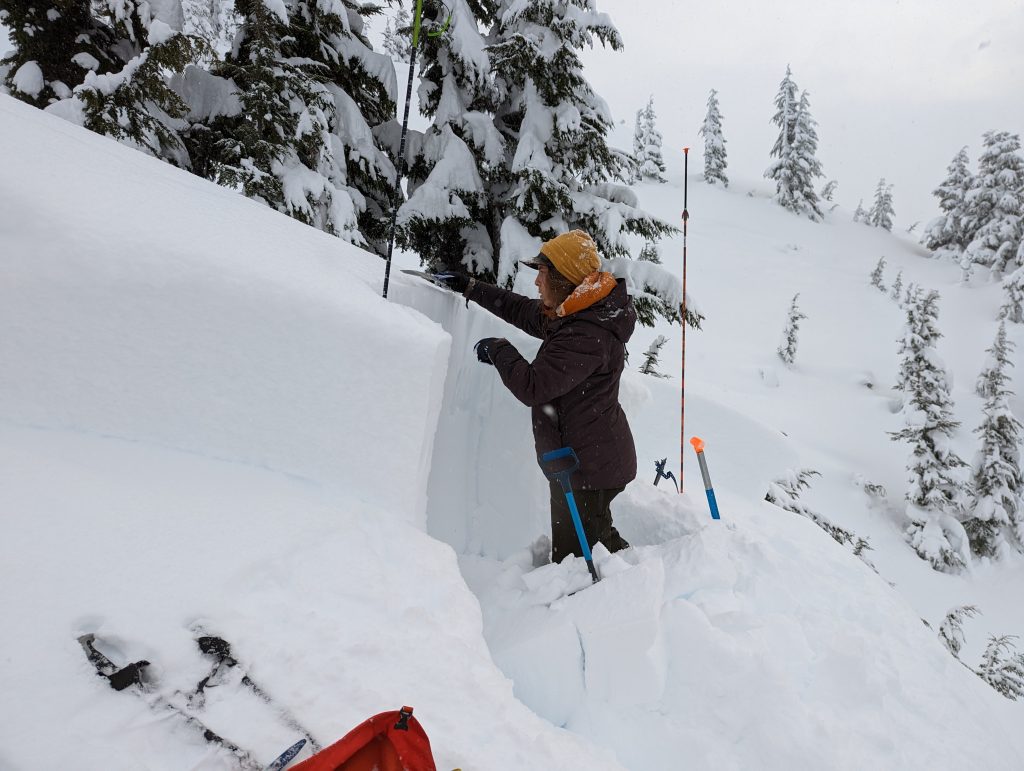 The new CNFAC intern checking out the weak layer on one of the avalanches that released on the steeper rolls in the Tincan trees. 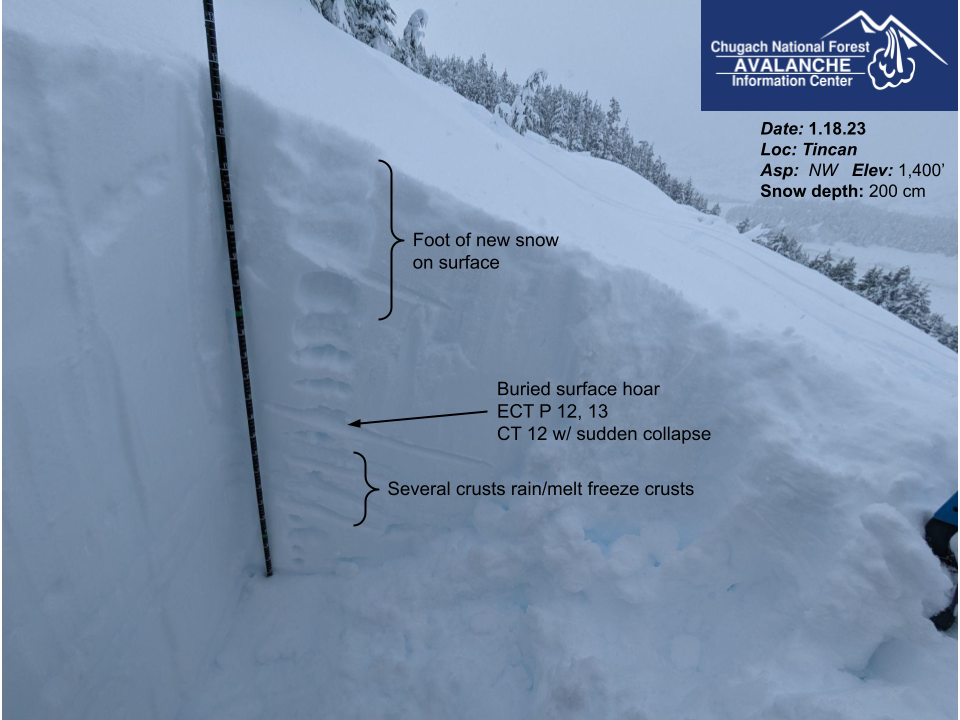 Snowpit at low elevation on Tincan in an area where we had several collapses on buried surface hoar. 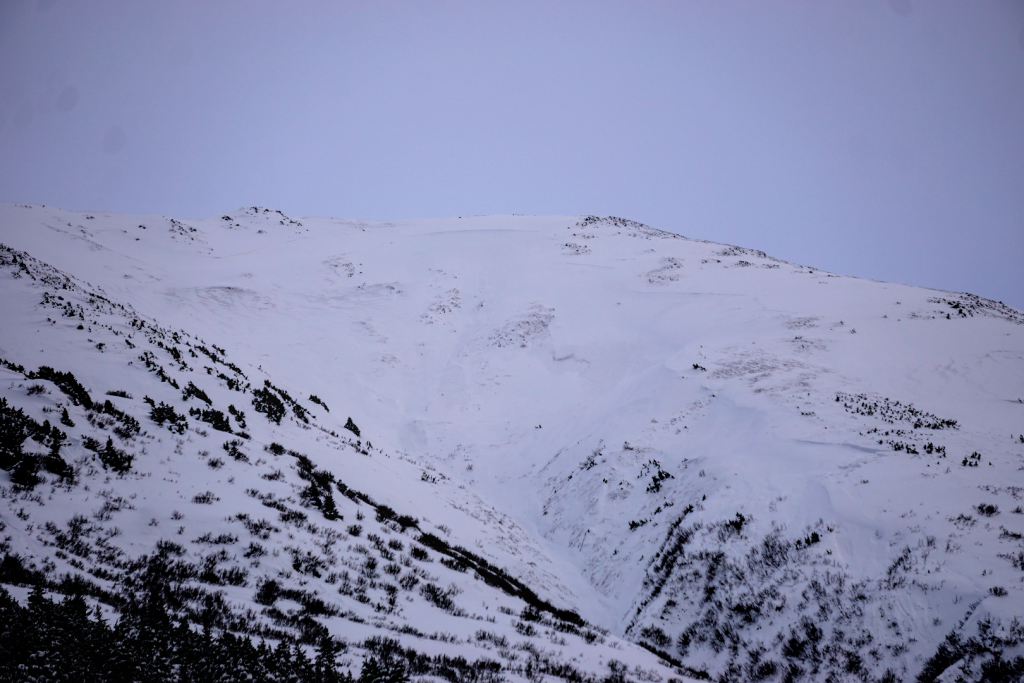 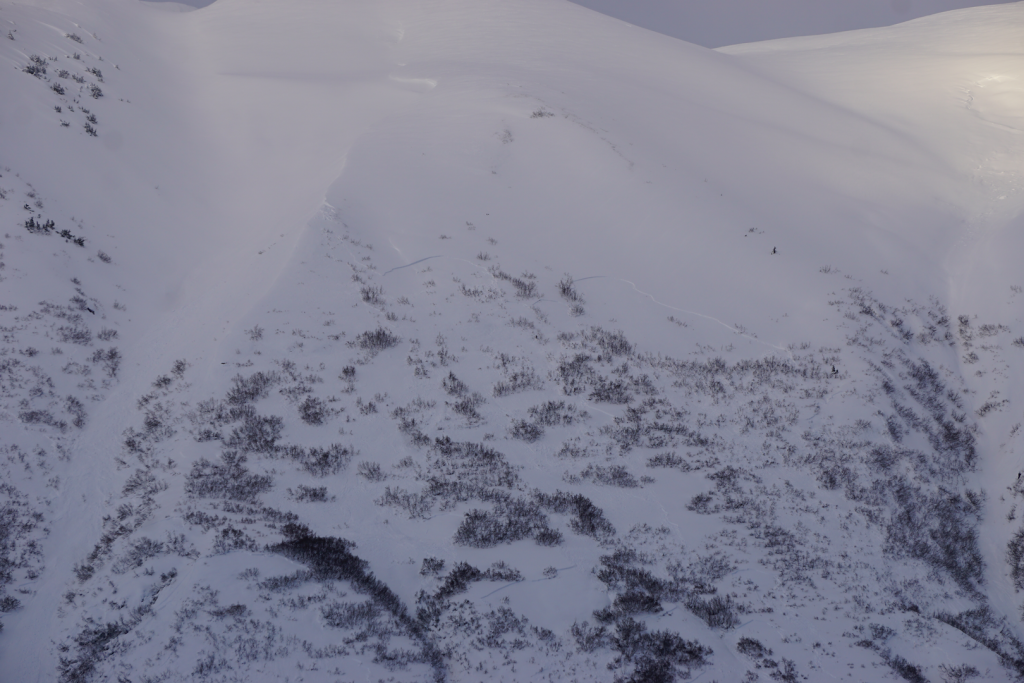 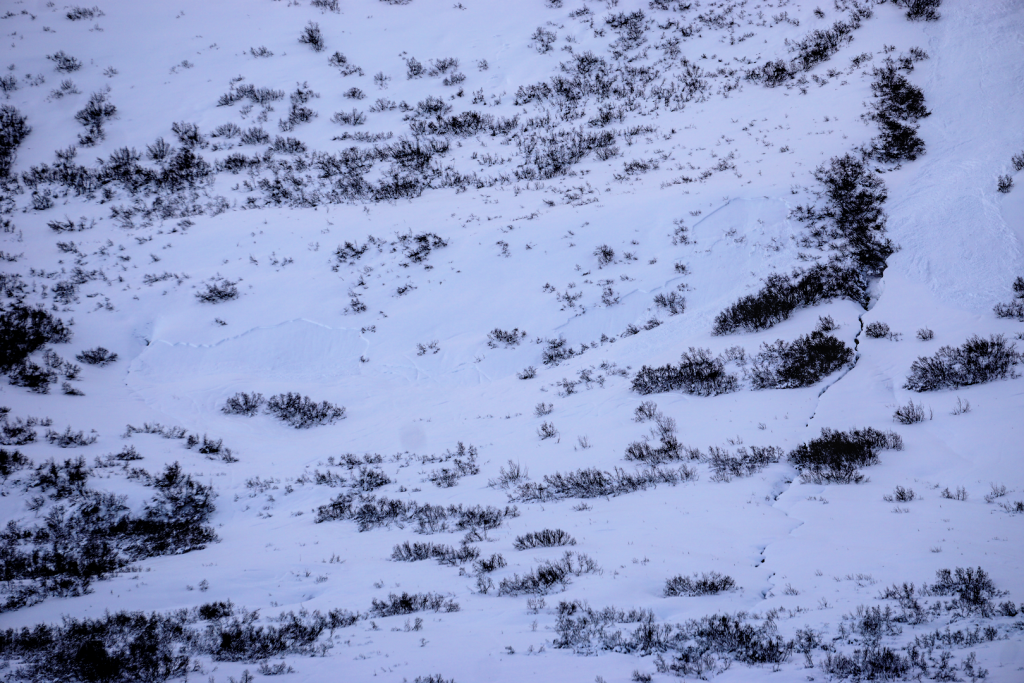 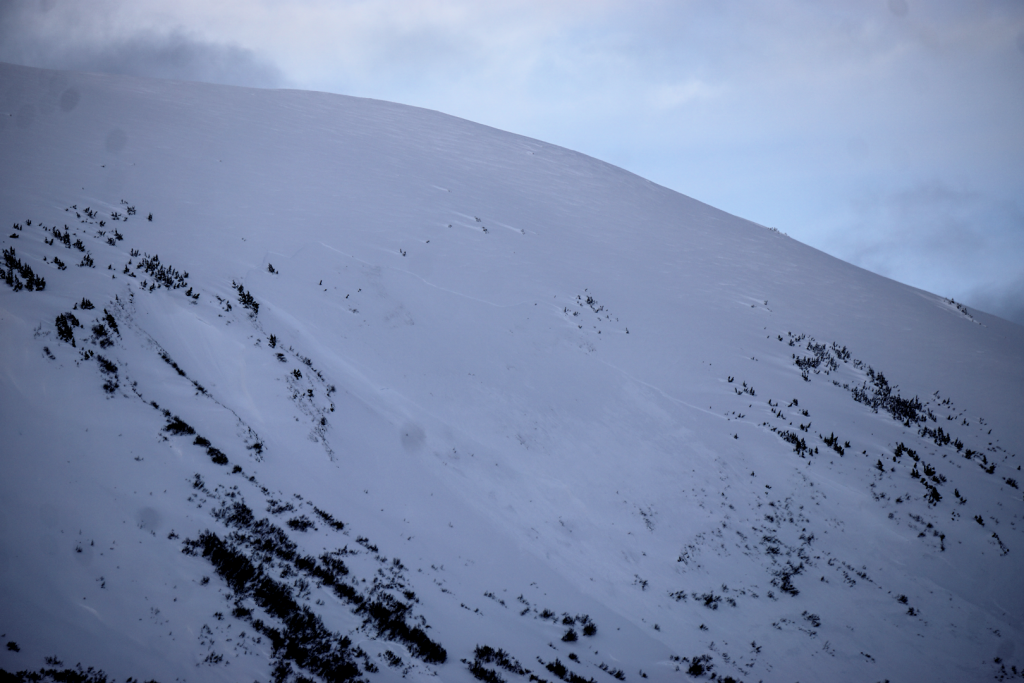 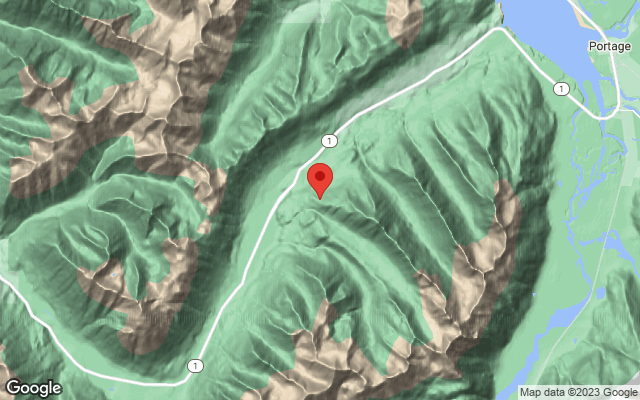