Did a quick lap up to treeline on Tincan to look at how the now snow is bonding to the old surface and see if we could find the older 3.2 surface hoar.

Some small naturally triggered wind slabs off of the lower portion of CFR at 2300' on a west aspect.

About 4" of moist new snow at the trailhead with slightly more at treeline. The snow surface was moist on solar aspects and staying drier on northern aspects. There were some loose wet avalanches coming down from steep southern aspects, including the faces of many cornices.

We dug several hand pits on the way up and found the surface hoar that was created on Monday underneath the 4" of new snow. This sheared easily in hand pits. The surface hoar was sitting on top of 2-3" of first hard decomposing new snow.

At 2400' on a W and NW aspect we dug a set of snow pits to look at the older 3/2 buried surface hoar. The results were consistent, with ECT N 23, 26 on the layer of BSH about 16-20" down from the surface. It was difficult to see the buried surface hoar in the weak layer without a hand lens and there was a notable collapse when the weak layer failed. 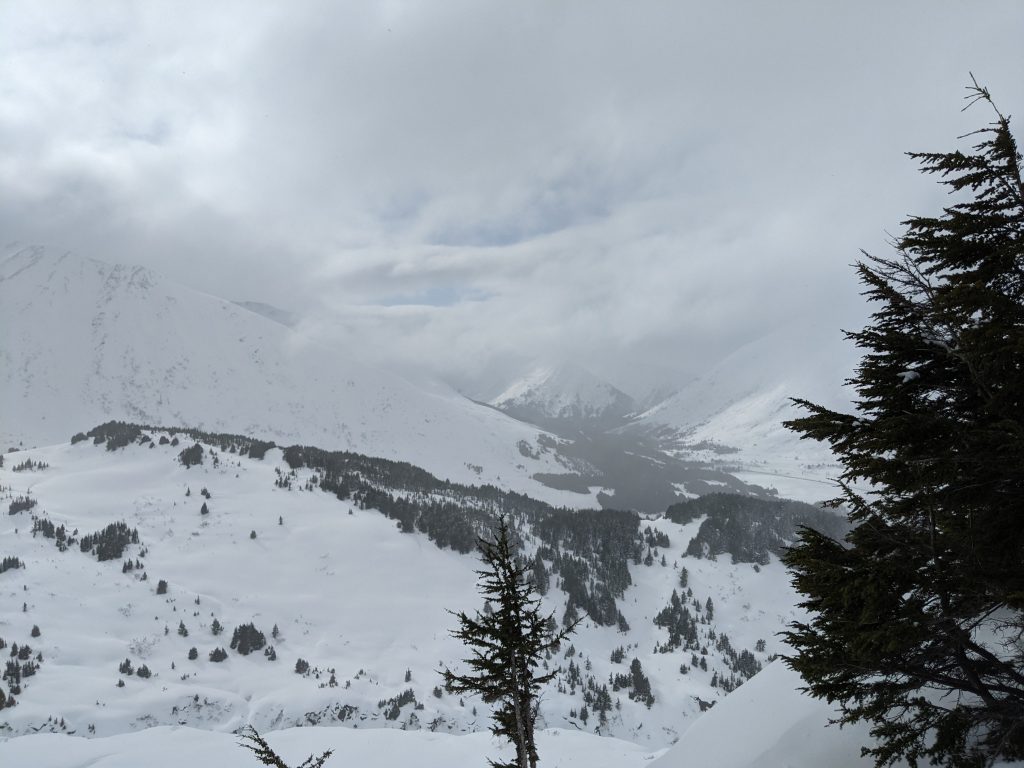 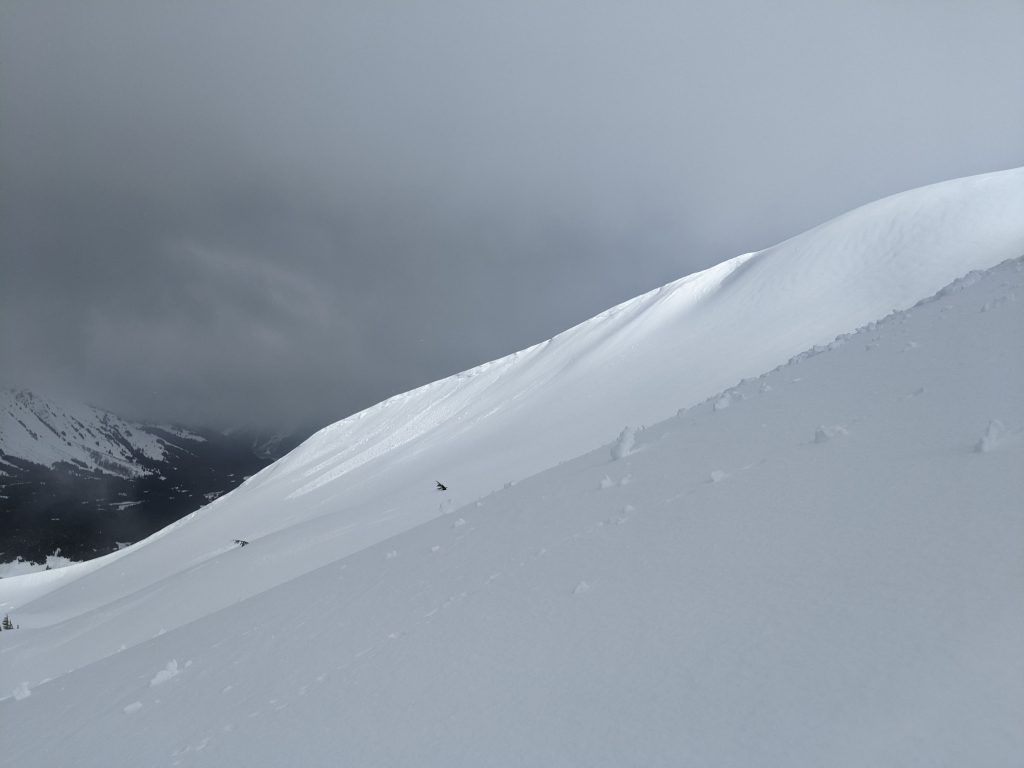 Small natural wind slab at 2300' on W aspect along lower CFR. No wind slabs observed from skier in Tincan Common. 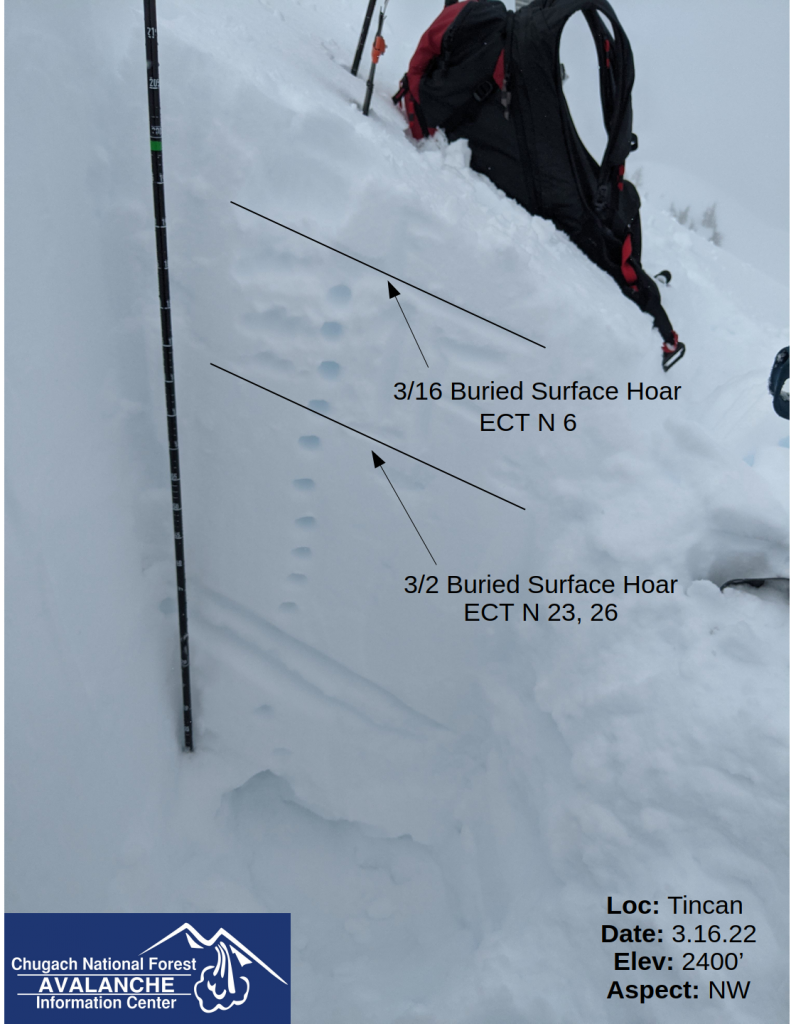 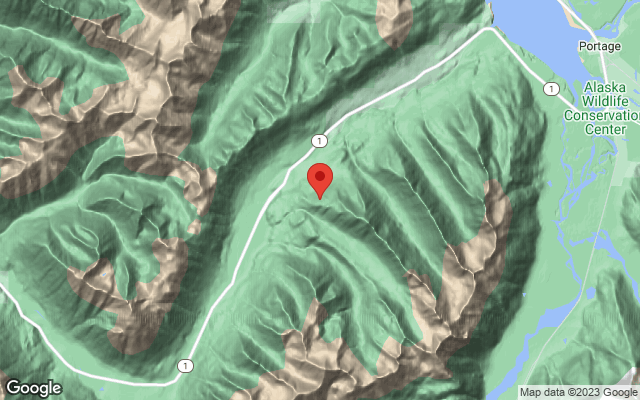