Did a quick round of road obs, and then went to Tincan up to 2500′ for a couple of laps through the trees.

Many trees are overloaded with snow, and the warm temps are helping them shed. Large dense blocks are falling from trees and would be quite painful if someone were to get hit by them. Additionally, tree wells are quite deep and the shedding snow is only making them deeper.

Sorry about the images! The camera lens and/or sensor needs to be cleaned before further use.

Multiple recent avalanches
Small slab on Tincan's CFR, and another slab in a gully on Seattle Ridge near the moto lot (see attached photos).
See Thomas/Predeger ob for large avalanches on Lipps and CNFAIC staff for Girdwood area avalanches.

Broken skies, visibility was in and out.
We felt light but quite consistent winds from the South throughout our tour.

10 inches of new snow. It was surprisingly low density given the relatively warm temperatures. Above treeline recent winds have been strong enough to drift the new snow and create fresh (soft) wind slabs.

We only dug hand pits today. In general, the recent storm snow would take moderate force to shear on an interface between storms (but in some cases we would just pull through the new snow before it broke).

Wind loaded areas gave us the greatest cause for concern today. At 2000' & 2400' multiple hand pits would fail on isolation where a soft windslab (5cm thick @2000', 10cm thick @2400') overlaid low density new snow. Near 2500', another party had skied over a small wind lip where a windslab released and propagated about 25 feet across. (See photo)

There seemed to be some sort of storm interface where small chunks of slab would release about a foot deep on unsupported slope features. See photos. 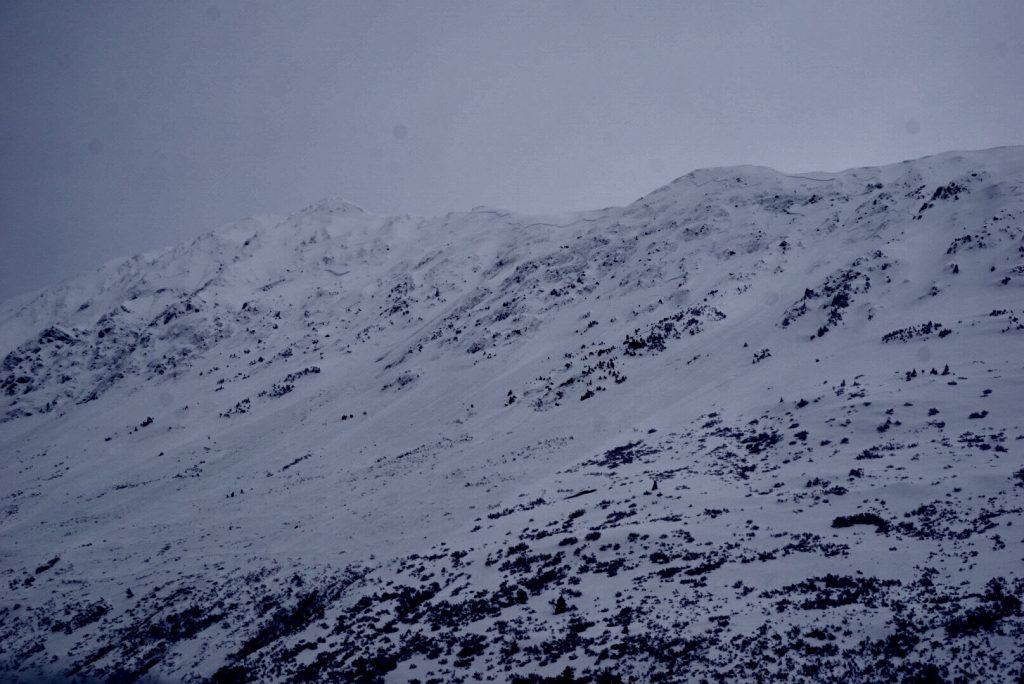 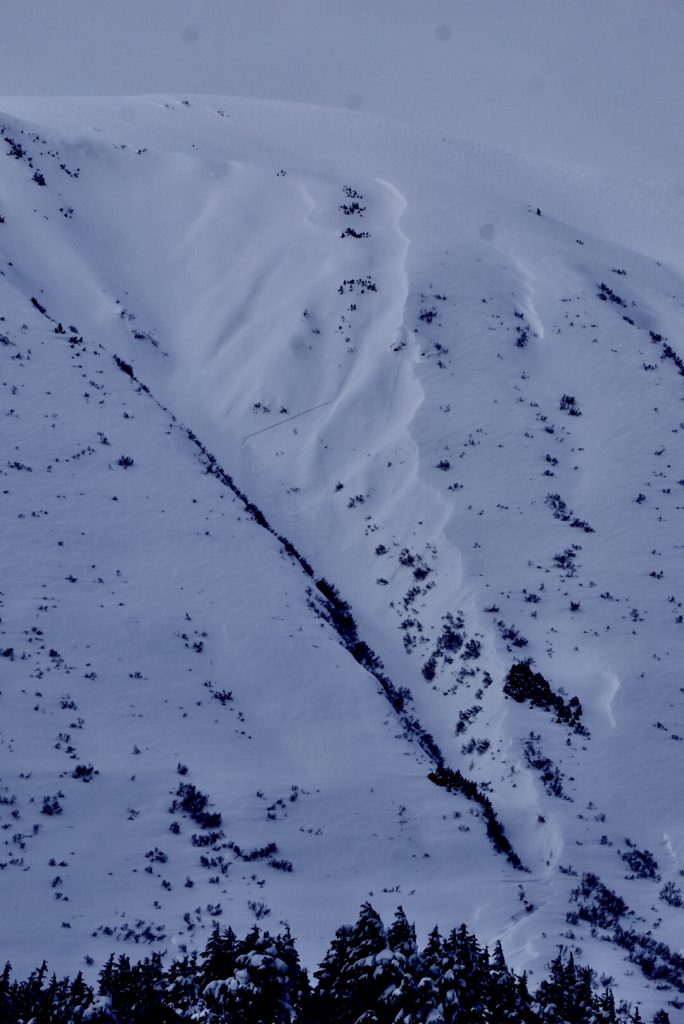 Wind slab on Seattle ridge initiated by a point release 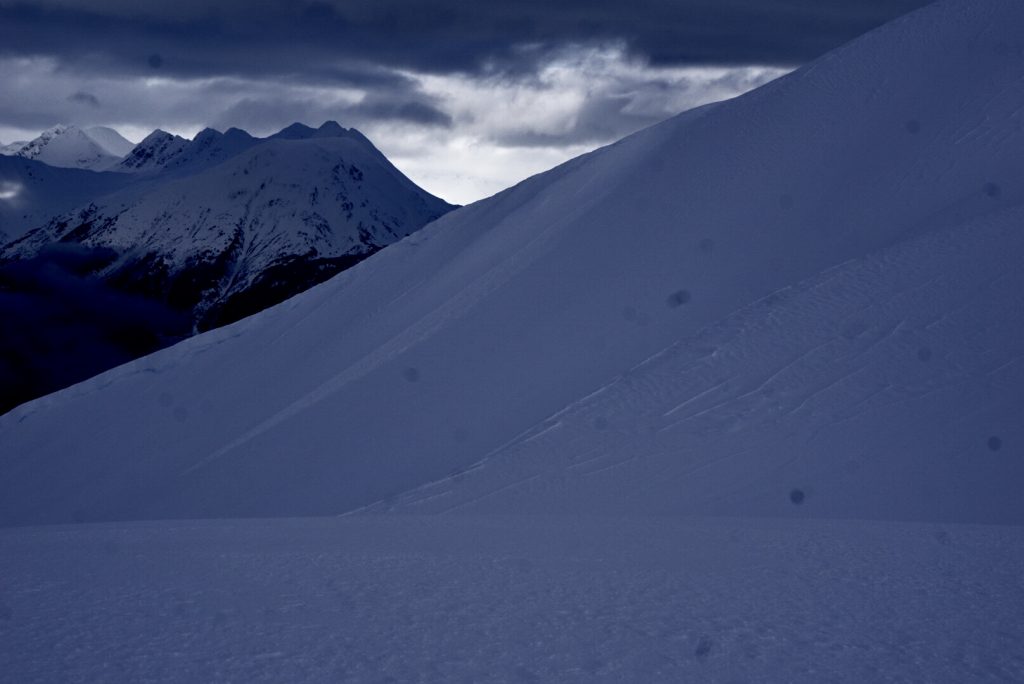 Windslab on CFR. It was hard to make out any crown on this feature but the debris pile is somewhat large. 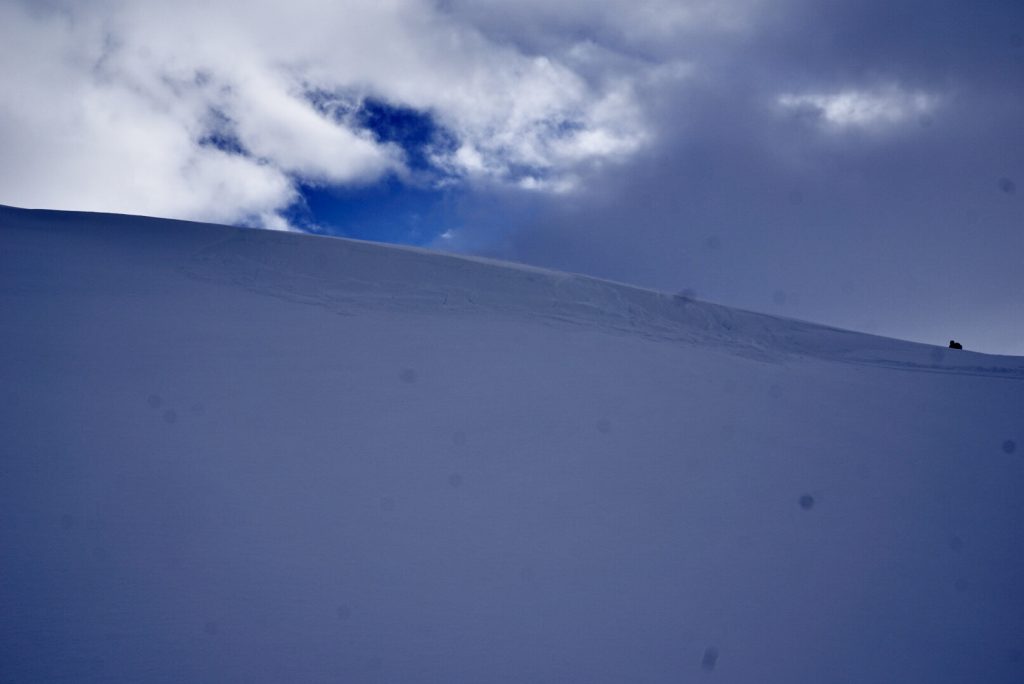 Small release on a windlip but wide enough propagation to be a cause for concern. 2500', North aspect. 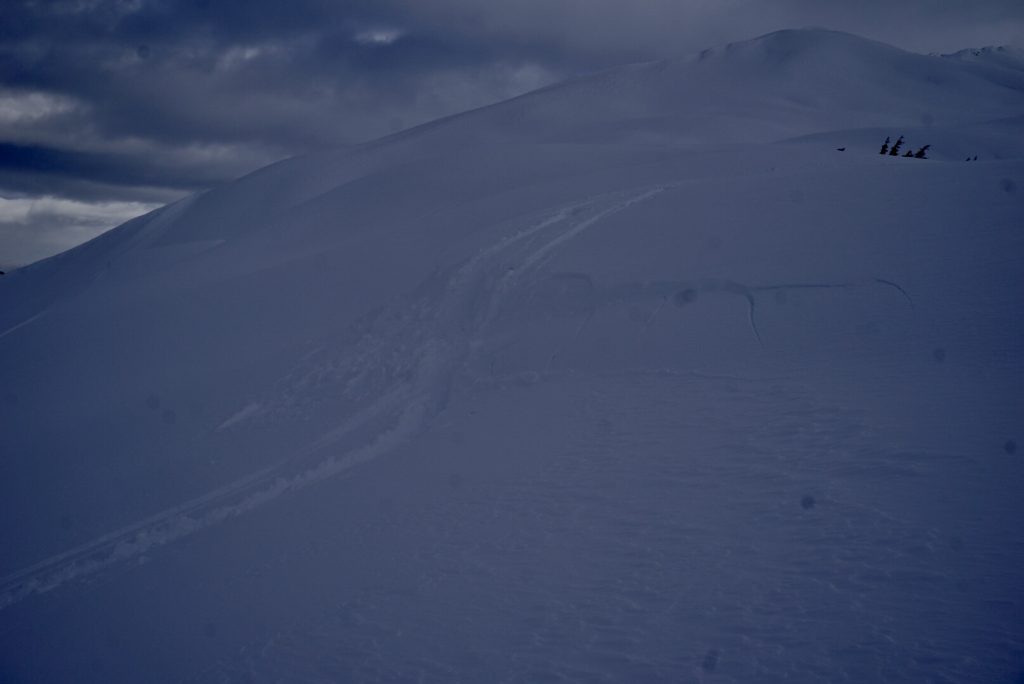 The same wind slab but showing where it was triggered. It propagated to viewer's left around the corner and you can see cracking on the right. 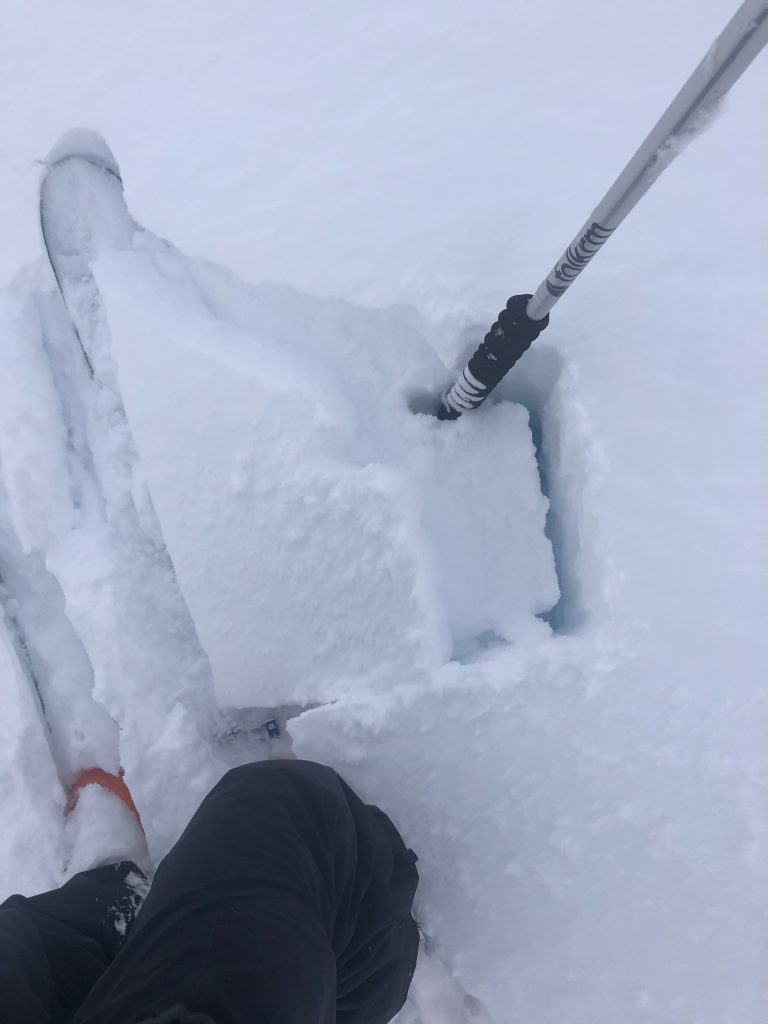 This handpit failed before fully isolated. This was in a wind loaded spot at 2400'. 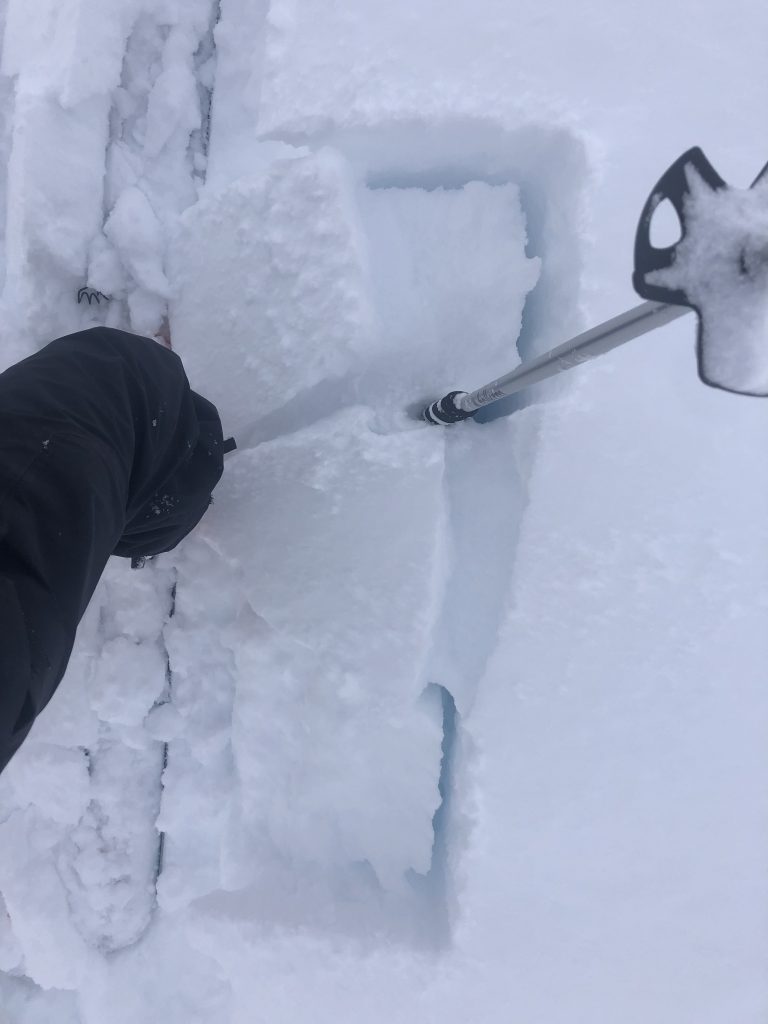 A second handpit failed before isolation but jumped over to the first handpit. 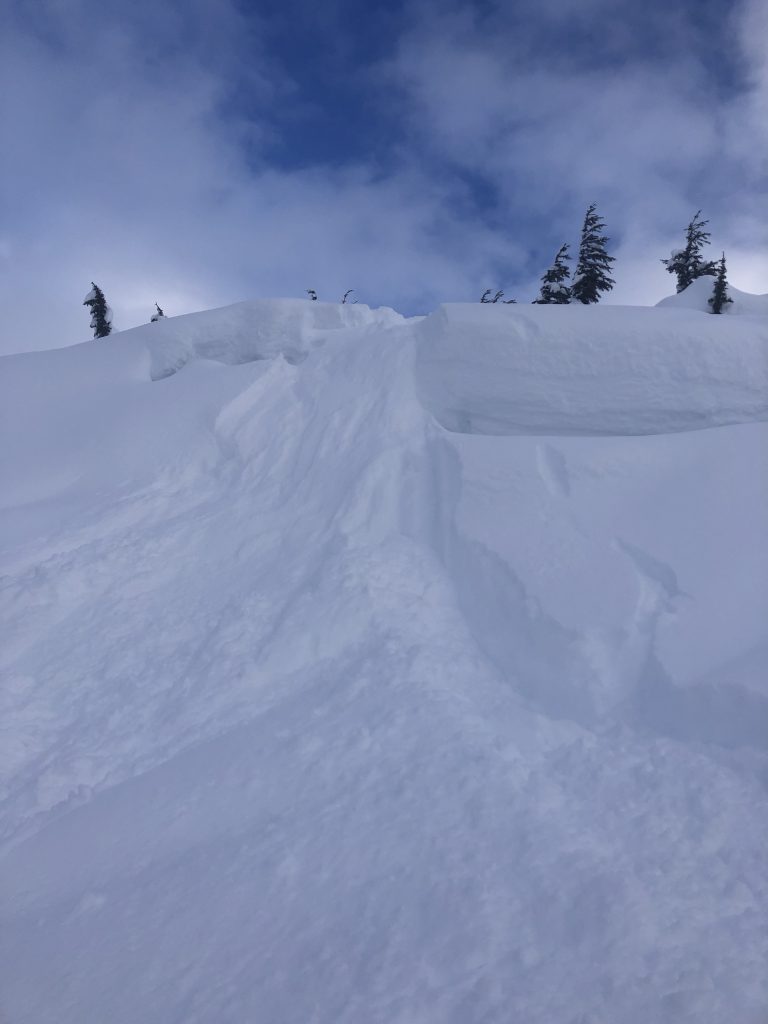 Small chunk released on unsupported terrain feature and entrained the new loose snow as it went down. 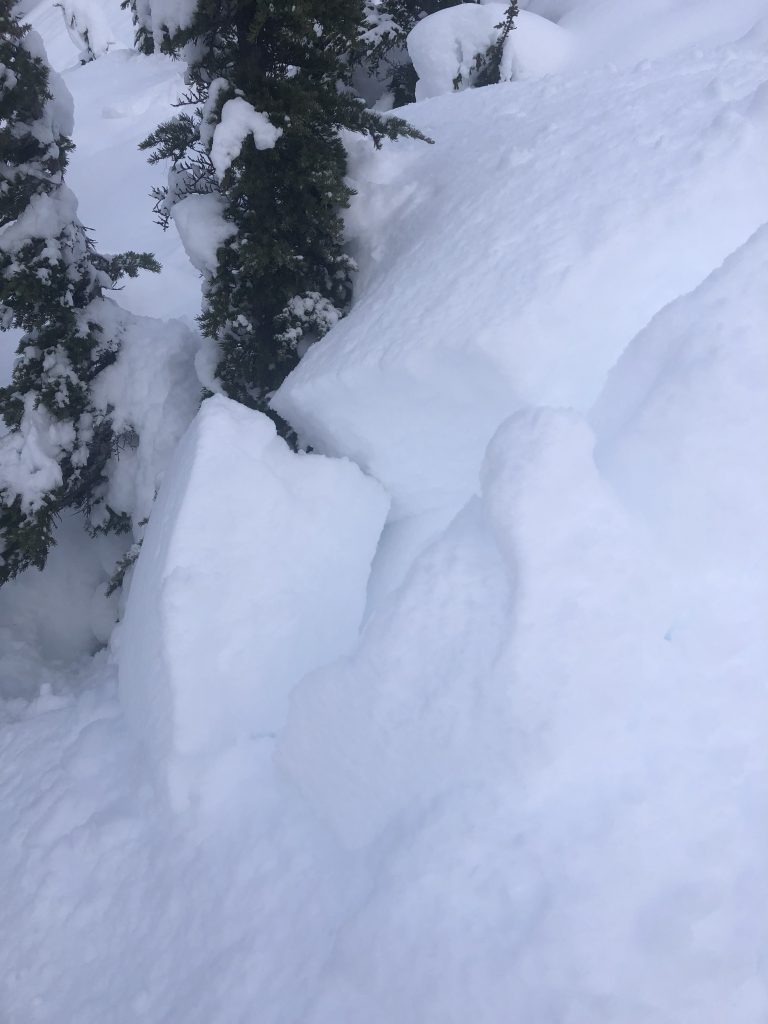 Cracking and failing at a storm interface on a small convexity. 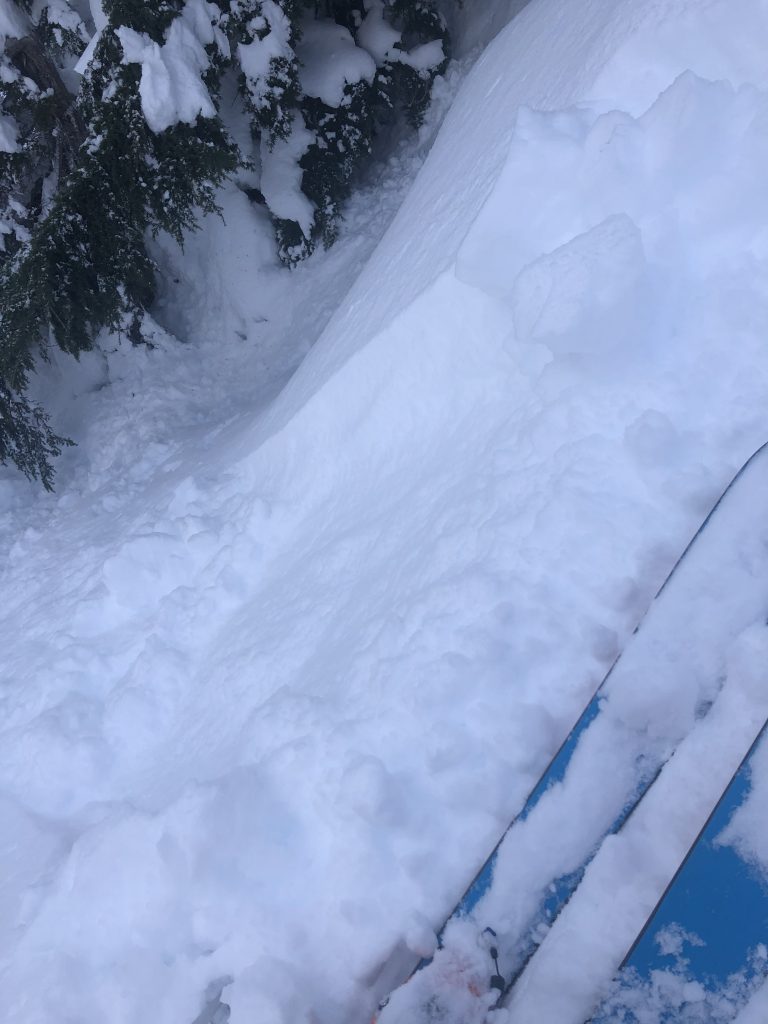 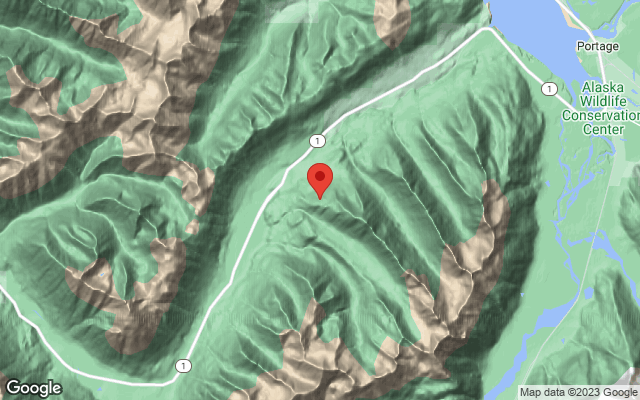