Another day of a few laps in the trees.

Not sure if this was reported elsewhere,
A very small but deep avalanche released on a convex, unsupported rollover. It seemed it was used as a test slope by a skier. It looks to have released 12/7, as there was ~0.5cm of new snow on top of the weak layer. Failed 80cm deep at the interface of the recent barrage of storm snow, and the facets buried NOV 23. Could not identify any buried surface hoar.

Broken skies moving to Overcast as the day progressed. Light snow starting in the afternoon.

**Correction to 12/6 Observation**
Hastily misidentified a layer of buried stellar snowflakes (~45cm deep) as surface hoar, due to the shimmer when viewed from an oblique angle.
The stellars broke in a planar fashion when pulled on in quick handpit, today with moderate force, at 2200'.
This layer did not seem to be a problem as many skiers enjoyed the soft snow on small but steep terrain features.

From the small slab at 2100': Fist hard snow progressively stiffening to 1F snow overlaying 4F facets 80cm below the surface. 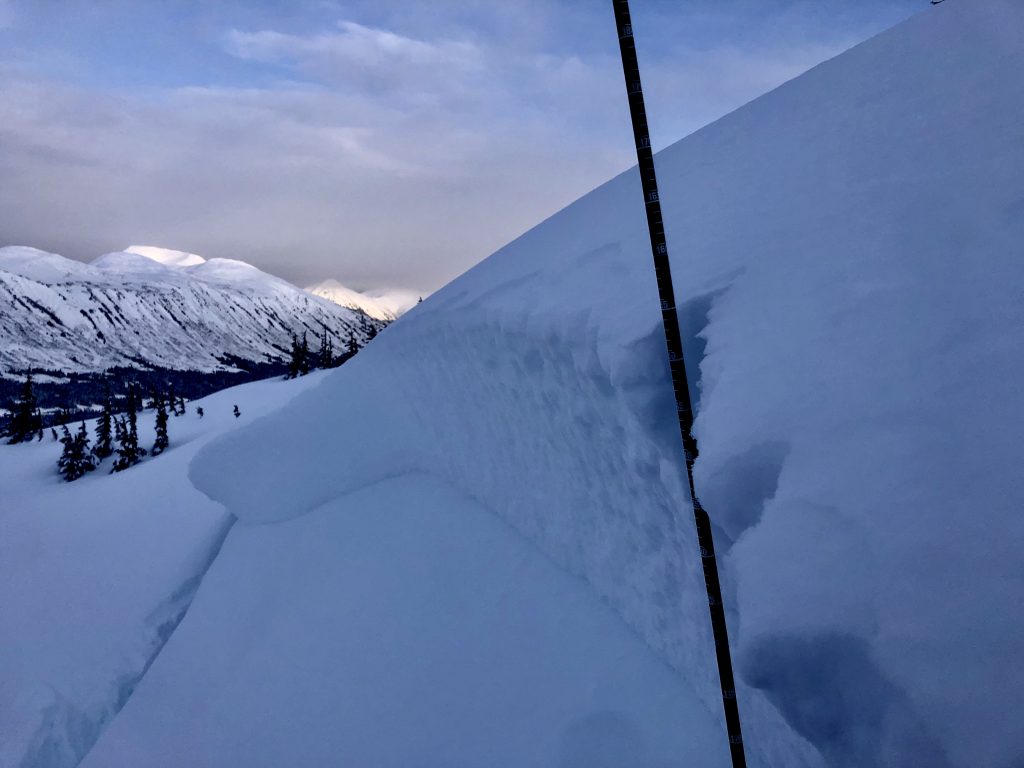 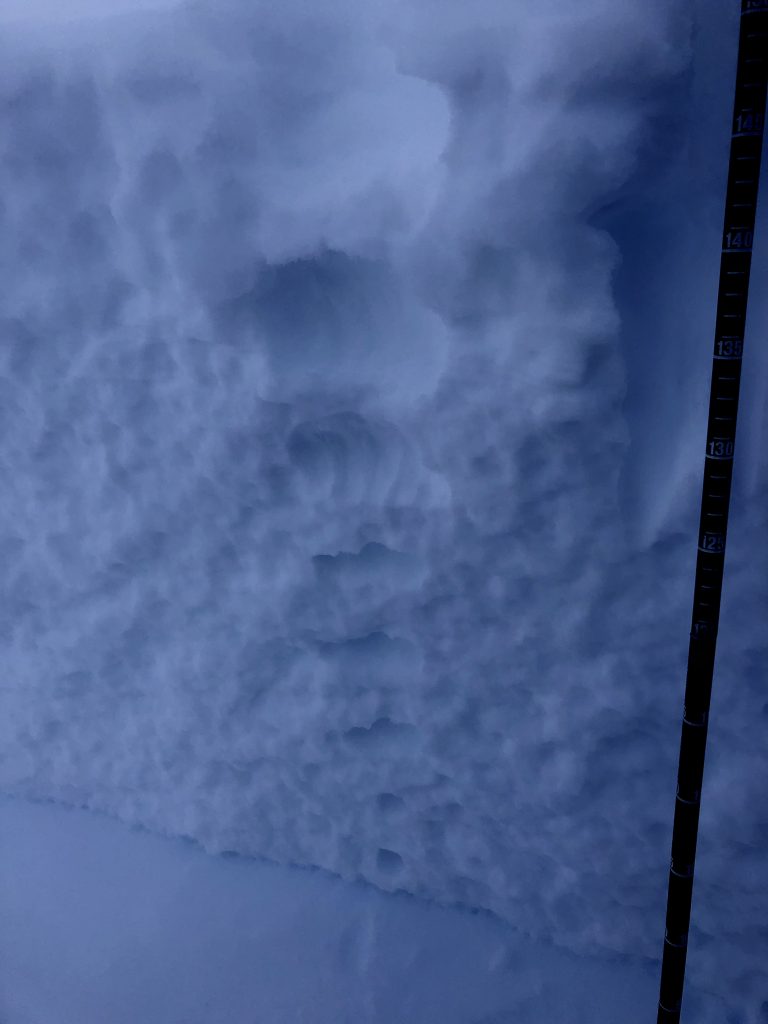 Hardeness profile of small slab at 2100' 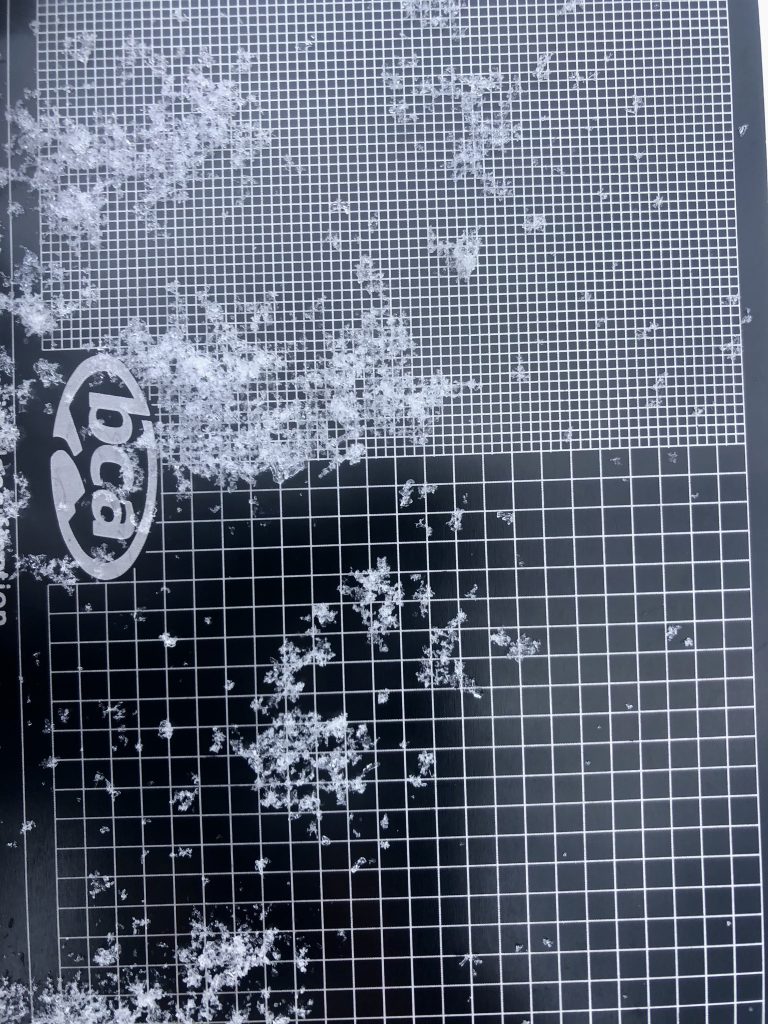 Small faceted grains, the weak layer from the small slab. 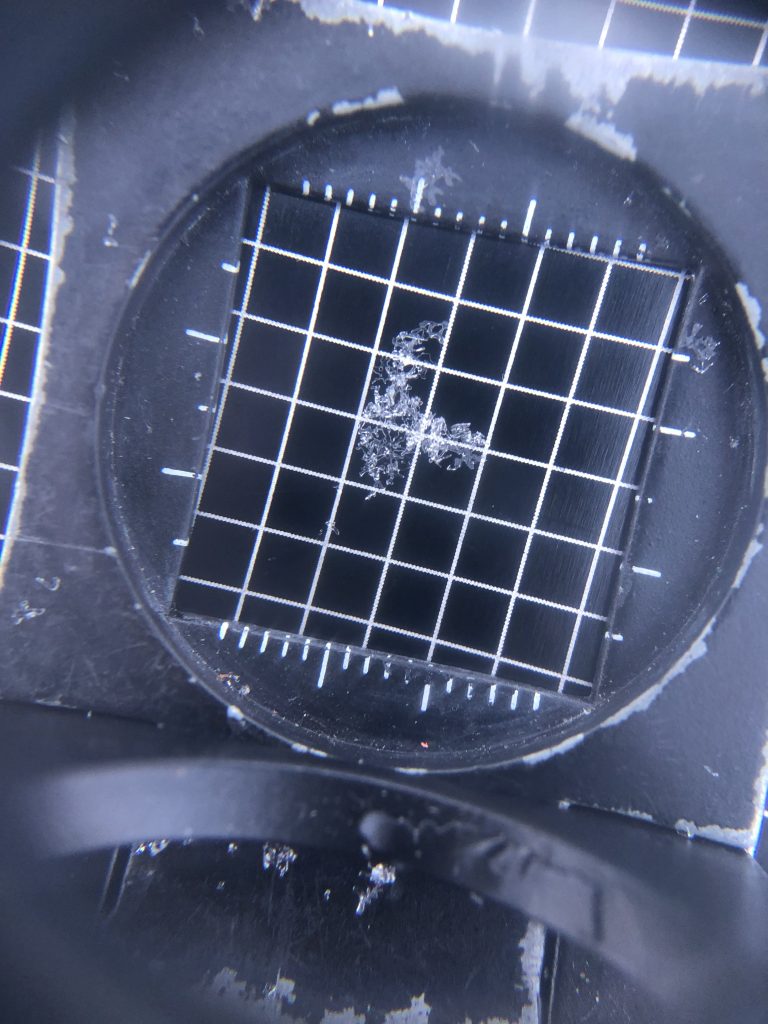 Decomposing stellar snowflakes from handpit at 2200' 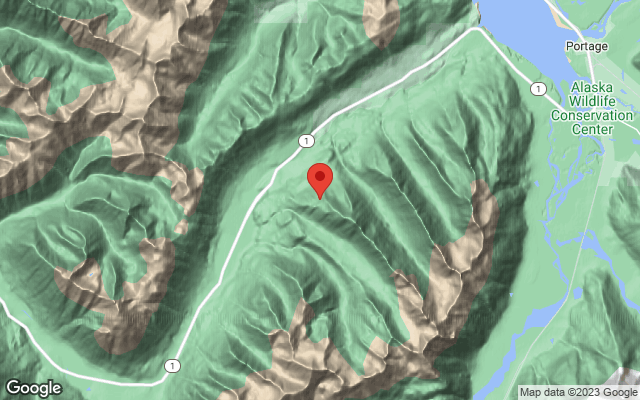