Quick tour up to 2300′ on Tincan via the common up-track. Poor visibility above the treeline.

I did not observe any signs of instability in the Tincan Trees.
There was a report of a pocket that released in facets on an unsupported slope (what looks to be a steep section above a glide crack) just under the top of the trees - photo below.

Obscured skies with some lifting in the afternoon.
Light to moderate southerly breeze. Breezier conditions above treeline, snow being transported at times.
Light snowfall with only a trace of accumulation through the day.
Temps around 30 to upper 20'sF.

Around 20 inches of new snow from the storm that began three days ago (late in the day Sunday 12/5).
Snow was on the slightly denser side than we have seen for a while (9% ish?) and ski penetration was around 1 foot. Boot penetration was more like 2.5 feet.

One snowpit at 2200' on a SE aspect, 20 degree slope angle. Total snow depth- 225cm (7').
Pit appeared to be not traveled previously (hard to do on Tincan these days).
There was 120cm (4 feet) of snow over the mid-Nov facets/BSH. This is a bit too deep for ECT tests, but I did a couple anyhow. Structure was fist hard new snow from the surface transitioning to 1 finger hard snow above the faceted snow. The faceted snow was around 4 finger plus in hardness and that layer was 20-25cm. There was BSH on the top (Nov 23 BSH). I could not find the Veterans Day BSH.

ECTN 17 and 21 at the new/old snow interface 50cm (20") down
ECTN 23 and 27 at the what is likely the interface between storms in late November 80cm (32") down
ECTP 30+ after several very hard hits I could get the facets to react and propagate at the very top of the layer right near the Nov 23 BSH. I could not see BSH feathers in the failure plane on either side of the block.

Bottom line: It took a lot of force, but the facets did propagate. The collapse from the other party is concerning. Between 1200 and 2500' these weak layers sit on the Halloween crust, which only makes the problem worse and provides an excellent bed surface.

No information was gathered from above treeline. 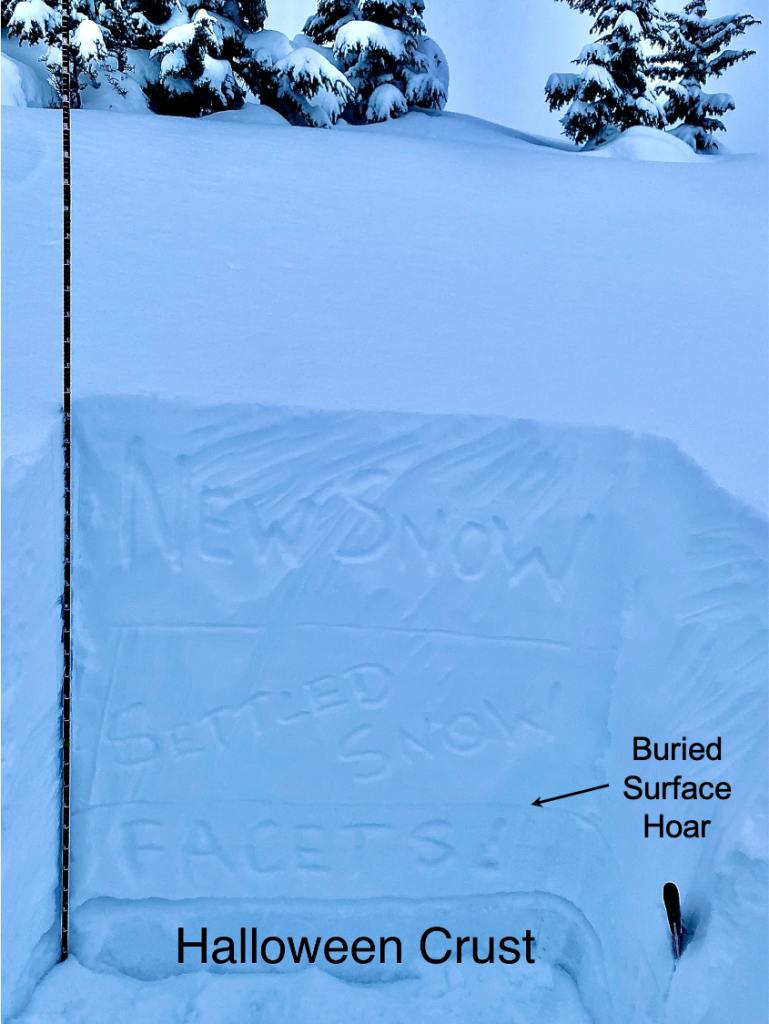 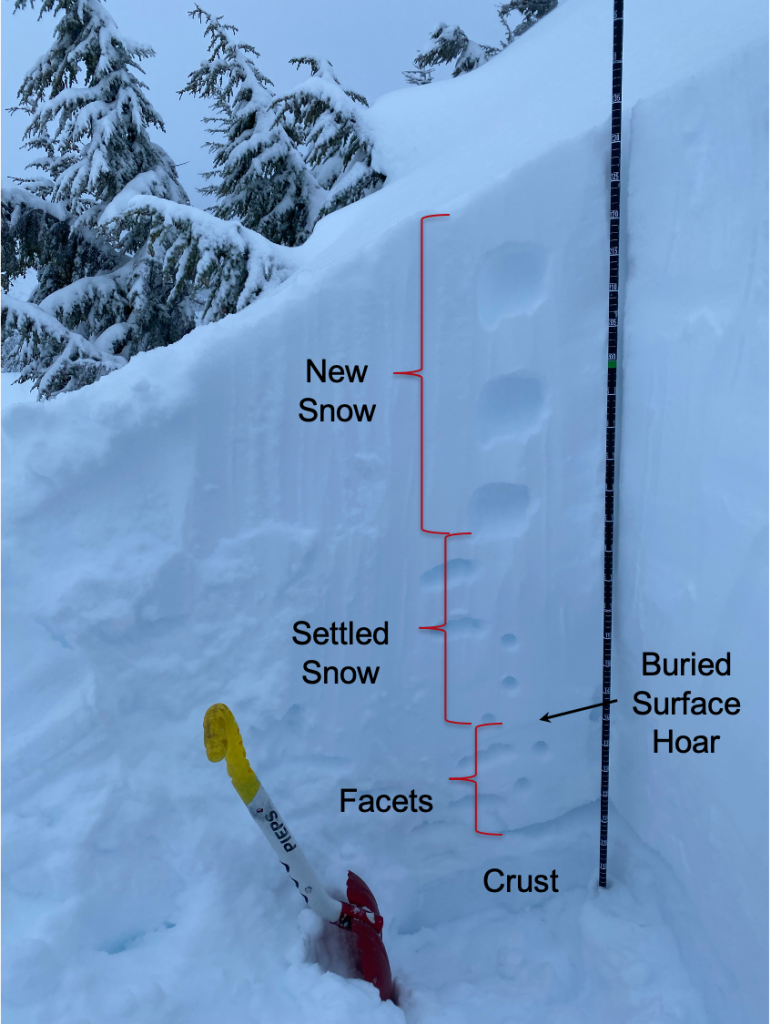 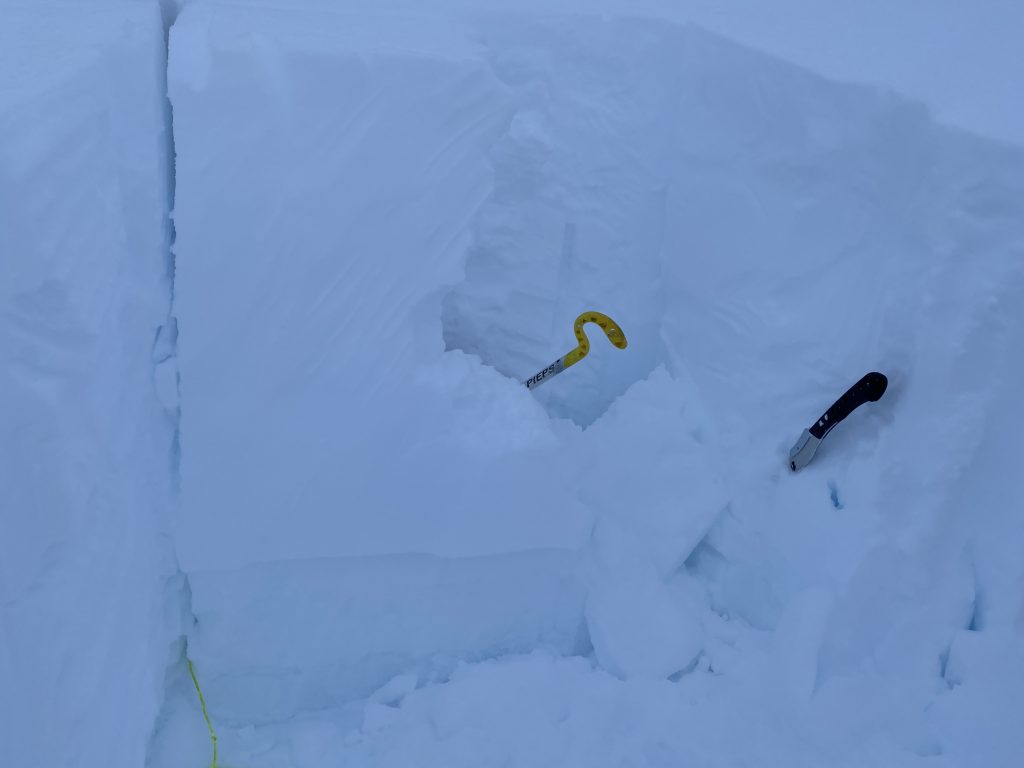 Snow just broke for most part under the shovel until propagation on top of the faceted layer at 30+ taps. 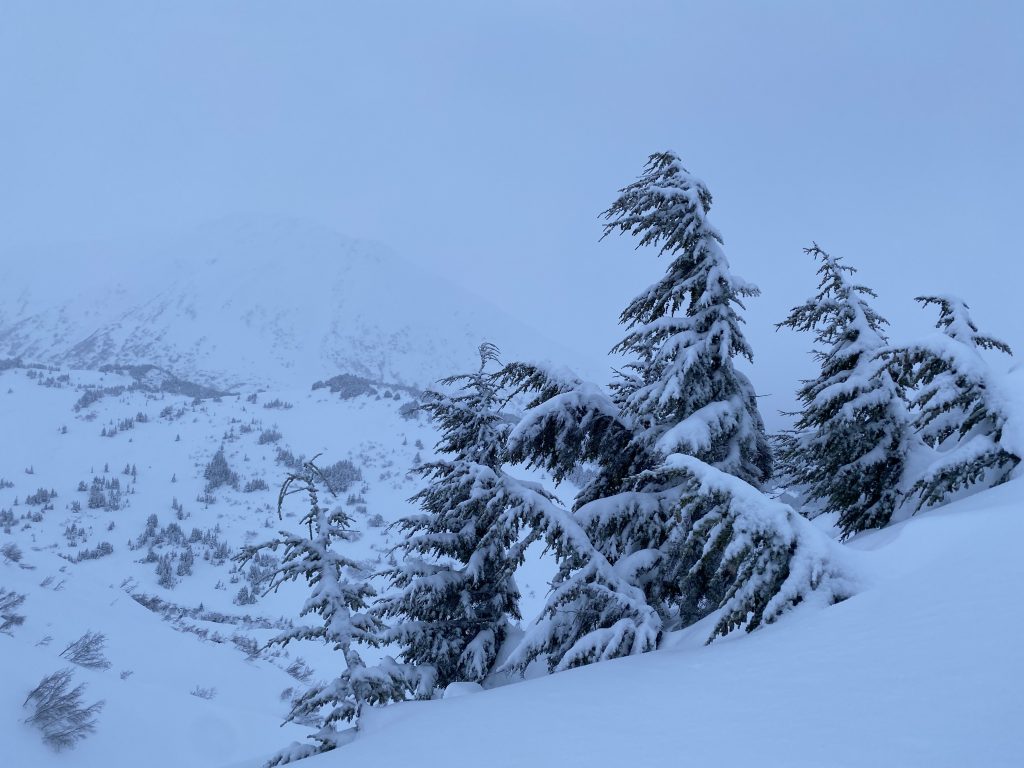 Winds beginning to blow snow off the trees at treeline 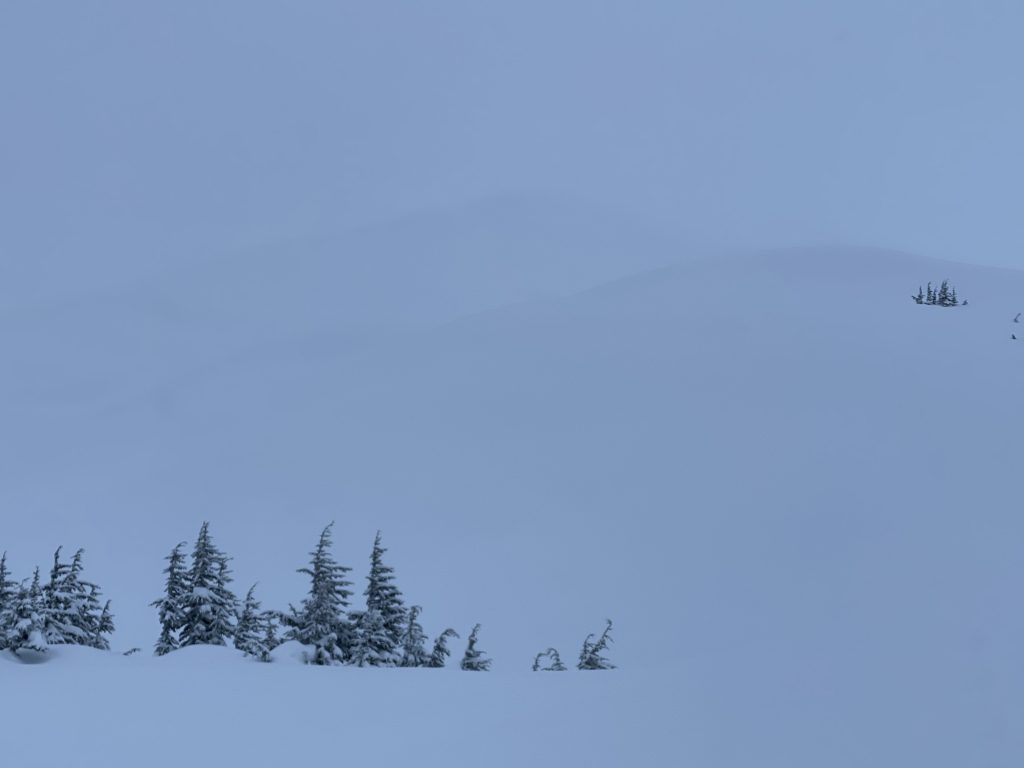 Tincan Common in the clouds... 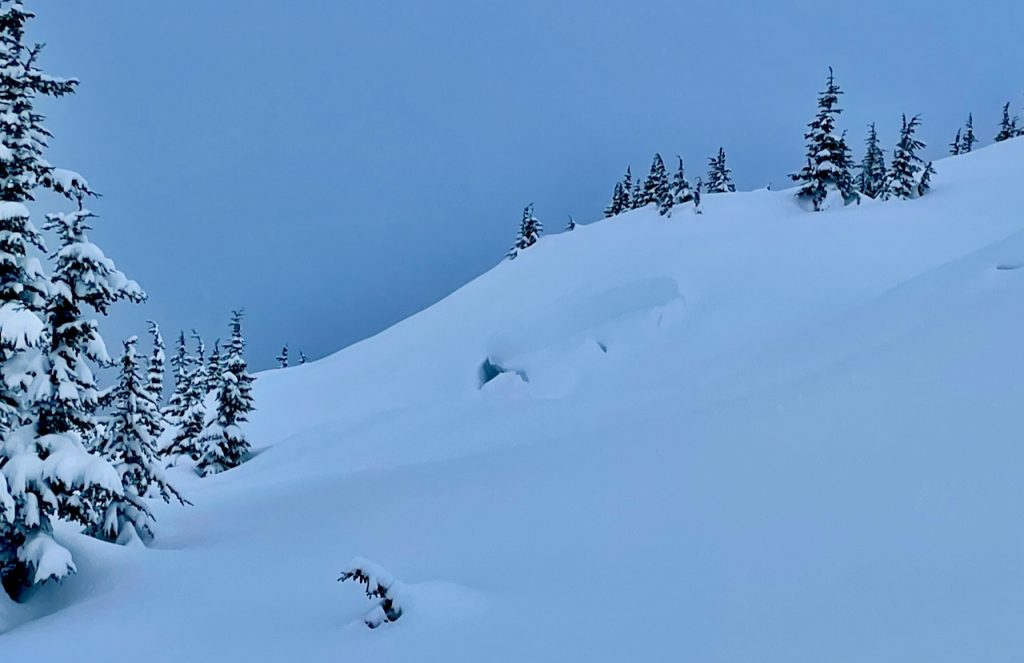 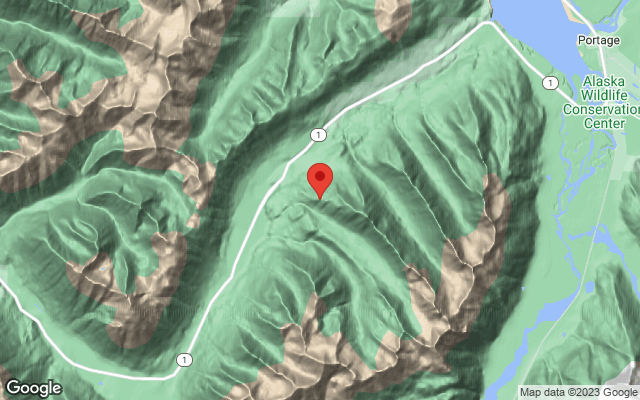