So many glide cracks!! ... as reported previously.
None appeared to have released during the Nov 10-11 storm, but limited vis.

SNOW! ~1cm/hr falling during our midday tour
Overcast skies trying to break, with valley fog/ridgetop clouds often obscuring visibility of nearby mountains
Calm, except for light NE winds just at the top of Tincan Common.
Temps in the 20s

SNOW! Generally 6" of lower density new snow from overnight/today.
Very little wind made this layer consistent in thickness and density across the route.

Searched for the buried surface hoar... found it less than half the time in numerous shovel tilt tests above 2000'
Shovel Tilt tests would fail with Easy to Moderate force at the new/old interface
Dug at treeline where the BSH was easily visible to the eye; see pit results below
No signs of the new snow acting as a slab over old snow at any point on our route 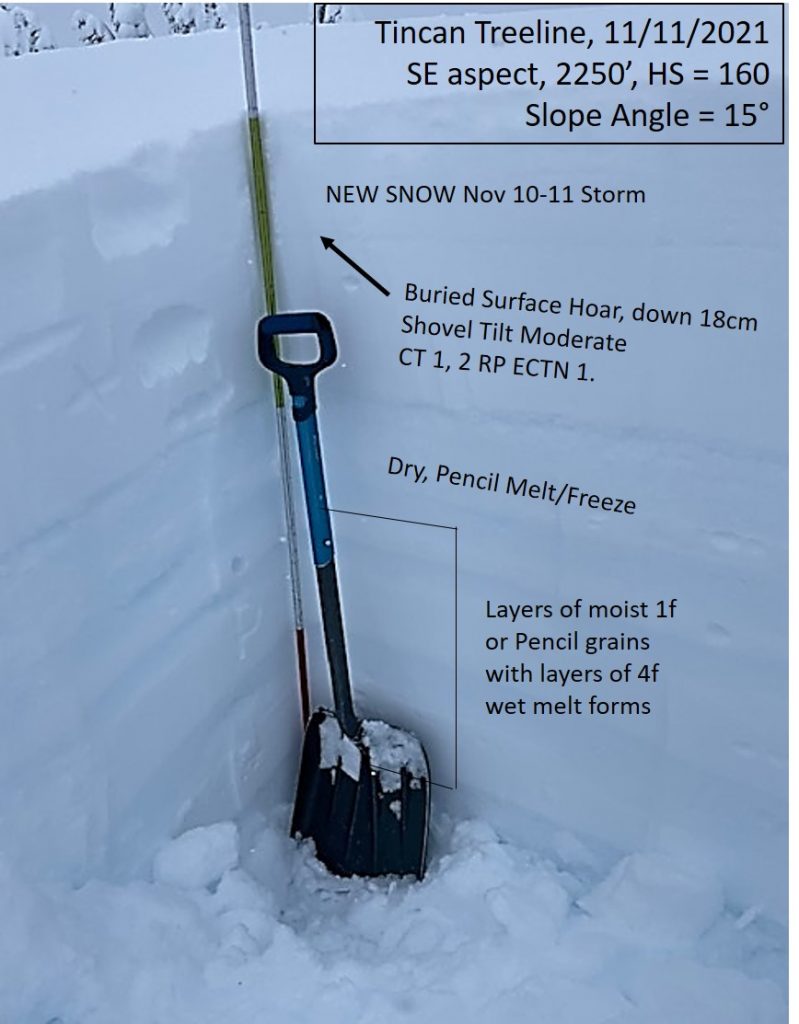 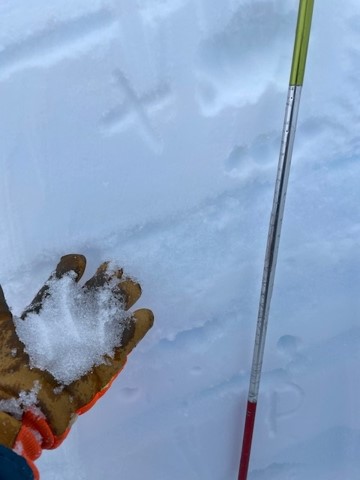 Impressive melt forms in the pit above... so much water it was almost hard to make a snowball! 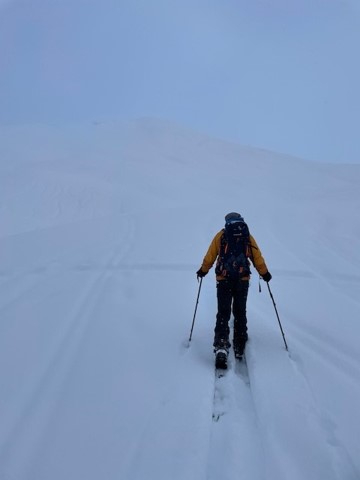 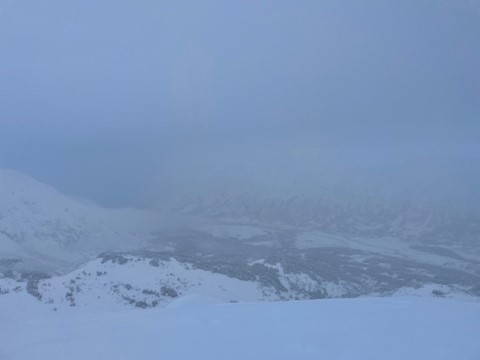 ... with some low clouds/occasional valley fog obscuring views for much of the day. Womp womp. 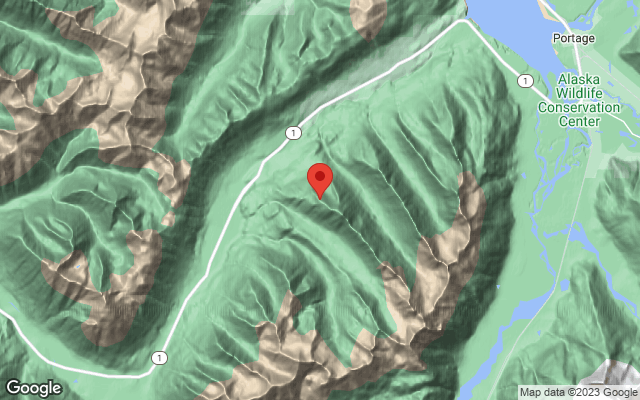