Weather:
Partly cloudy to mostly cloudy with on and off light precipitation
light wind
Temps in the high 20s to low 30s F

Pit 1
1700ft
W aspect
HS=125cm
40cm of increasingly dense (right side up) snow on a thin crust. Below the crust is 50cm of early Jan. snow on another
crust with 2mm basal facets underneath.
ECTX

Pit 2
2300ft
HS=115cm
SW aspect
100cm of increasingly dense (right side up) snow on a crust with 2mm basal facets underneath.
ECTP23* SC at 100cm depth in basal facets
*low density snow at the surface broke apart during the test was completed with 60cm of snow (instead of 100cm) on the
crust/facet combo.

-The 2mm basal facets is the layer of concern and has the potential to propagate if fracture is initiated. 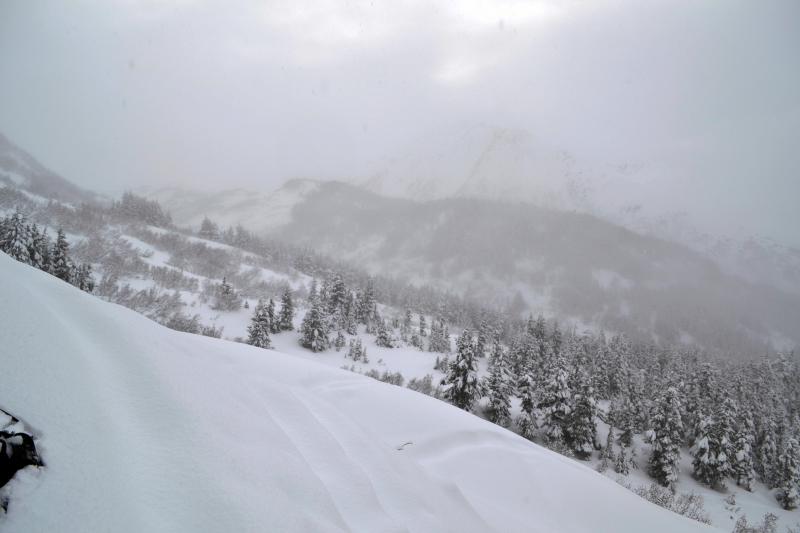 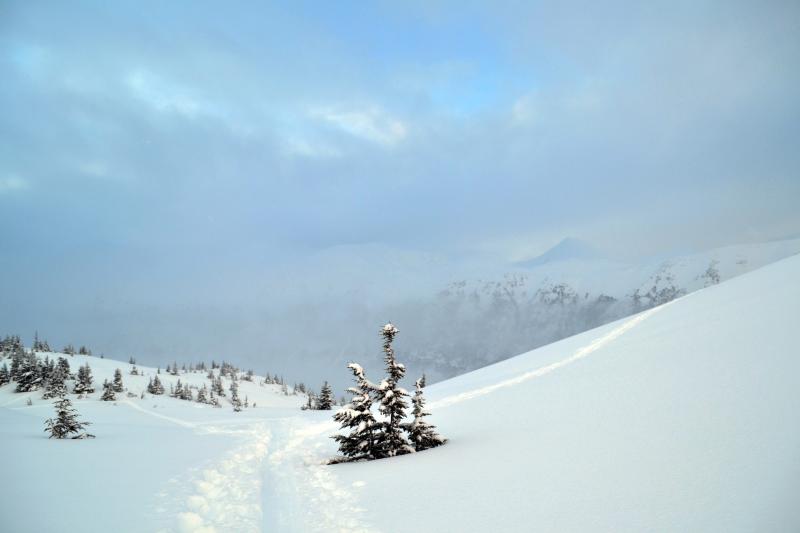 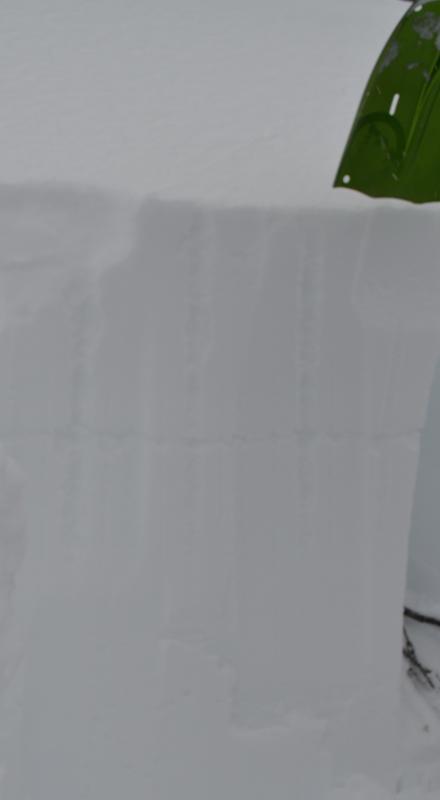 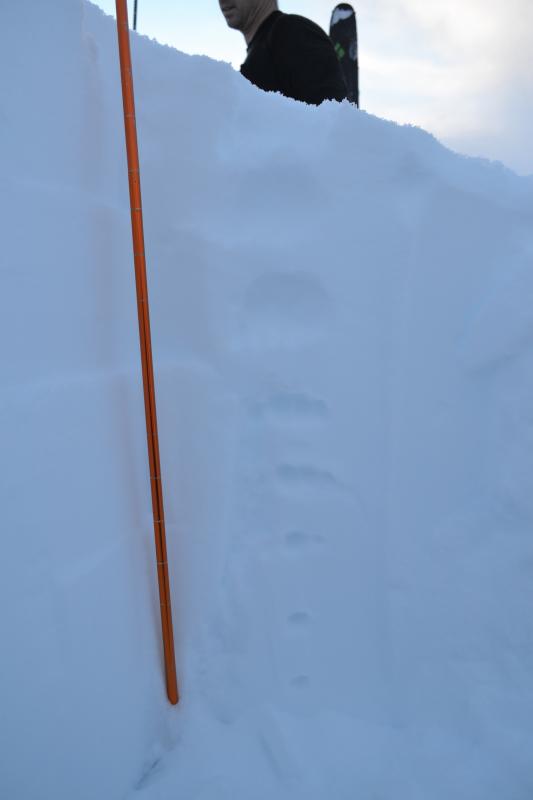 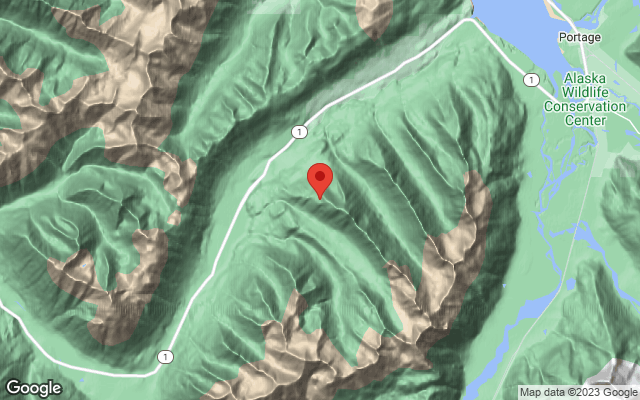