Snowpack obs
We dug several (4) pits between 1,800’-2,500’. Test scores varied widely.
Structure showed a thick melt layer that was just beginning to freeze above
2,000’. This layer is 10cm thick. Facets at the ground were still intact &
moist in all pit locations. This is good for the long term but they are still
the primary layer of concern as we were able to get fracture and propagation in
several tests.
The snow below 2,000’ was still soft & warm from the recent weather- hand
hardness profiles showed mostly Fist hardness snow throughout the snowpack.
This was more pronounced the lower in elevation we observed.
The rain and warm temps over the last few days have resulted in large
destructive wet slab avalanches in many areas. While this has been too much for
the snowpack to handle, it is potentially helpful in the long term, as facets
near the ground have been melted (in the lower elevations), and buried and
compacted in the higher elevations. The basal weakness is by no means a thing
of the past & we are still concerned about this layer.

See pit profile and photos for a look at structure in a THIN spot in the
snowpack. It is important to pay attention to these spots, as they are likely
trigger points. 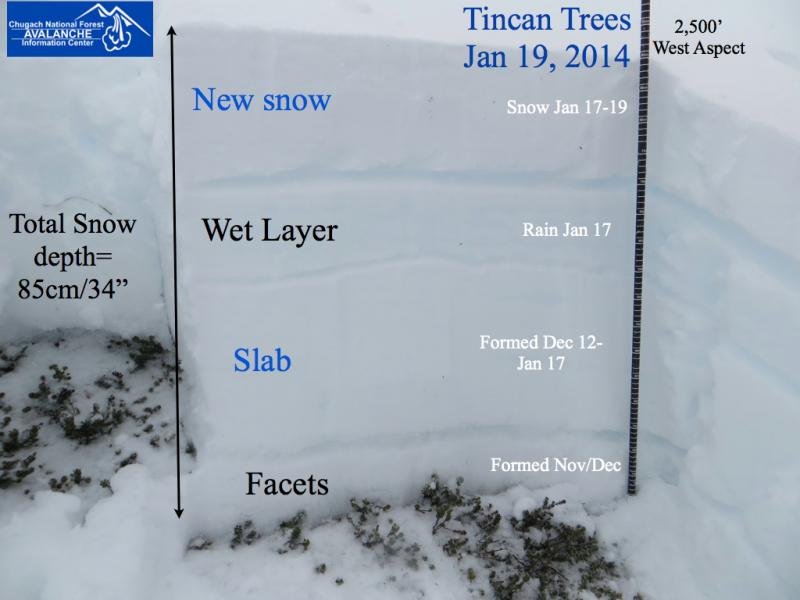 Structure of the snowpack in a thin spot 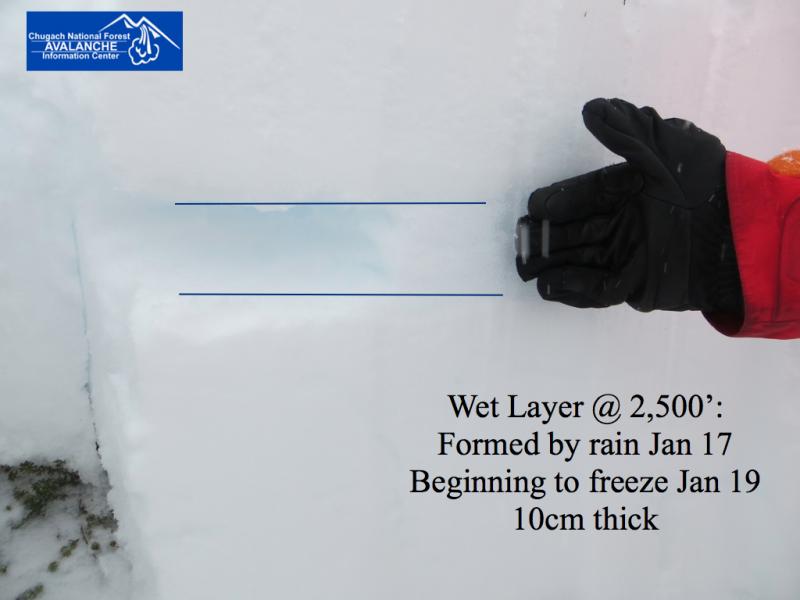 The rain from Jan 17th created this layer 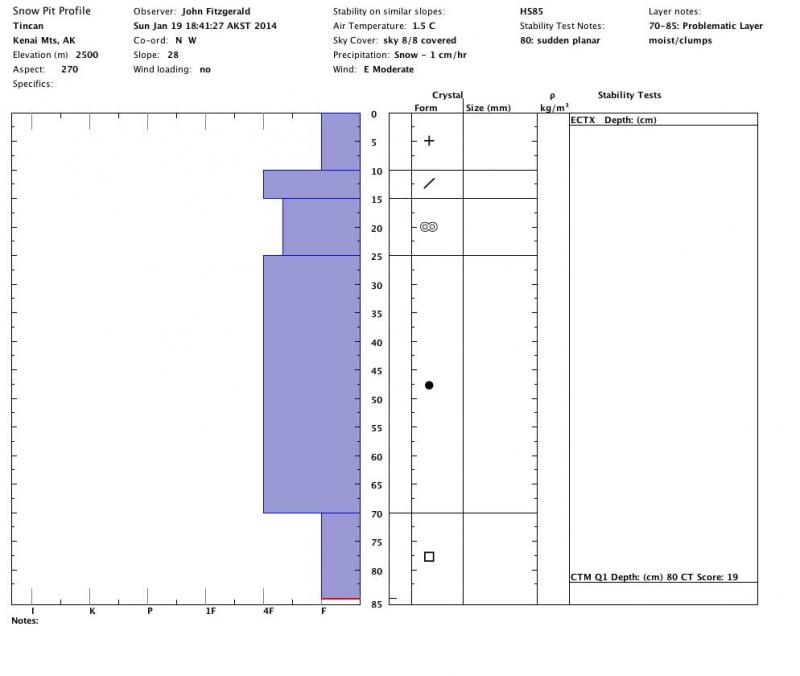