A few very small slab avalanches, both natural and skier triggered, in the Tincan Trees. Most small test slopes were not reactive.
We thought we heard a natural run, possibly on the front side of Seattle Ridge, at 14:45.
No shooting cracks but some localized cracking down to the new/old interface on steep rolls, was more slabby below 1200'.

Obscured
Snow fall throughout the day. It was initially lighter then began snowing 1"/hr around noon. 5" of new snow between 10:00-15:30. Lots of rimed snow flakes and riming of surfaces.
On the drive up rain/snowline was around 400'. On the drive down it was almost to sea level turning to rain at the Ingram corner.
Temperatures in the low 30°Fs to mid 20°Fs
Gusty NE winds above 2000', active wind transport

Soft new snow
Noticeably heavier with more water content on the decent around 1600' and below.
Wind drifting and surface stiffening in wind exposed terrain. Ski pen decreased from close to 2' to 4-5" in the wind affected terrain.

1.5-2' of storm snow over buried surface hoar and small near surface facets at the new snow/old snow interface.

In the pits we dug the slab was still soft. It is likely more reactive in the Alpine where the slab is stiffer and the loading more intense. There is the potential that as the soft snow settles and becomes more cohesive in protected terrain it may be more reactive. This is a question for the days to come. We also are curious about what the new/old interface looks like at higher elevations. How widespread is the the buried surface hoar layer? Did it form on hard surfaces? Is the interface without the buried surface hoar faceted enough to be an issue? 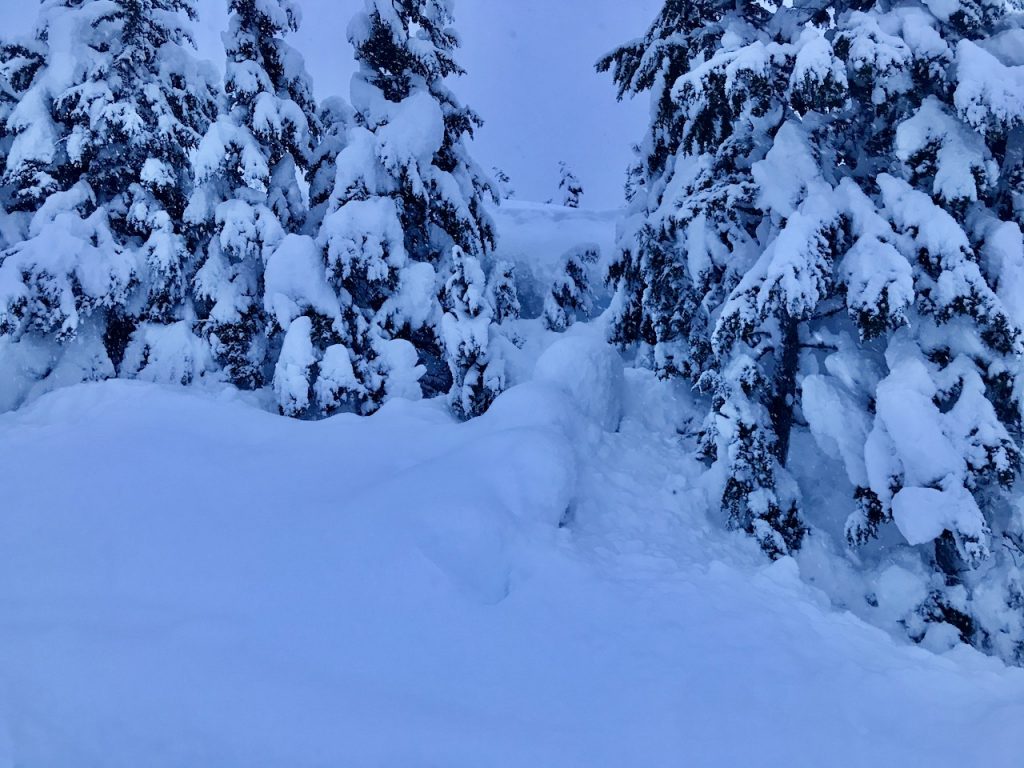 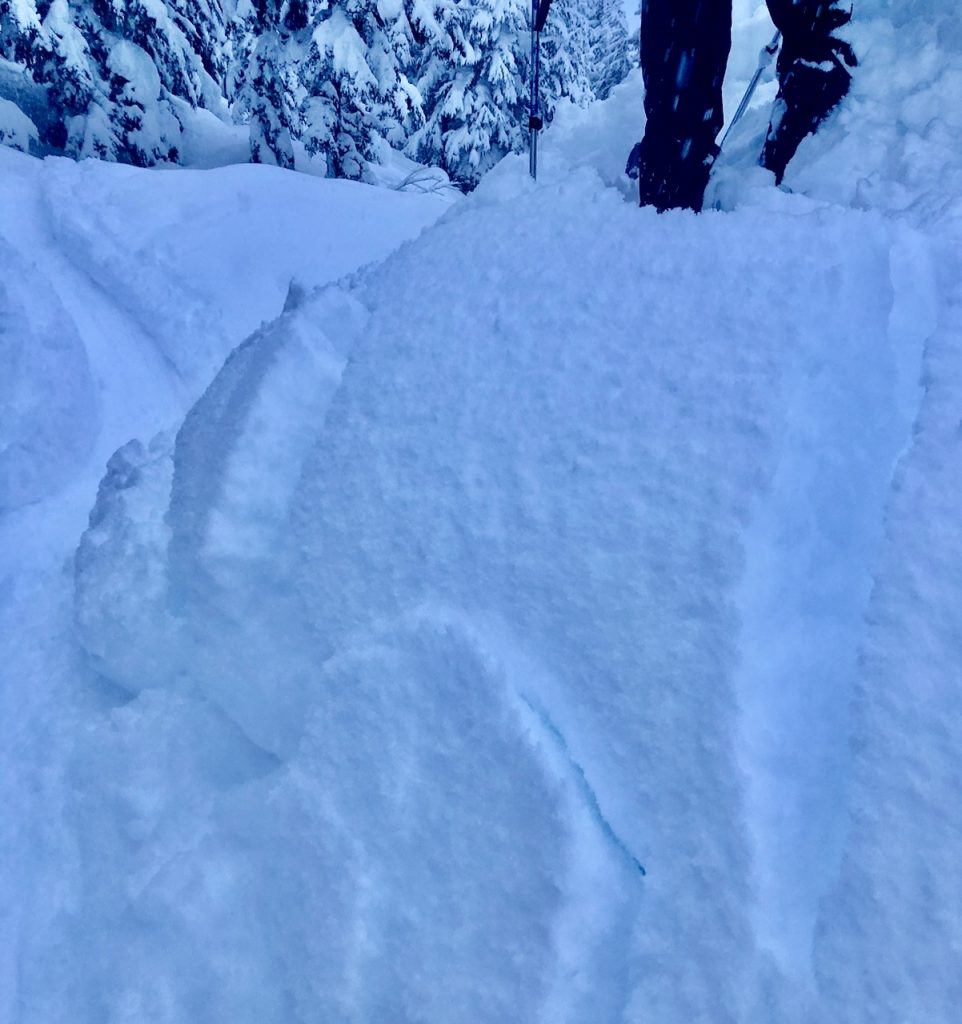 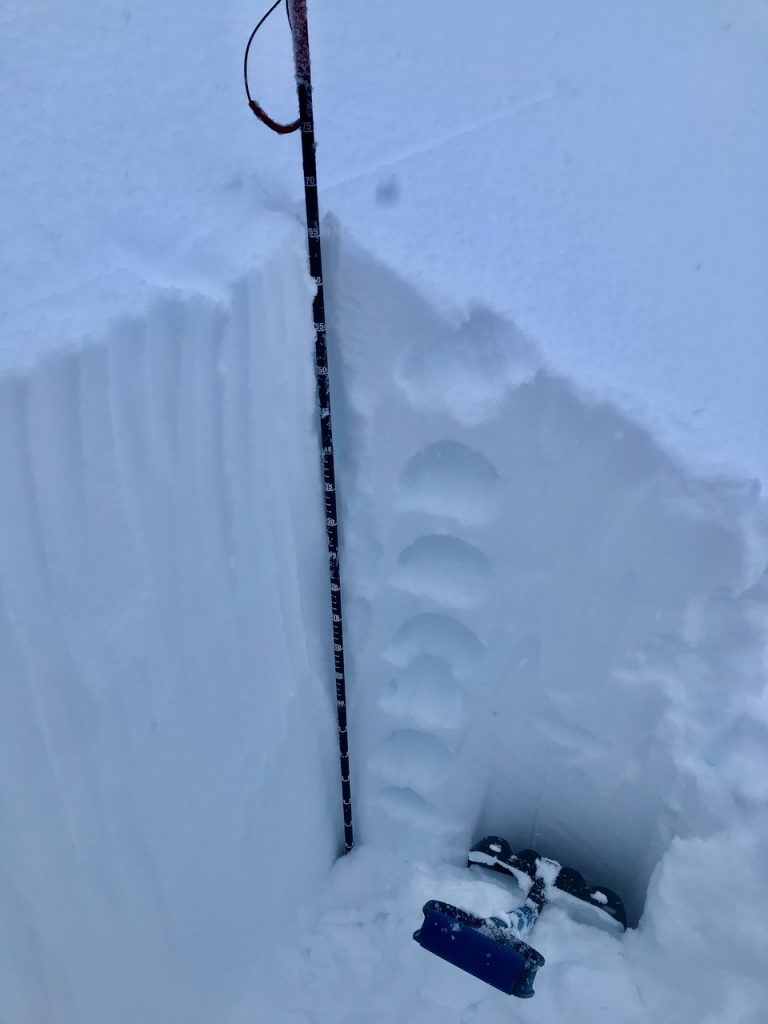 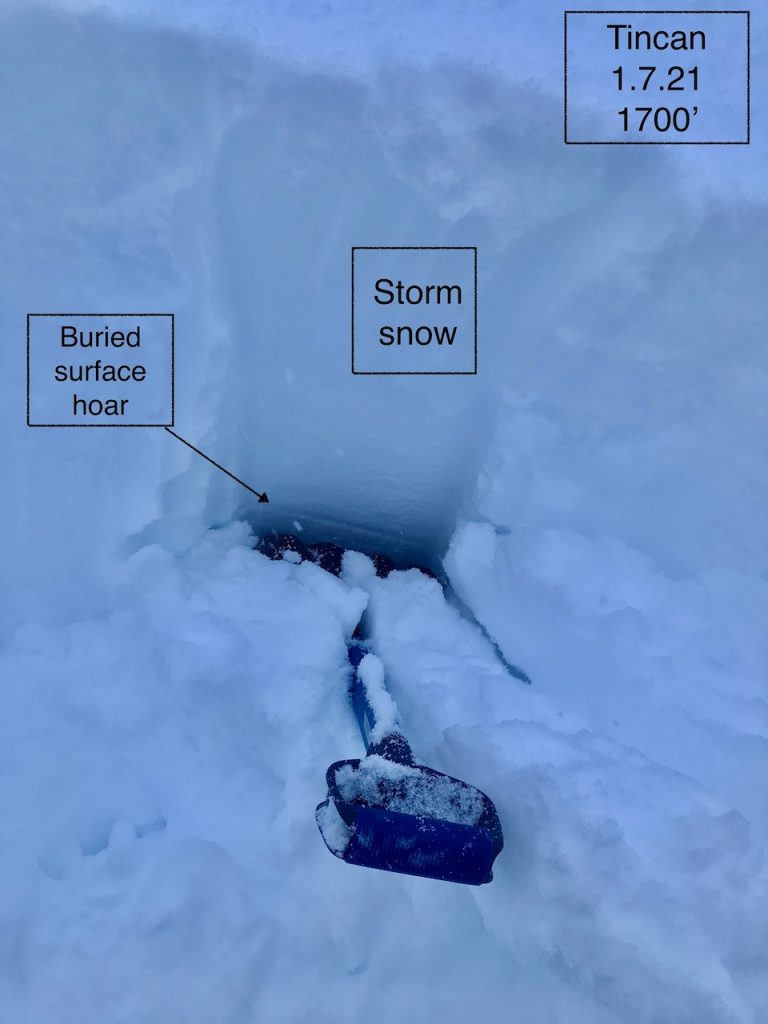 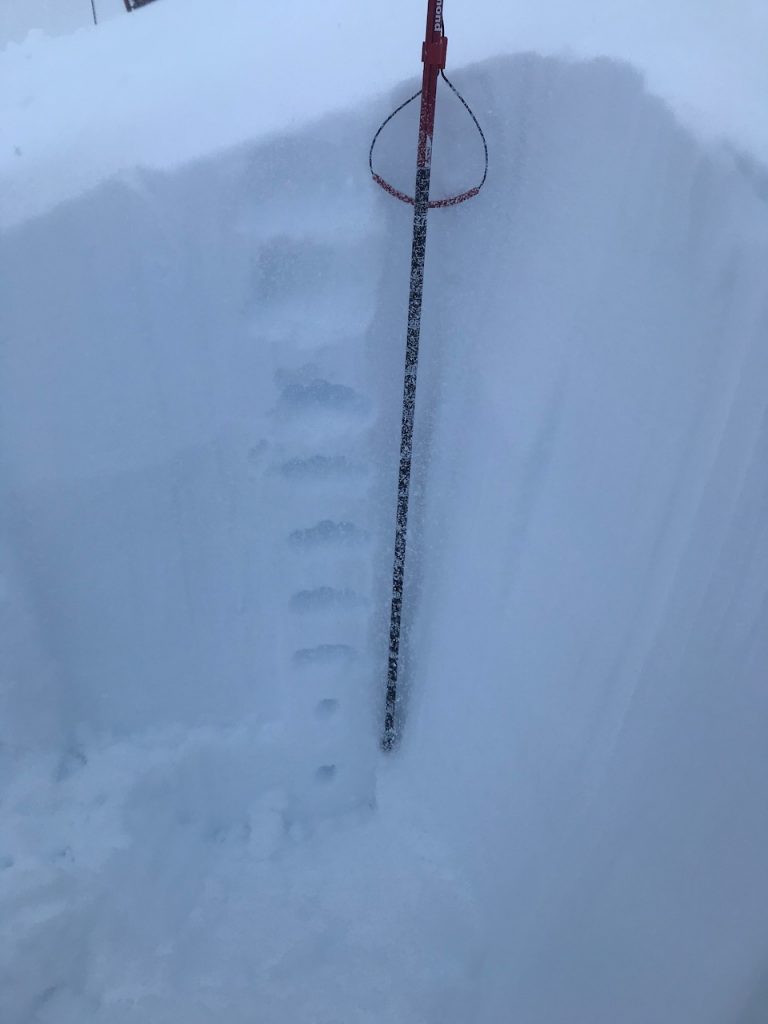 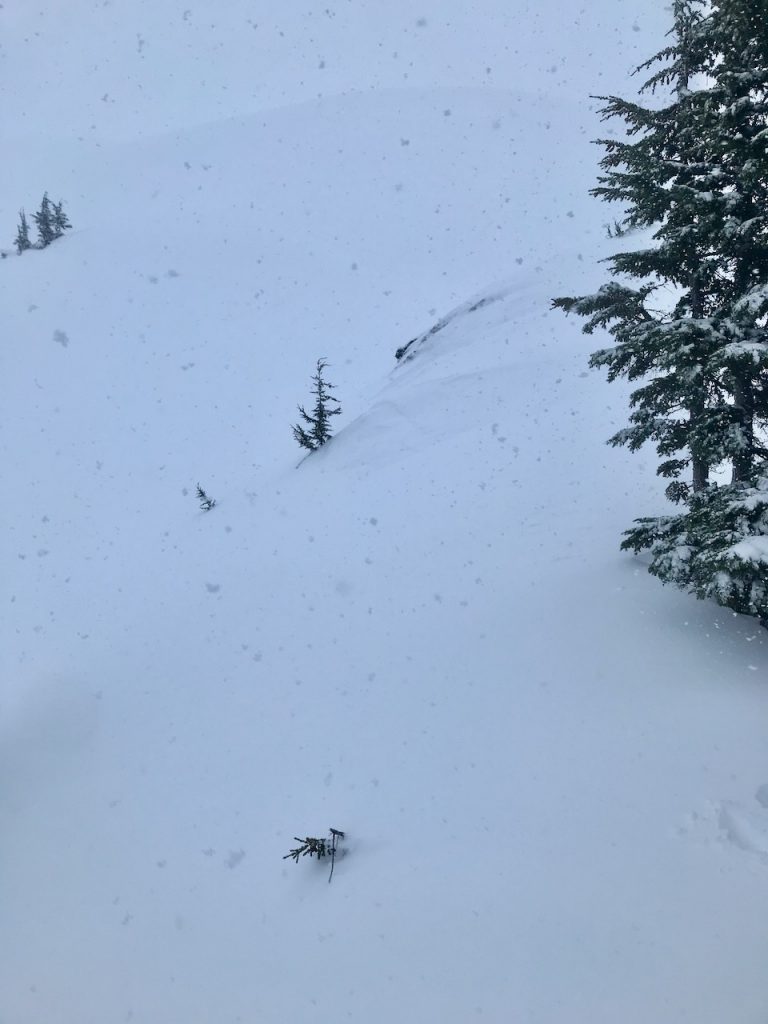 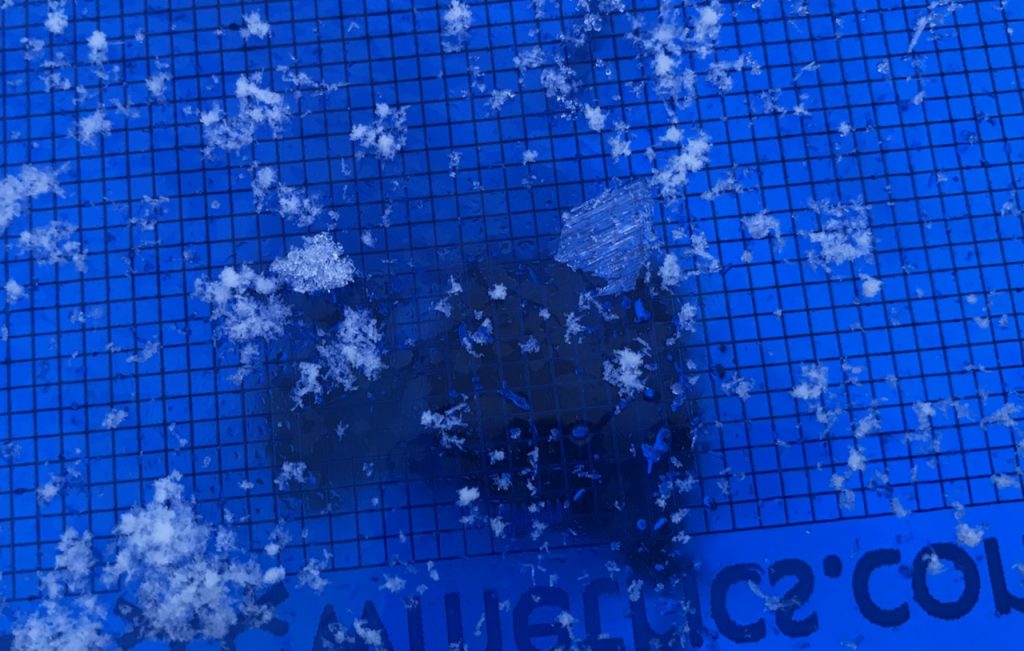 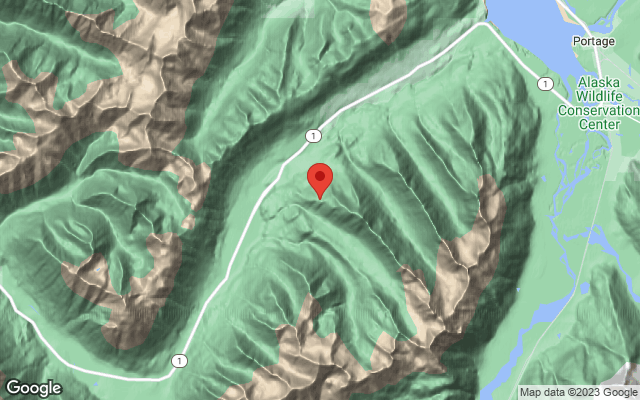