Toured up the standard skin track to the top of Common. We dug pits at 2200 feet and 3100 feet. Rain yesterday and today left a breakable crust up to 2500 feet. Conditions improved with elevation.

Visibility was poor, but we could see some debris at the bottom of Elevator Shaft. This likely ran naturally on Monday night or Tuesday during the day.

Avalanche debris from the storm visible in some of the paths above the Hwy south of Girdwood. New debris noted at the bottom of the Elevator Shaft. We did not see any recent avalanche activity off of Seattle Ridge when we had a window of vis. Did not get a good look at any terrain further south in the Pass.

We got some shooting cracks in the new snow near the top of Common bowl. Stiffer/slabby snow in this area along the ridge.

Mixed rain and snow in the morning becoming all snow in the afternoon. Wind speeds were light, direction was variable. Skies were overcast to obscured most of the day, but there were a few brief windows of improved visibility.

Breakable rain crust up to 2500 feet. Some slopes had runnels from the rain. A combination of dense new and wind-transported snow above 2500 feet. Snow quality improved with elevation.

Below 2500 feet: New snow was heavy and wet, with enough liquid water flowing through it to make the pit wall wet. There was about a foot of new snow, which was capped by a crust earlier in the day. Below 2000 feet, the crust had melted by 3:00 pm. Multiple wet layers in the middle of the snowpack as well. Nothing was reactive in stability tests.

Above 2500 feet: About a foot of new snow, with moderate wind loading in some S and W aspects. Lots of mini cornice features along terrain features. Stiff snow and baby sastrugi along the last pitch of the Common uptrack. Snow got drier with elevation. Saw some shooting cracks within the new snow at the ridge. Could not get anything to fail in stability tests, but we did get some clean shears in a upper storm interface with shovel tilt tests. Similar depth to cracking along ridgeline. 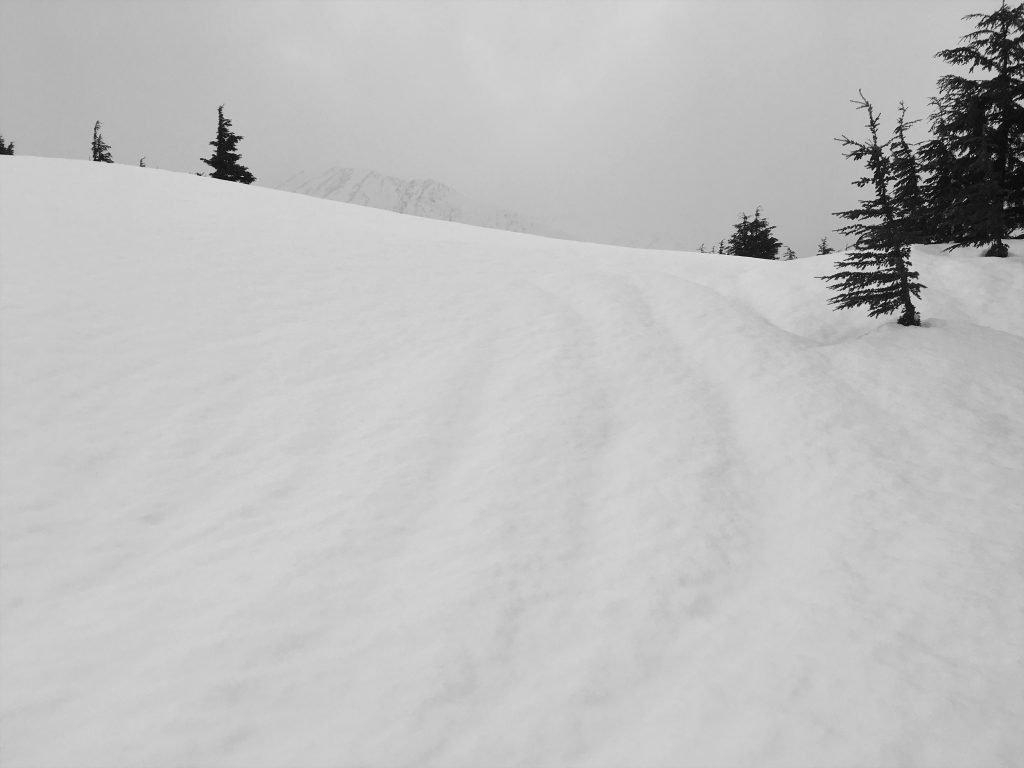 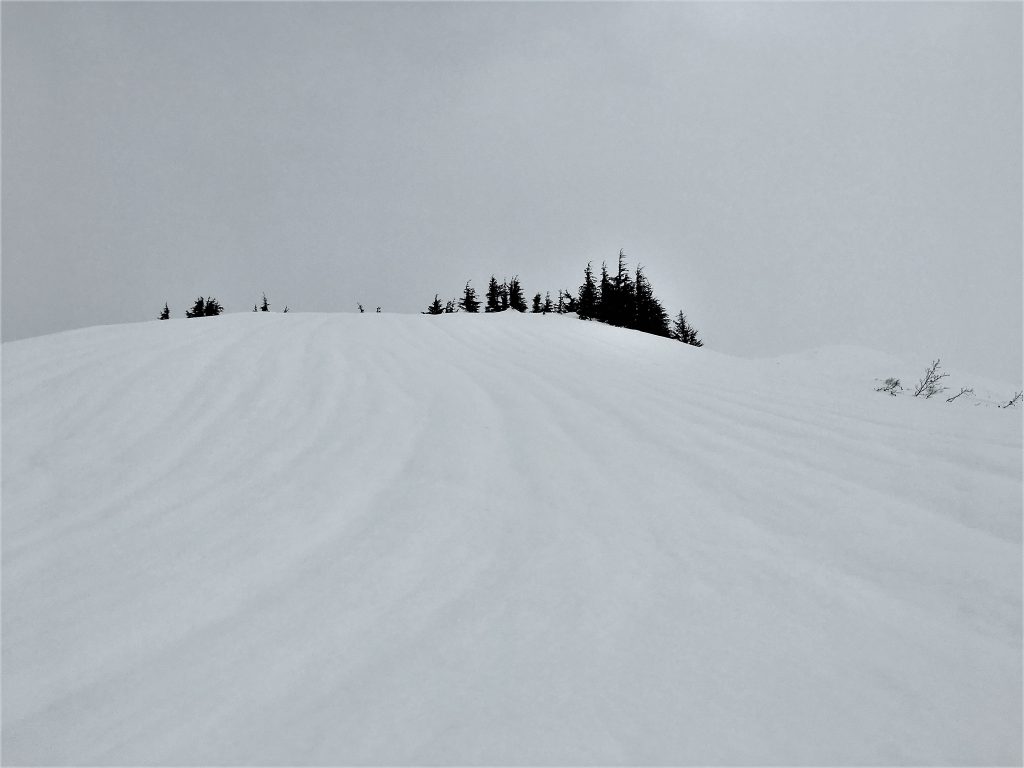 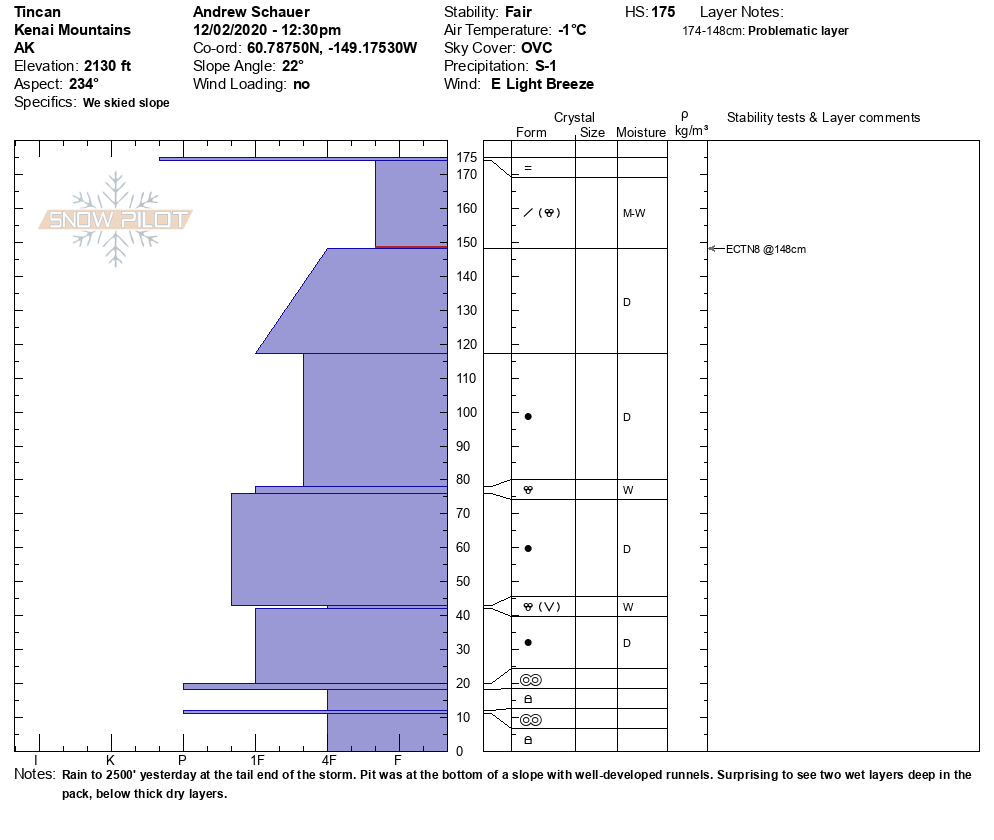 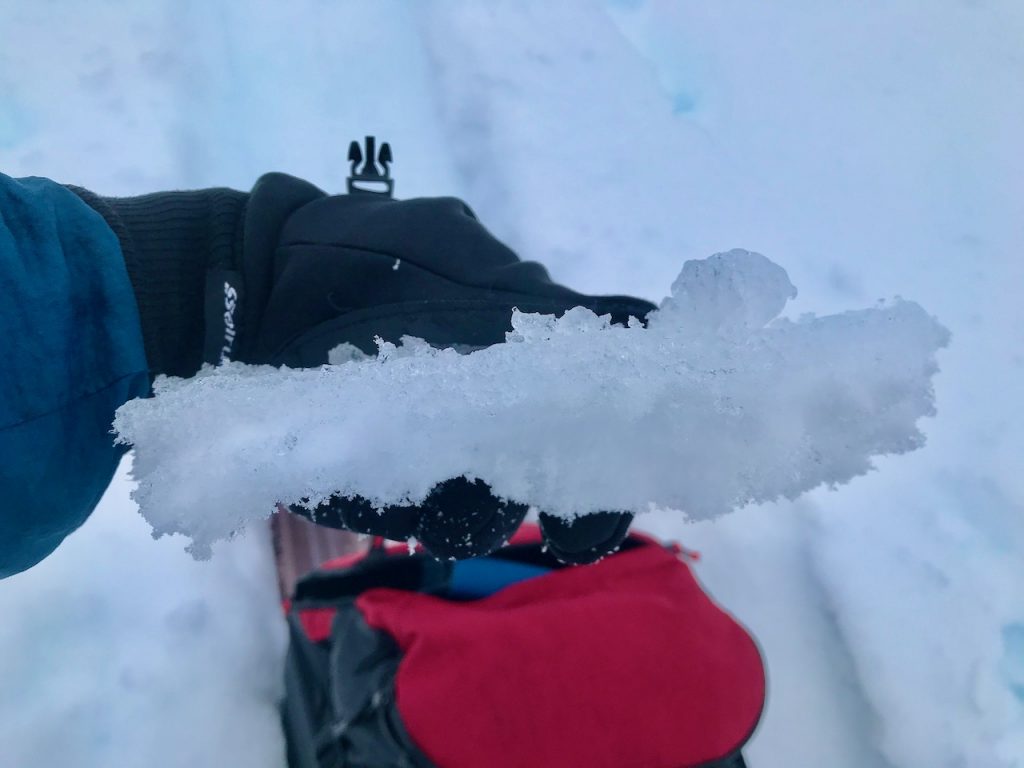 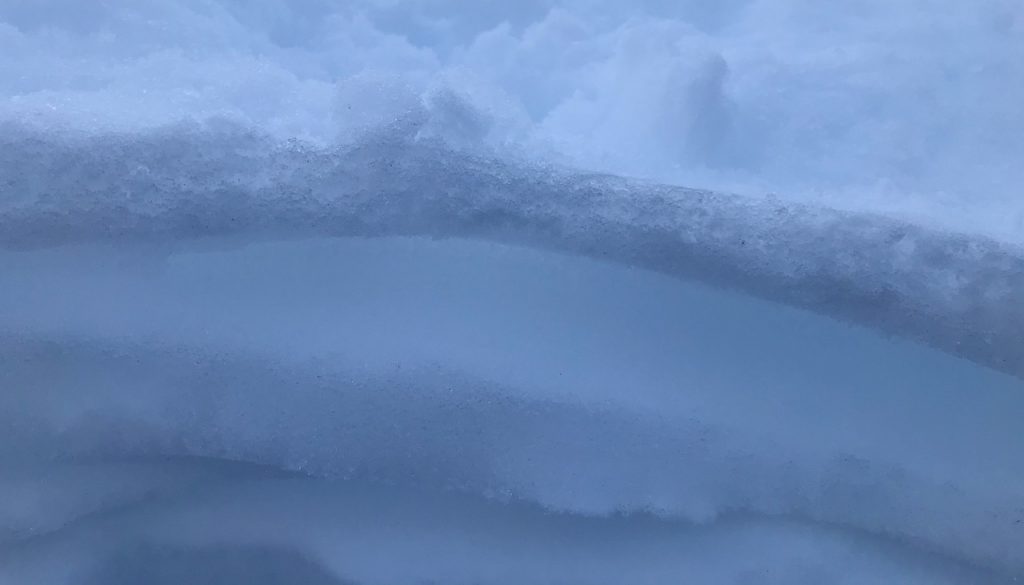 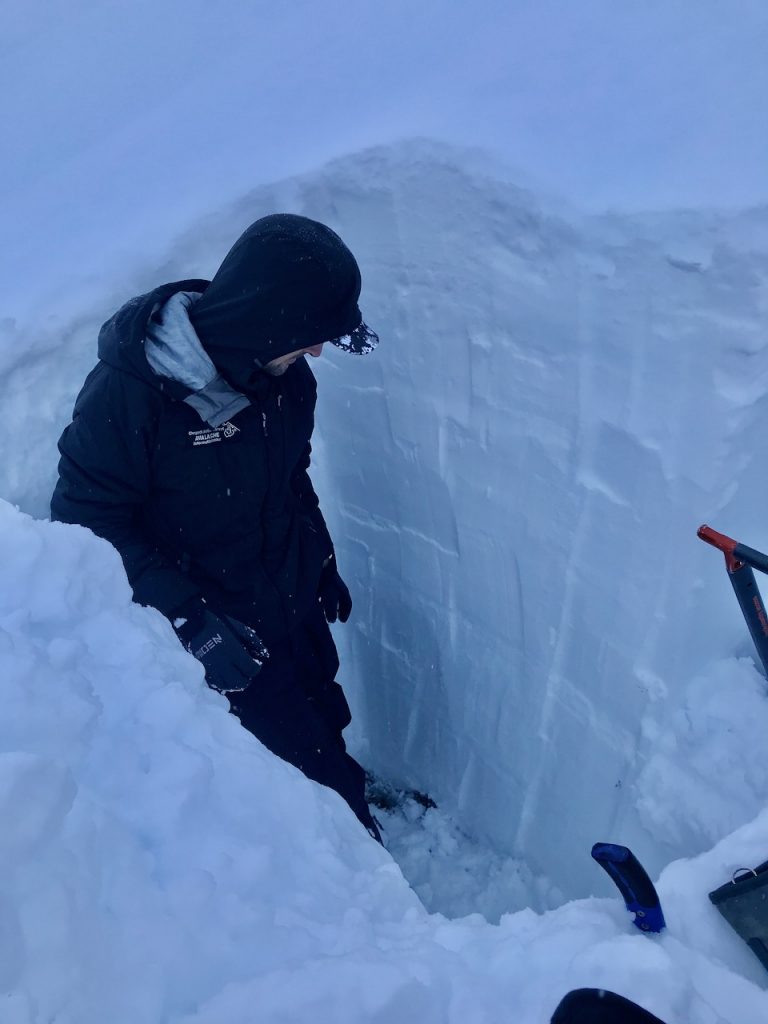 Pit @ 2200'. Note the saturated layers (distinct lines) lower in the snowpack. The lowest saturated layer was the 11.20 interface at the buried surface hoar. Basal facets were moist. 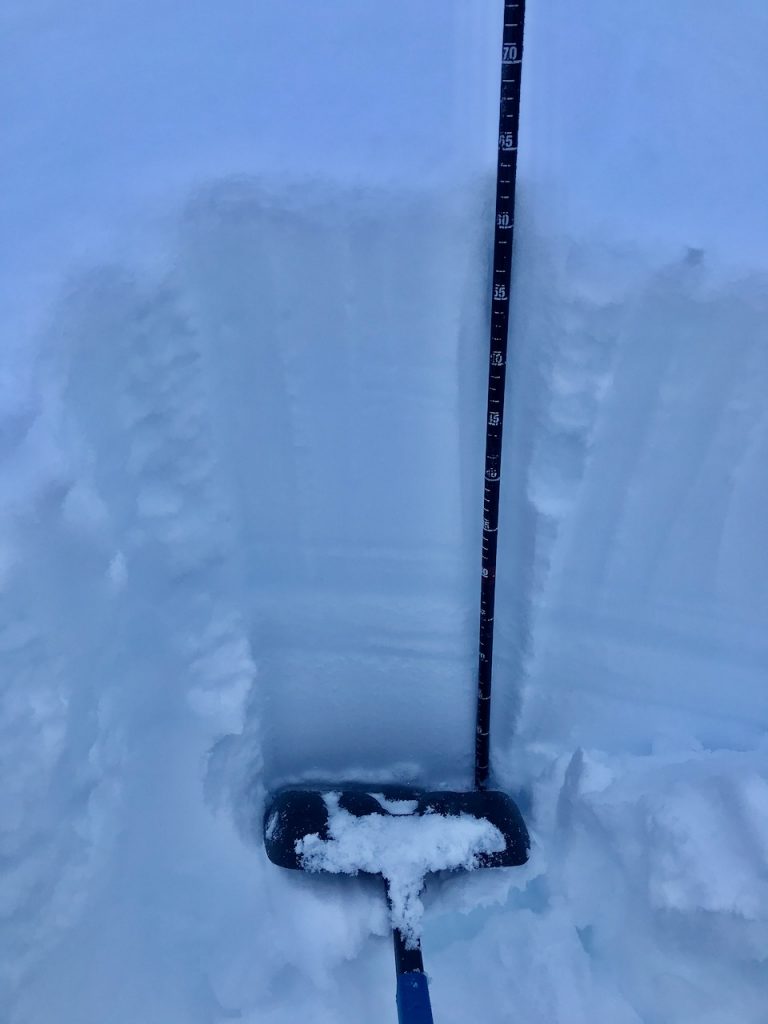 Saturated layers in the upper part of the snowpack 2200' 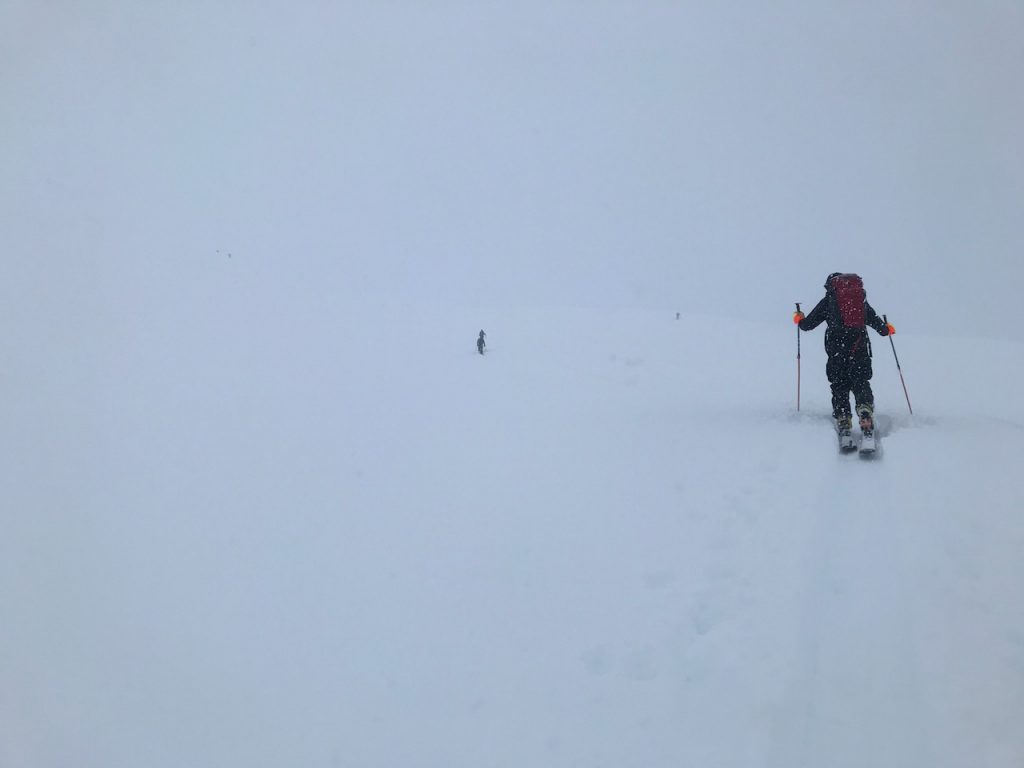 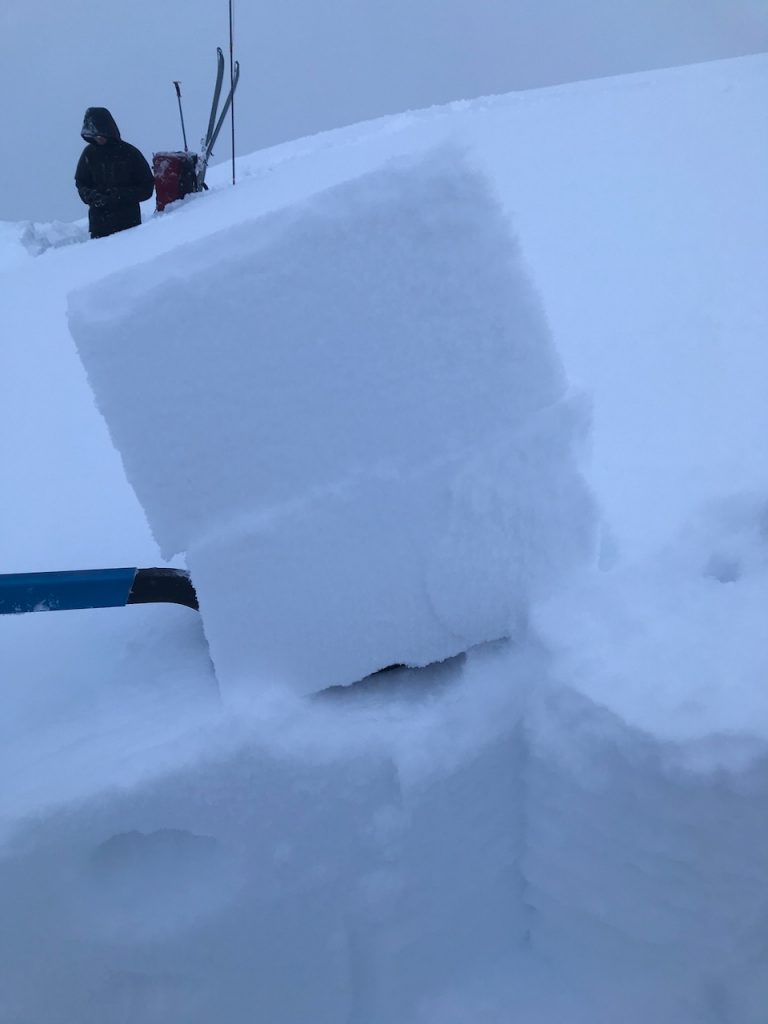 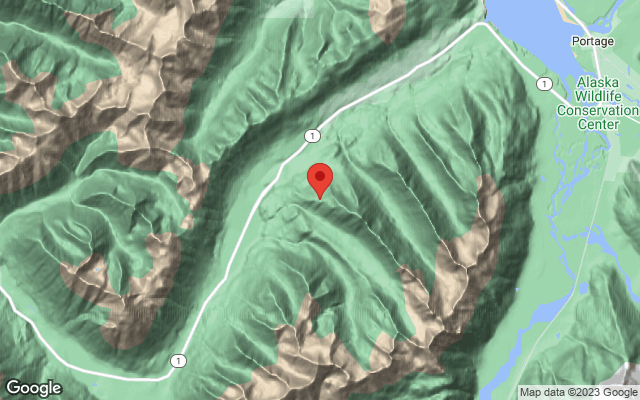