Tincan backdoor to the ridge 3200′, above Common Bowl and adjacent to Hippy Bowl
Looking at new snow/old snow interface, previous days reported avalanche activity and the reactivity of facets near the ground. Gained the ridge after a skier had remote triggered an avalanche in Hippy Bowl (see Sean Fallon’s observation). We had heard what we thought was a really loud whumpf and an avalanche while digging our pit 2300′ but didn’t see the avalanche until higher in the tour. The avalanche was large enough to injure or kill a person and slid over the bench towards the valley floor (D2.5).

Compared to observations yesterday the new snow/old snow interface seemed less reactive. Hand/pole cut block pits produced hard results and small rolls didn't crack. Effort was made to get away from previously tracked snow.
Dug two adjacent pits at 2300' on S aspect.
Pit #1 - HS: 110 cm, new snow old snow interface was 60 m down with small surface hoar visible over small (near-surface-facets). ECTP 16 at new/old interface. CT 1 x 2 near ground, ECTP 19 near ground, ECTP 22 near ground. All stability test results occurring near the ground failed in the facets just above a thin melt freeze crust.
Pit #2 - HS: 90 cm new snow old snow was was 45 cm down with the small hoar layer visible small surface hoar visible over small (near-surface-facets). In this pit ECTP 17 and ECTP 11 at new /old interface. In addition, two CTs failed near ground on isolation and ECTP 20 near the ground.
Structure is concerning, especially with large avalanches running on both the weak snow at new/old interface and to the ground today! 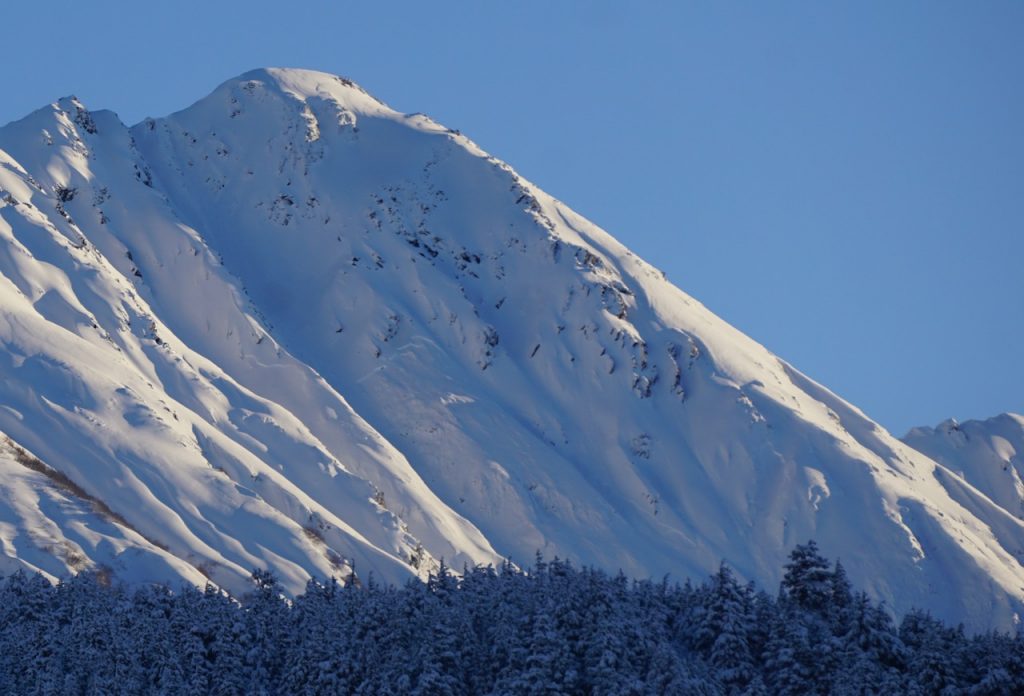 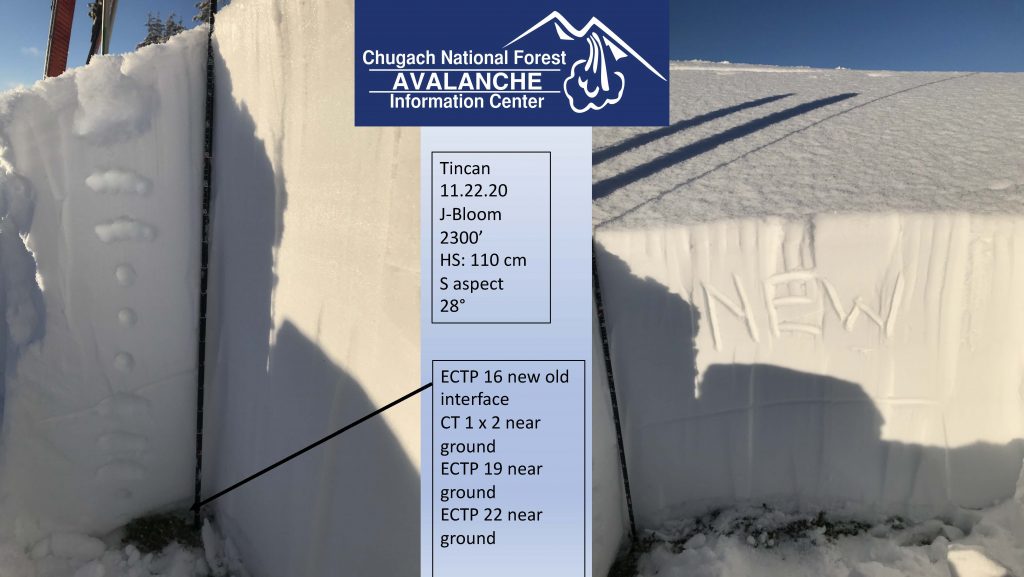 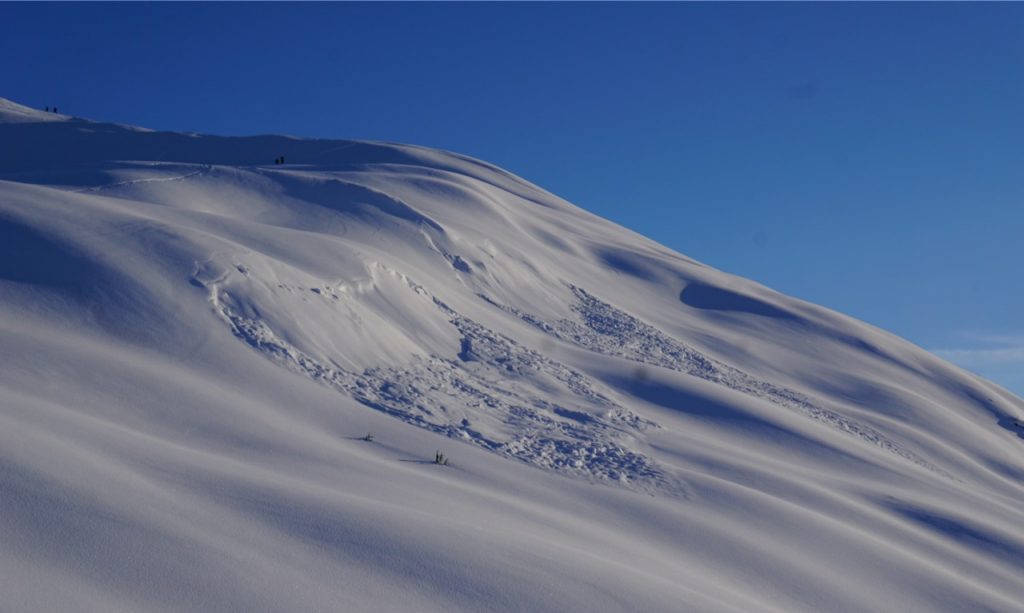 Crowns reported yesterday below the skin track to Common Bowl 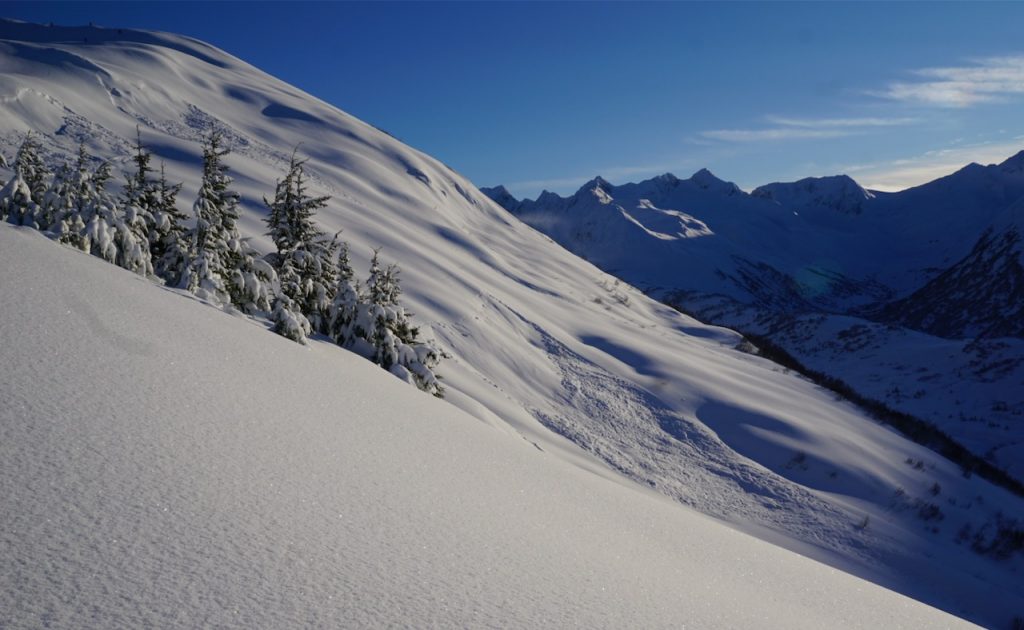 Another avalanche reported yesterday just below the two pictured above 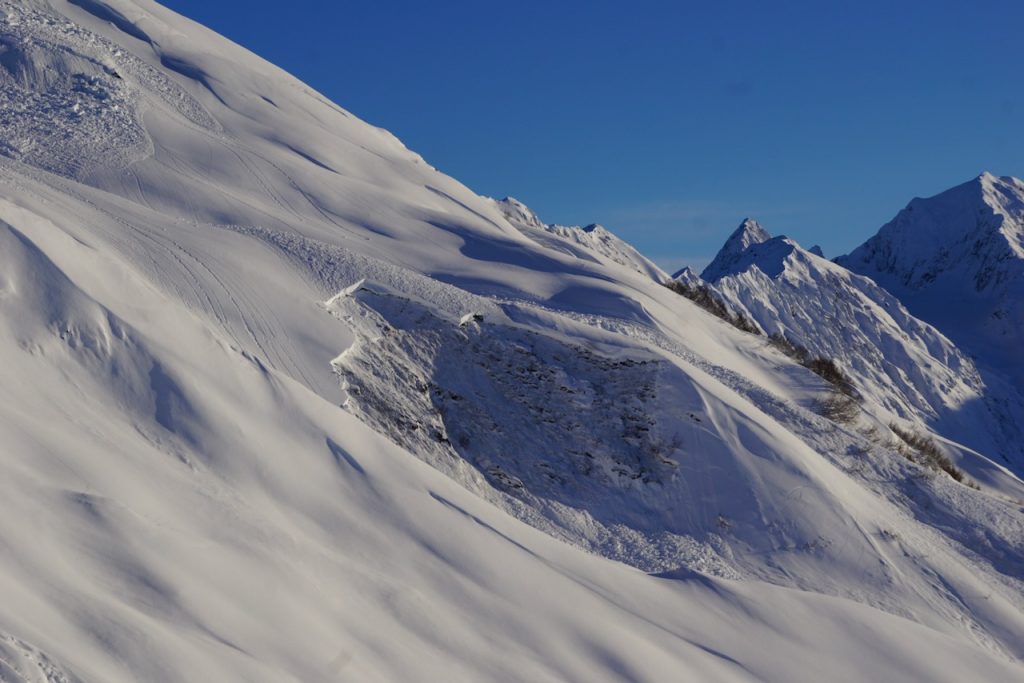 Closer view of the crown below Hippy Bowl triggered at the same time. 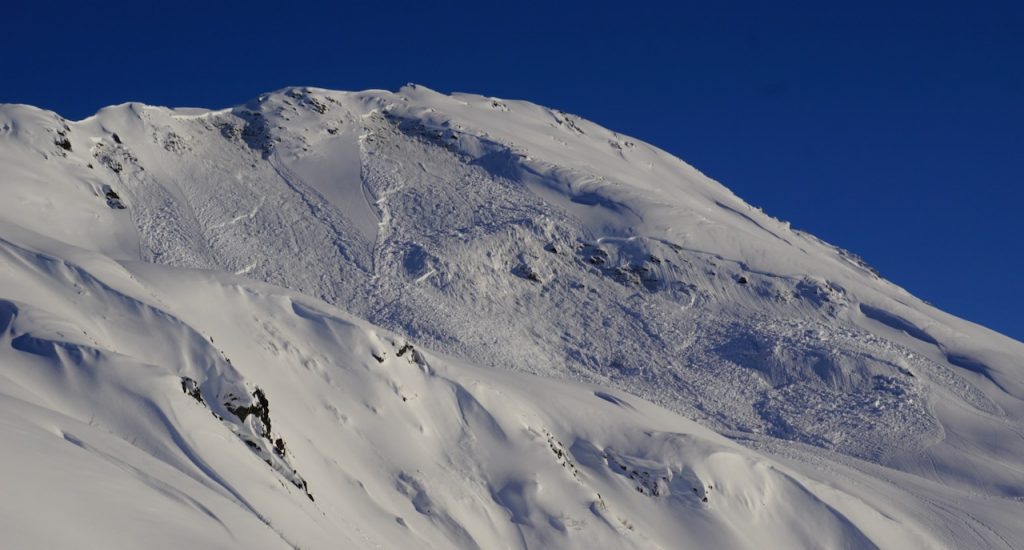 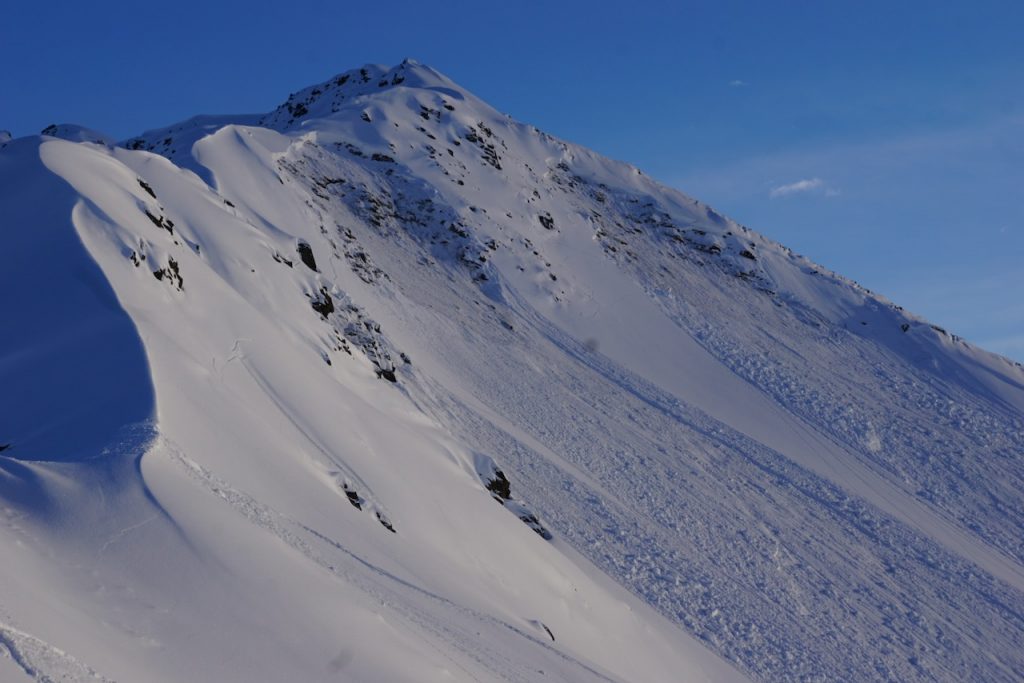 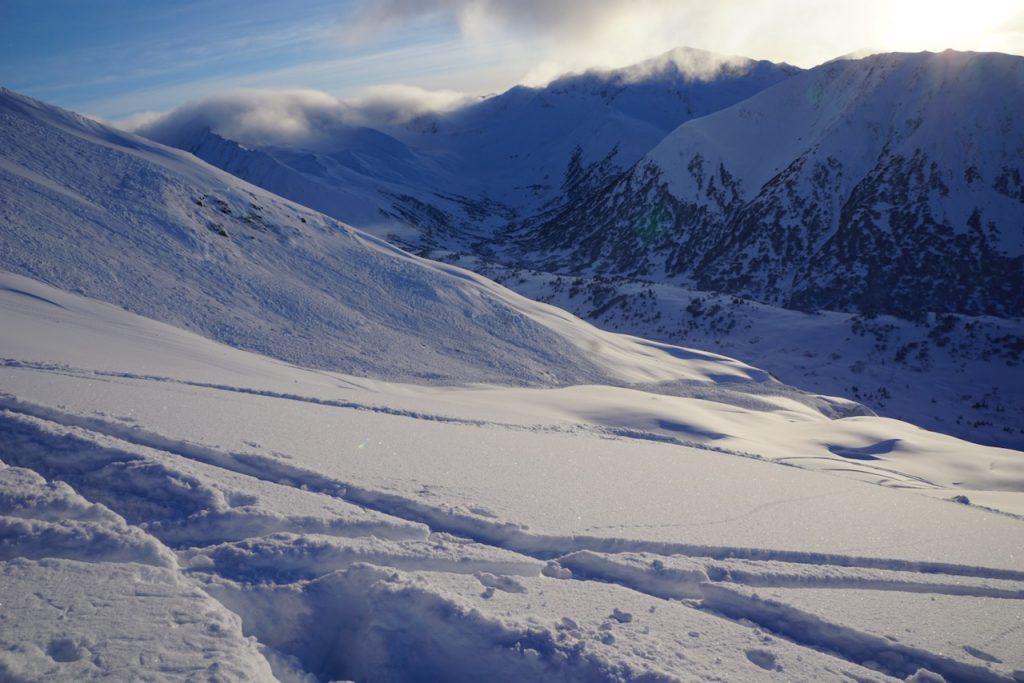 Hippy Bowl debris and the edge of lower crown. 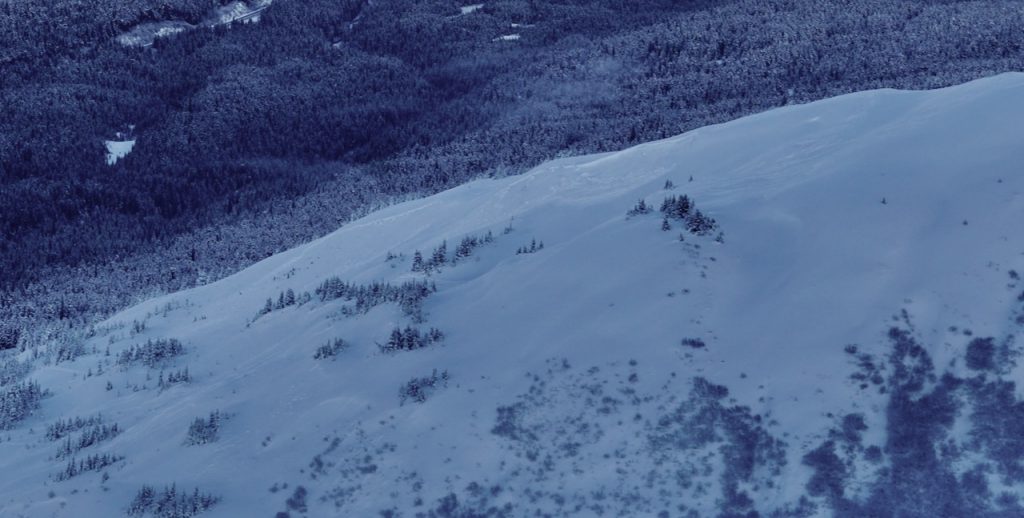 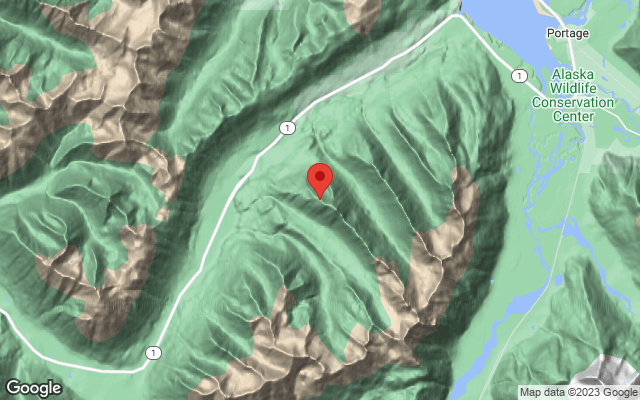