How’s our new website?
How can we better serve you?

The top 25-35cm of new snow from the last two-three days felt upside down when stepping off skin track. Several hand pits failed easily within this new snow density change. We were curious about the mid-elevation crust and weak layers and dug two test pits at 2150' about 100' apart. Although the structure was poor around the NYE crust (4-5 lemons) tests results were variable. The MLK Jr facets interface was un-reactive in all tests.

Pit 2, W aspect, HS=205cm
ECTP18 down 80cm on top of the NYE crust on 1mm facets (4F hardness), followed by an ECTX
PST30 down 85cm below NYE crust
MLK jr facet interface was 65cm below the surface 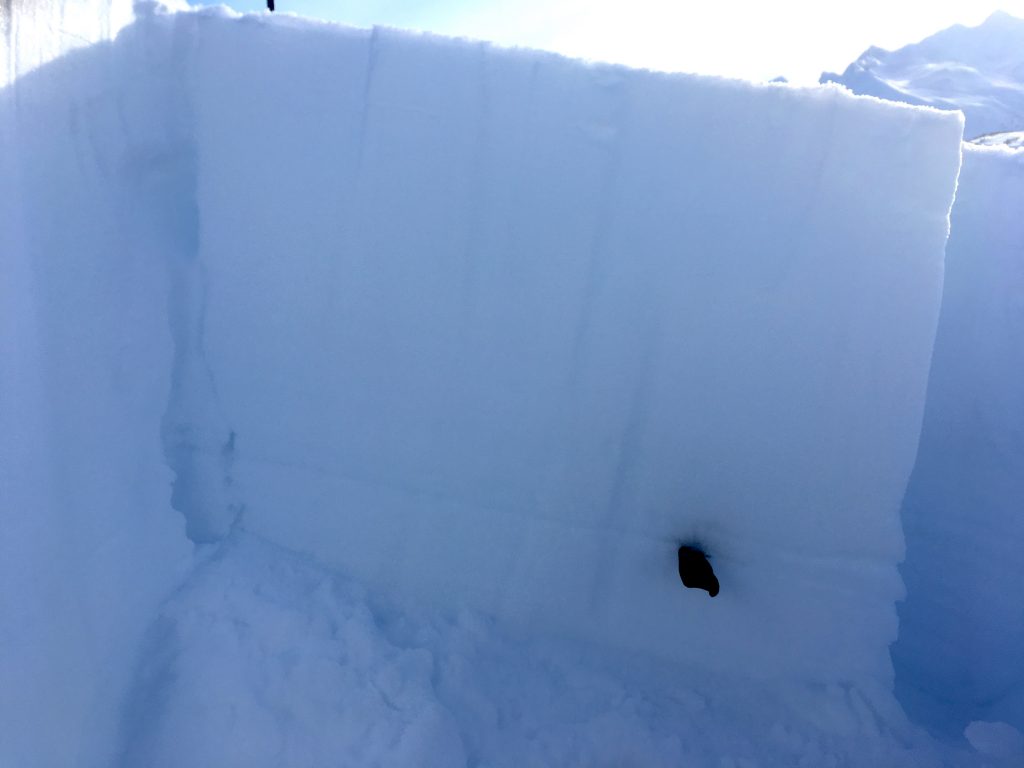 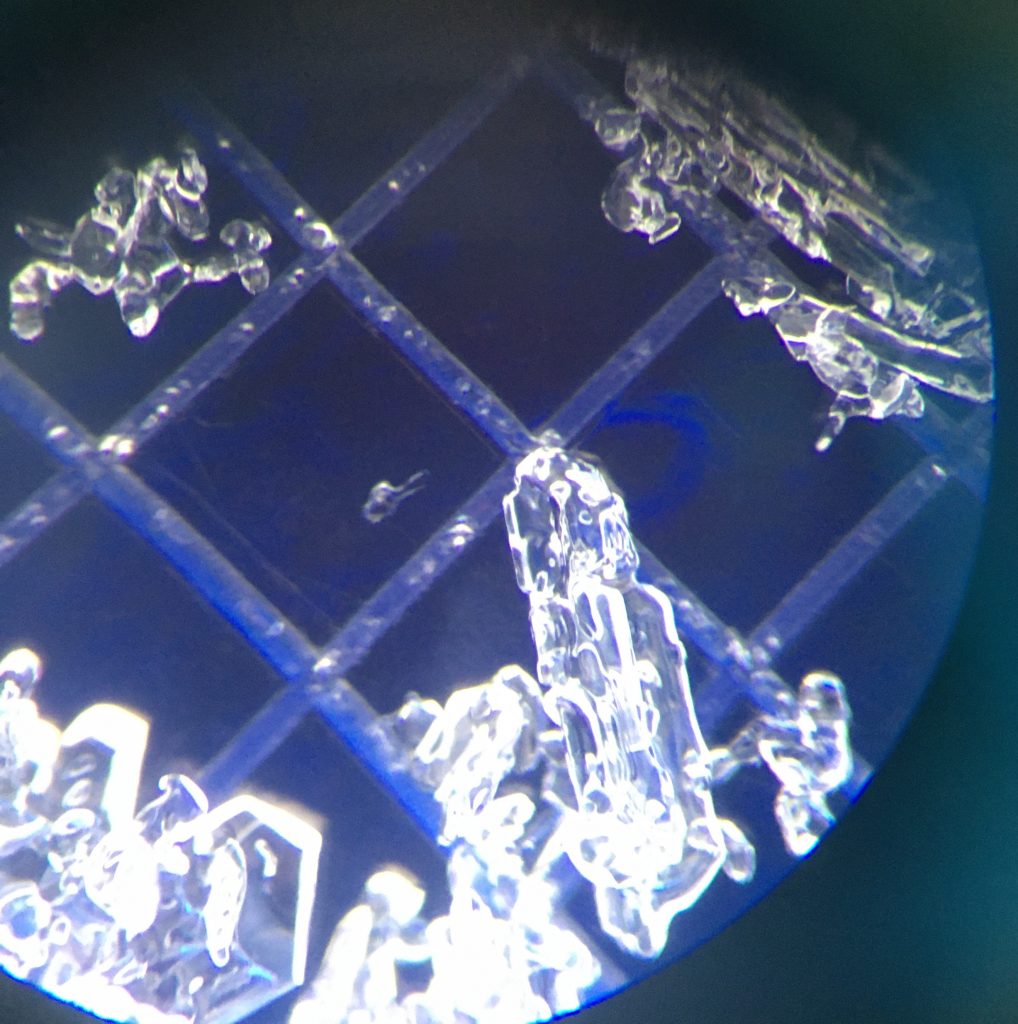 3mm buried surface hoar found 45cm below the surface in pit 1. It was needle-like in shape. 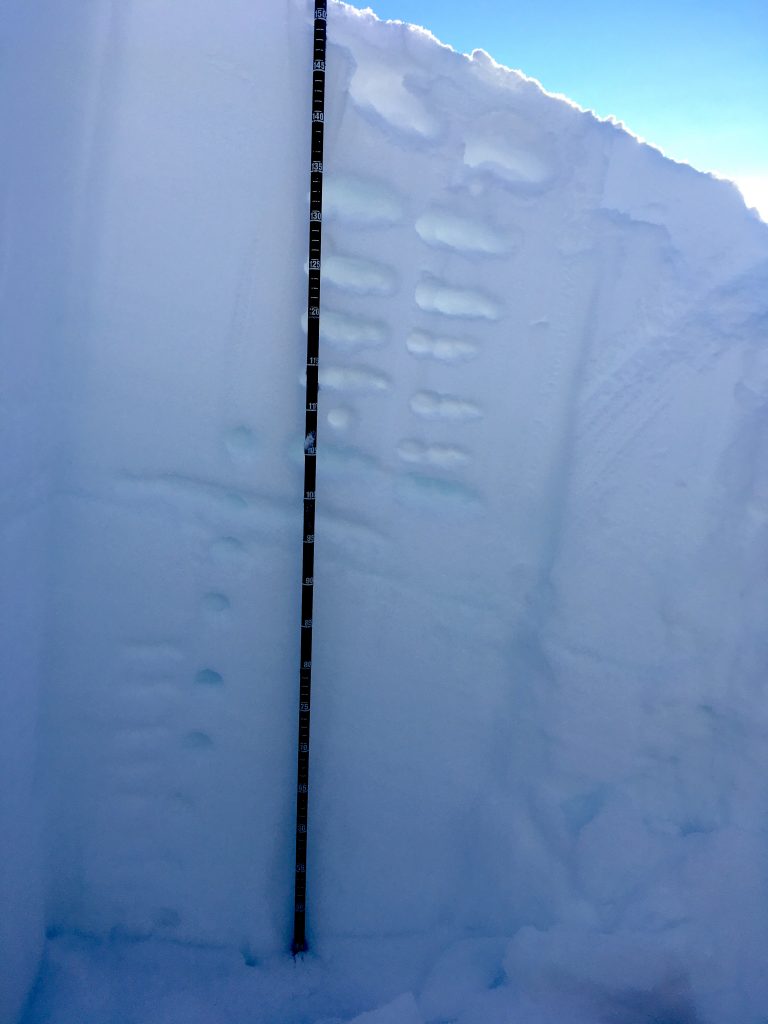 Photo of hand hardness from pit 1 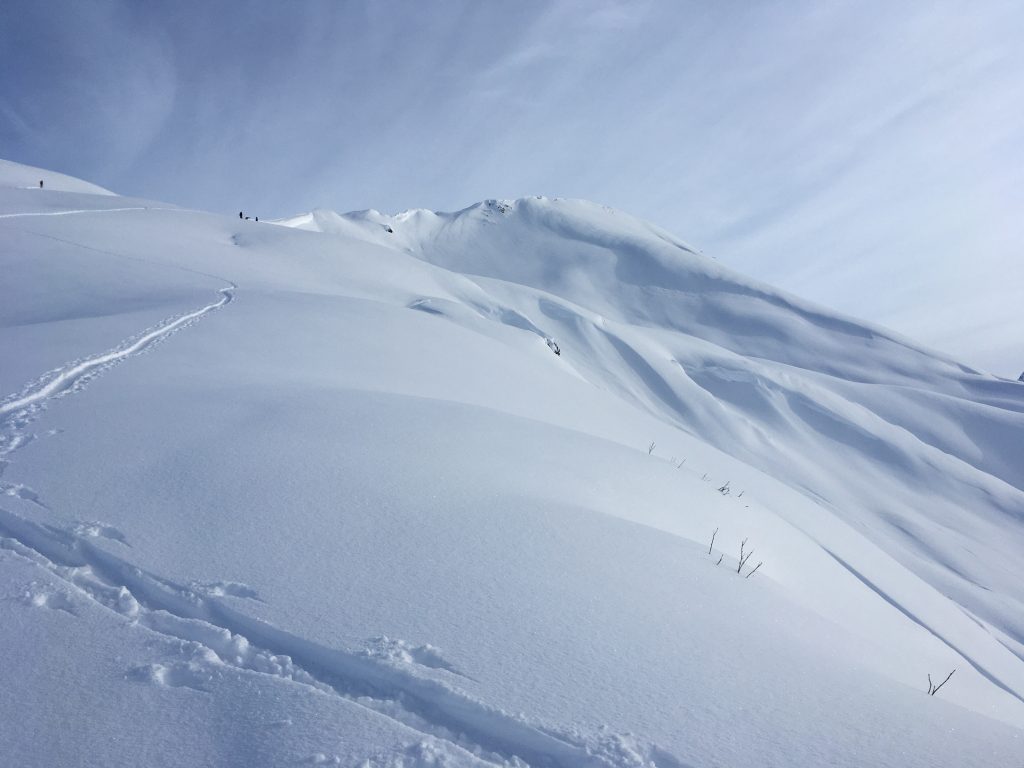 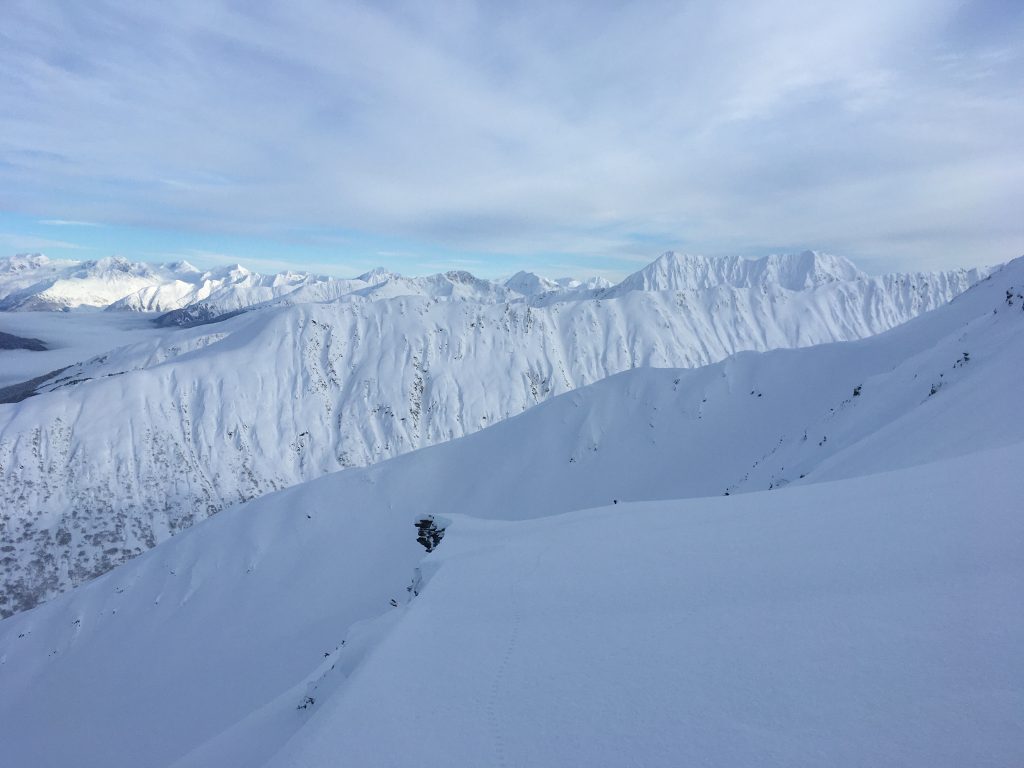 Looking towards Eddies from the top of Common bowl 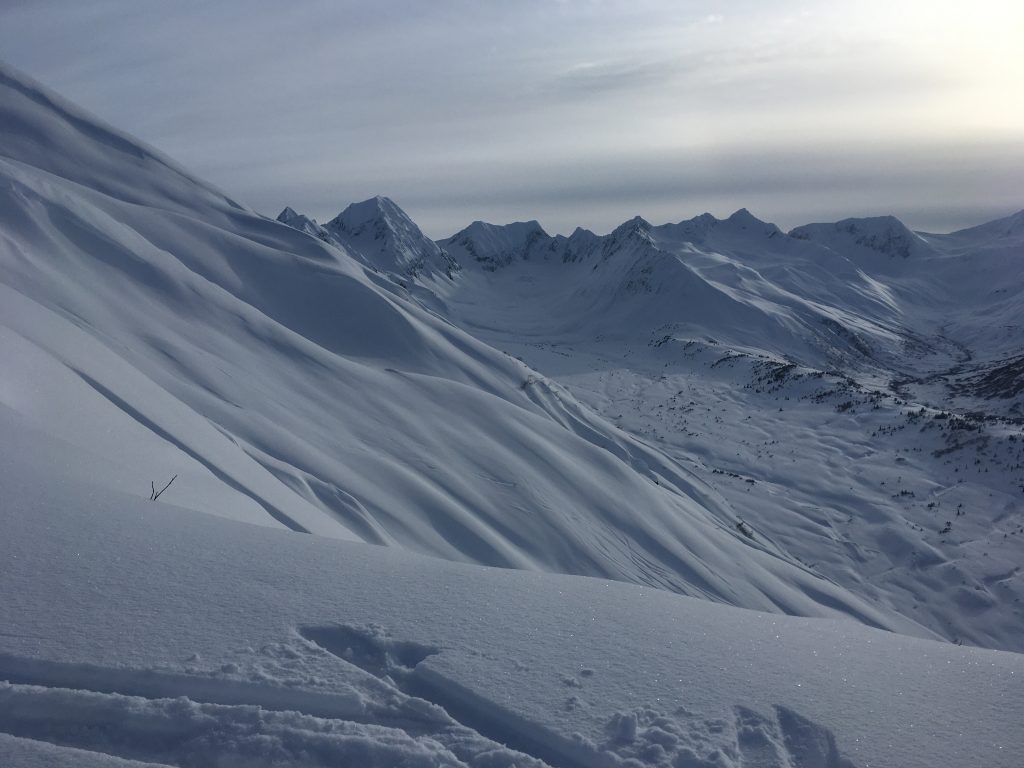 Looking up valley towards Kickstep 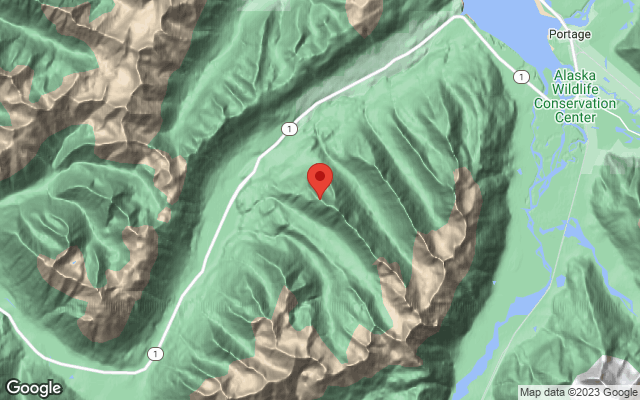