Skinned up standard route to 2400′ to look at how much new snow has fallen over the last few days. We also hoped to assess the snowpack above 3000′ on a North aspect to look for buried surface hoar and facets from earlier in April. Unfortunately visibility decreased significantly as we ascended due to blowing snow and turnaround just above treeline.

Recent natural storm slabs and dry loose sluffs. Two recent glide avalanches - one on SE aspect of Seattle and the other on SW aspect of Eddies.

Pit at 2400' -NW aspect, 28* slope, HS=185cm
10cm of low density new snow on the surface. The top 55cm of snow was right side up and sitting on a 1F hard 3cm melt-freeze crust. This MF crust was sitting on 1cm of rounds on top of P hard melt forms/melt-freeze(moist) from the big March storm cycle. Compression tests failed unevenly on varying layers within the top 35cm, all Q3. Shovel sheers tests were similar, but had clean sheer between the two melt/freeze layers on 1cm rounds. No persistent week layer were found. ECTX 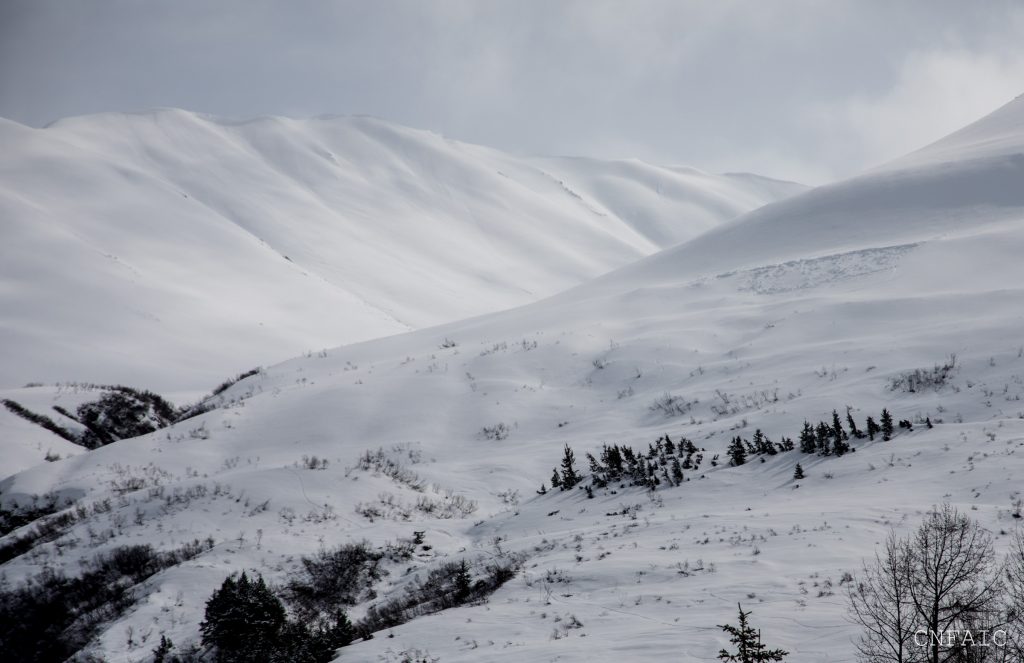 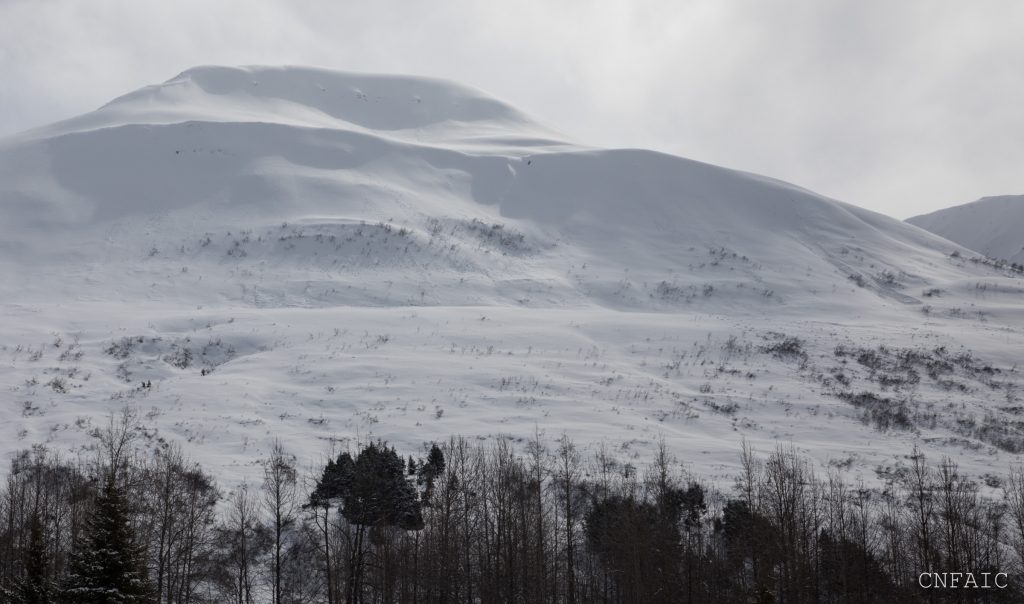 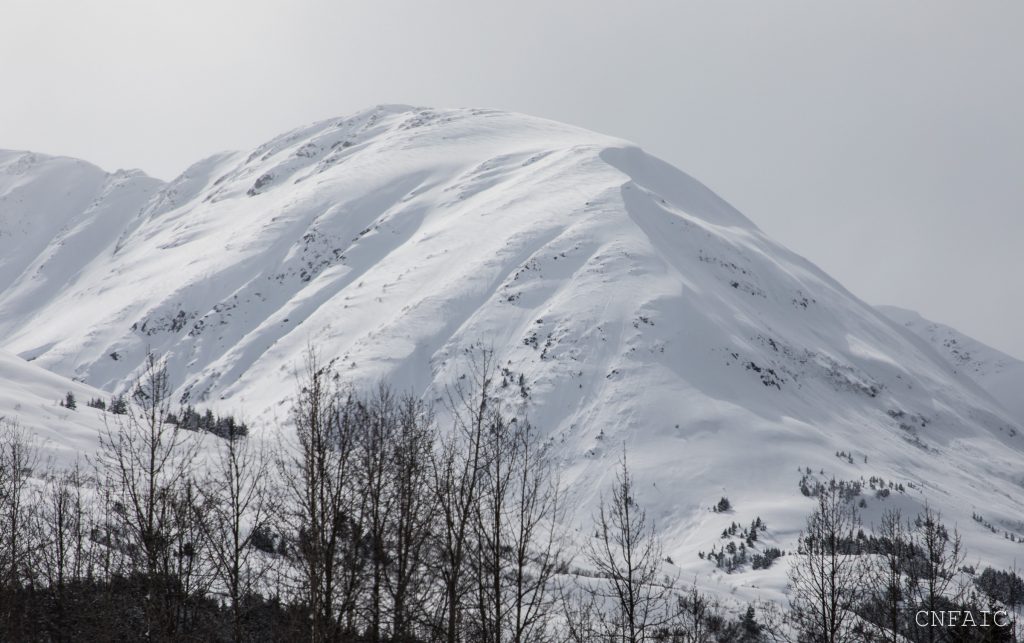 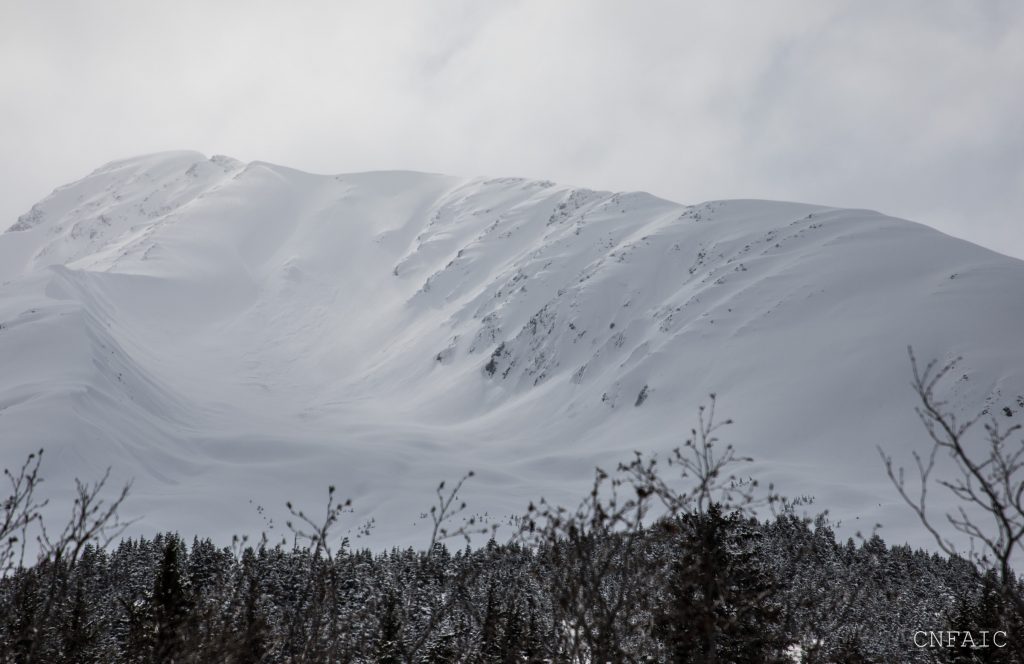 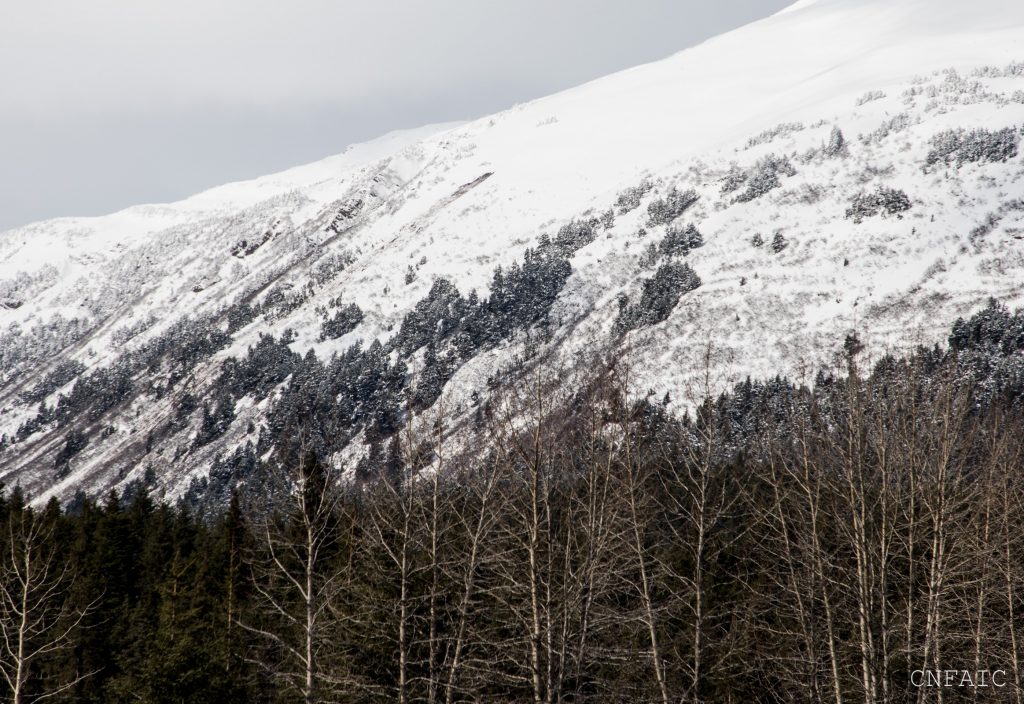 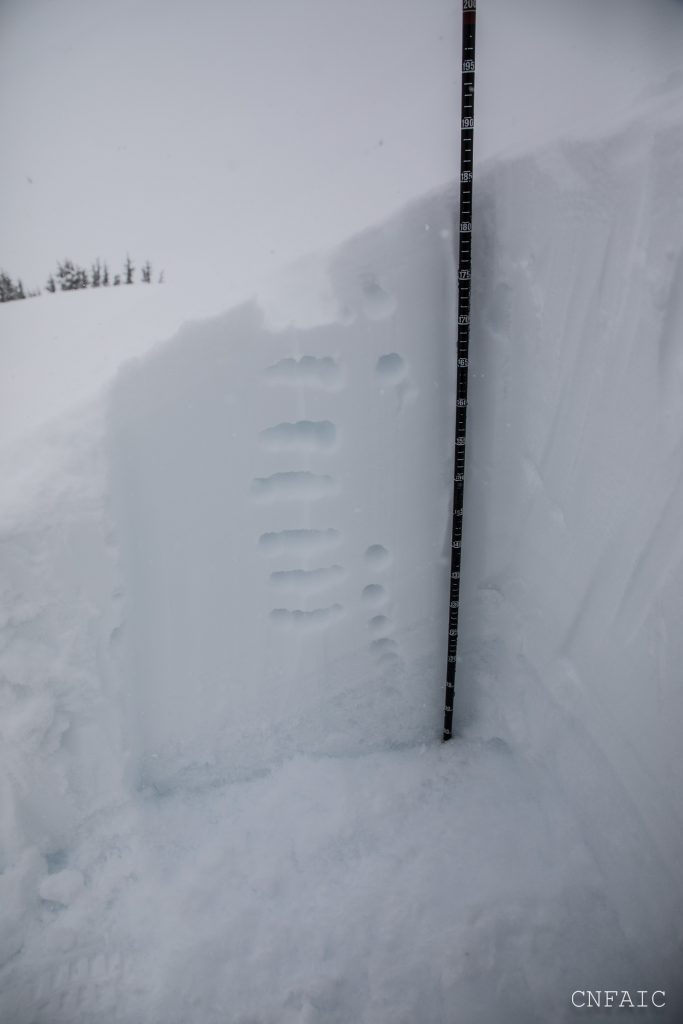 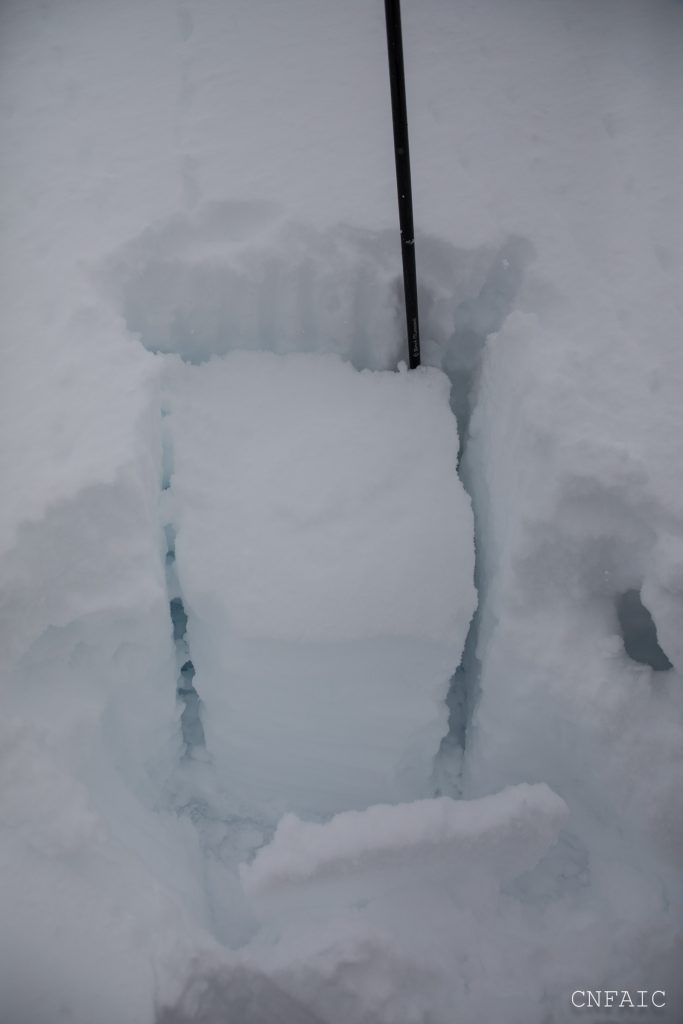 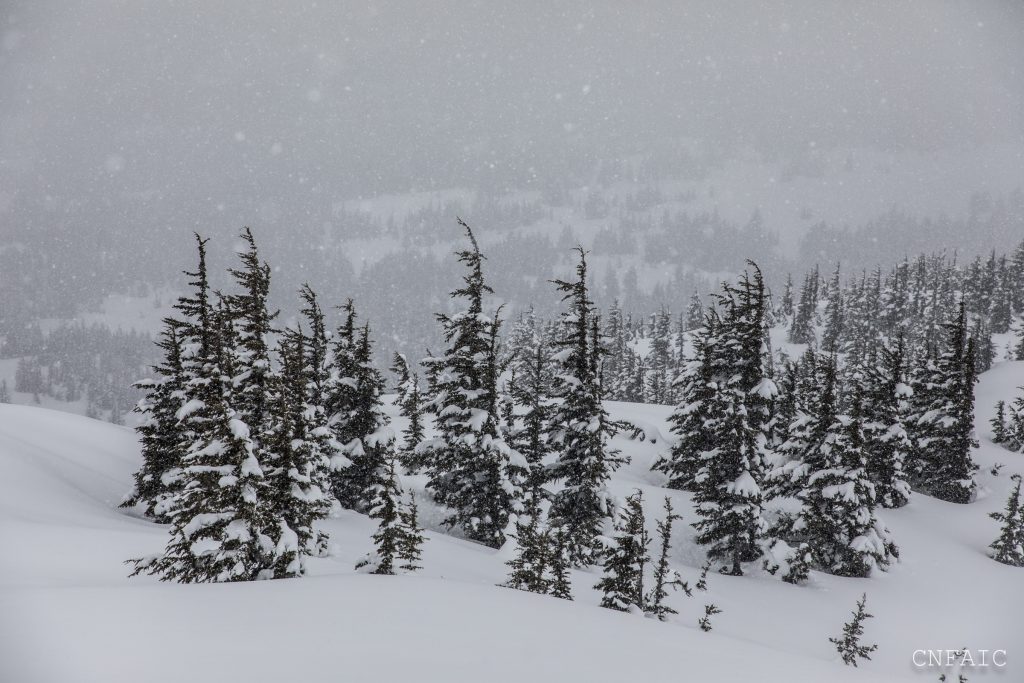 Snowfall increased dramatically by 2pm and made travel difficult above treeline. 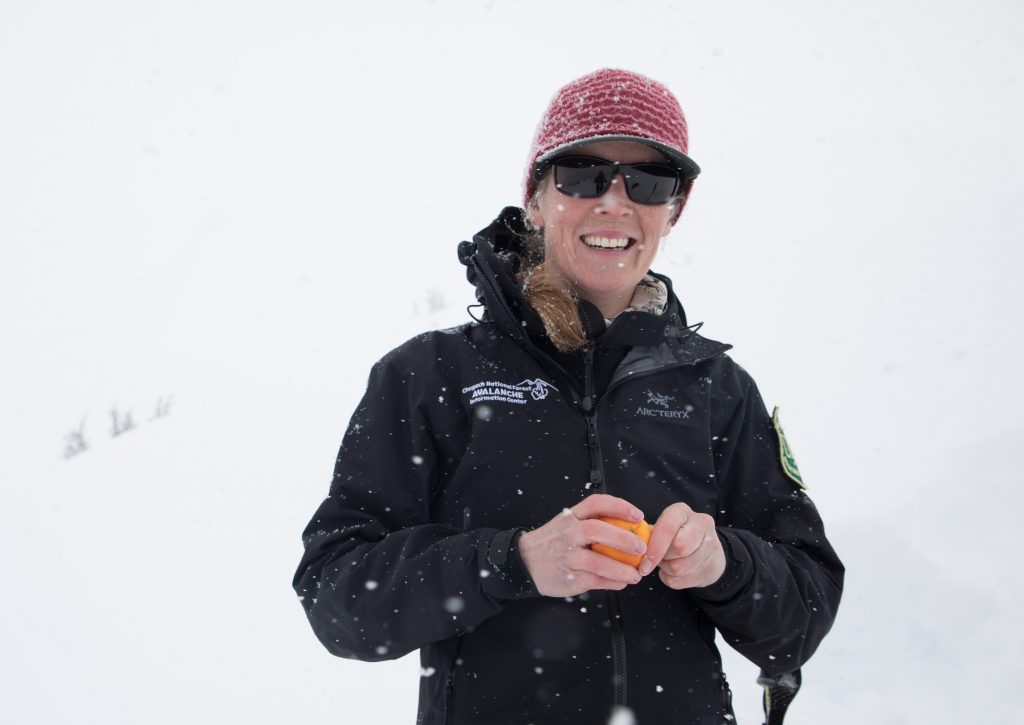 Thanks for a great winter. Safe travels this spring! Photo by Greg von Doersten 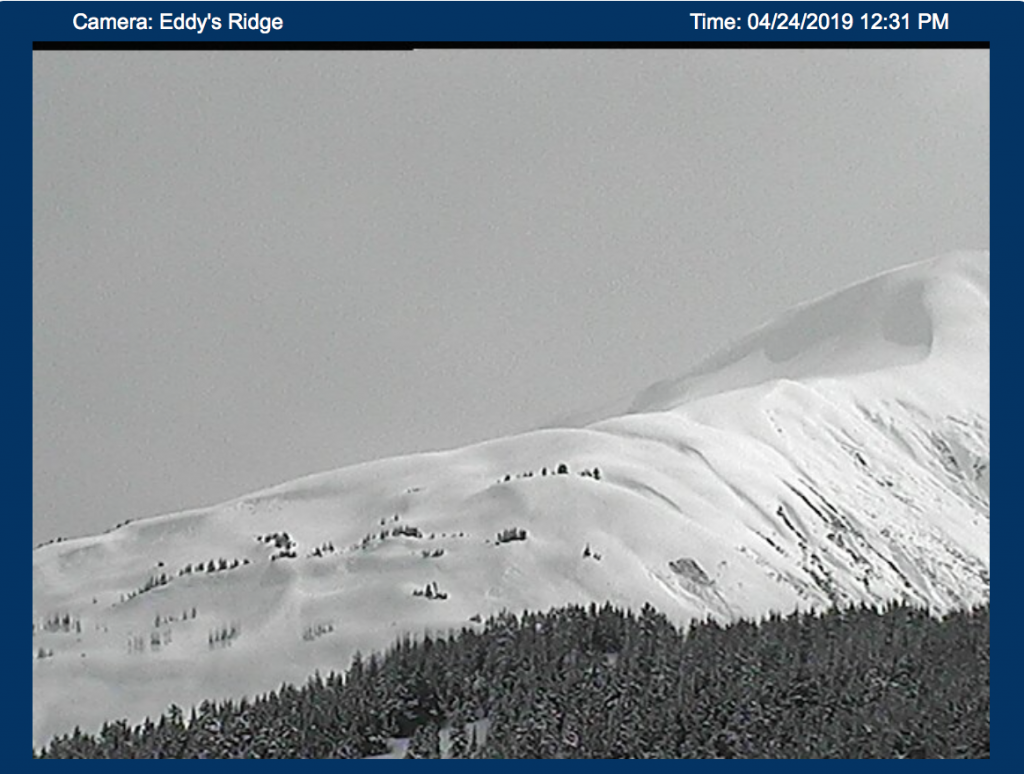 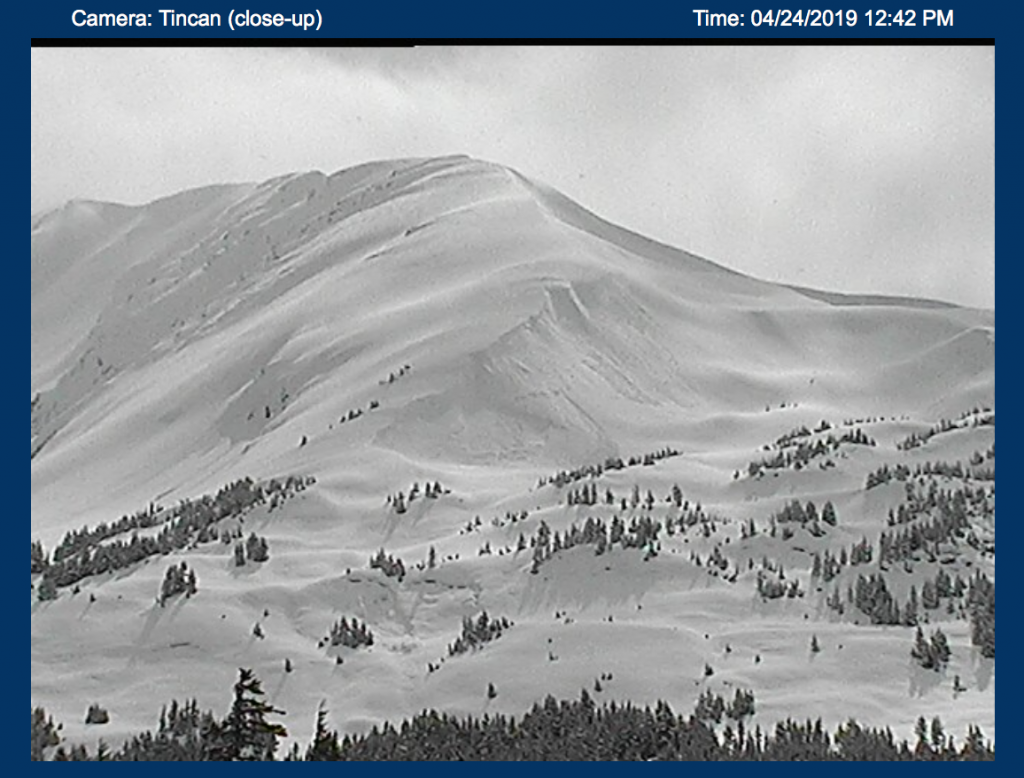 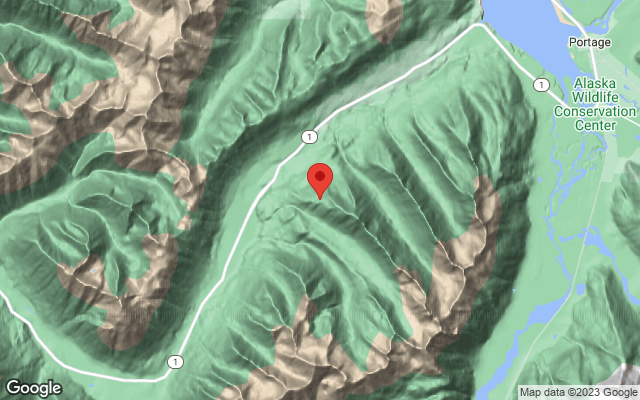