Weather: Sun and clouds moving in and out all day. Calm wind. Light snow and cloudy skies by 4pm.

Collapsing – yes. One very large collapse in the bottom of Hippy Bowl. Two smaller collapses felt just above treeline near the common up-track.

Cracking – minor cracking in new snow very steep slopes in the trees and on cornices along ridge.

Snowpack Observations:
Stubborn shears (ECTP 15,21,25 Resistant Planar) were seen below the 2/14 storm snow at the new/old snow interface, 45-50cm down. The storm snow has settled out quite a bit since yesterday. The more concerning layer is above the January crust and sits 70-80cm down. This layer is composed of very weak facets and is variable in distribution. We did not find this weak layer below treeline but we did see it in some areas above treeline – most notable is where we had the huge collapse. See video and profile in photo below. Test results at the facet layer: ETCP 14 and 17 Sudden Collapse. 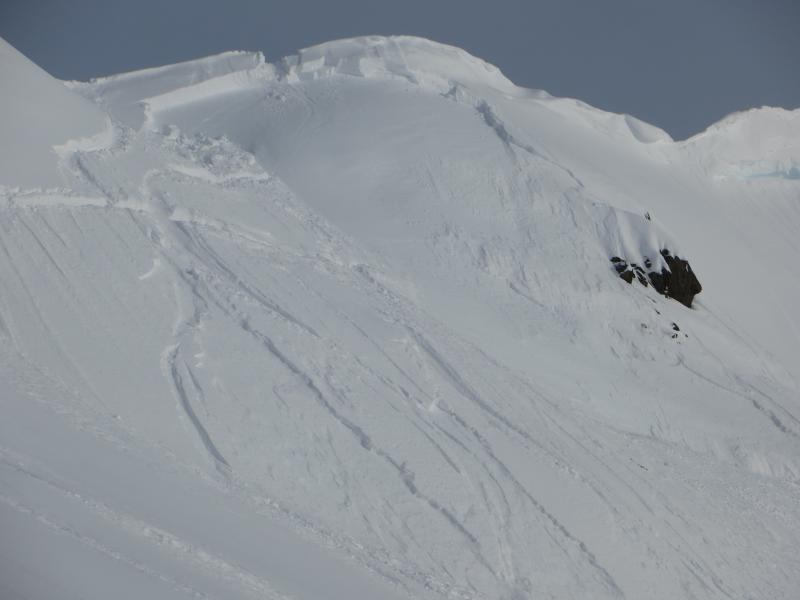 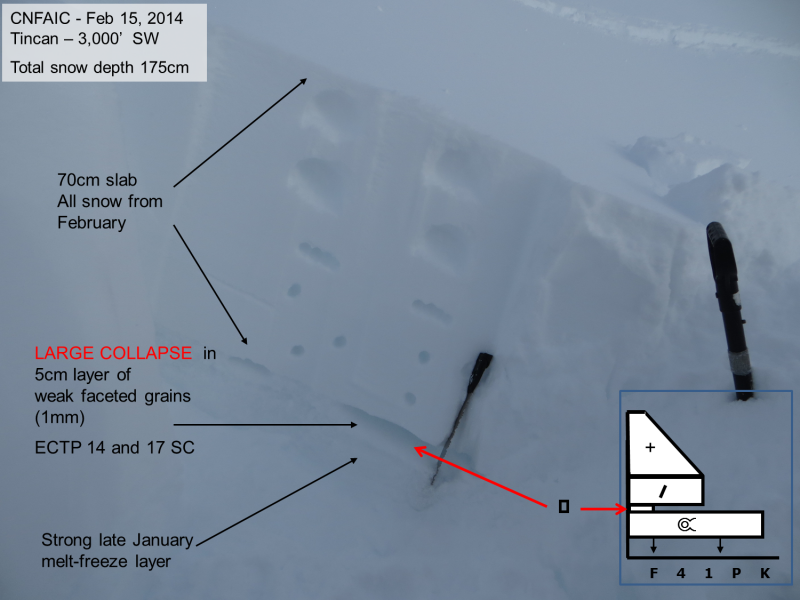 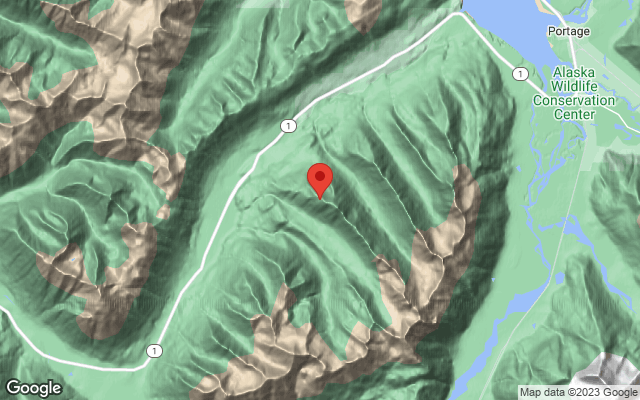