Dug many hand pits and found the 1/21 buried surface hoar in every location. The 1/21 BSH is sitting on a crust to ~2500'. Hand pits between 2000' - 2400' failed with moderate force on a density change above the 1/21 BSH layer. A thin crust was also noted just above the BSH, but it was still intact and standing up. In the alpine between 2700' and 3000' hand pits failed with easy to moderate force both on the 1/21 BSH and just below it on a density change.

Two test pits at 3100' on a SW aspect found the 1/21 BSH 35-40cm below the surface. All stability tests failed on this layer with moderate to strong force, 2 out of 6 ECT's propagated through the column. Shovel shear tests found 1/11 buried surface hoar 45-50cm below the surface, and two CT's failed with strong force, but no failure on ECT's. The 1/21 buried surface hoar was 6-10mm in size and sitting on a 1F- hardness. The slab was 4F with several wind packed 1F density changes. The slab broke under the shovel in several ECT's. 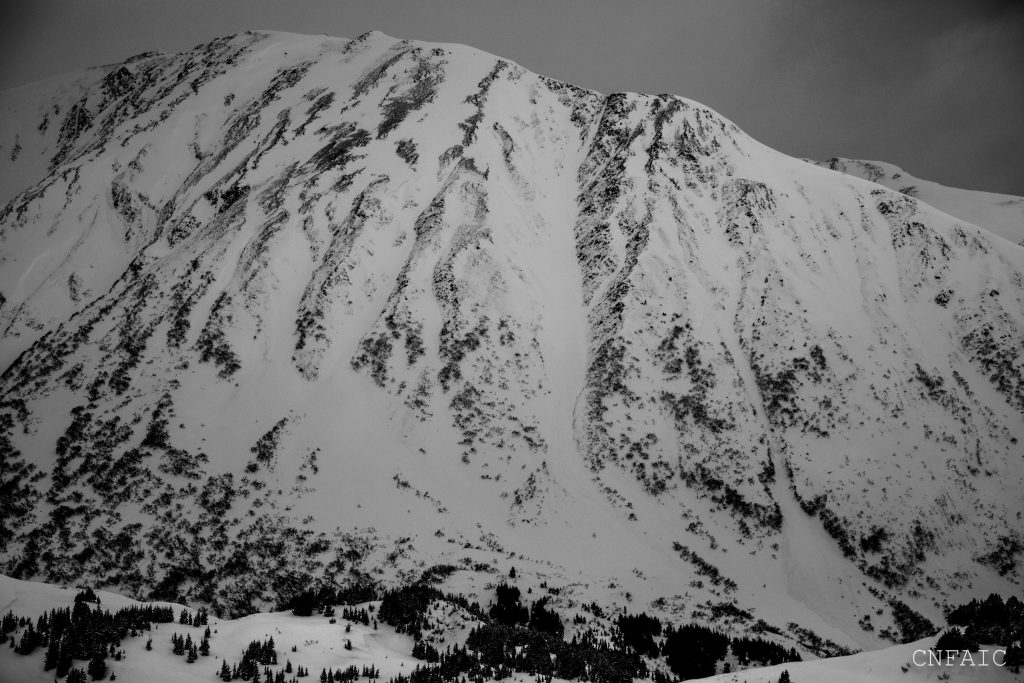 New debris in a North chute of Sunburst 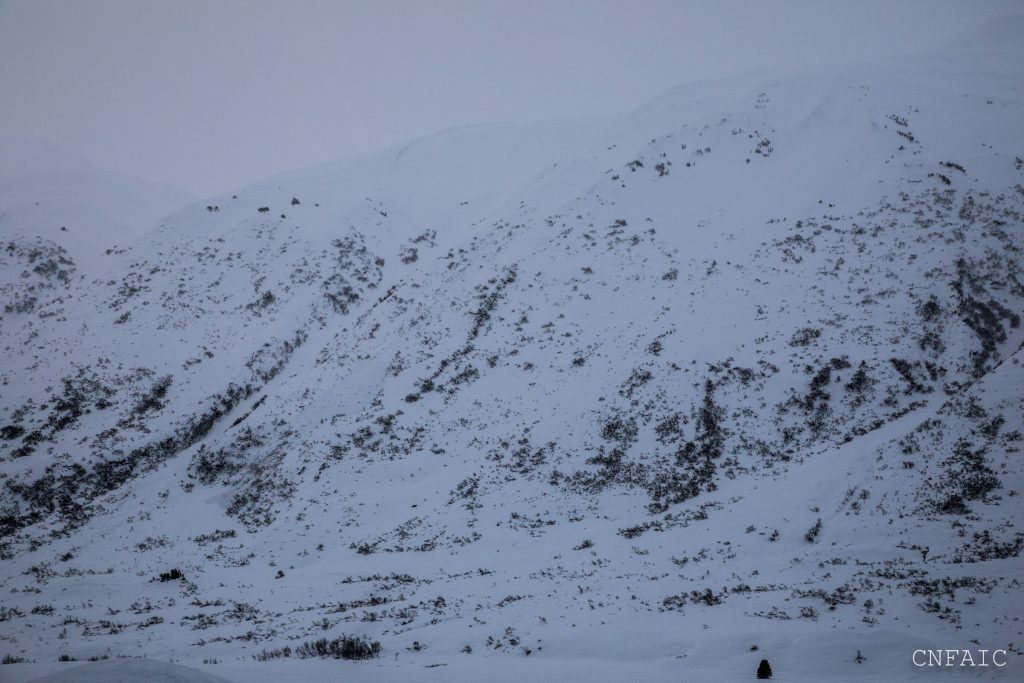 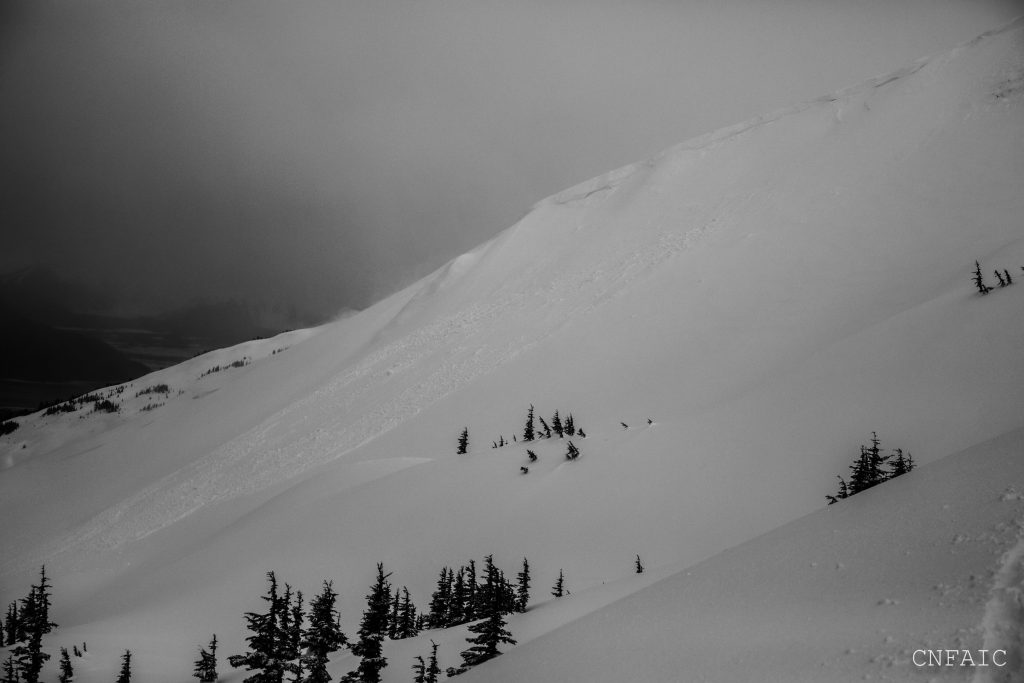 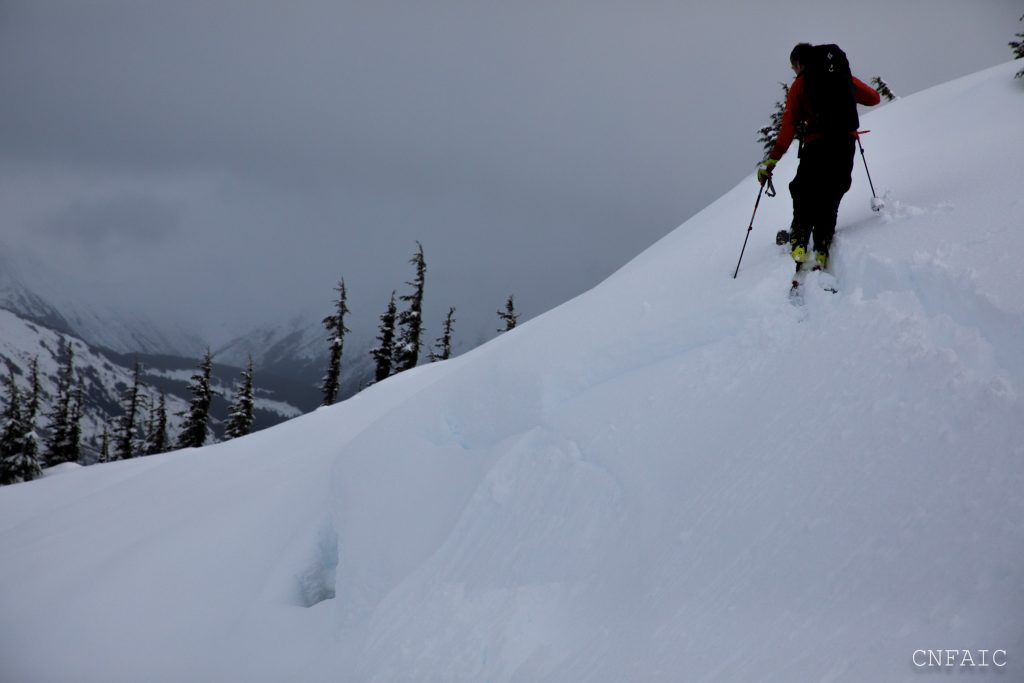 Very small pocket released on an unsupported test slope at 2200' on West aspect, cracking also observed in this location 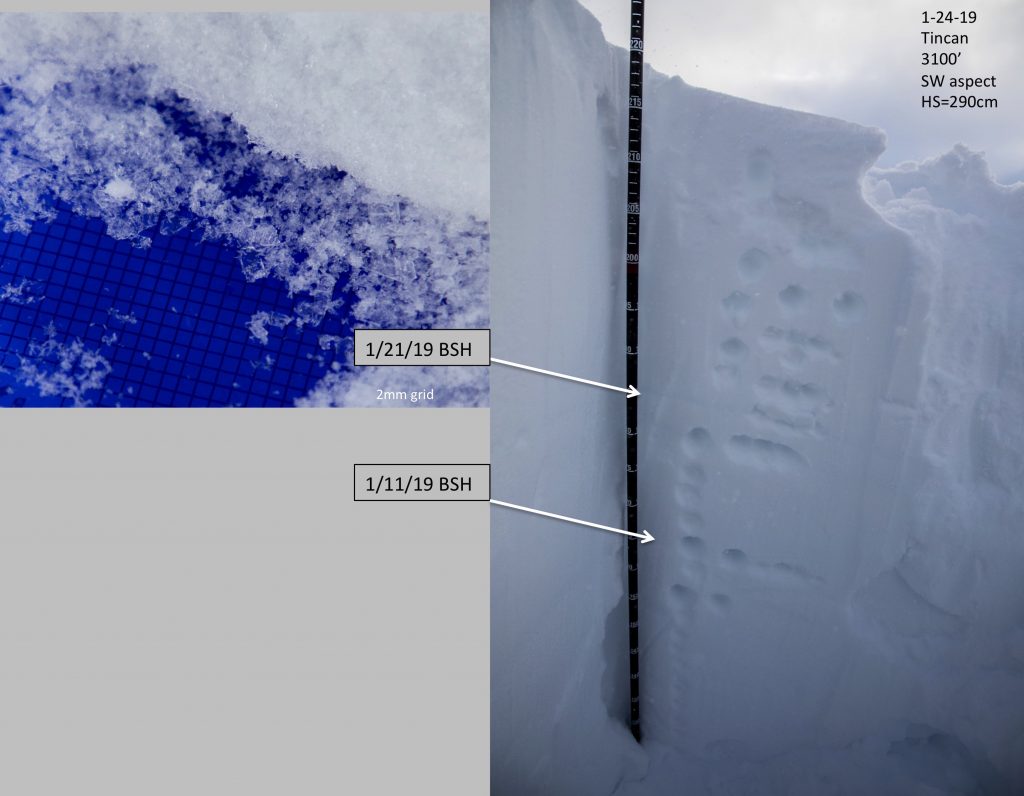 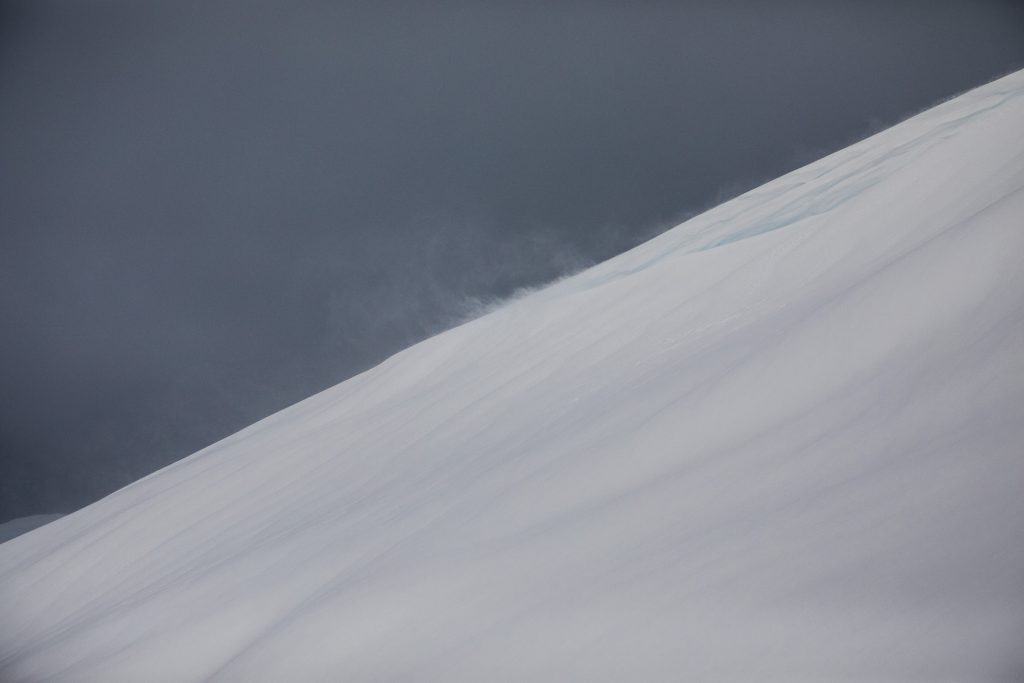 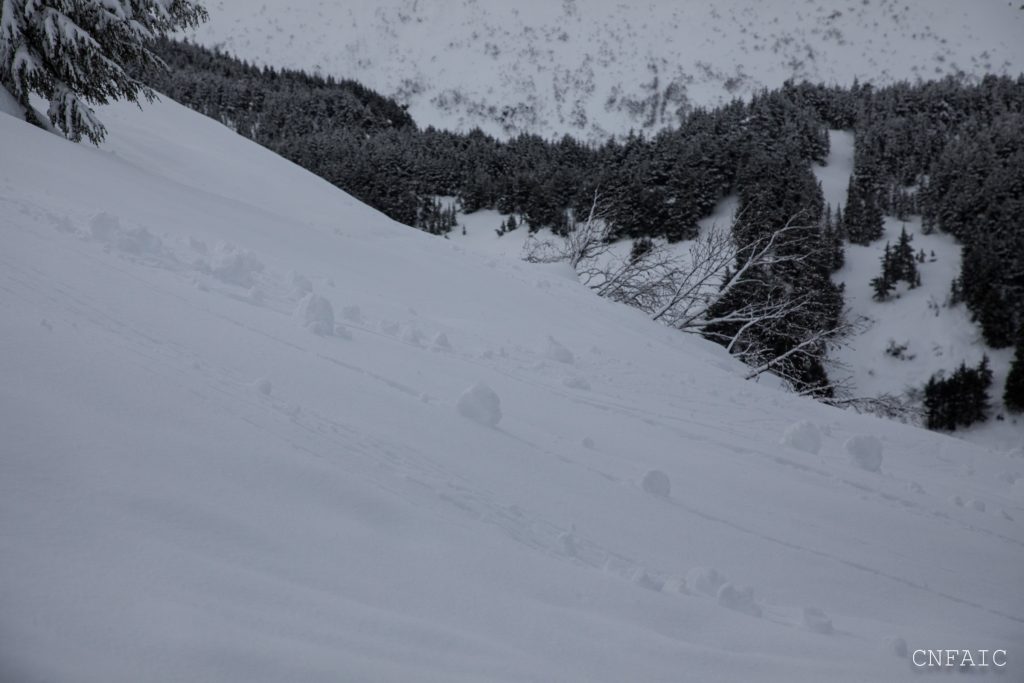 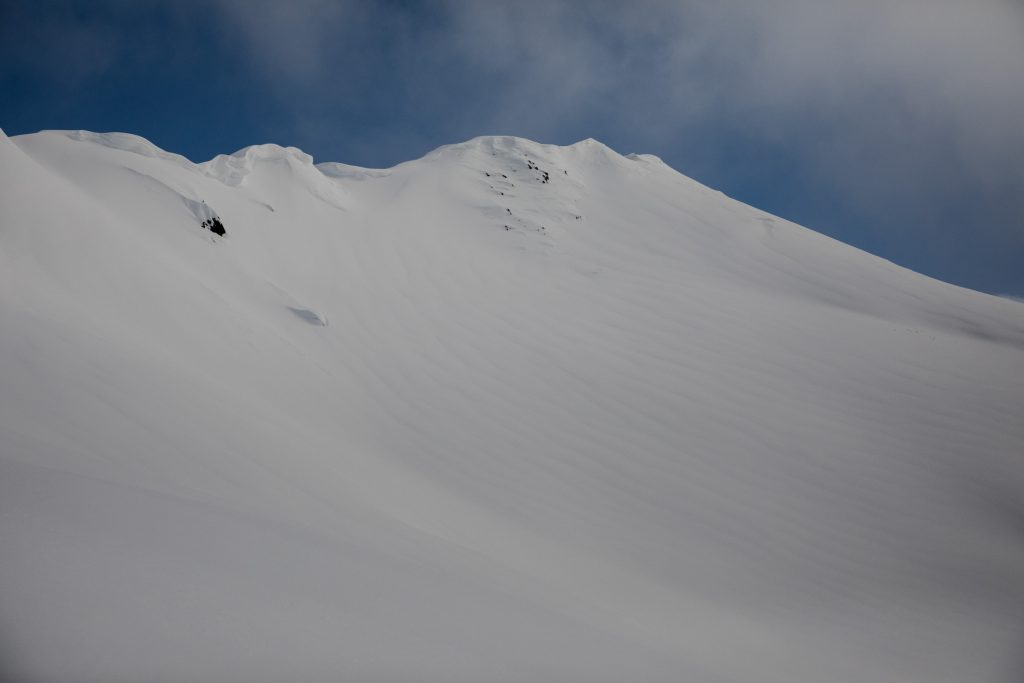 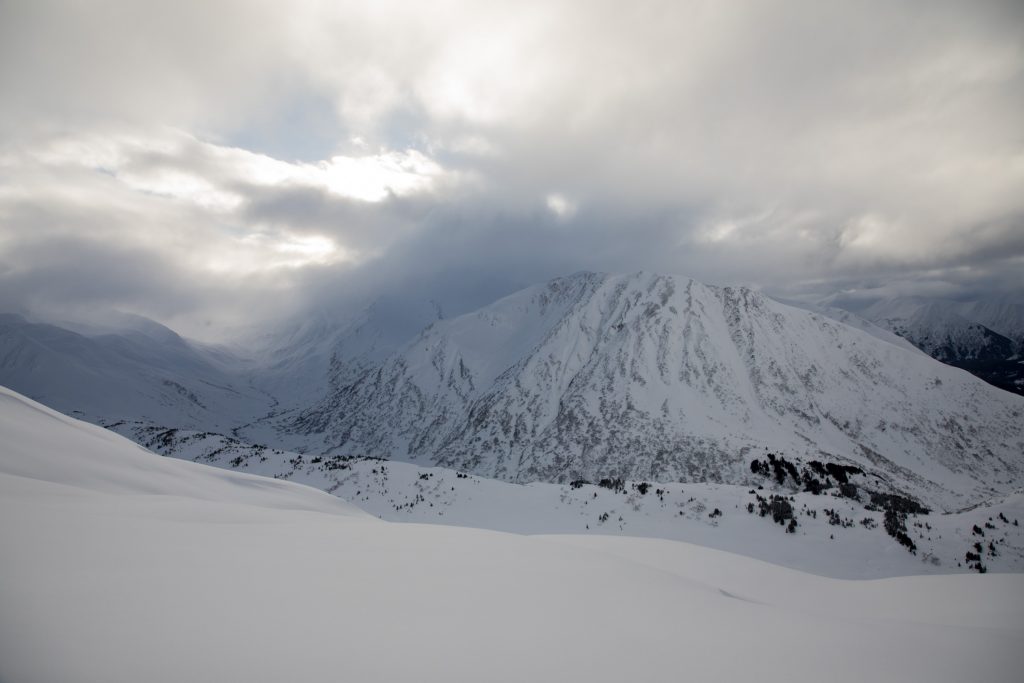 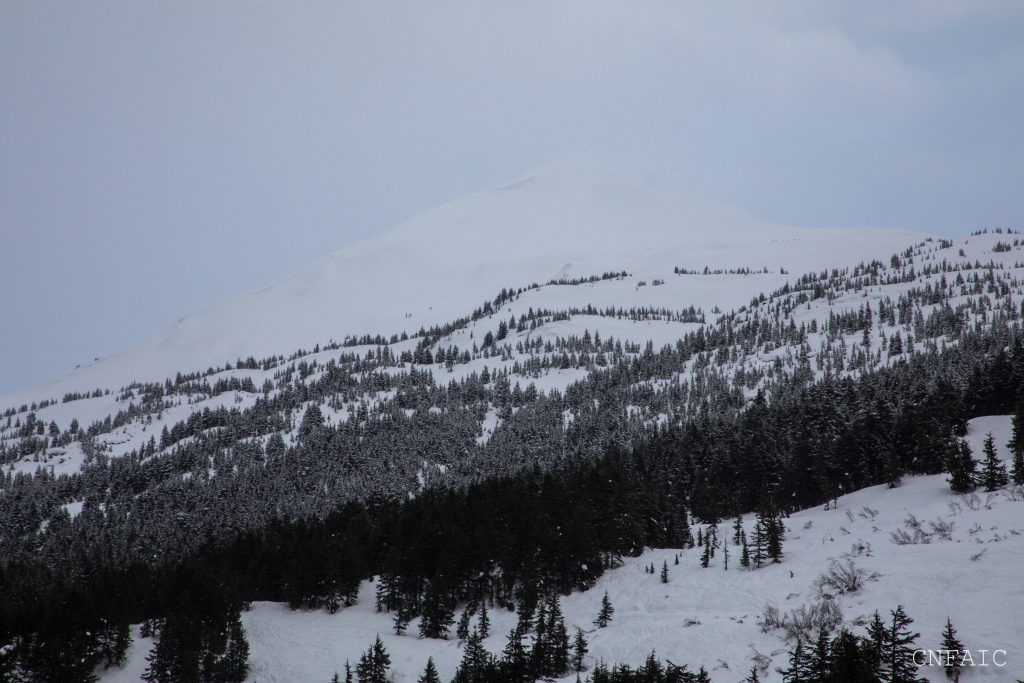 Rain/snow line was surprisingly lower than expected ~1500' where new snow was sticking to the trees. 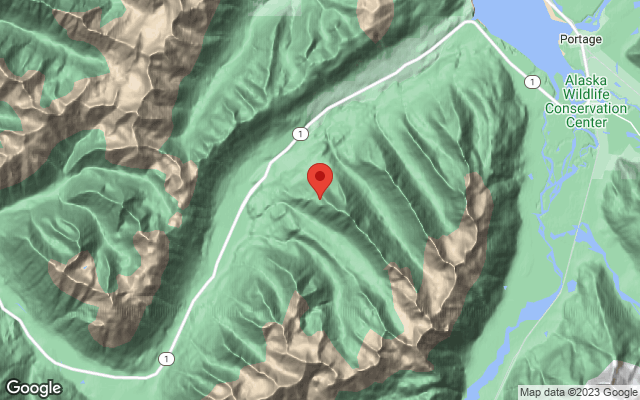