Recent avalanche activity from mid-late storm, all D1's. Not the greatest vis in the afternoon. Spoke with a group who noted debris at the bottom of Todds from mid storm. Also spoke to a group who went up Sunburst and could see an older crown and debris (size D2) on Northern chute on Magnum and said gully had reloaded.

Broken skies becoming obscured in the alpine in the afternoon
Temps at 1000': 28F
Temps at 3000': 15F
Light NE winds
No precip observed

Snowpack changes drastically with elevation. Very little snow below 1500' and snowpack gradually increasing to 5' at 3000'. We found a very strong snowpack below 2500' with a crust forming near the surface from recent rain. The snowpack is pretty moist in this elevation band and we also found moist 2mm facets on the ground below a crust at 2500'. Rain runnels were visible to 2500'. The crust below the loose snow surface gradually disappears around 2700'.

Probed around from 3000' to 3200'. Snowpack is variable 4'-5' feet near the top of Common bowl. We dug two pits with no remarkable test results except one CT30 failing 75cm (30") below the surface on buried surface from 11/23. The buried surface hoar was laying down in pit wall, but was 6-8cm on average. There was two 1cm melt/freeze crusts 14" and 18" below the surface. This indicates two periods of warming temps where wet snow fell mid storm at this elevation. We dug two pits side by side. See photo diagram below. 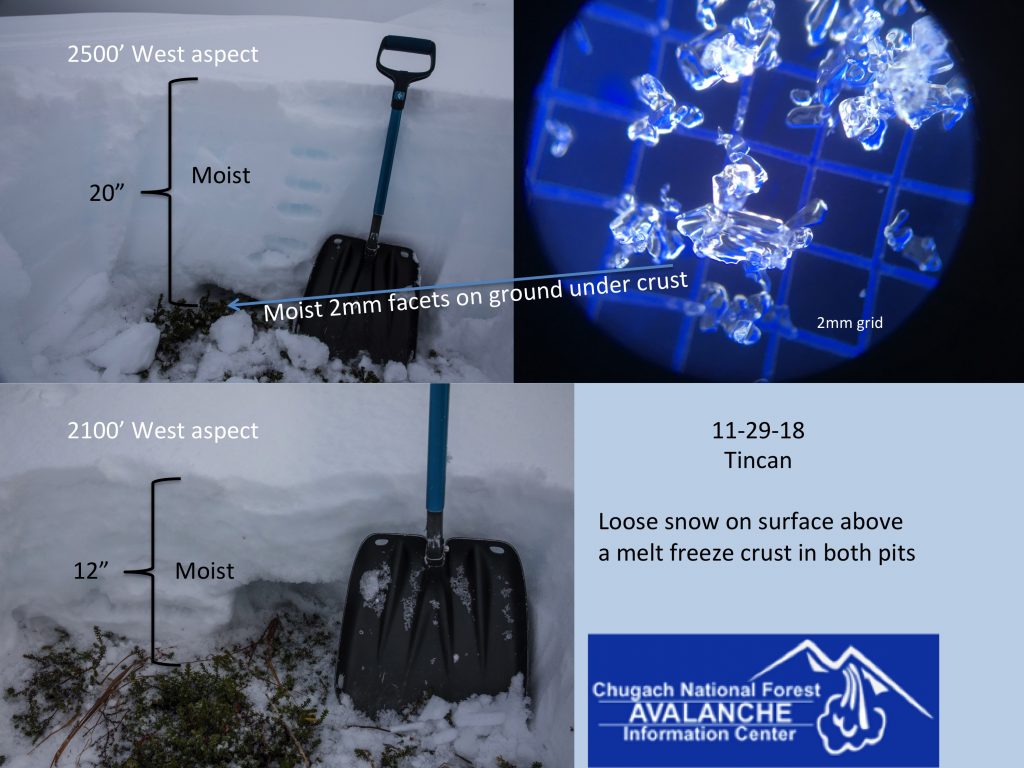 Height of snow gradually increases with elevation. Note the moist snow and a melt freeze crust forming near the surface. 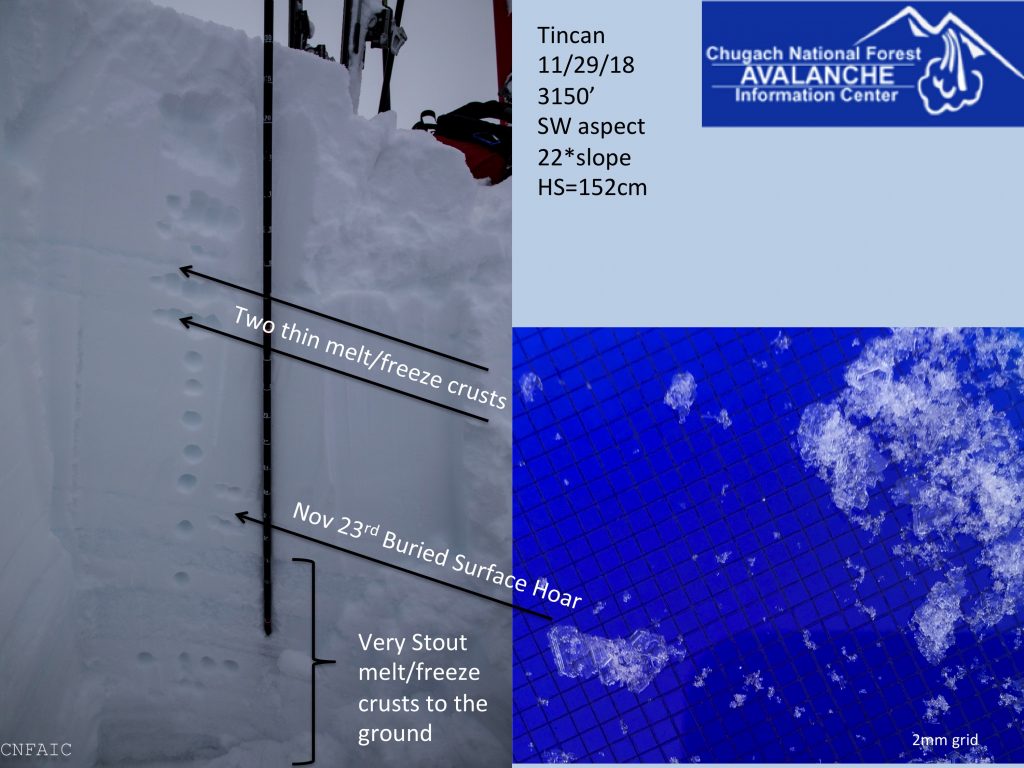 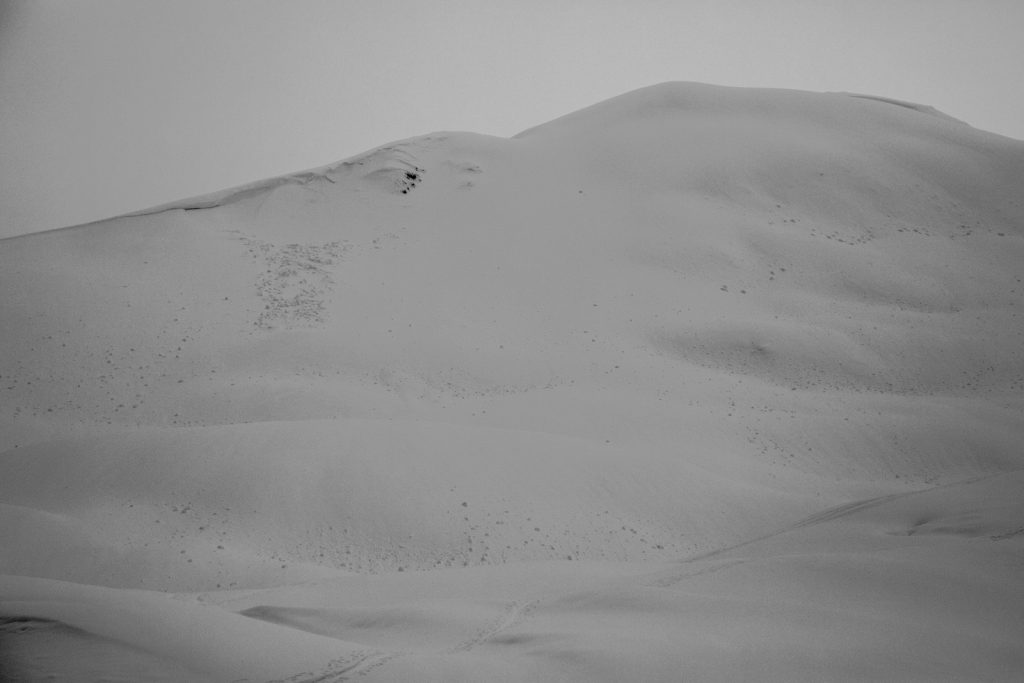 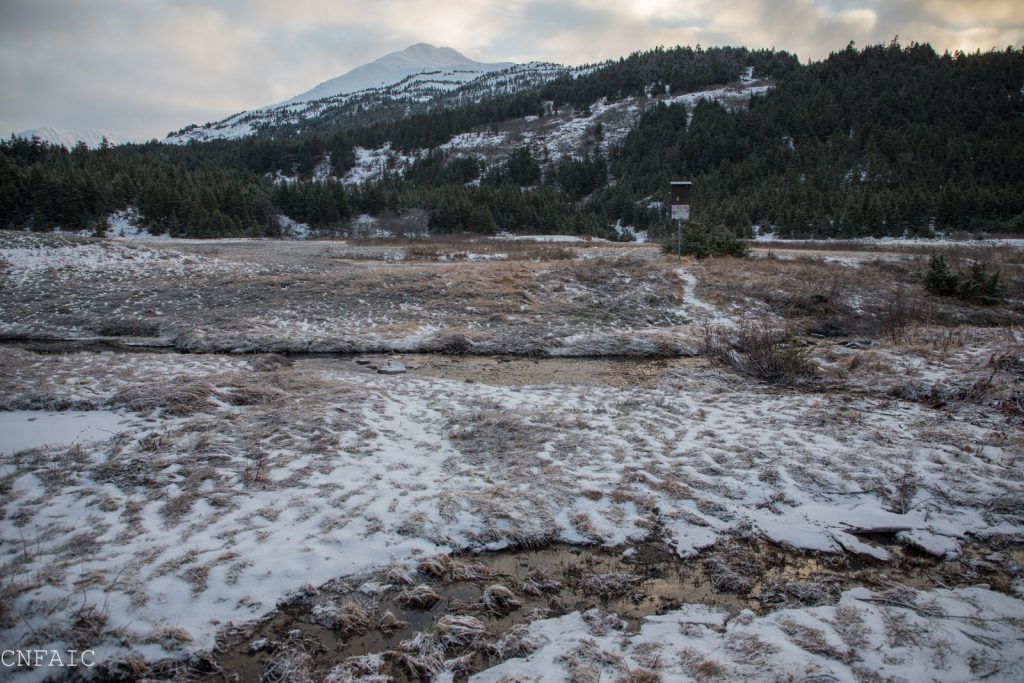 Mud and patches of melt freeze crust at 1000' 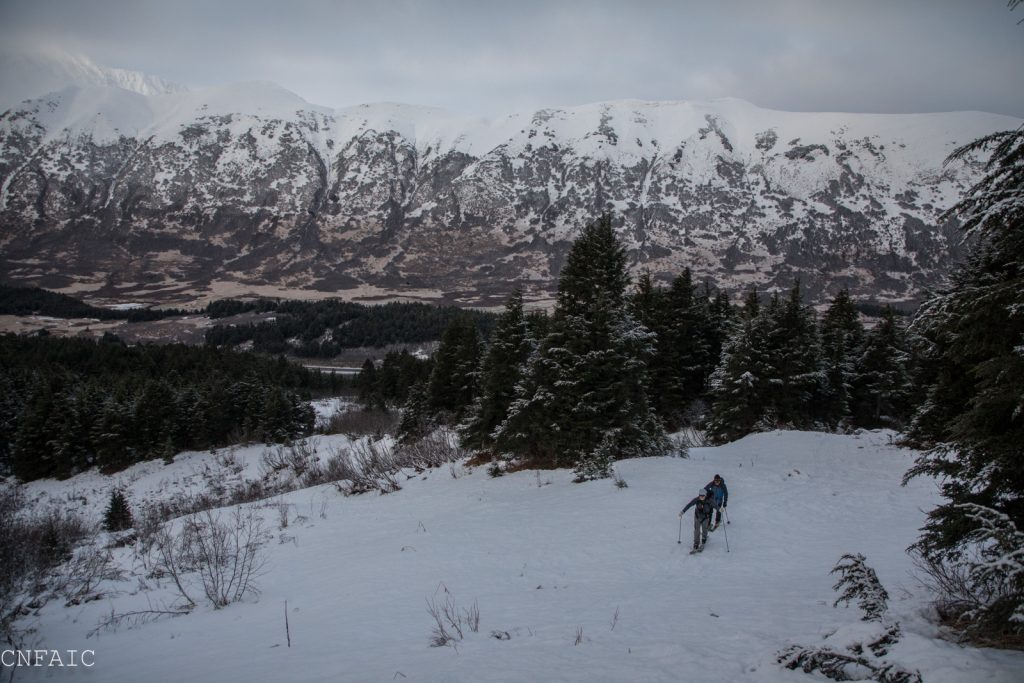 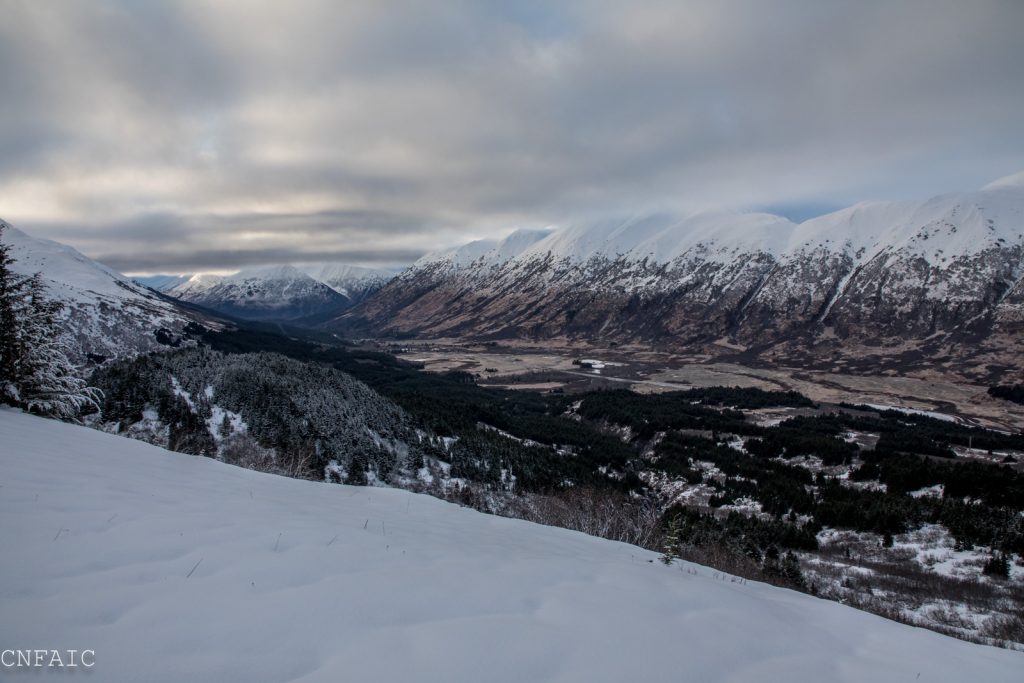 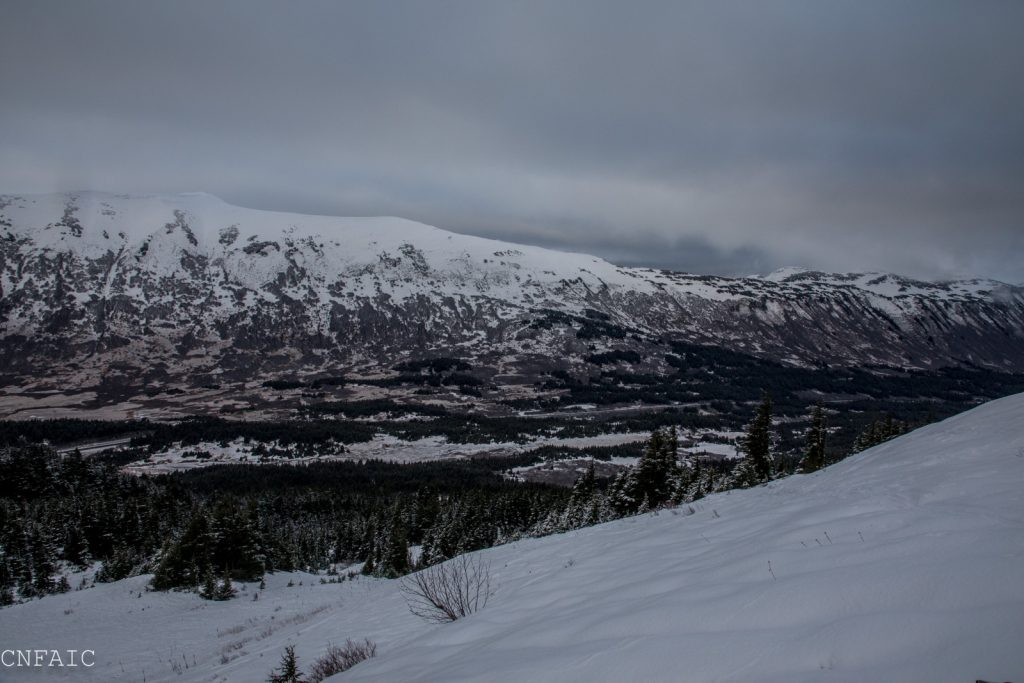 Repeat Offender and terrain on Northern end of Seattle Ridge 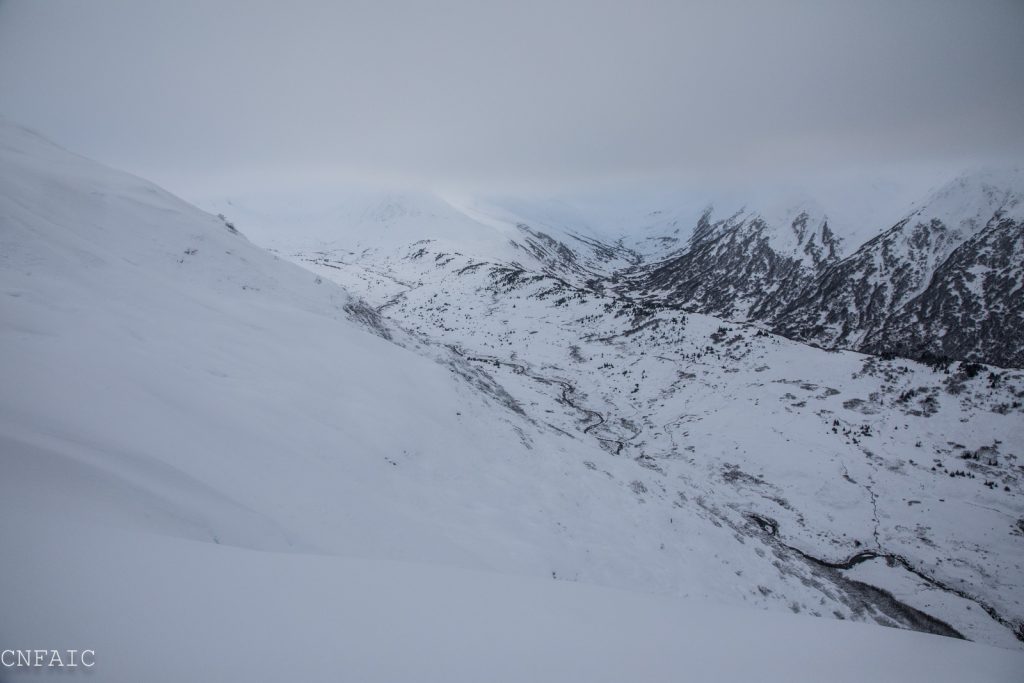 Looking into the back of Center Ridge towards Kick Step 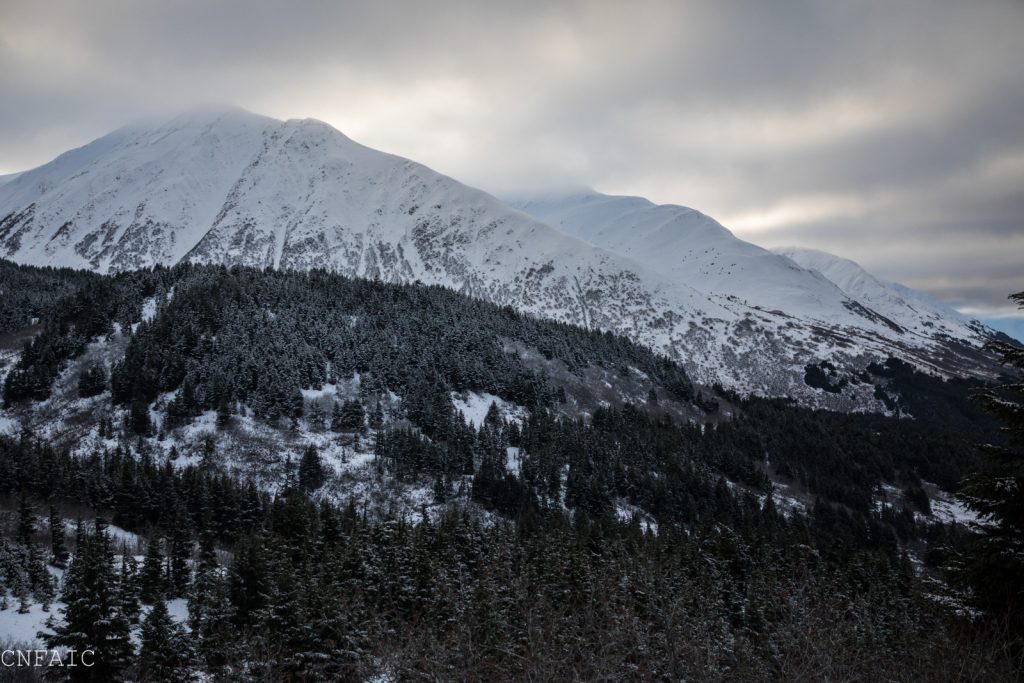 Northern aspects of Sunburst and Magnum behind it 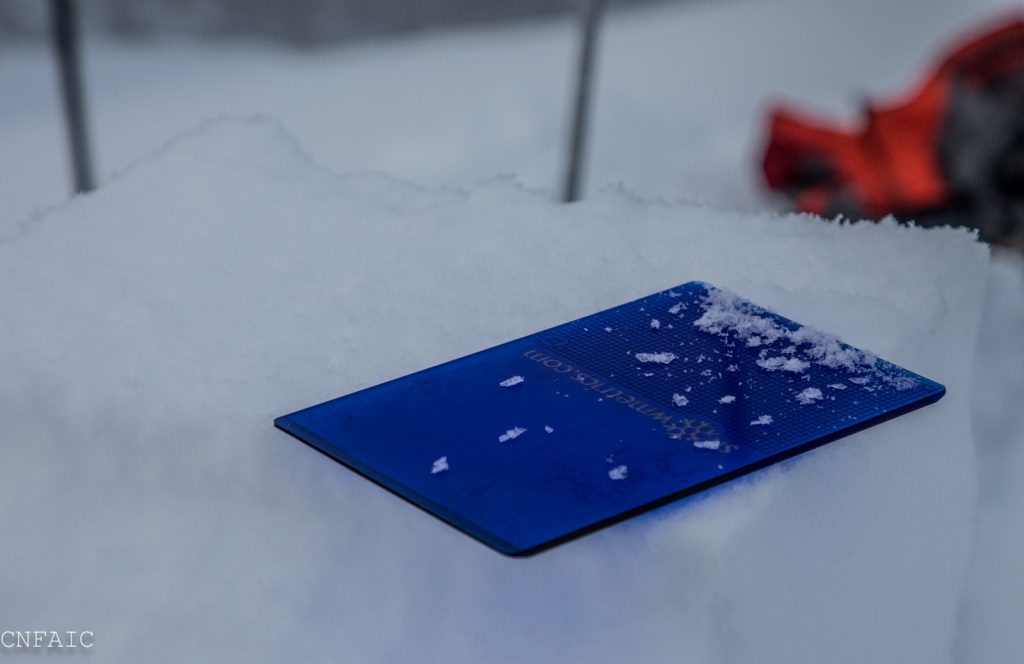 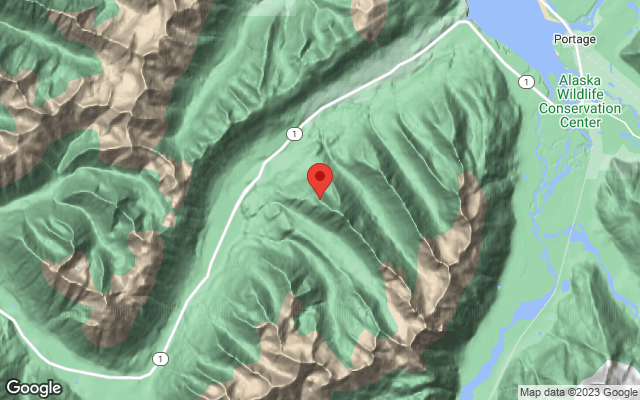