On our descent the top 4-6" of the snowpack was wet and loose and easily pushable on steep terrain features.

A little of everything. Overcast with scattered snow showers. We experience a 30min period of partial clearing and sun and then scattered rain/snow showers on our descent. Upon our descent we could feel the affects of thinner clouds and sun causing a green house affect, trapping warmer air. Rain/snow line was near the road, but only a trace of new snow was observed. Temps were in the 40F's. Winds were 5-15 with some gusts in the 20's.

Wet snow surface from 2300' all the way to the road. A trace of new snow was seen but it quickly became wet with sun poking through clouds.

We dug two pits at 2300'. One on a SSE aspect and the other on NNW aspect. The weakest layer in both pits was the new/old snow interface 6" below the surface composed of wet non-cohesive melt forms. We poured cool-aid in both pits to see how liquid drains in the snowpack at this elevation. In both locations the cool-aid pooled 6" below the surface at the old interface. Below this layer the snowpack had around 12-15" of moist melt/forms. Rounded firm (p-hard) old snow was found below this layer. Pit heights were around 110cm deep. We had one compression test fail with strong force 6" below surface on weakest layer. No other tests were performed. See photo diagram below for more info. 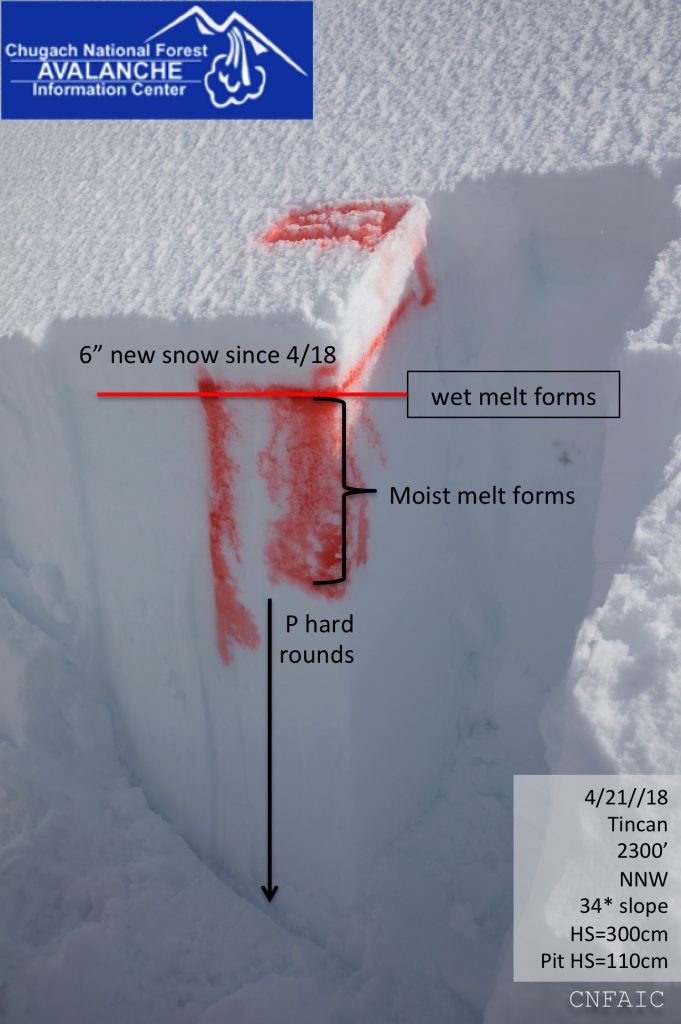 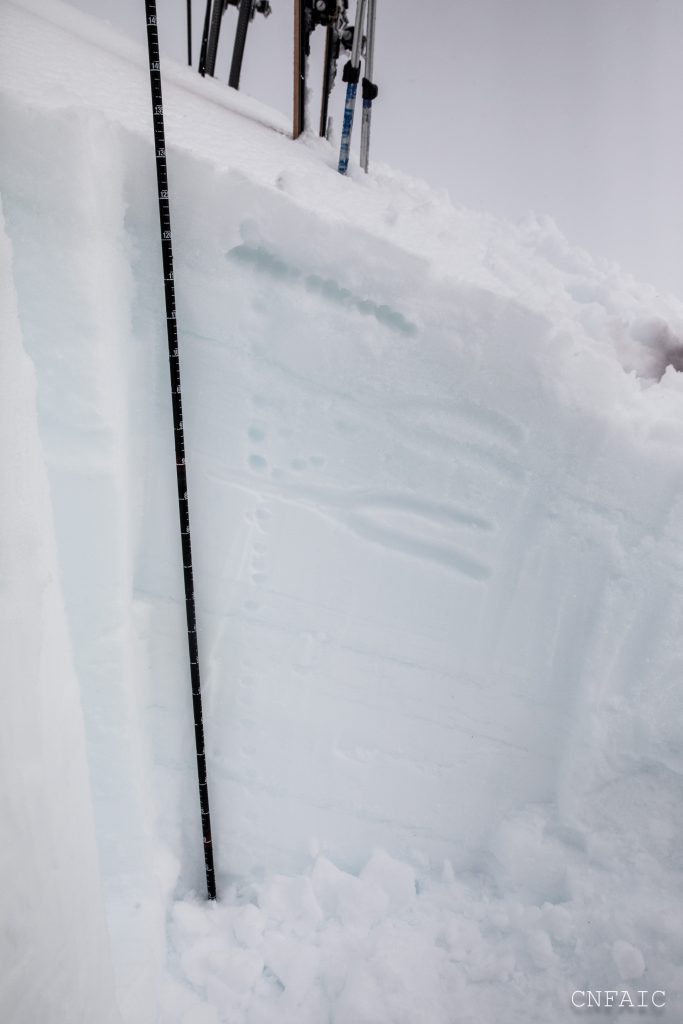 Pit at 2300' on SSE aspect. Note the variety of old sun crusts in this location. 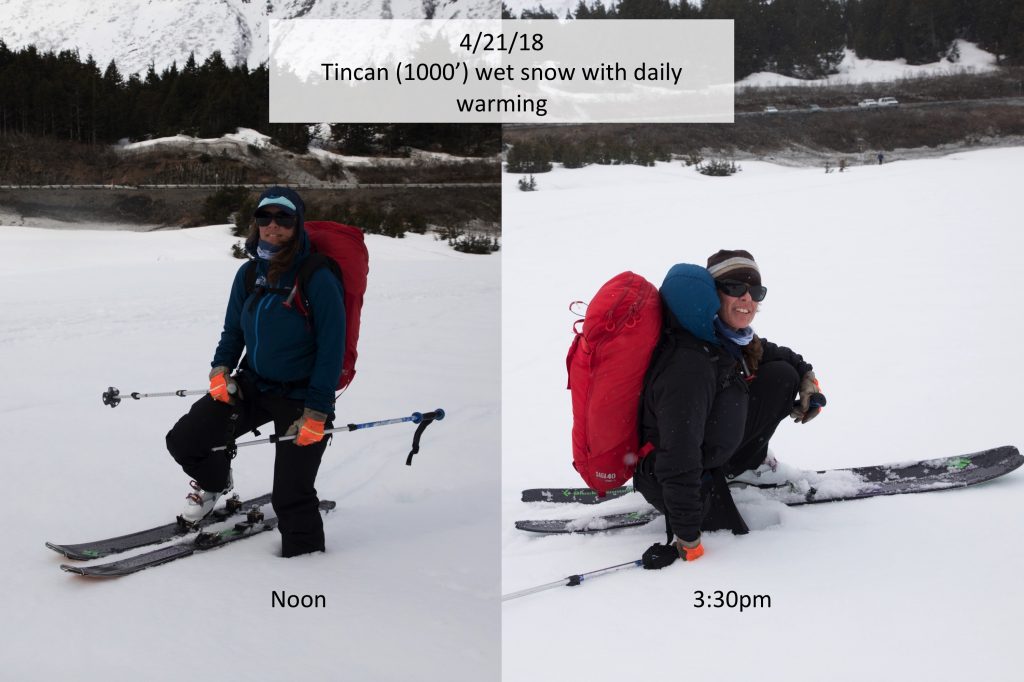 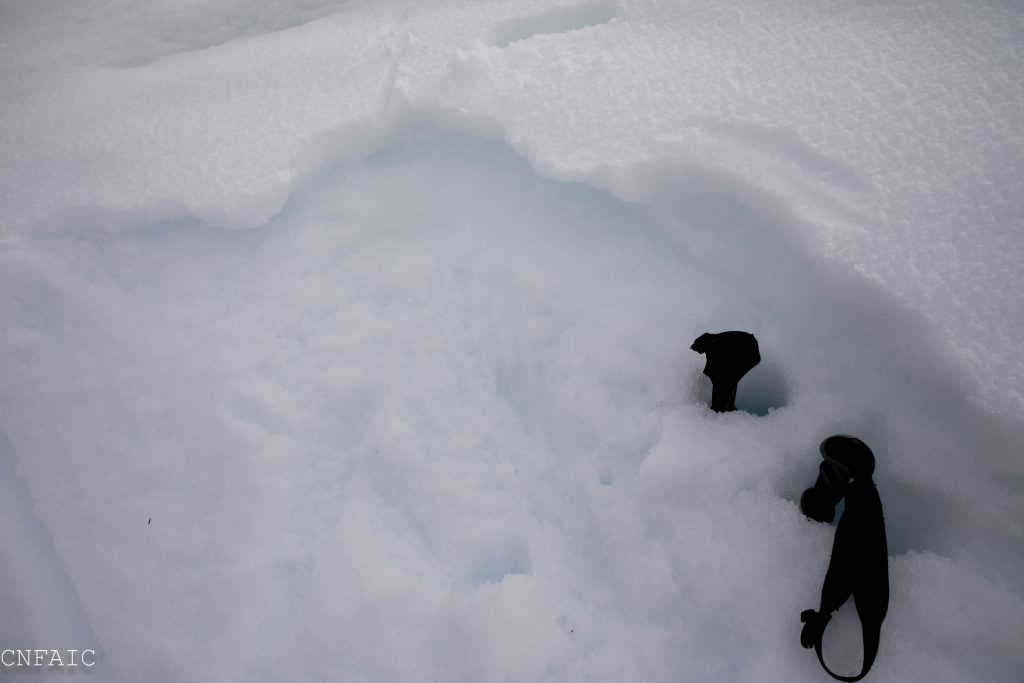 4" melt/freeze crust at 1pm on wet loose weak snow interface at 1800'. By 3pm this snow was wet and pushable. 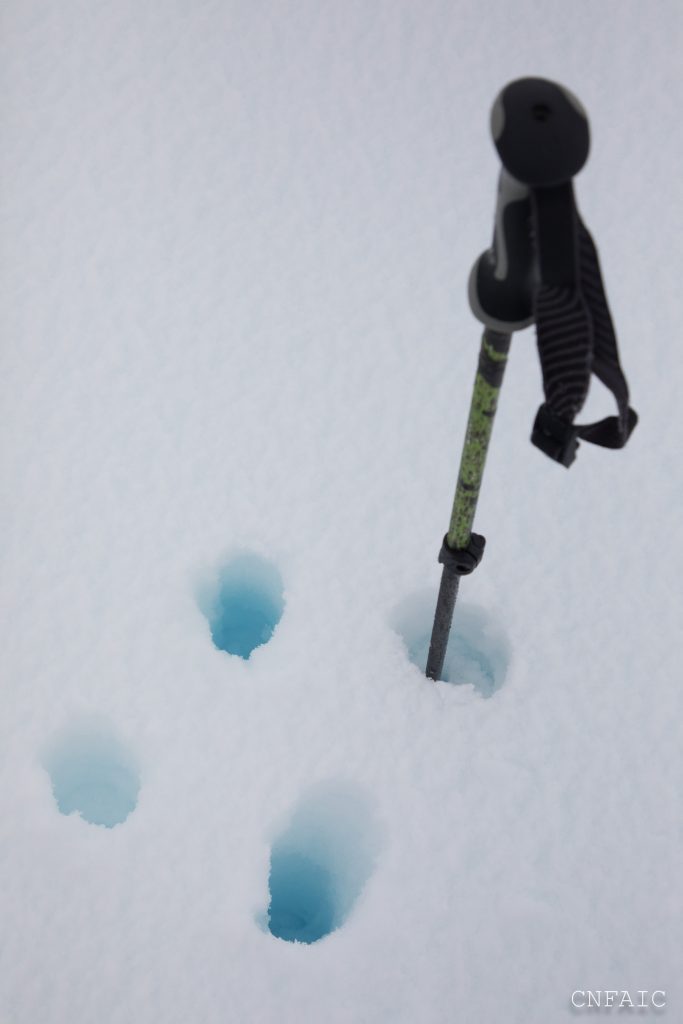 Blue goo could be seen in ski pole hole at 2000'. At this elevation it was getting a little harder to punch ski poles all the way to their grips. 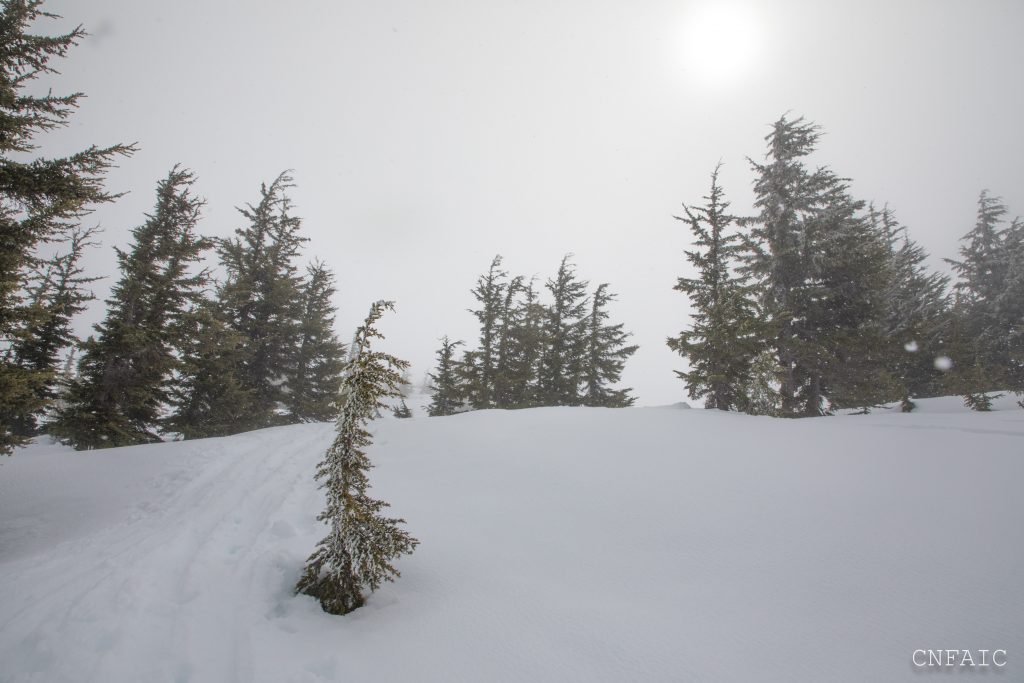 It was snowing and sunny out causing green-house affect where it started feeling really warm. The snow pasted to trees in this picture quickly melted. 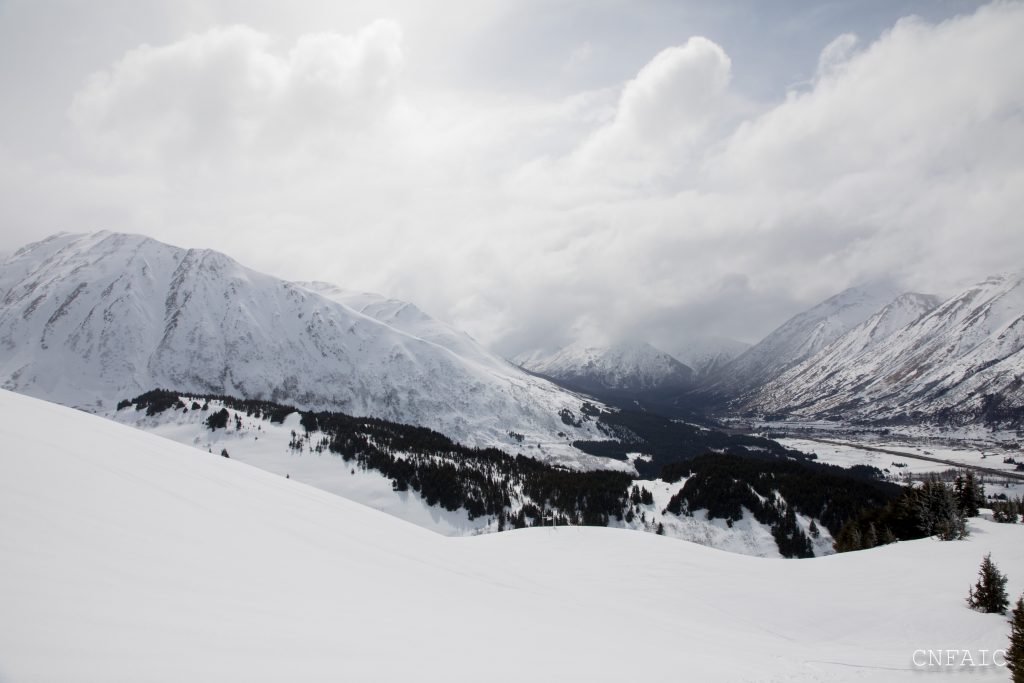 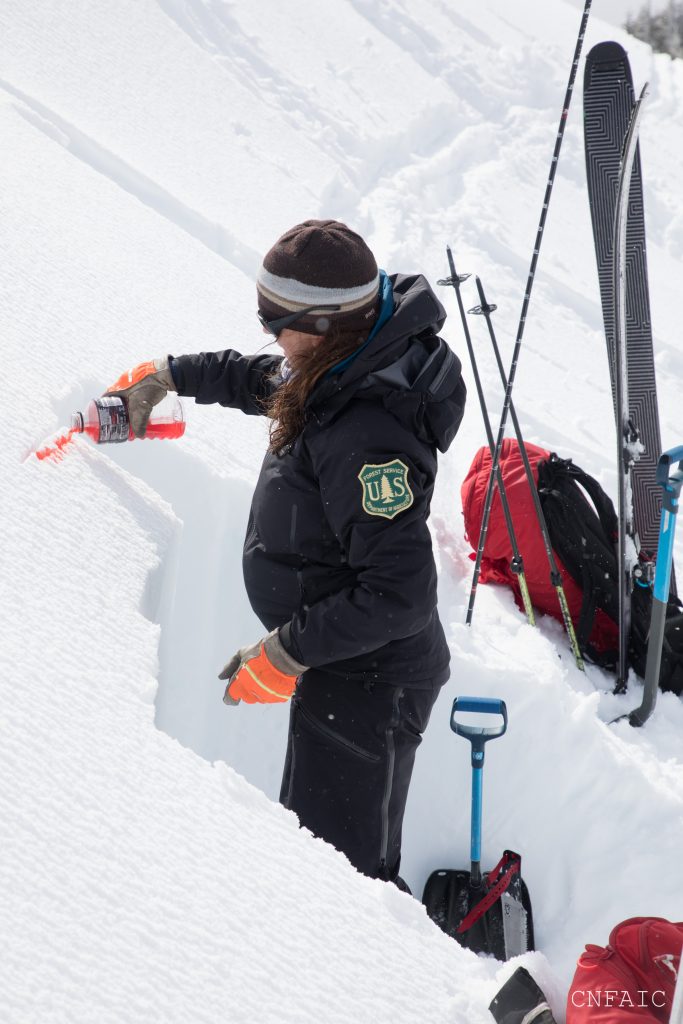