Toured up to 2200′ on the standard uptrack to practice companion rescue, inventory surface conditions, see how the new snow is bonding, measure new snow totals, and look into how moist the midpack of the snowpack is.

Approximately 4" of very light density snow blanketed the landscape from the meadows at Tincan pullout all the way to our highpoint at 2200'. 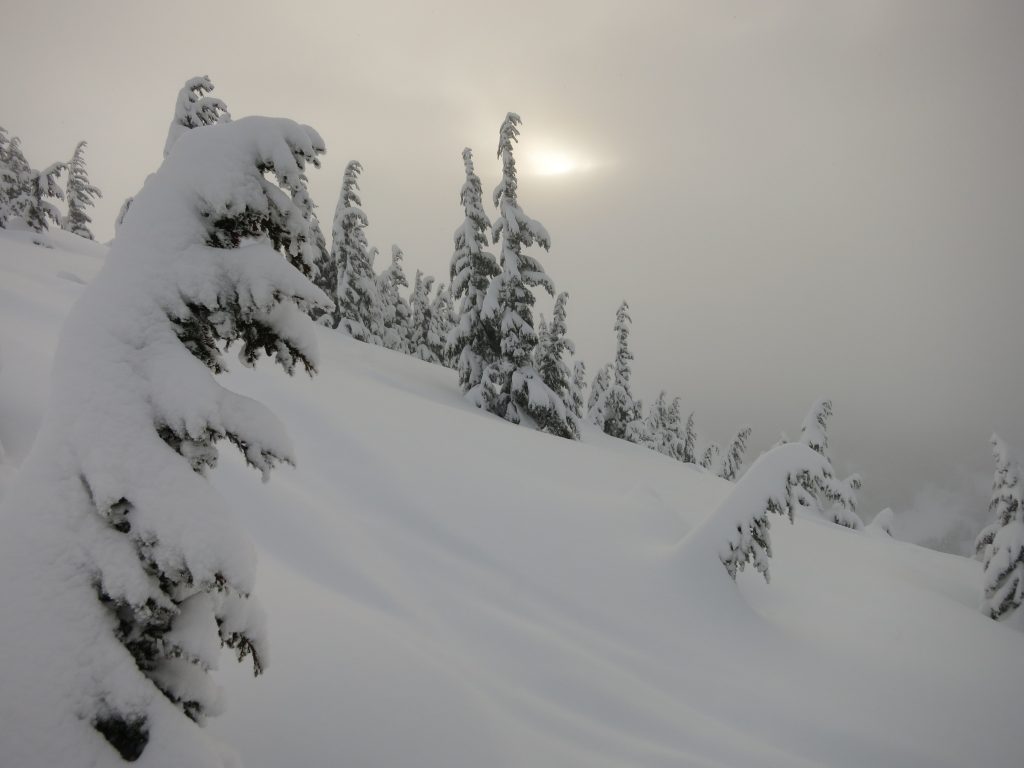 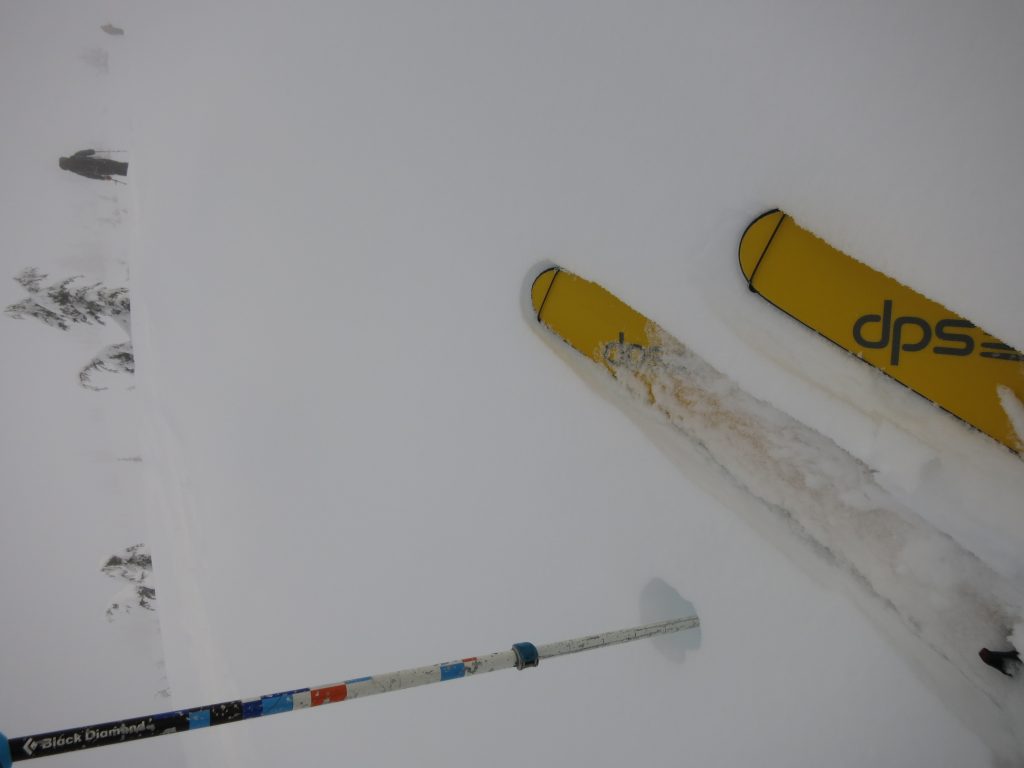 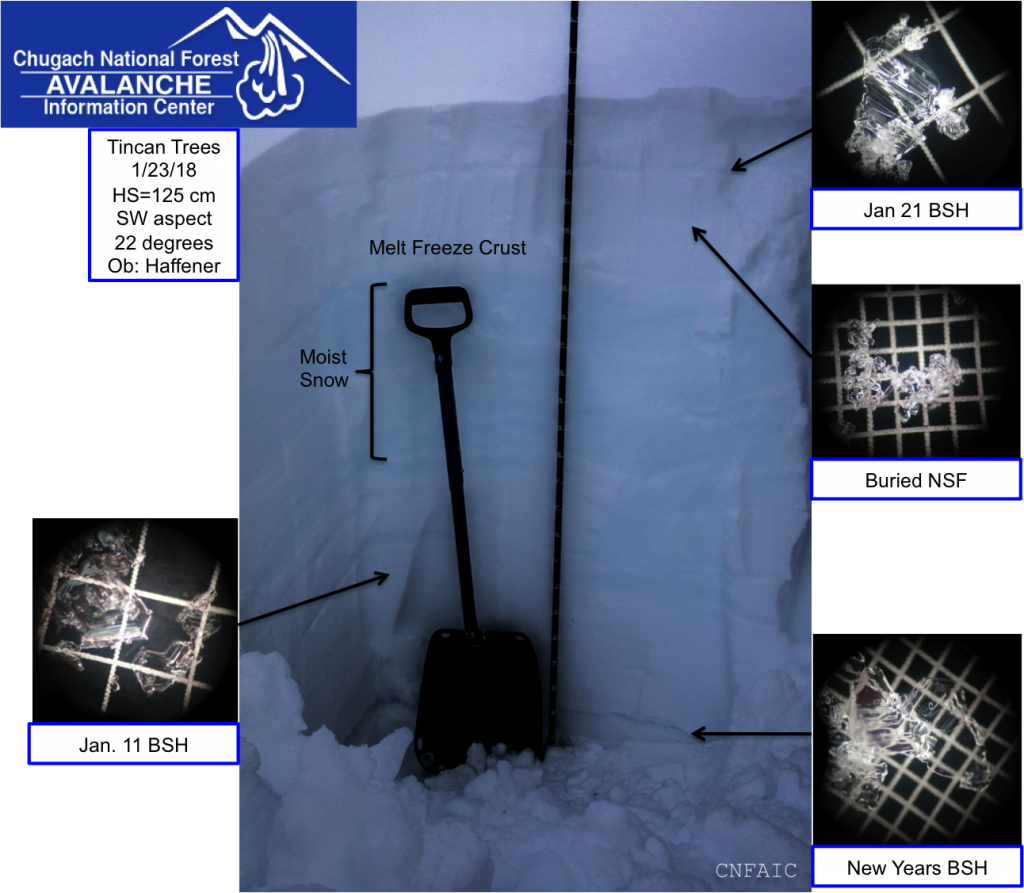 Pit profile at 2200'. Note the 3 layers of buried surface hoar and the blue, moist midpack 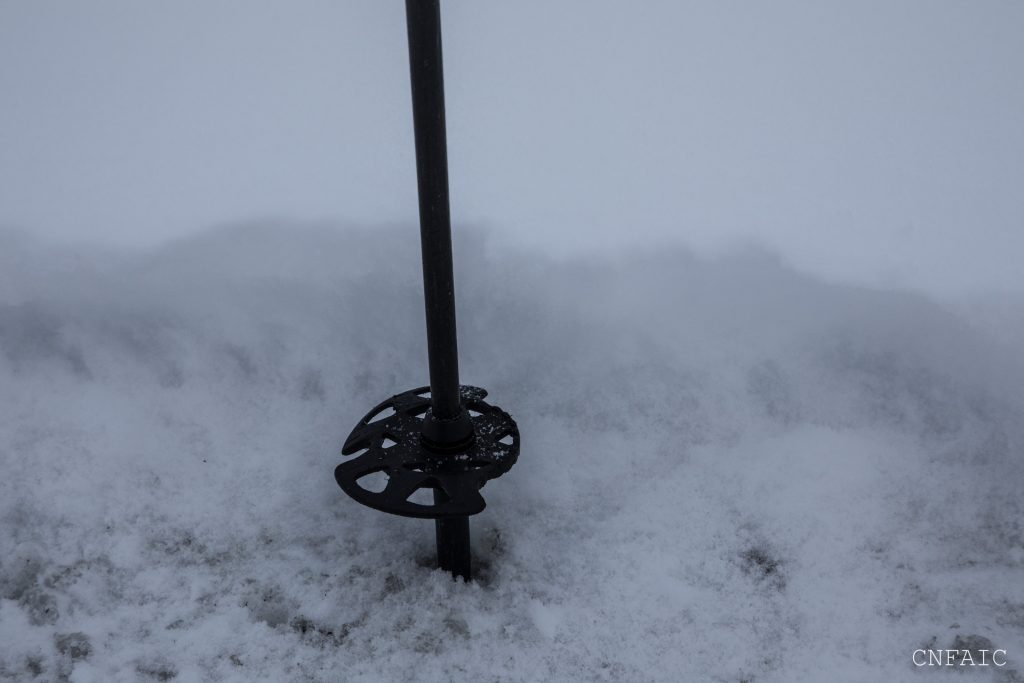 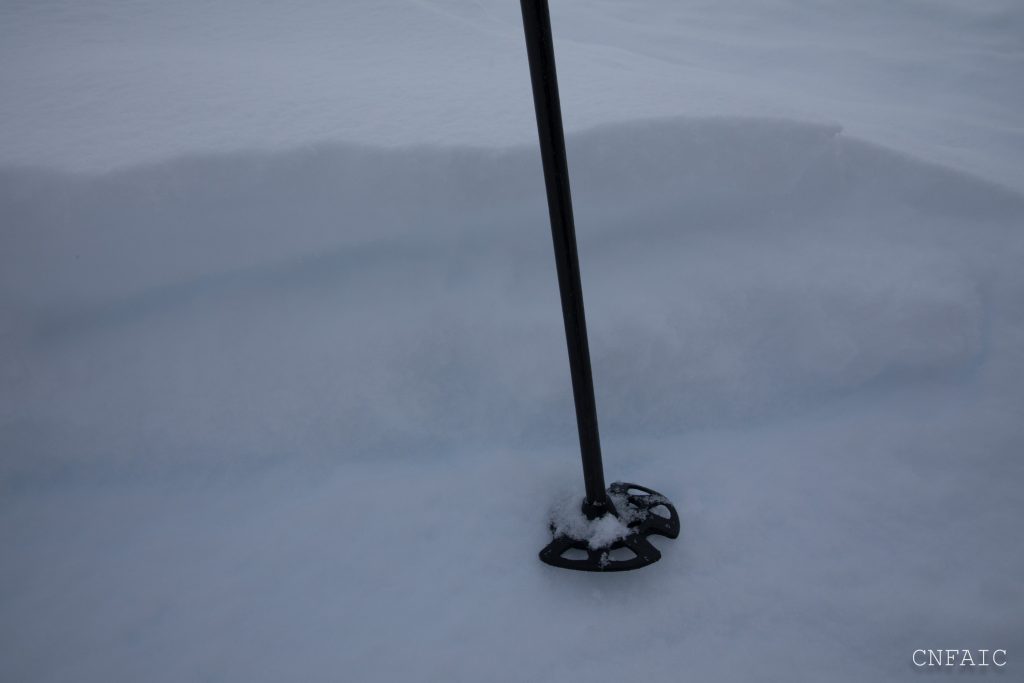 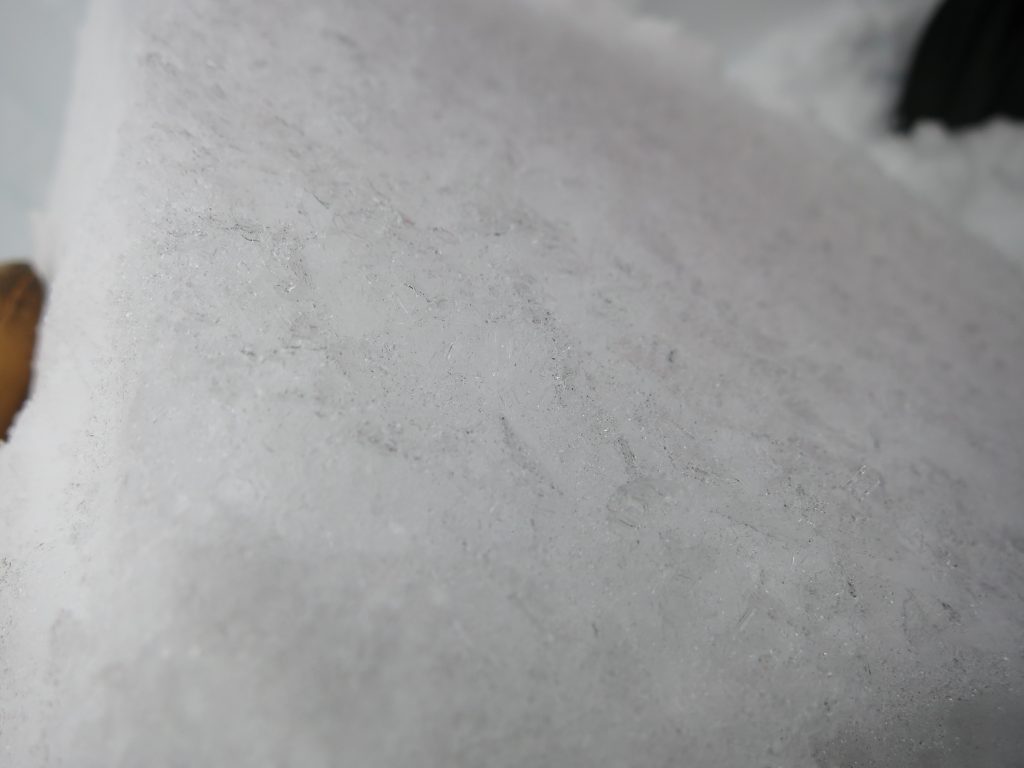 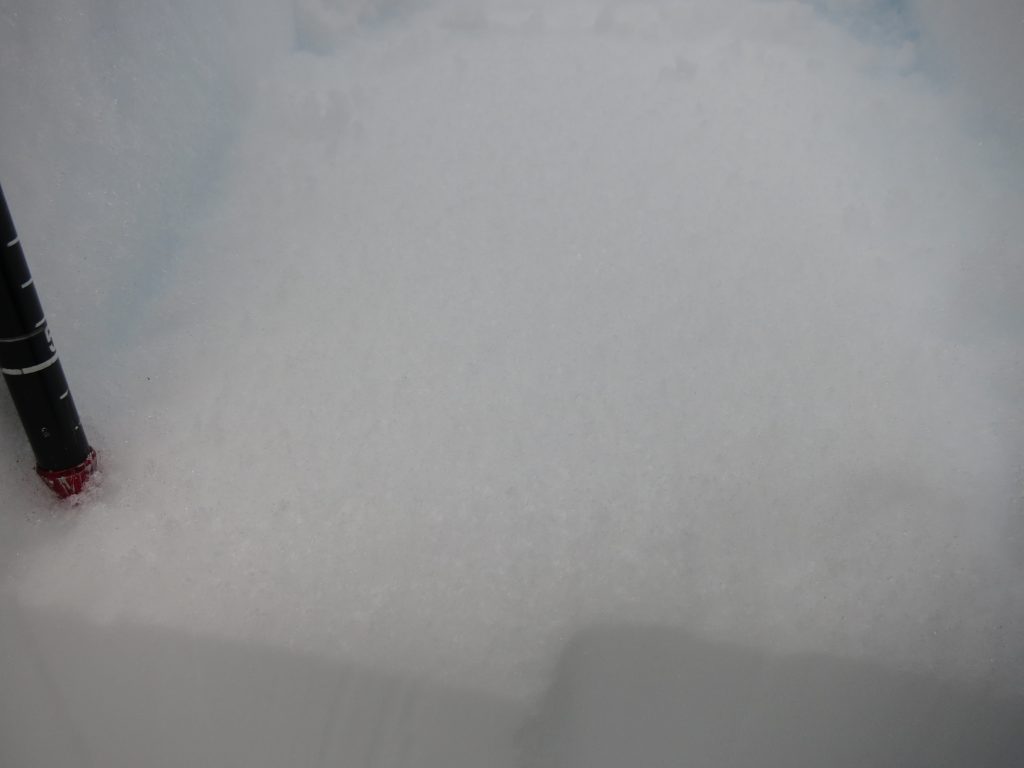 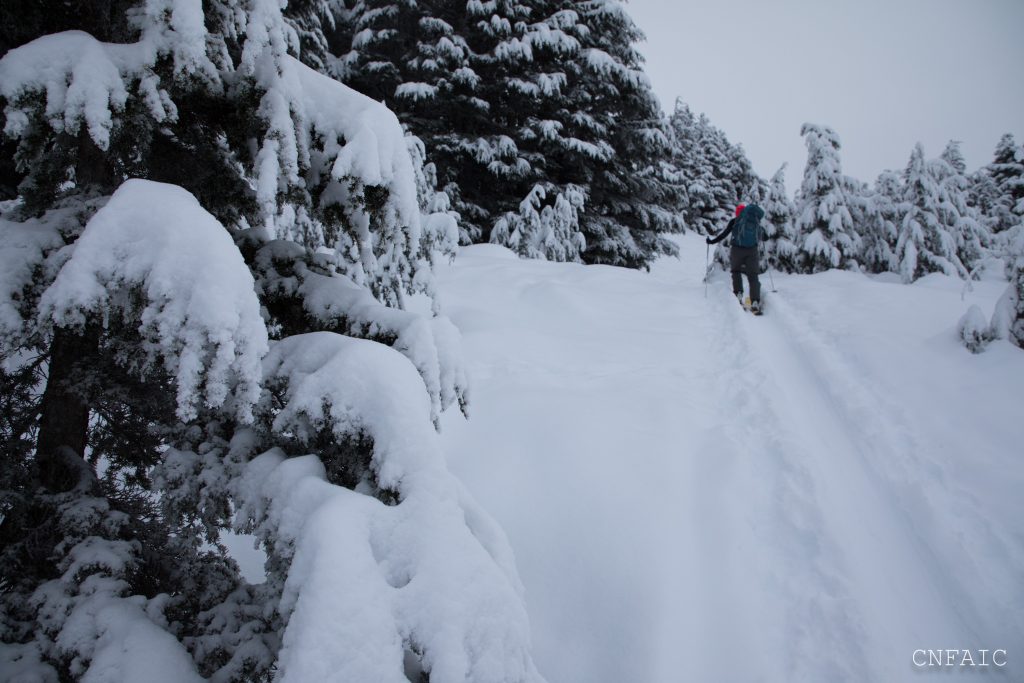 Light density snow found off the uptrack at ~1700'