Skinned around towards the North through the trees and up towards the corner of CFR. Crossed under CFR heading to the south below Jerome’s Dome and headed up towards the bench below Common Bowl. Checking out at surface conditions and looking for the New Years’s buried surface hoar specifically between 2000′-2600′.

Overcast to broken skies in the afternoon
Temperatures in the mid to high teens
Light winds
Light snow leaving Girdwood but none at the Pass.

The snow below the surface hoar is faceting due to the cold temperatures! There is about 5-10 cm of near surface facets over the New Year's melt freeze crust to about 2300'. The crust completely disappears around 2300'. The crust was variable thicknesses and was degrading/faceting. It varied from unable to punch through with a pole at 1000' to thin and breakable around 1400' but had pockets of stouter crust above. In some spots there were more than one thin crust in the upper snowpack. It was supportable skiing from 2600' to around 1400'. The surface hoar, near surface facets over the melt-freeze crust combo from around 2000' to the road is a concern as the next storm system approaches... might be our next layer of concern. Stay tuned!

We found the New Year's buried surface hoar at 1400' (see photo). Did not perform any stability tests but did look at the crust and how soft the snow above it was becoming, as it facets. We did a lot of probing near both pit locations. The depths were variable from 40 cm to 250 cm. The stout melt-freeze crust from early December was easy to feel and the probe consistently dropped below, indicating faceted snow below. That crust is 30 cm thick and not easy to dig through. The basal facets are not a concern in this elevation band due to that crust. We dug two pits and found the New Year's surface hoar in both around 40 below the surface. Pit #1 @2050' and Pit #2 @ 2560". No notable test results on the buried surface hoar or in the upper layers of the snowpack.
Touring under CFR it was good to note how far down a couple of older avalanches ran in the terrain. There were some chunks of debris near Jerome's dome that were larger from the New Year's avalanche that ran there.
Lots of tracks on Common Bowl and in most of the usual Tincan terrain. 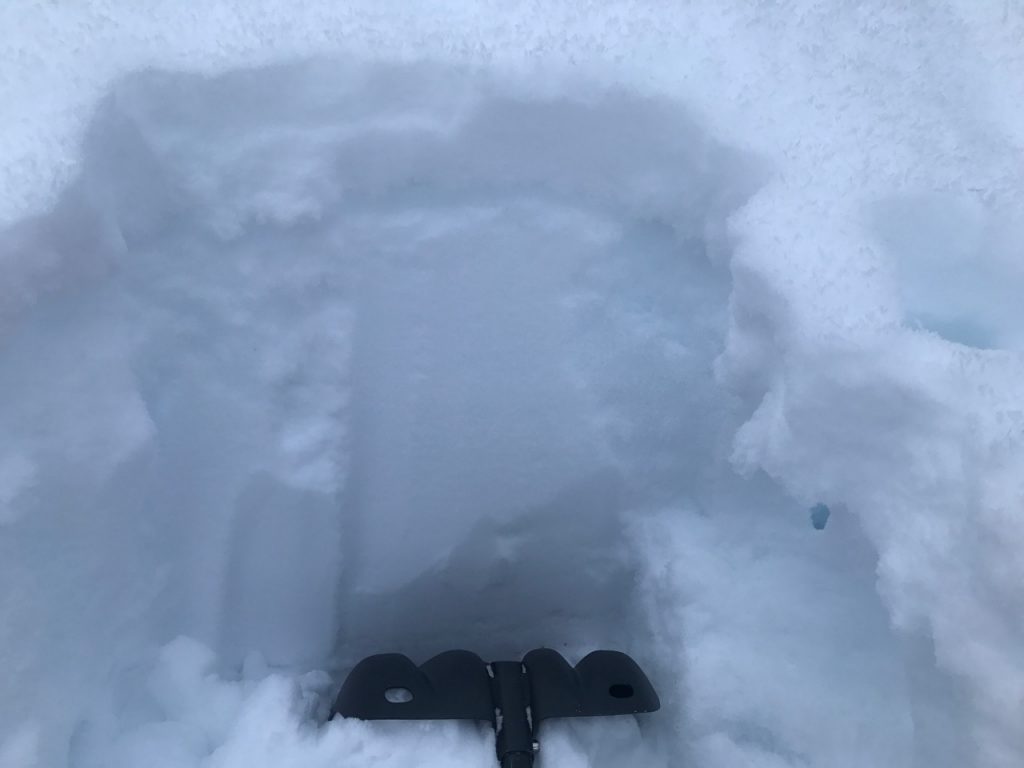 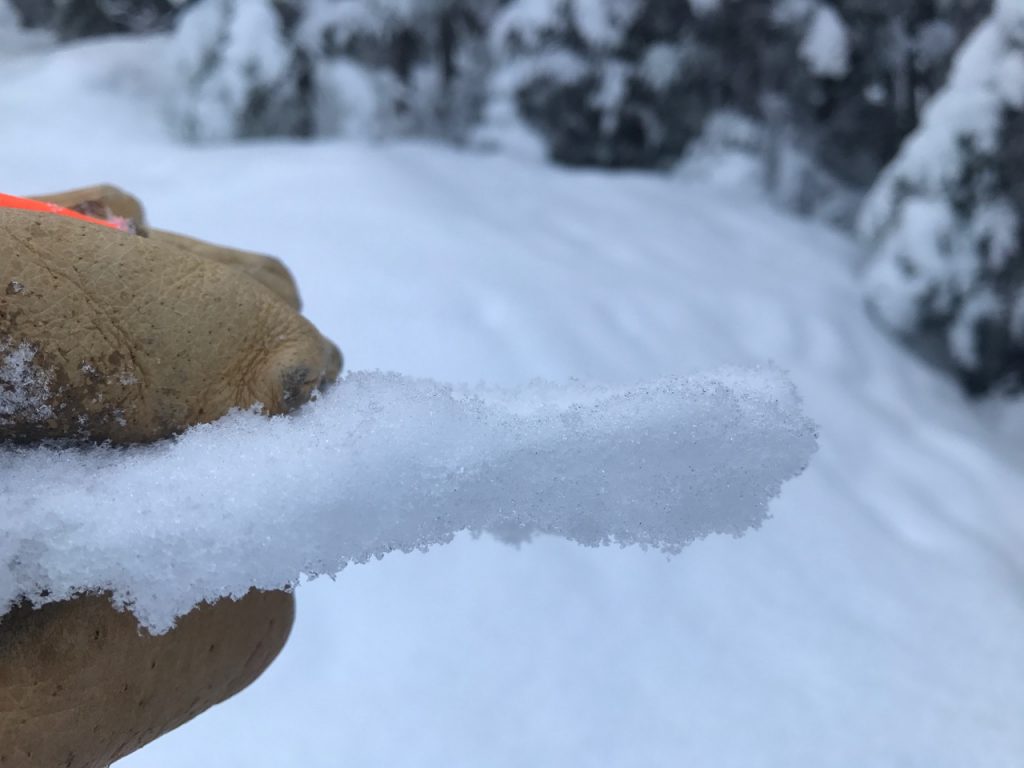 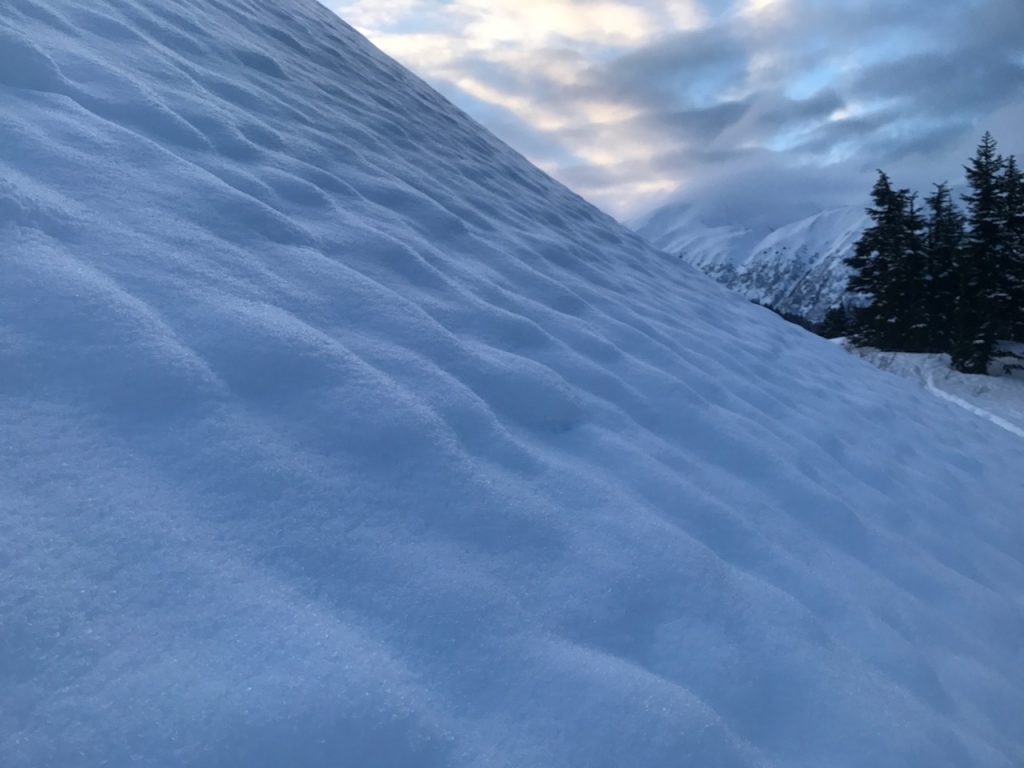 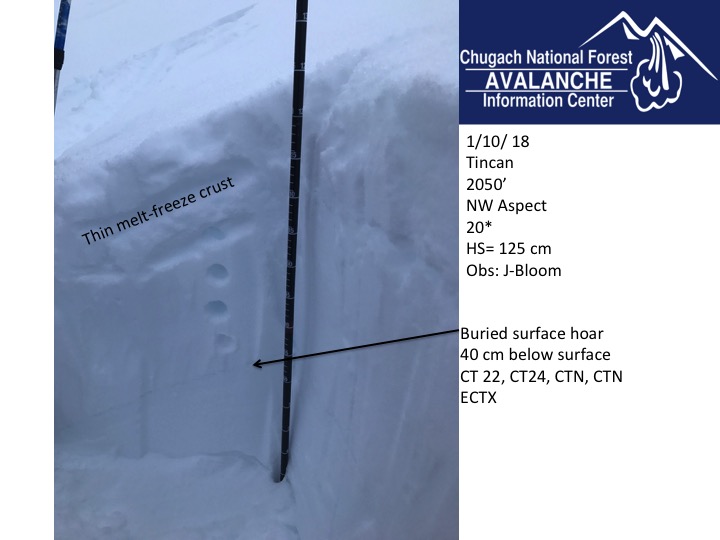 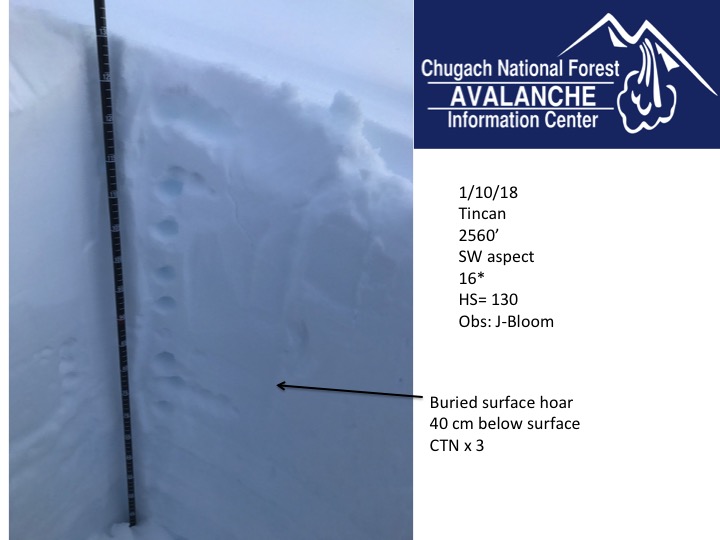 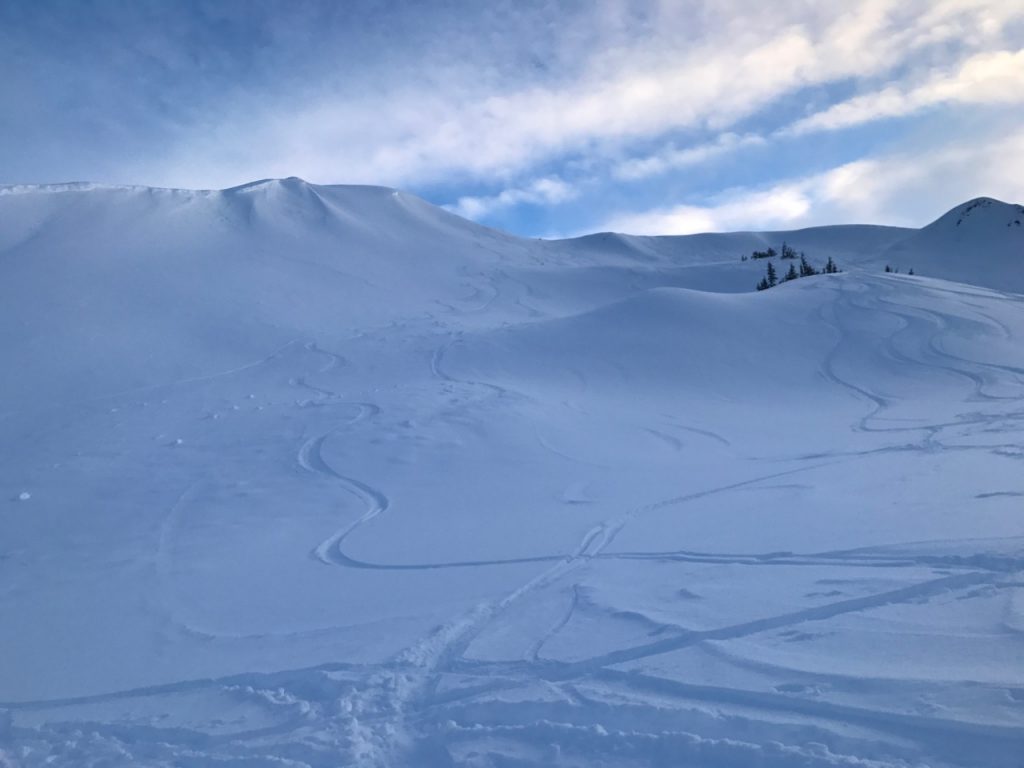 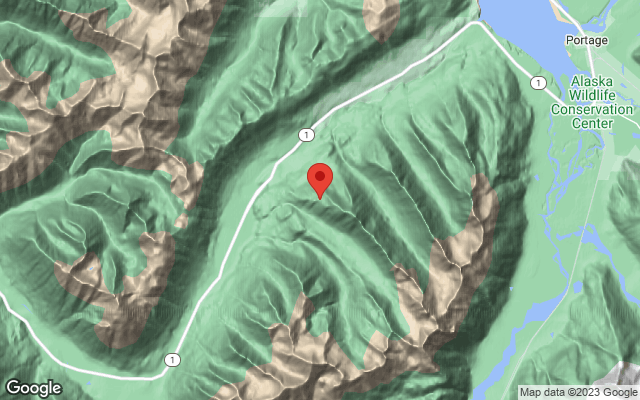