Toured up standard ski track with a few deviations get on unaffected snow to 2300′. Most of the avalanche activity from yesterday was almost covered over and the ski track was getting blown in. Hand pits varied from failing on isolation at the surfaces hoar to no failure. Received reports of a few small skier triggered slabs. There looked to be a pile of debris parallel to the rocks on Jerome’s dome. This may be same slide noted by Wendy yesterday. Could not get good eyes on alpine terrain to see what was going on above. South on the towards Bertha Creek campground Seattle Ridge is very wind scoured. There is also evidence of the strong winds through the pass. South of the Moto lot is very thin and wind stripped and a few of the rolls near moto lot have mini wind lips on them.

Johnson Pass parking had 4″ storm total and precip was very close to rain at 3:30

Overcast to obscured
Snowing S-1 in am increasing to S 1 after noon. Raining fairly hard below 700' all the way the back to Girdwood at 3:45 pm
ENE winds 30-40 mph gusting into the 60s

New snow: average 15" (40 cm) of total snow from storm starting on the evening of the 30th. Snow became stiffer in areas exposed to wind. Some scouring back down to old wind crust or melt freeze crust.
Snow was notably heavier and moist below 1500'. 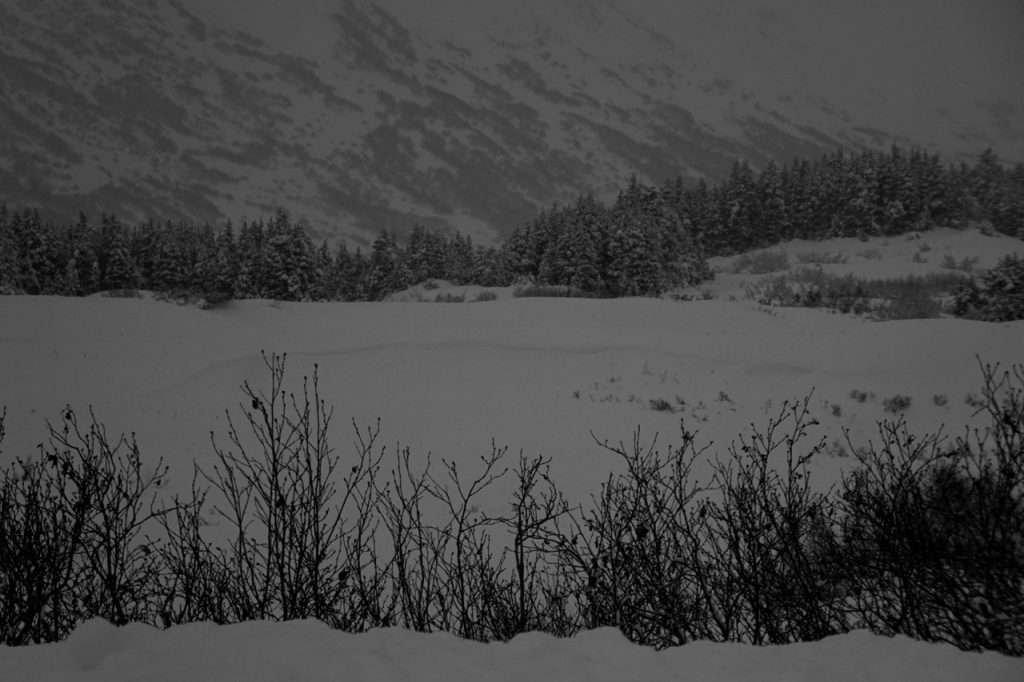 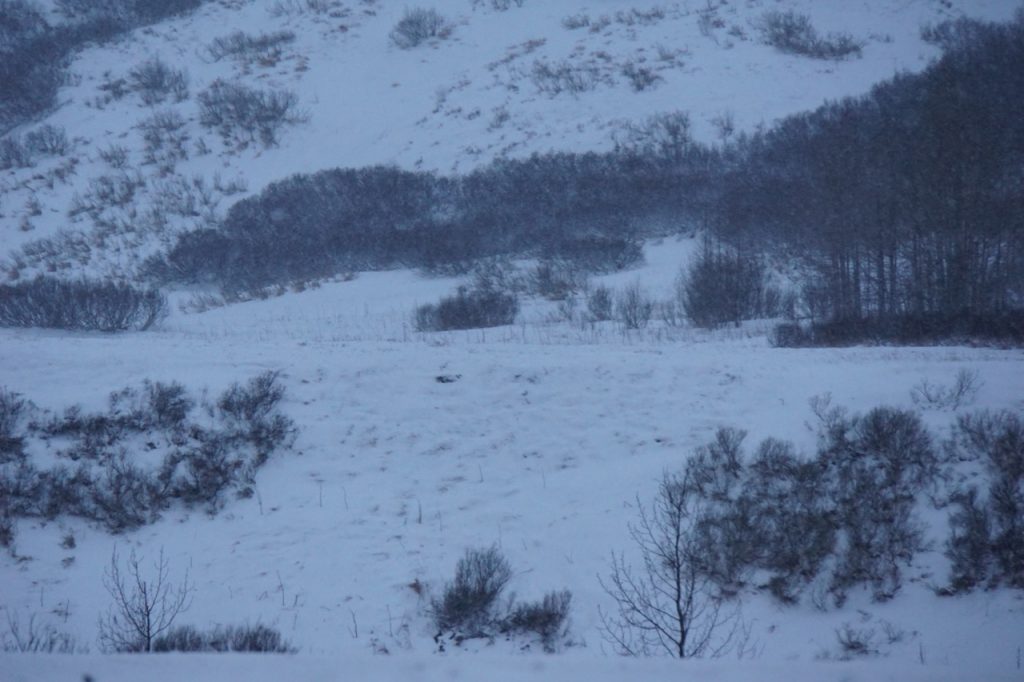 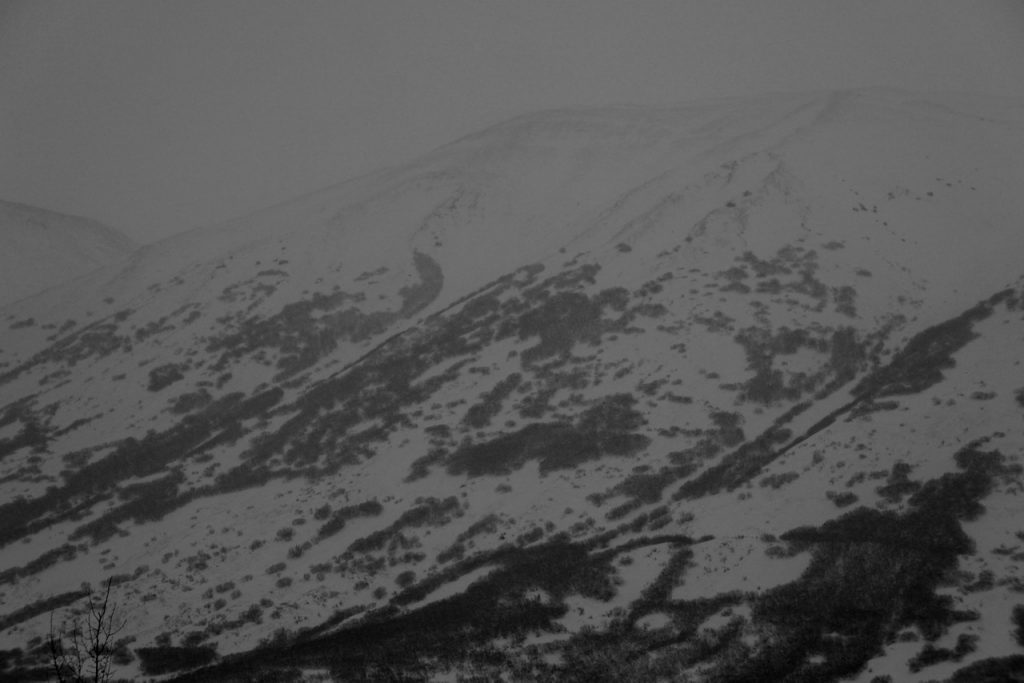 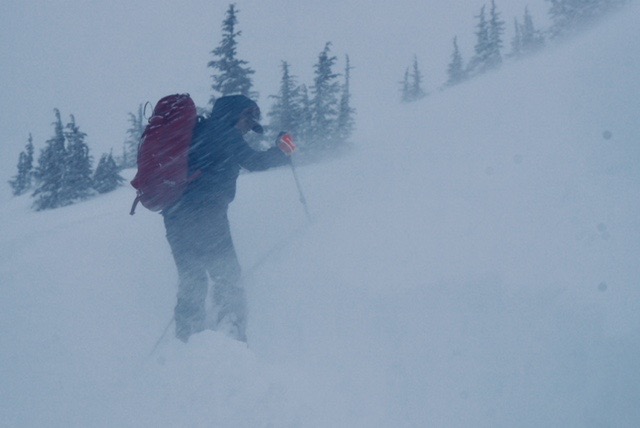 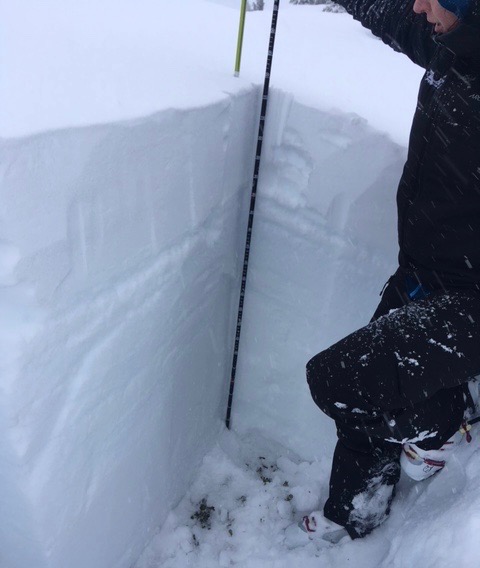 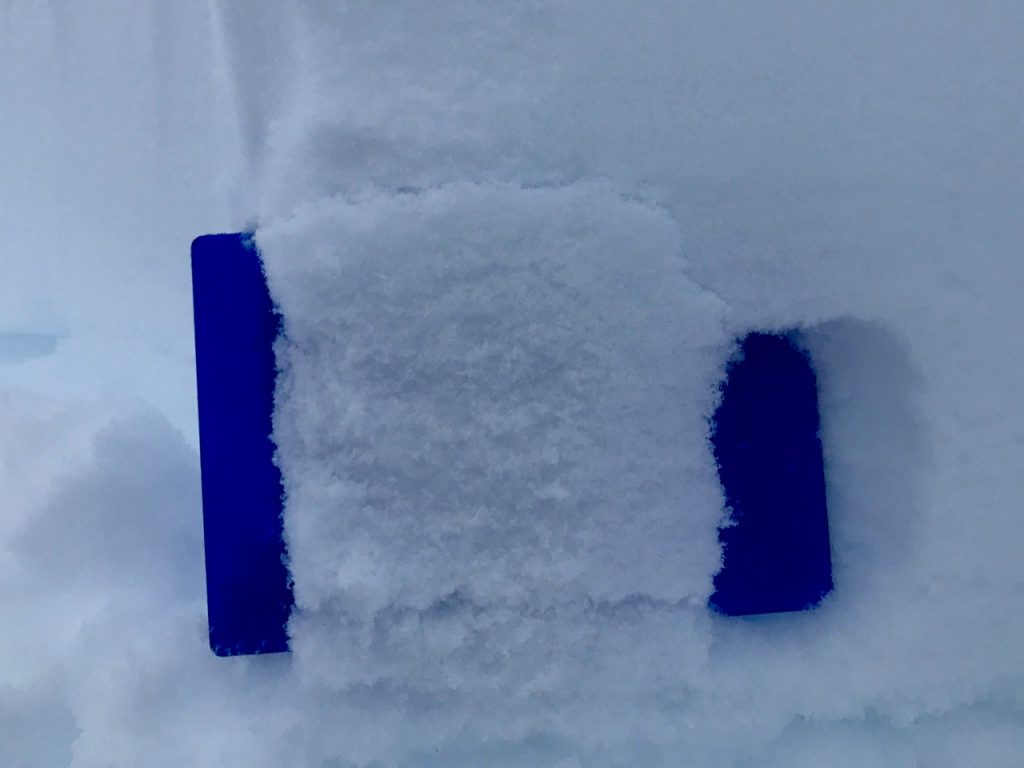 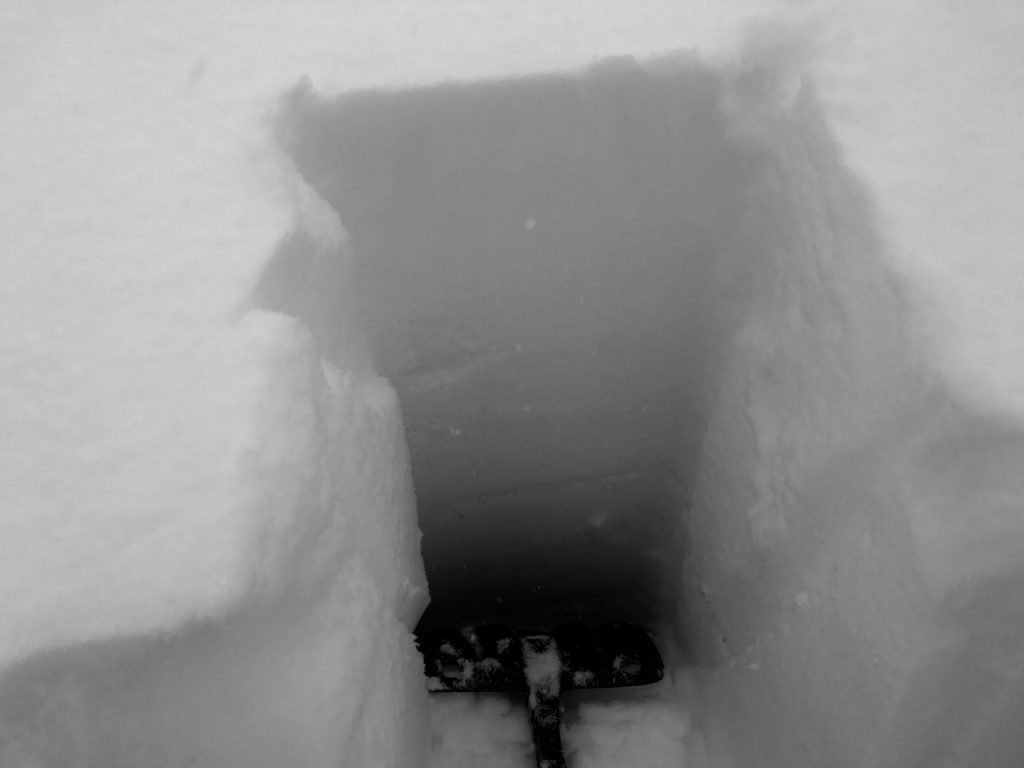 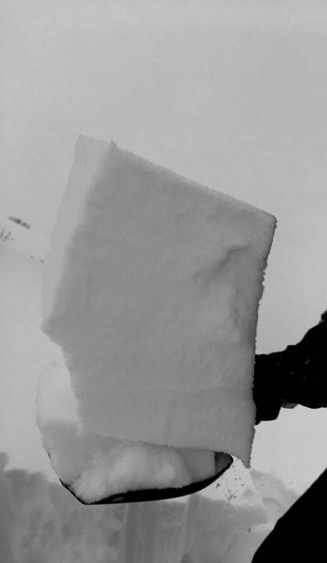