Toured up standard uptrack to ~2250′ (upper extent of treeline). Unable to tour above this point due to obstinate weather conditions. The creek at Tincan is freezing over again!

New snow and active wind loading due to strong winds

2-6" of new snow, increasing with elevation, was found sitting on top of a completely (ski) supportable crust to ~2250' (unable to tour above this elevation). New snow was moist at lower elevations, but got increasingly dry near treeline. The near surface crust was ~2" at 2250', ~4" at 2150', ~6" or greater at 1000'. At 1800' and below, runnels were still quite visible underneath the newly falling snow. Above 2150' we found wind slabs forming on leeward aspects.

Our layer of concern was the Thanksgiving facets at the base of the snowpack. Additionally, we were interested in understanding the variability of the slab thickness, i.e., where does the snowpack transition from a 2' thick wet draining pack to a much thicker dry snowpack.

We dug a quick pit at 2000' and a more complete pit at 2250'. The height of snow averages ~100 cm at treeline, but can be extremely variable depending on wind loading (we found a range of a 55 cm to 185 cm in a short span on a wind affected feature). The quick pit at 2000' found multiple crusts in the upper 1/3 of the snowpack, with very moist snow in the midpack.

We were also interested in determining where the near surface melt freeze crust ended. At our high point of 2250' we were still finding the near surface crust at 2" thick. Reports from a descending skier from the alpine, indicated that near the base of the ridge to Common Bowl on the standard uptrack, there still existed a near surface crust, as well as a fairly moist snowpack beneath the crust to the ground. 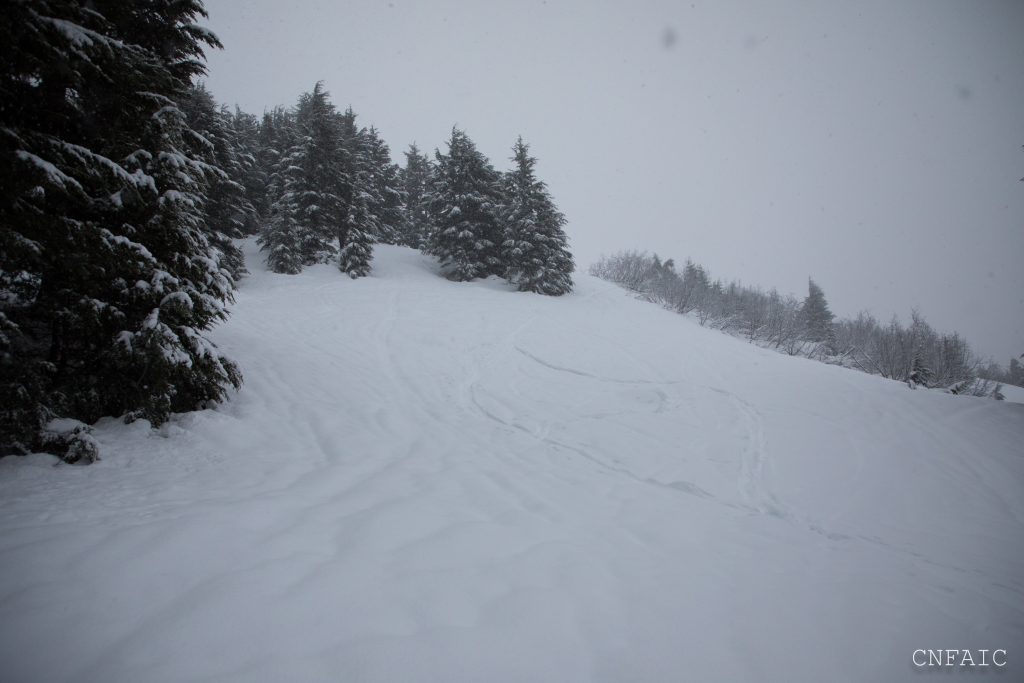 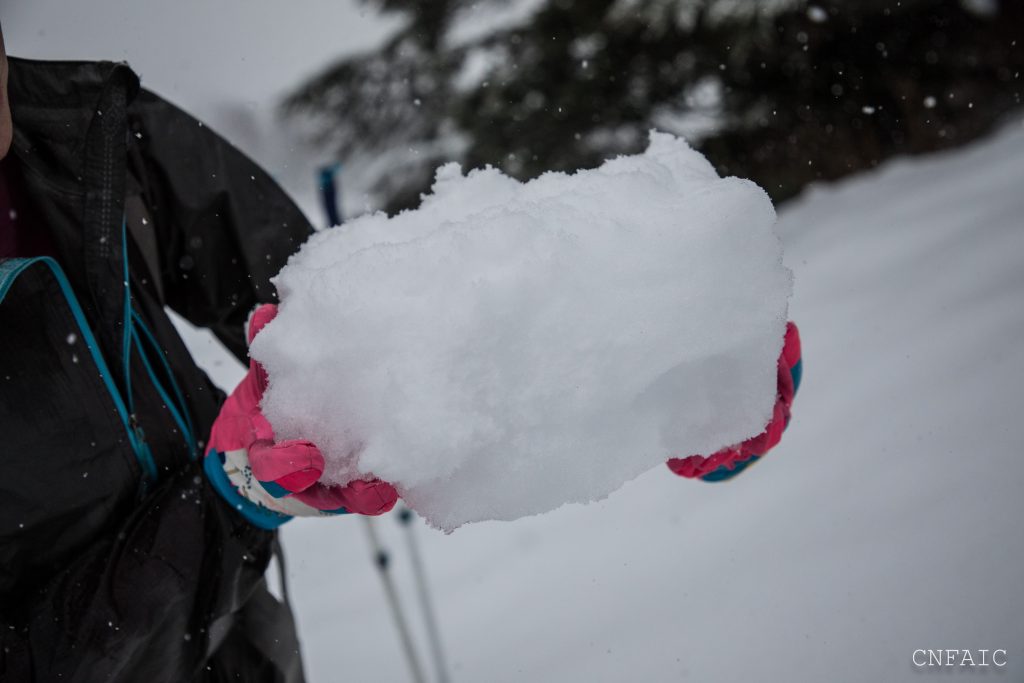 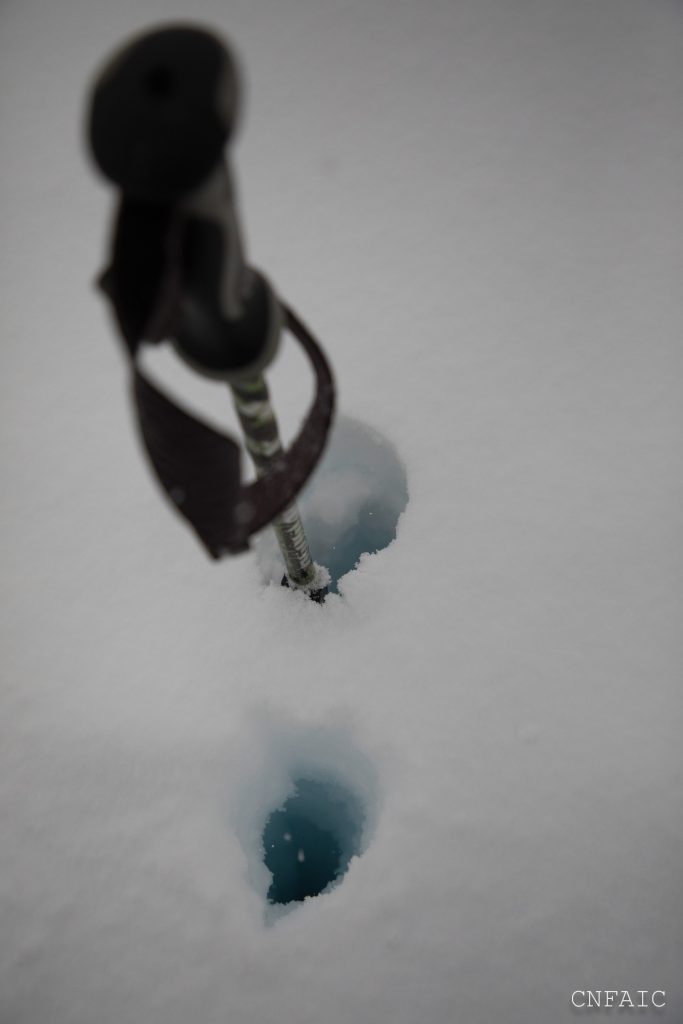 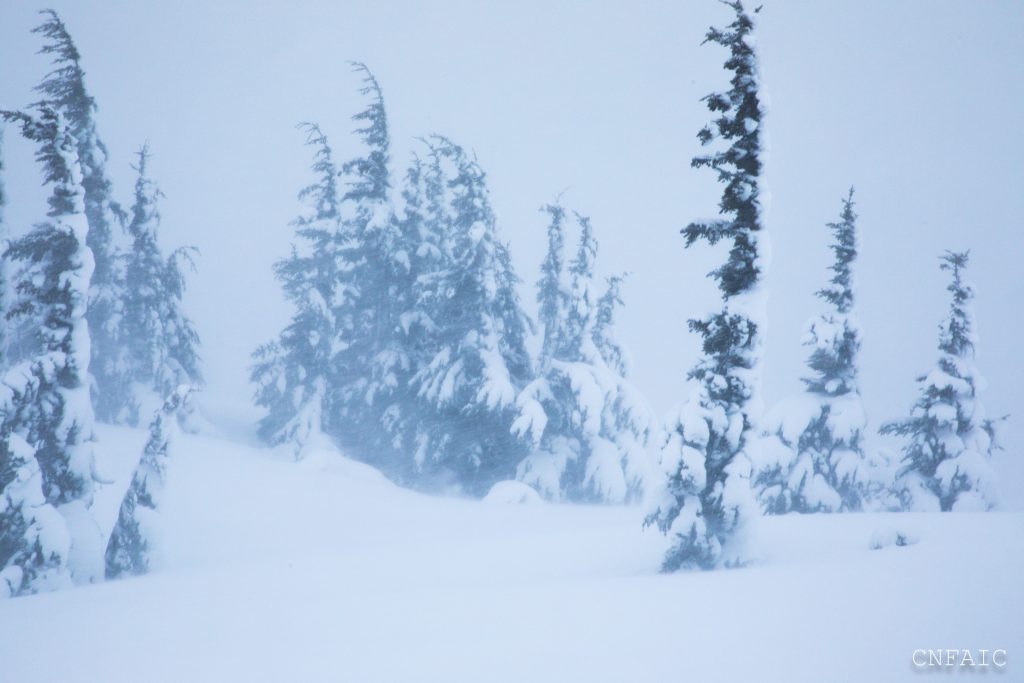 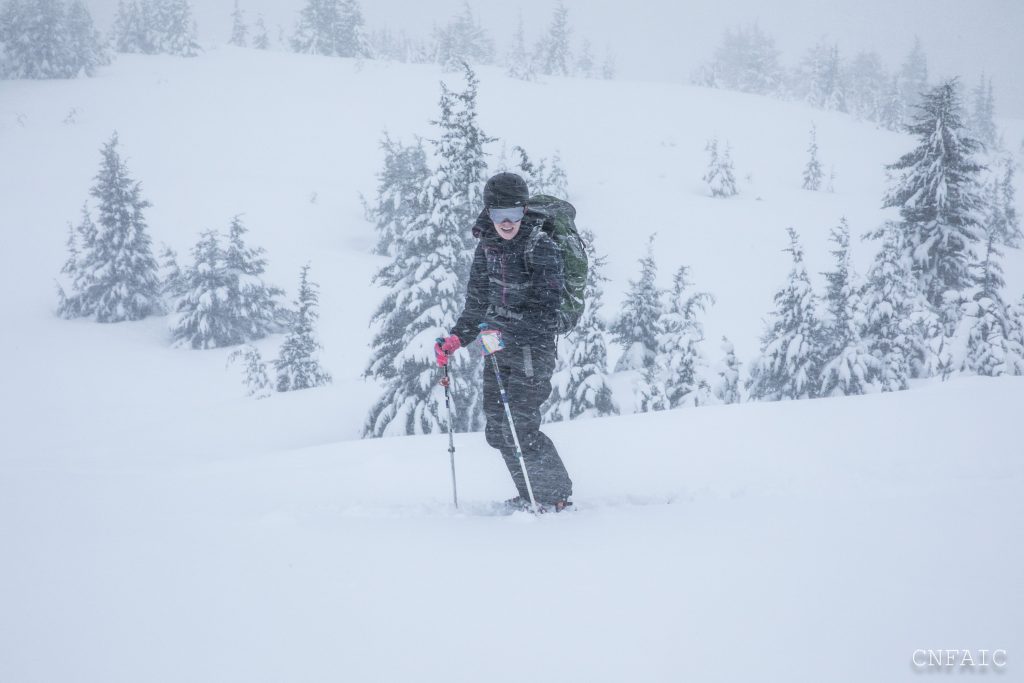 Strong winds and low visibility made for challenging travel conditions. 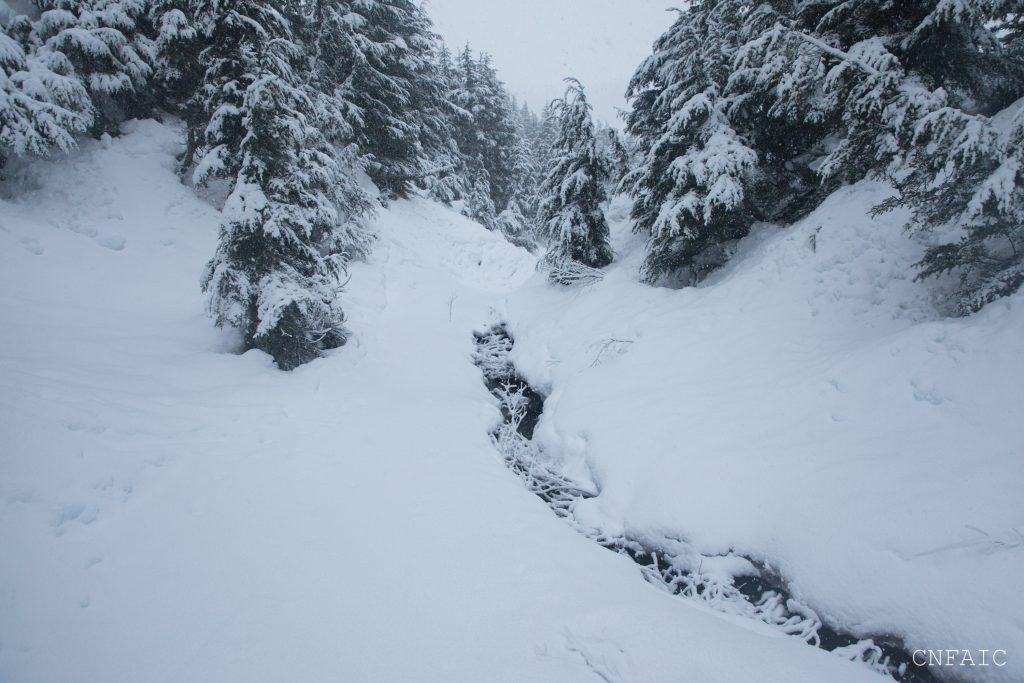 The "gorge" on the uptrack still had good coverage, despite abundant flowing water recently. 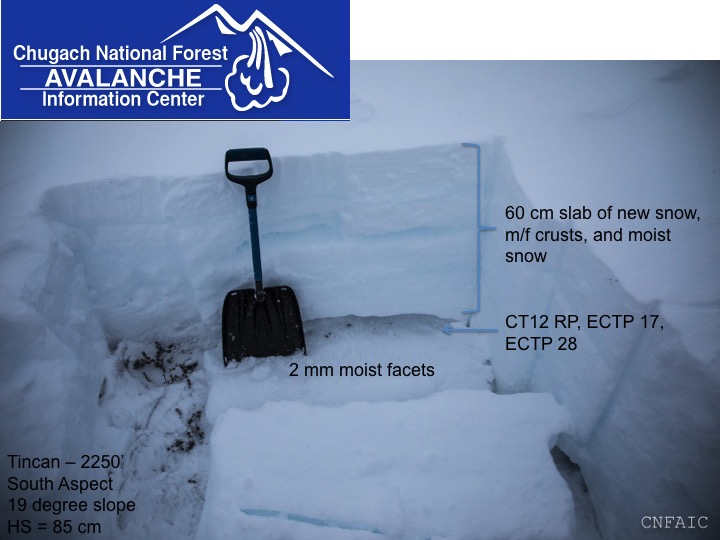 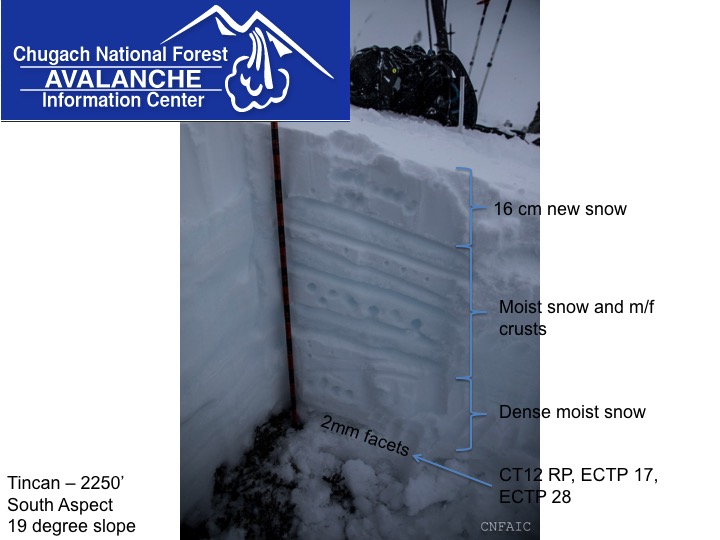 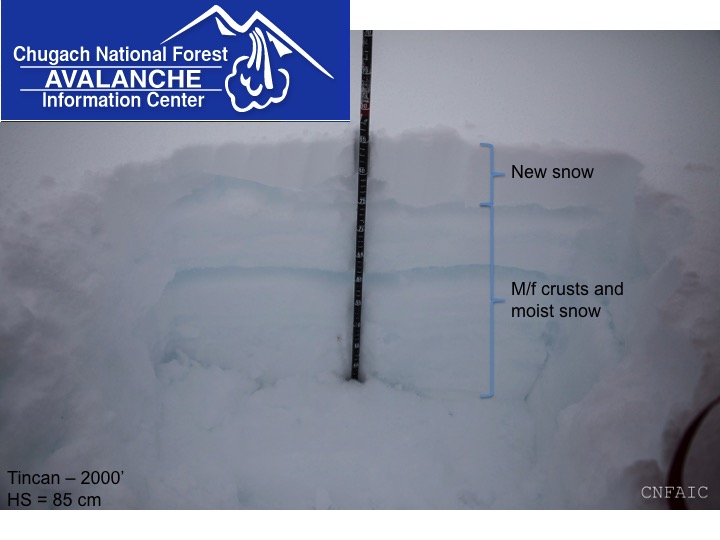 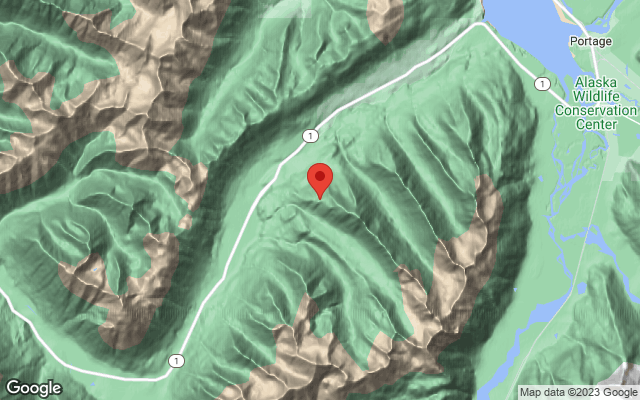