Standard uptrack with some “whumpf hunting” and a deviation to the South to get off of the main route around 1700′  and then up to to 2250′ elevation (treeline).

Our party did not observe any red flags, but several parties we spoke to described experiencing whumpfing and cracking / collapsing.

Snowing S1 at the road at ~1100 hrs. Rain / snow line was at about 700 ft elevation. Wind was calm at ~1100 hrs, with obscured skies.
Throughout our tour the snow slowly tapered to an intermittent S-1, with clouds lifting somewhat, alternating between overcast and occasionally broken skies.
By 1400 hrs, wind had increased to light from the North, and temps dropped noticeably.

10-20 cm moist snow sitting on a 1-2" "drizzle crust". Crust disappears at about ~1900 ft elevation, indicating the highest extent of rain in the last storm. Runnels could be seen on the skin track out of the parking lot. Surface snow became lighter and dryer as we ascended. Halfway to treeline the snow was boot top light density powder.

~70 cm of moist snow has accumulated since 12/1. The new snow has accumulated "right side up". As stated previously the new snow became lighter and dryer as we ascended, with light density, dry snow to be found halfway to treeline and up to treeline (we did not travel into the alpine). Buried surface hoar was found in one pit at ~2250 ft elevation, but did not react in stability tests. 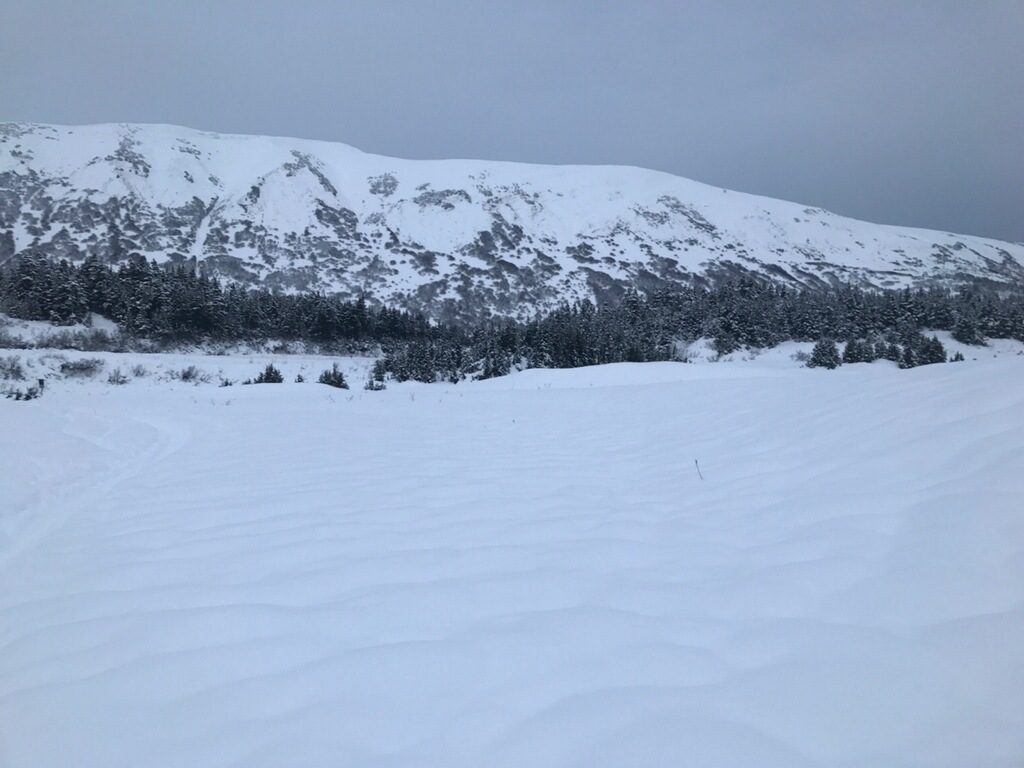 Runnels on the flats from the skin track near the Tincan parking lot. 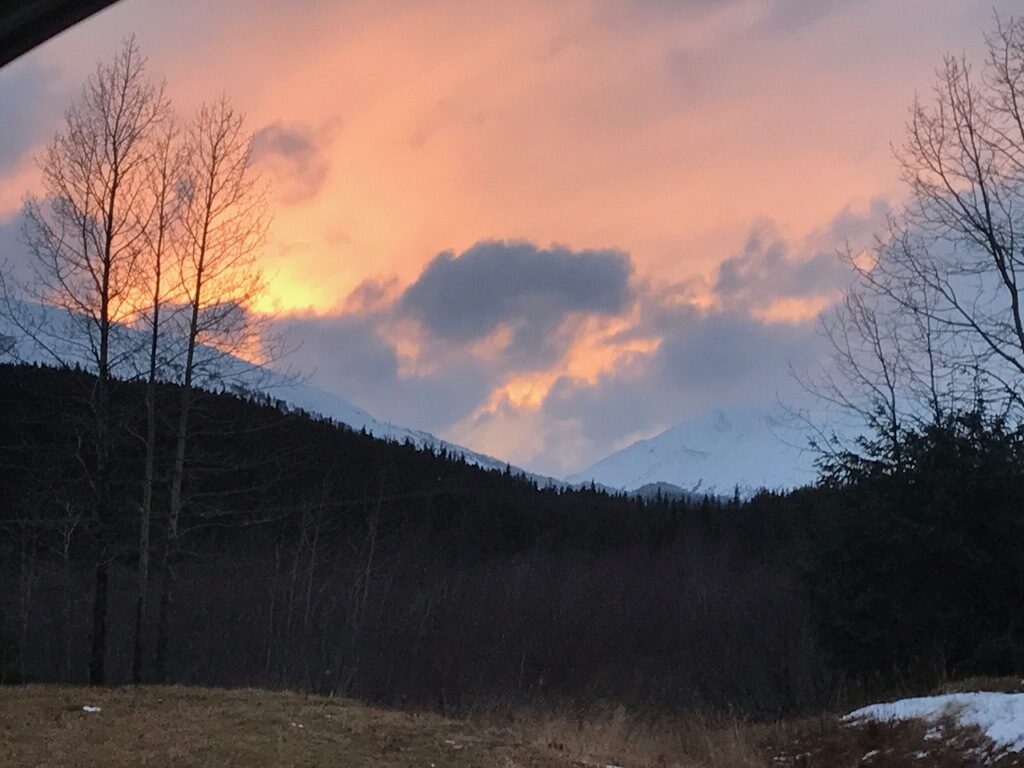 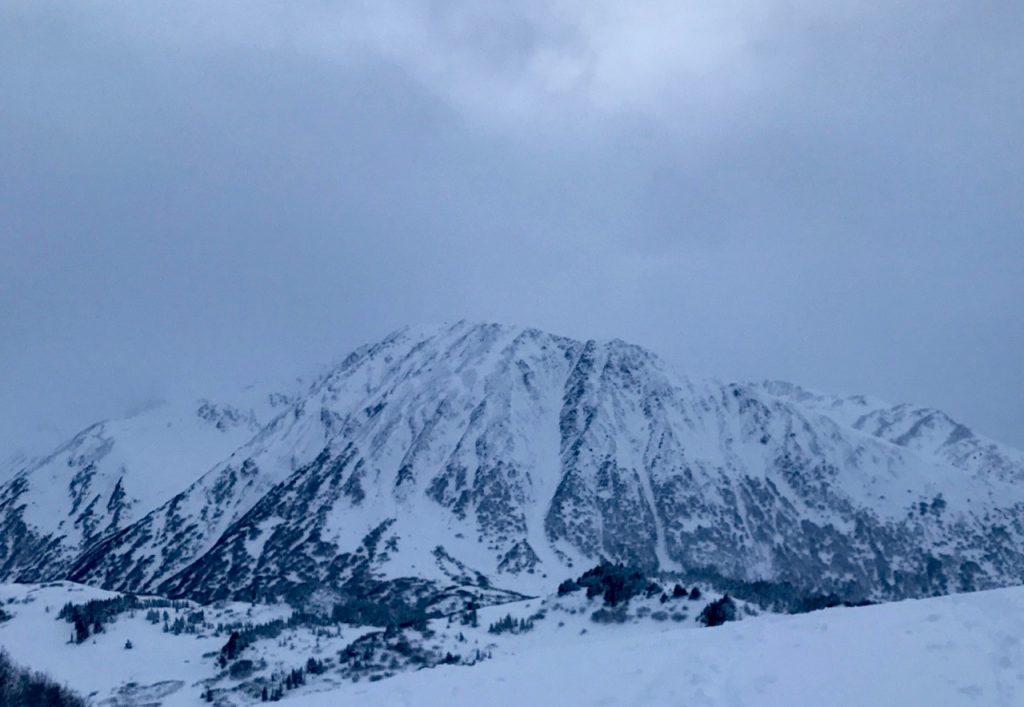 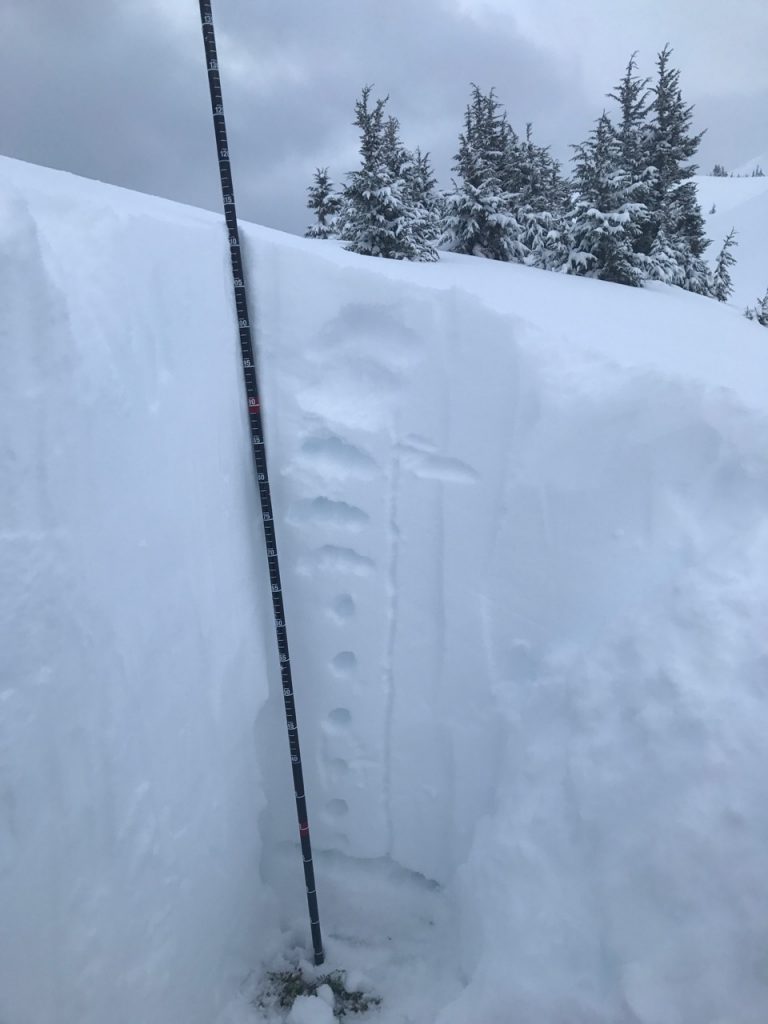 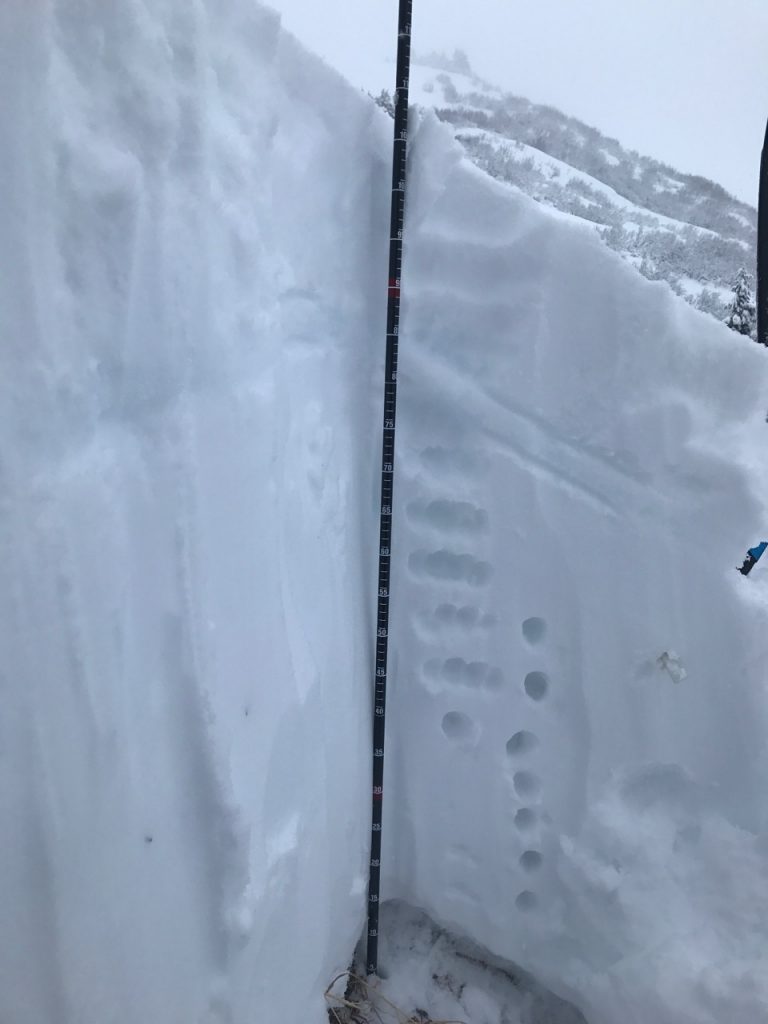 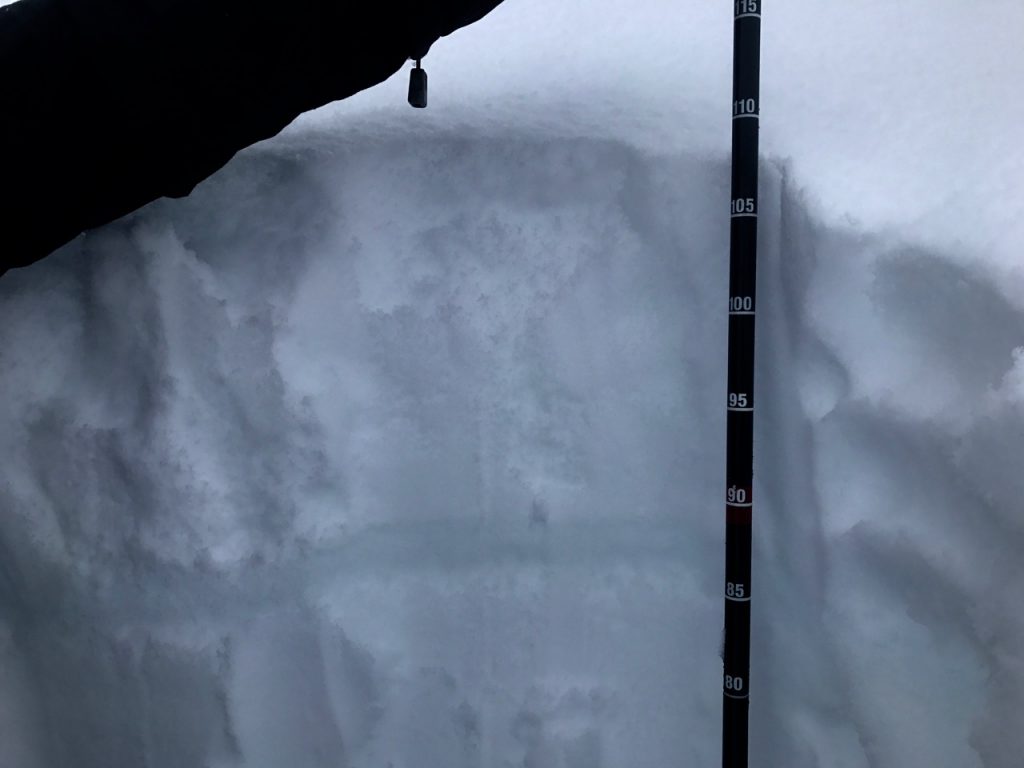 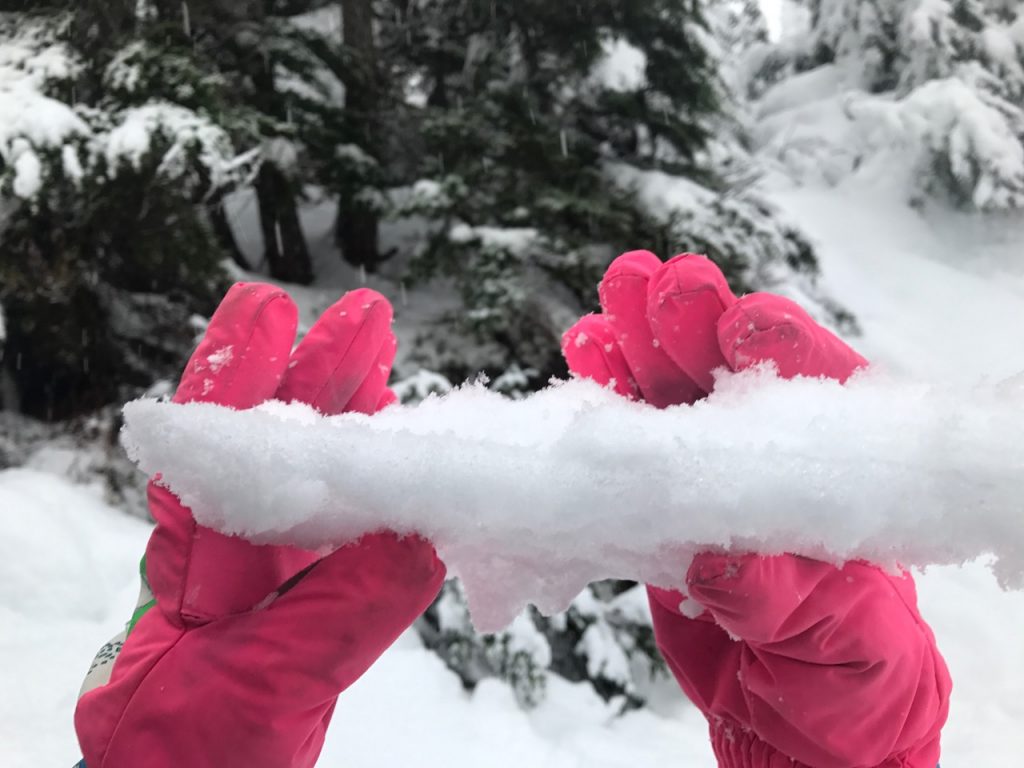 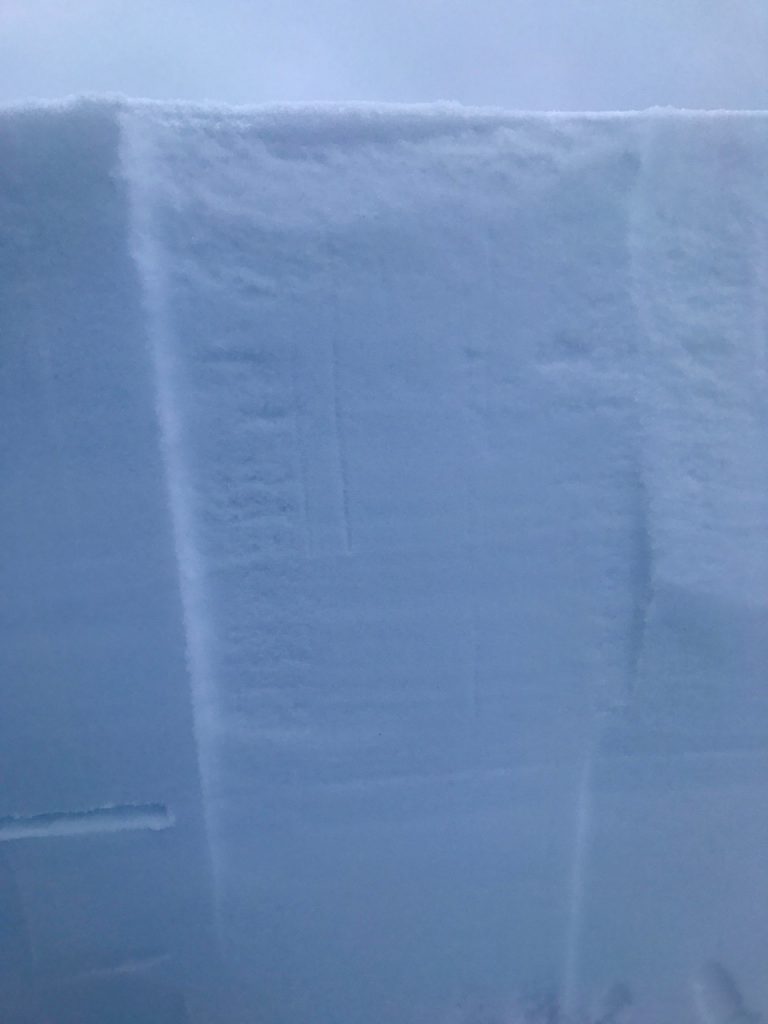 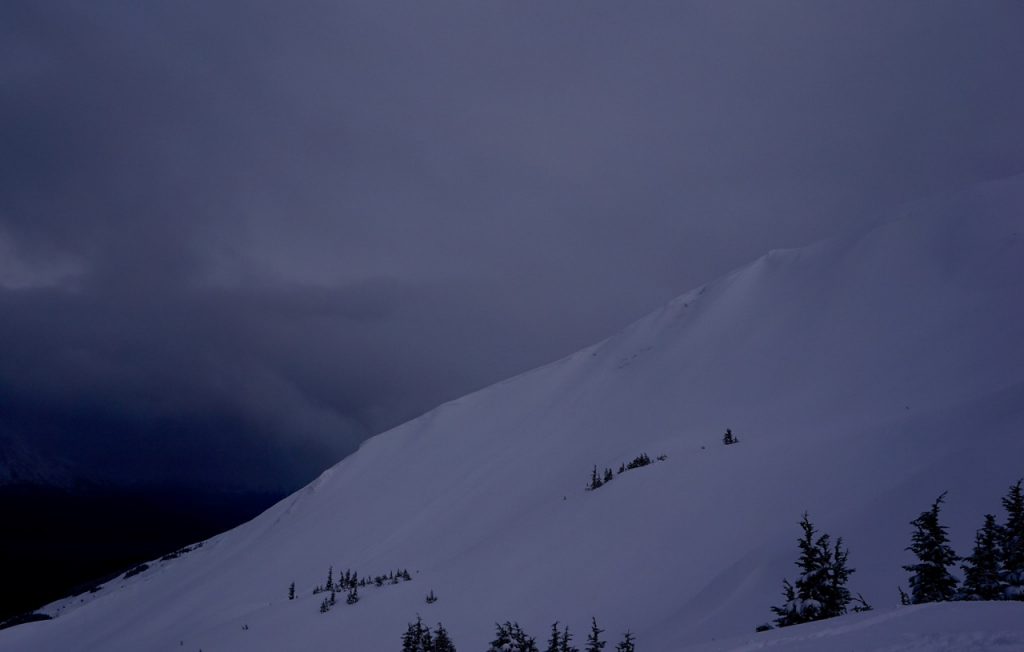 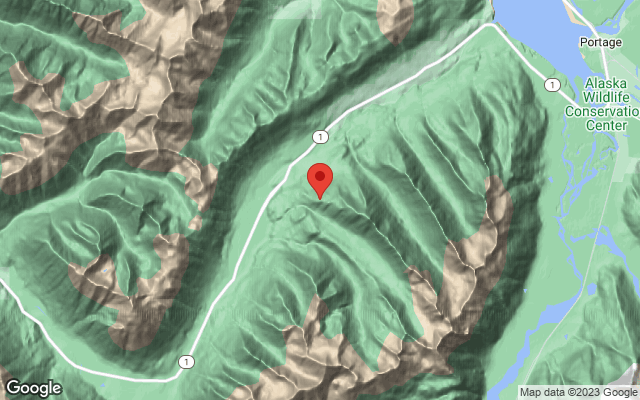