Standard Tincan, short lap up high in the bowl, and then all the way via the main ridge.

Snow was very wet and it needs a refreeze badly. We set off many wet-sluffs on steeper slopes, and kicked off many roller balls. Sluffs and balls ran up to hundreds of feet. We considered skiing Todd’s Bowl, but felt the size of the slope would not be as manageable, compared to the rolling terrain on the “normal” descent, and that sluffs could become slides and gain momentum.

Numerous recent wet slides seen on all aspects, at all elevations, on pretty much everything that has snow around Turnagain Pass. Also plenty of glide cracks and plenty of falling crevasses.

Sunny and warm (50+ F ?) with pleasant ridge top winds. Clouds started to move in around 3pm as we left.

I don't think it's had a re-freeze in over 24hrs. It was fairly wet in most places

5 ft wells around trees in lower Tincan, so it's at least that deep. Ridges exposed. Could ski to within 50ft of the car.

Photos & Video
Please upload photos below. Maximum of 5 megabytes per image. Click here for help on resizing images. If you are having trouble uploading please email images separately to staff.
https://www.instagram.com/p/BULgTDkBO5N/
Location 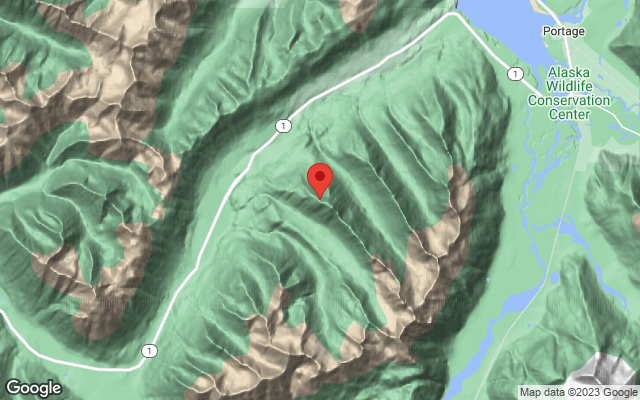