Weather: Temperatures 32-40f throughout the day, with the sky generally overcast (occasionally
obscured). Winds were from the northeast and generally light, occasionally gusting to moderate at both
treeline and the parking lot. Very light snowfall all day, amounting to ~1″ during our time out.

Snowpack: Below 1500′ 1-3″ of moist, 4 finger hardness snow sat on a strong crust that was several
inches thick. Above 1500′ on the northerly aspects we traveled, surface conditions varied, but generally
we found moist facets under the 1-3″ of newer precipitation, with both layers around 4 finger hardness.

A lone pinwheel, ~1′ in diameter, was found at 1500′ on our northern aspect uptrack. We made an
additional small one by throwing snowballs at a steeper rollover.

A quick pit was dug on a northern aspect of Tincan – a profile is below.

Occasional saltating snow and mild wind transport at treeline, but this only occurred when the wind was
gusting.

No cracking, collapsing, or recent avalanche activity observed, though visibility to neighboring peaks
was limited and the light was flat. 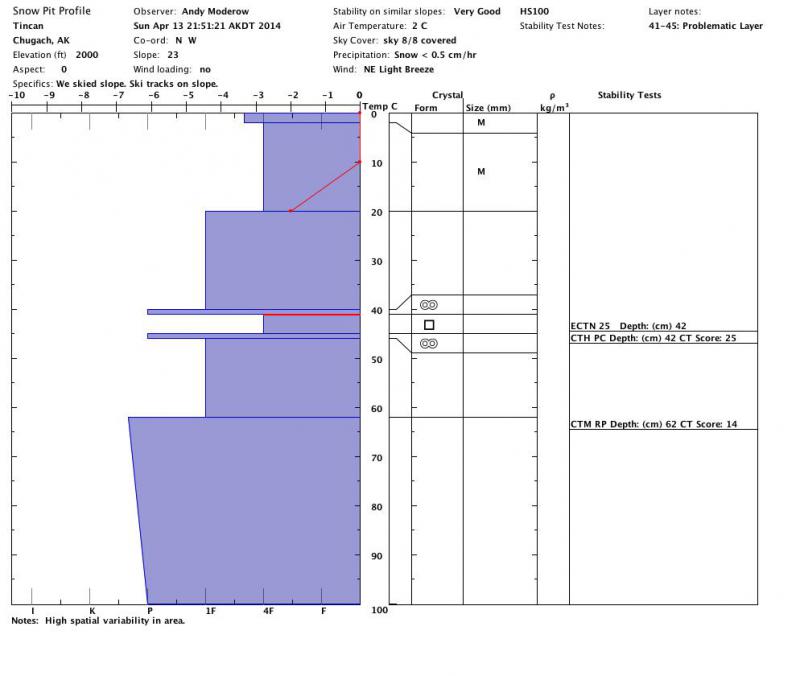 Quick pit at 2000' on a northern aspect of Tincan, just at treeline. 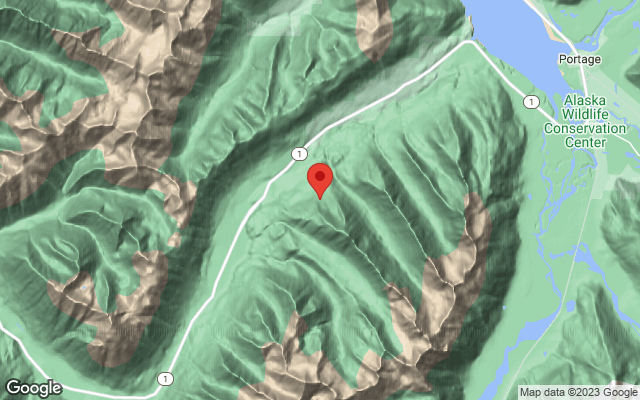