Toured up tincan via common uptrack (super icy, ski crampons would have helped) saturday and sunday. Found generally stable, unreactive snow, skied north shots off tincan ridge. Generally low volume sluffs and consolidated but soft slightly wind affected snow. South facing and low elevation slopes had a ton of surface hoar and heavy faceting. These will be very suspect in the next snow fall, less traveled slopes below treeline could pose a significant “sneaky” hazard. The sunny weekend and lack of options elsewhere concentrating people made to some interesting behavior.

On saturday a group was observed booting up elevator shaft, which aside from looking miserable and cold when compared to skinning up sunny sunburst ridge would have posed a huge problem if another group decided to drop in as it is a blind entrance where you cannot visualize the entire line from the top. The primary concern would be avalanching a group below but also a high speed collision would be pretty scary on a line like that.

Also on saturday a person was skinning Todd’s bowl and choosing to transition right in the most likely deposition zone from a Todd’s run avalanche. fortunately the several people on the ridge waiting to drop in could see him and not drop in. (Good job folks on the ridge!).

Sunday there were people party skiing south shots on tincan.

Green light conditions abounded, but it seemed throughout the weekend safer travel practices could have been practiced! (practice makes perfect)

Shooting cracks and collapsing abounded in snow supported by alders. This will be a concern when more snow falls. No red flags at elevation.

Sunny, temps up to 14 at road level, low to mid 20s at elevation. Light winds from the south 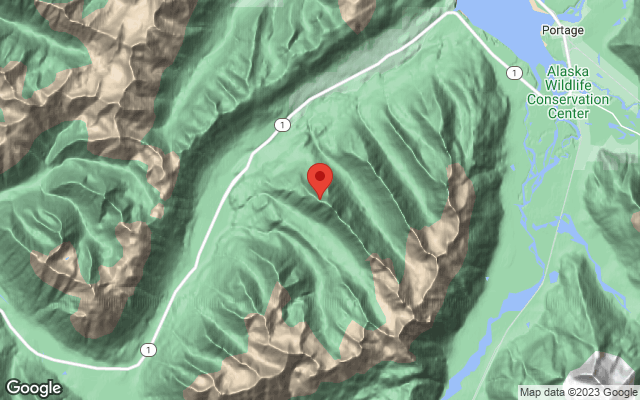