We toured up the standard skin track to 3300′ on Tincan. Our plan was to dig a pit on a Northern aspect in the upper elevations, possibly near Todd’s to see if we could find the buried surface hoar layer from Nov.16. Increasing Easterly winds, decreasing visibility and cold temps stopped us just before the boot hike. We dug a pit on a North aspect behind Hippy Bowl and immediately found the BSH layer, fully intact, 1cm in size, reactive moderate test scores with full propagation.

Temps: -12F to -8F at road level and 10F-15F in the alpine
Winds started around 12:30pm. We observed both SE winds and NE winds
Partly cloudy becoming overcast by 2pm
Light flurries started around 2pm

***We weren't expecting to find buried surface hoar in this location due to its proximity to the ridge, an area commonly affected by winds. To our surprise the Nov.16 layer of buried surface hoar was very intact and quite reactive. It is hard to say if this pit is representative of all Northern aspects. It is likely that some slopes have avalanched naturally on this layer. Several small avalanches have been seen in Todd's bowl over the last few weeks and several small storms have covered up the debris. However the activity observed in Todd's hasn't been large enough to verify if the whole slope has shed this layer. Something to keep in mind if venturing into steep Northern aspects. 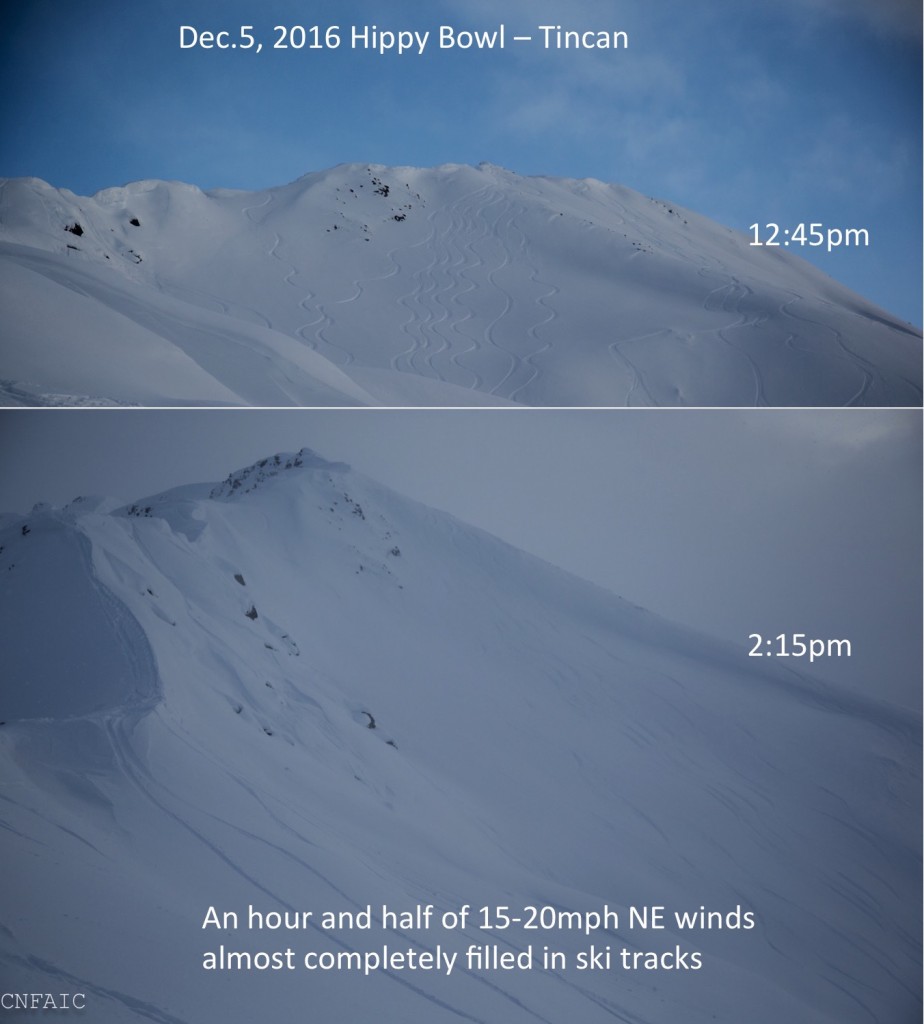 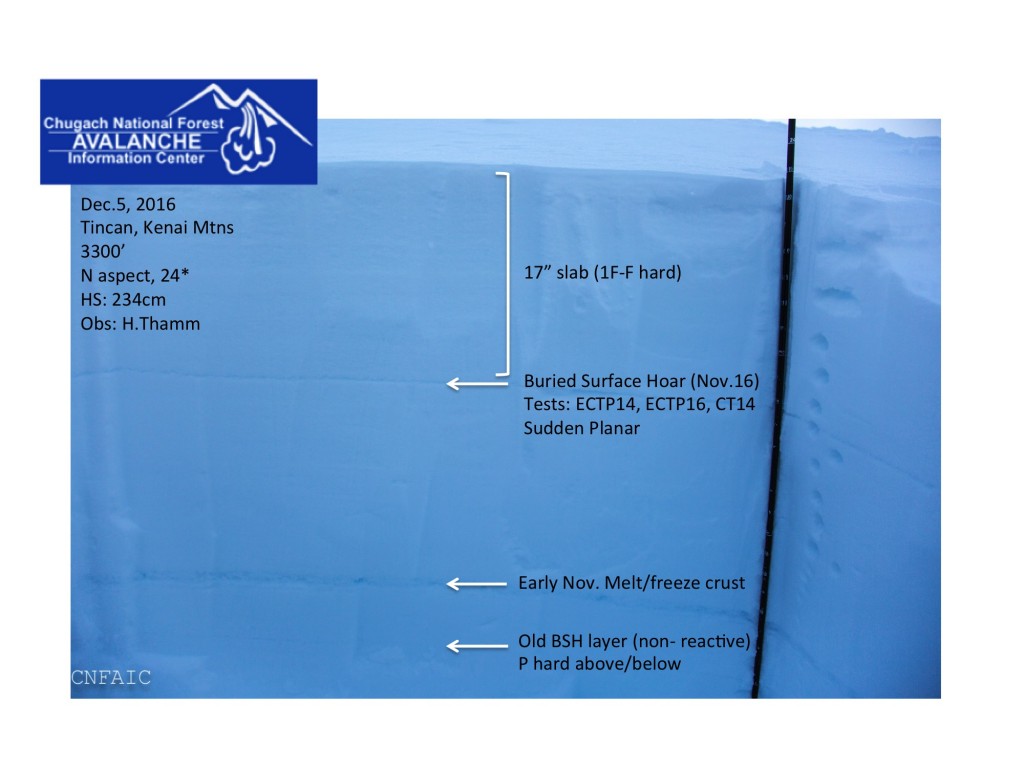 Visible layer of buried surface hoar in a pit 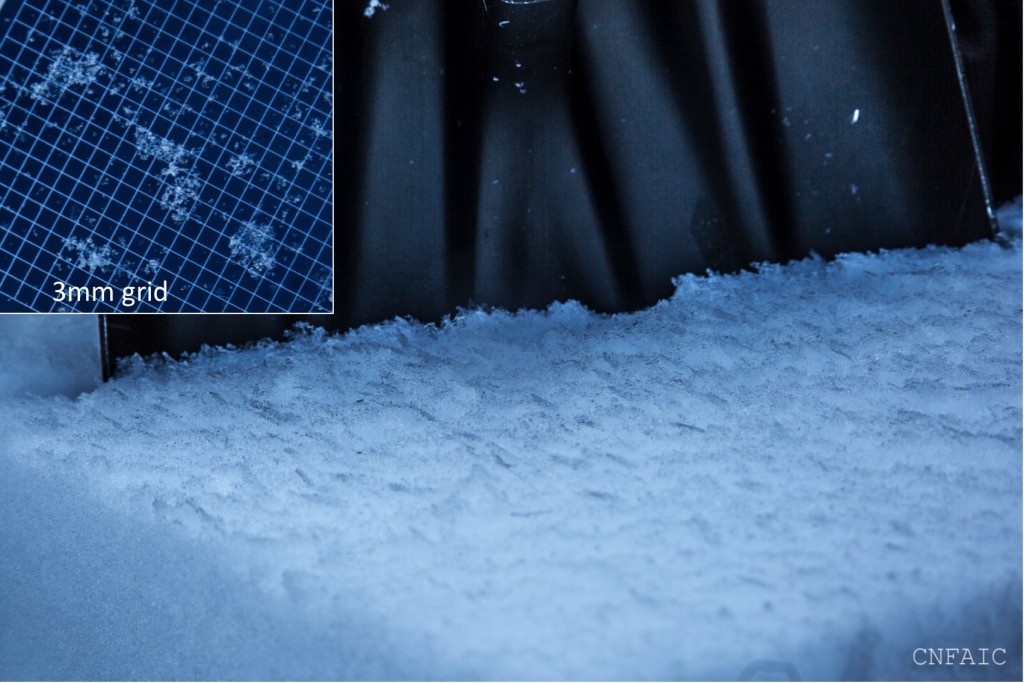 A closer look at the buried surface hoar 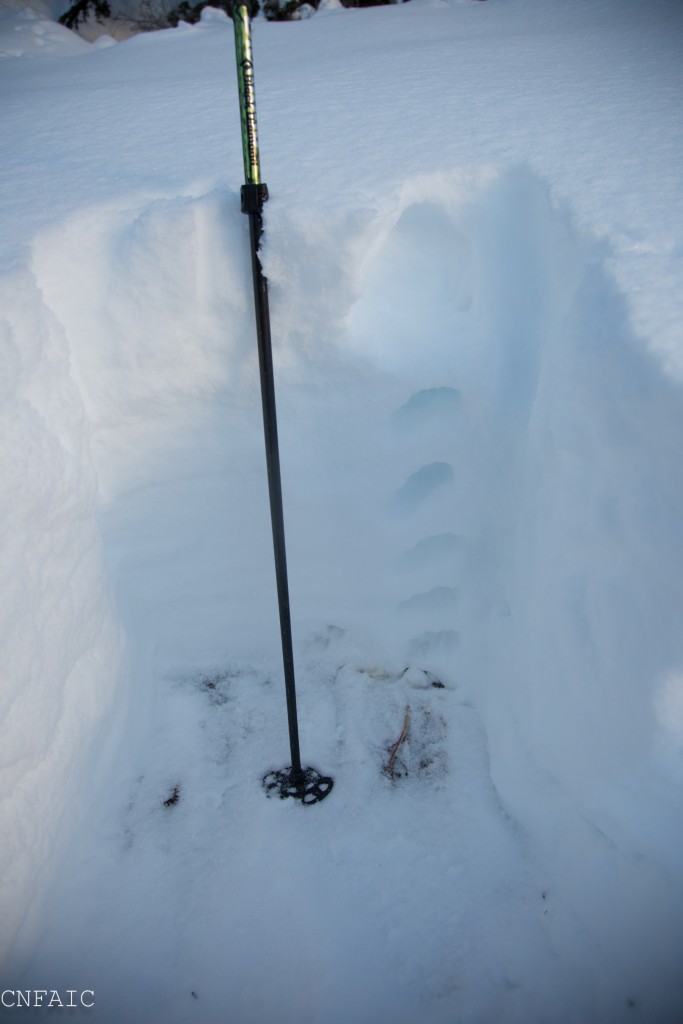 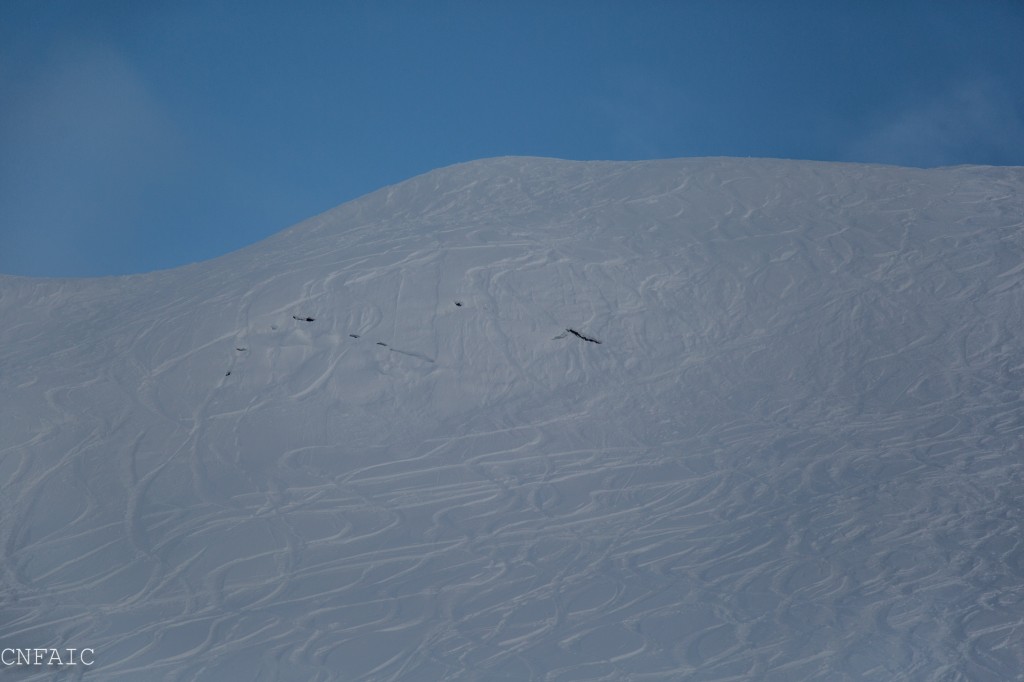 Glide under Common Bowl is starting to disappear 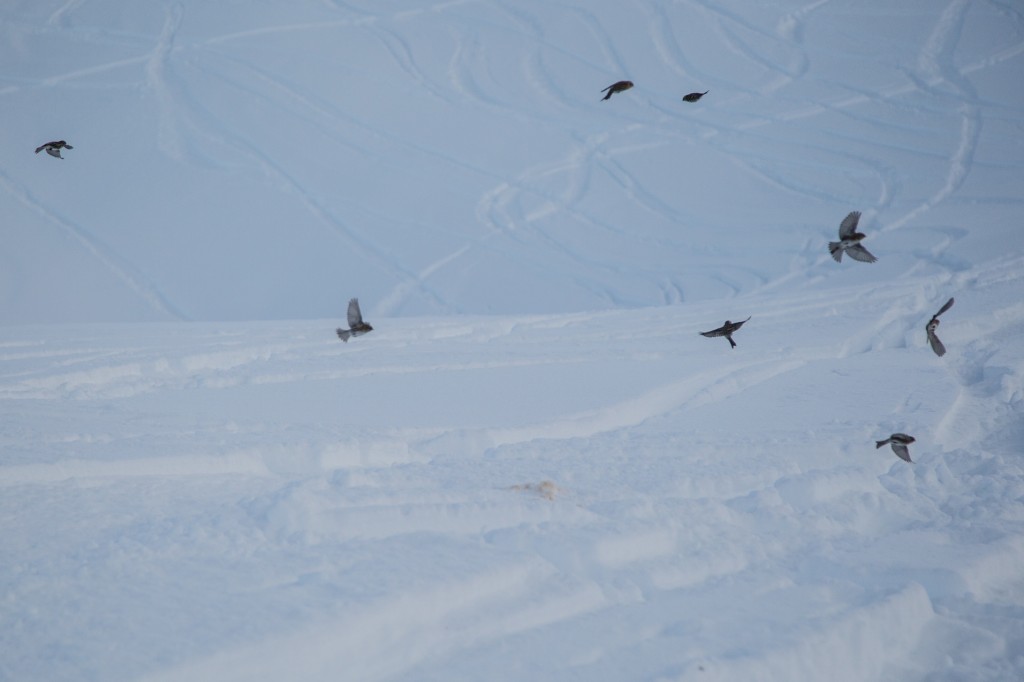 Wildlife Ob: A flock of tiny Pine Siskin's were observed picking at several areas where people have urinated