Tincan trees, and one lap up to common.

In a clearing at the bottom of the trees (~1500') one shooting crack was observed, extending 15-20' across a steep rollover. An adjacent hand pit failed on the third wrist tap, down 10" in the 1cm surface hoar that was buried on 11/17.

Glide cracks formed recently on the face of Tincan Common; see photo below.

Overcast and very light snow in the AM, with skies clearing midday... no more than one inch of new snow at higher elevations. Light winds from the North in the morning, shifting to south in the afternoon.

Soft snow along the entire route... even down to the parking lot!

Hand pits throughout the day and route had varied results, failing under easy taps just once near the cracking mentioned above. Otherwise, moderate to no results within the 11/17 buried surface hoar layer. 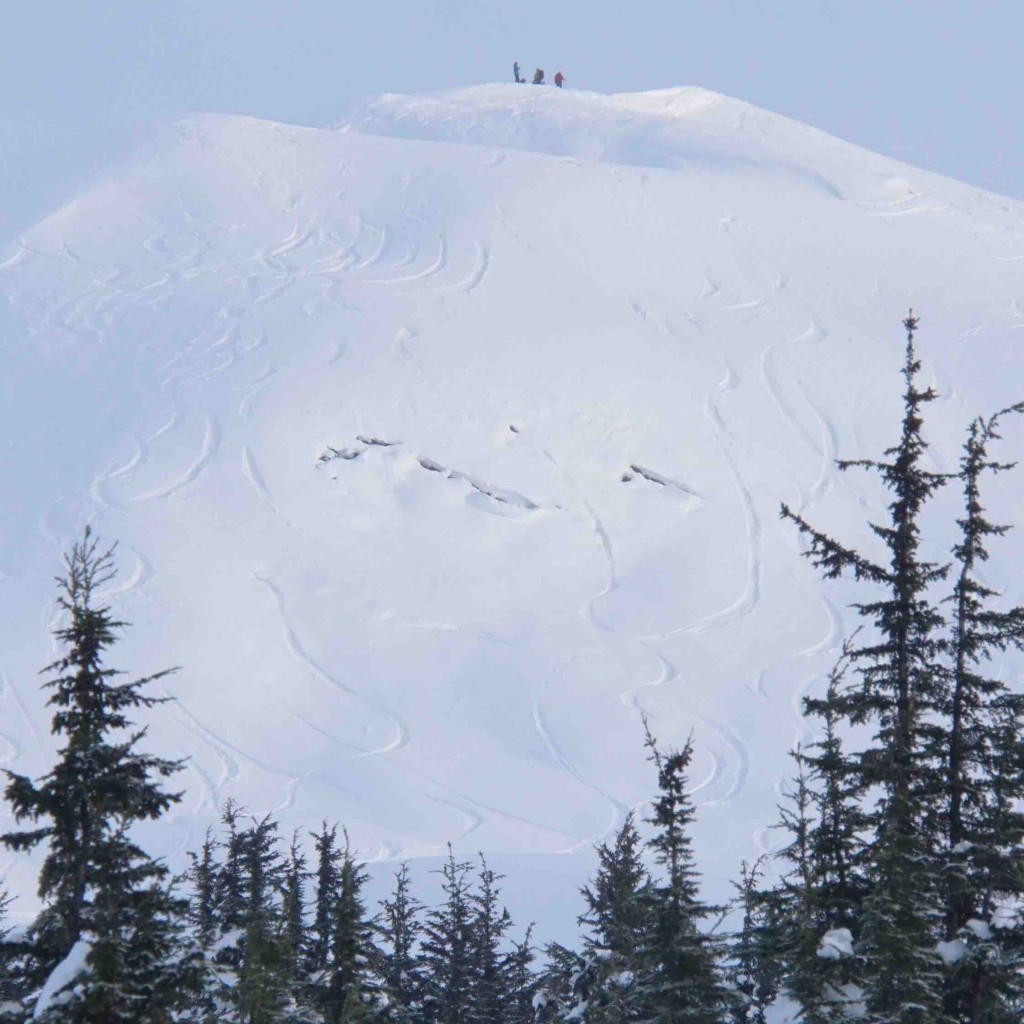 New glide crack on the face of Tincan Common 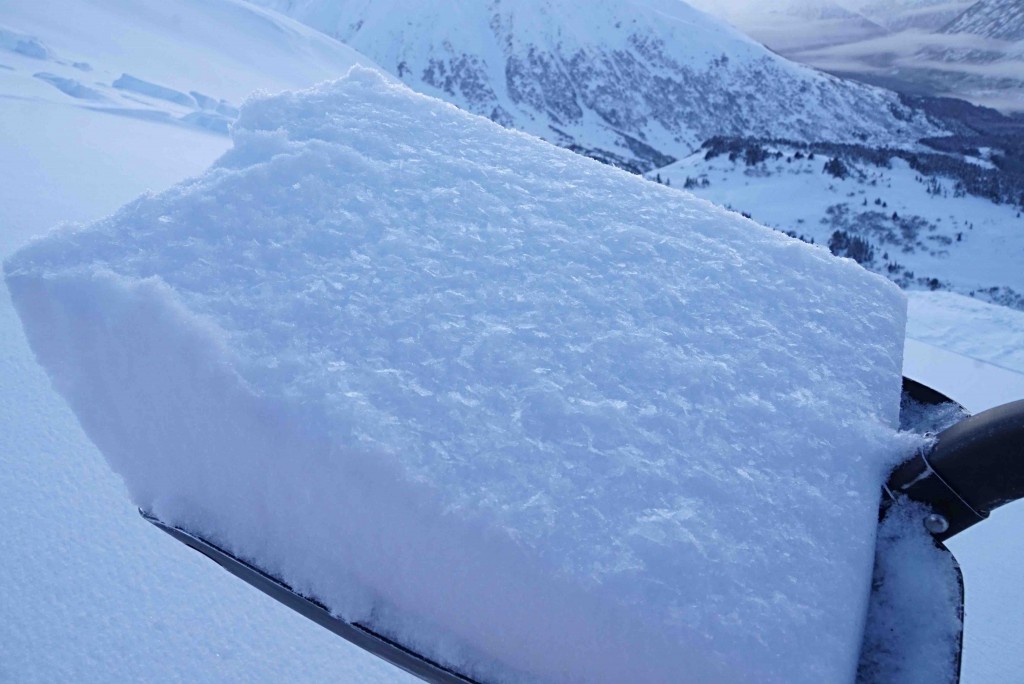 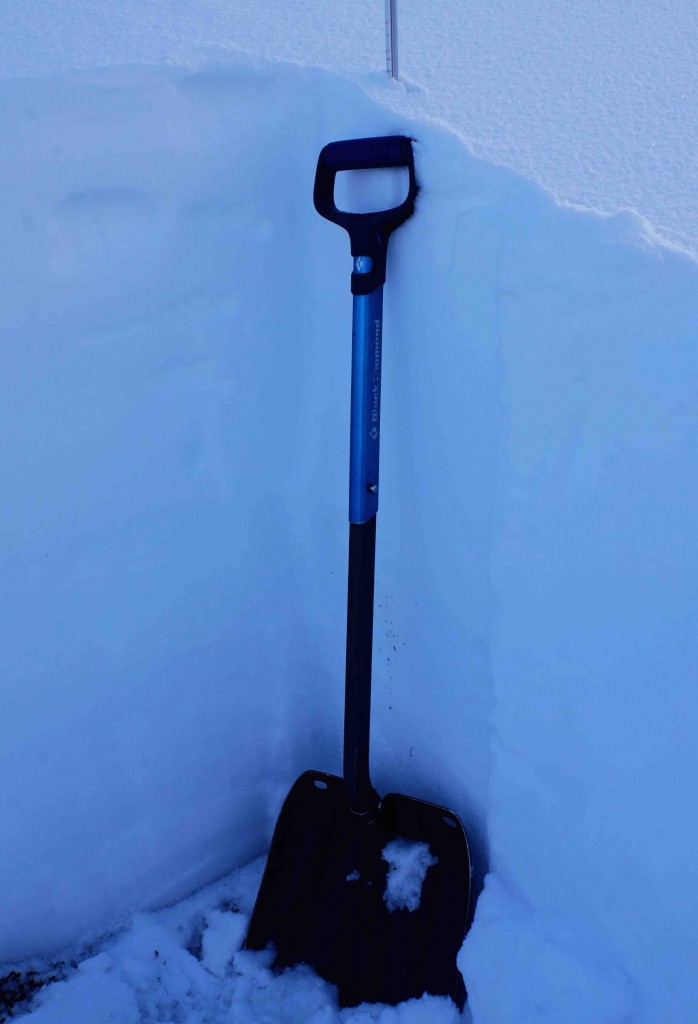 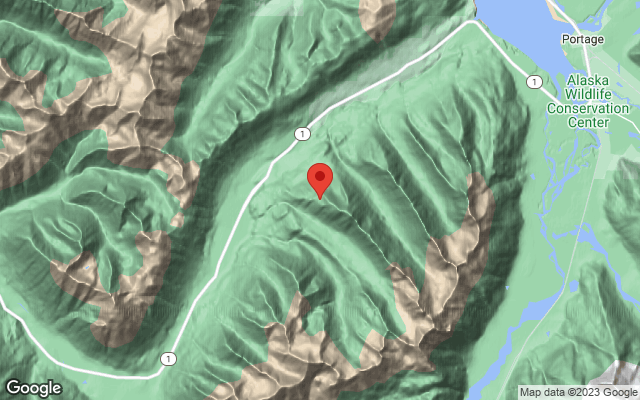