Tin Can parking lot to 2400′ via common skin track.
Roughly 2′ of settled storm snow capped by a pesky breakable crust to 2,000′. Was snowing 1cm an hour for most of the day on top of the crust.

-Several D2 wet slabs in Tin Can trees right around 2,000'. Basically anything that was steep enough to slide, did slide. All looked to be mid-storm and was covered with 10-12" of new snow.
-Several more D2 avalanches on the East face of Seattle ridge, running 80% of the way to the flats.
-Saw one small glide release on E. face of Seattle ridge, just south of the parking lot.
-Fresh debris on Magnum west face as well. Appeared to have initiated around the 2K band.
-Larger avalanches (D2.5 - 3's) observed on Tincan proper (SW) and Sunburst ridge (SW) toward the weather station run.
-Reports of other avalanches on Eddies face as well but visibility was such I couldn't get eyes up there.

In short, there were several recent avalanches that ran mis-storm or just on the tail end of the storm throughout Turnagain pass. Most were D2 (large enough to bury a person) in size at and below treeline. A few fresh crowns were observed in the alpine as well but visibility was limiting views into many of the start zones.

Large whumphing experienced between 1300-1500' on Tincan skin track on several occasions. Above 1500' we did not experience anymore whumphing.

Scored about 15 minutes of visibility around 11AM. Skies socked back in and it was snowing 1cm/ hour for most of the day. 32 degrees at 2400'. 37 degrees and raining at sea level.
Winds were light to moderate from the NE.

Ski quality is great above 2K. Sub-par below 2K.

Pit 1 @ 1350': 2' of moist powder below a 1" breakable melt-freeze crust. Widespread whumphing appeared to be on the storm interface.

Pit 2 @ 2350': 2.5' of dry powder sits on top of last weeks surface (MF crust). SSE aspect, 24 degree slope.
ECTN26 down 1.5' on what appeared to be a mid-storm temperature change. Mixed grains at that interface. No failure in pit tests at the storm interface. 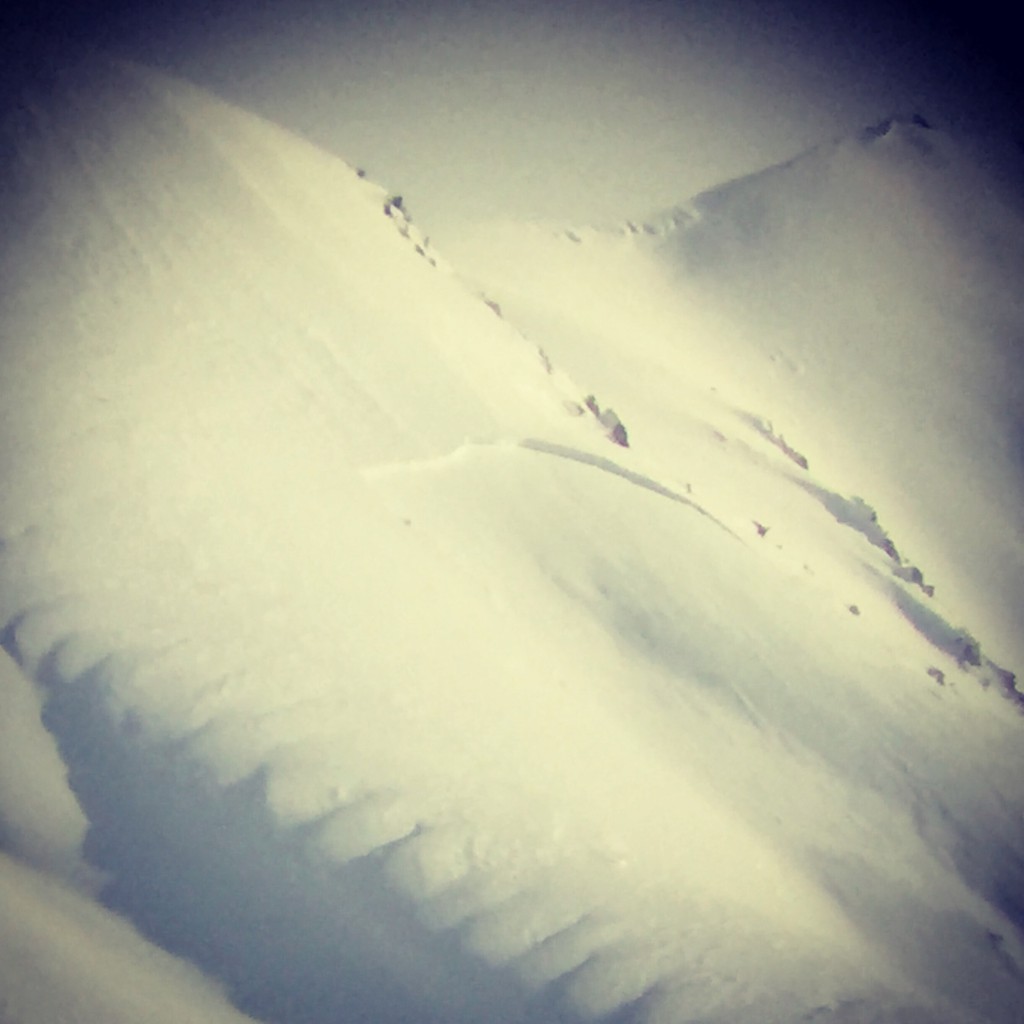 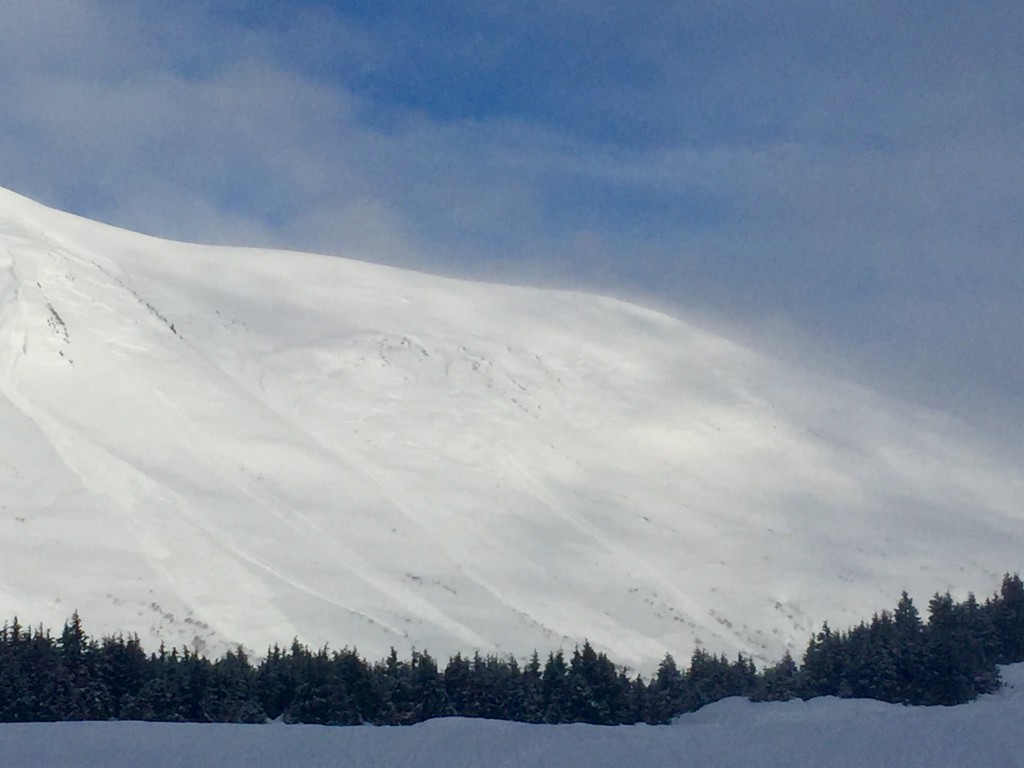 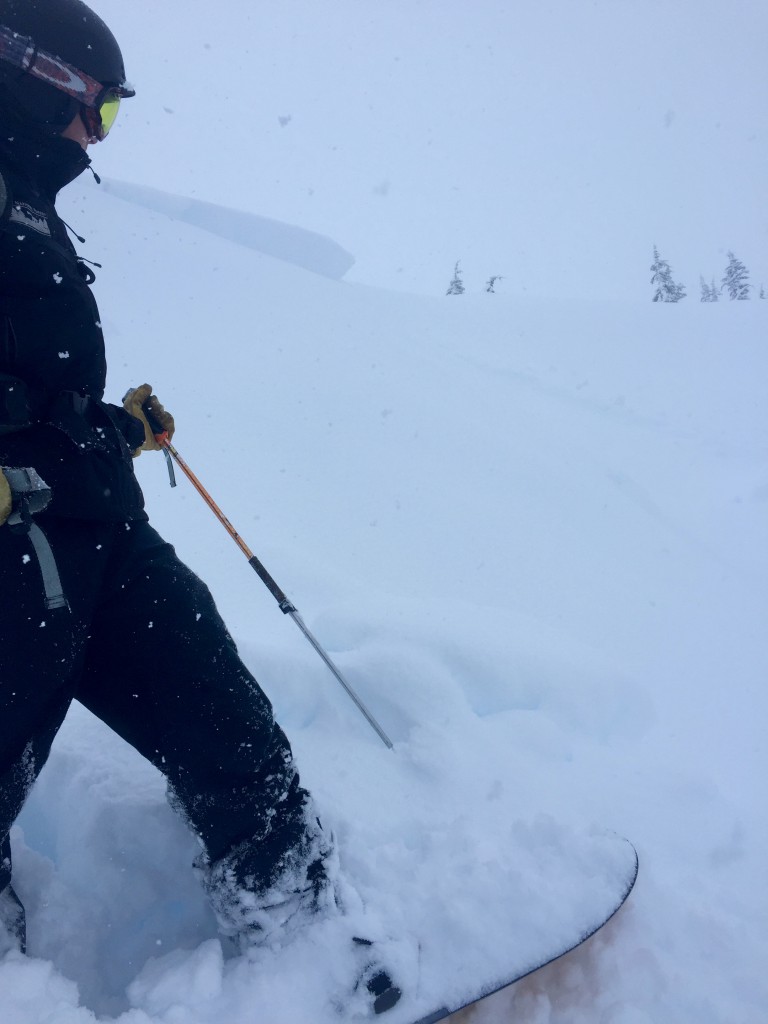 Tincan trees was littered with wet slab avalanches that released yesterday (mid-storm). These were all right around the 2000 foot level, 2-3 feet deep. 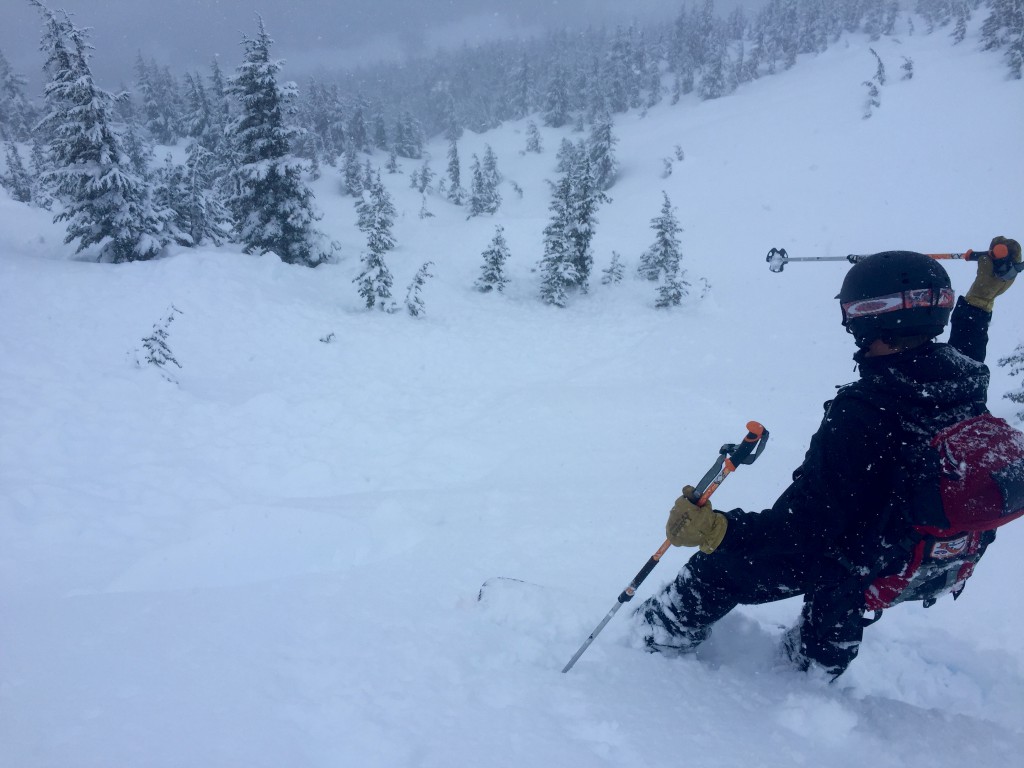 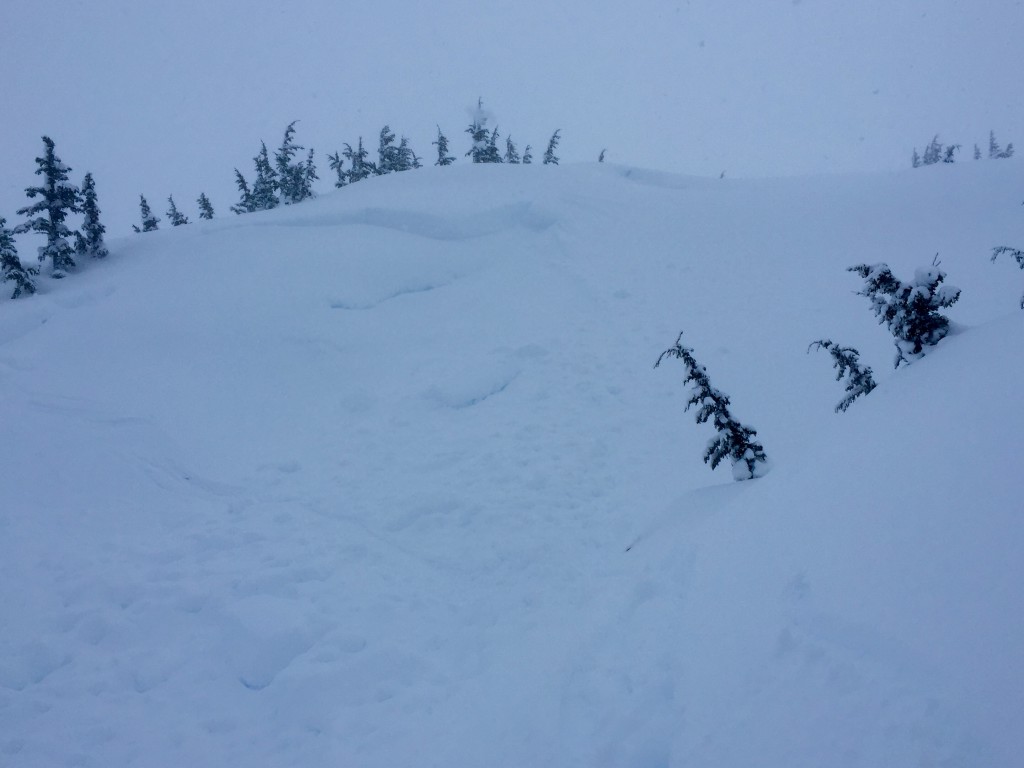 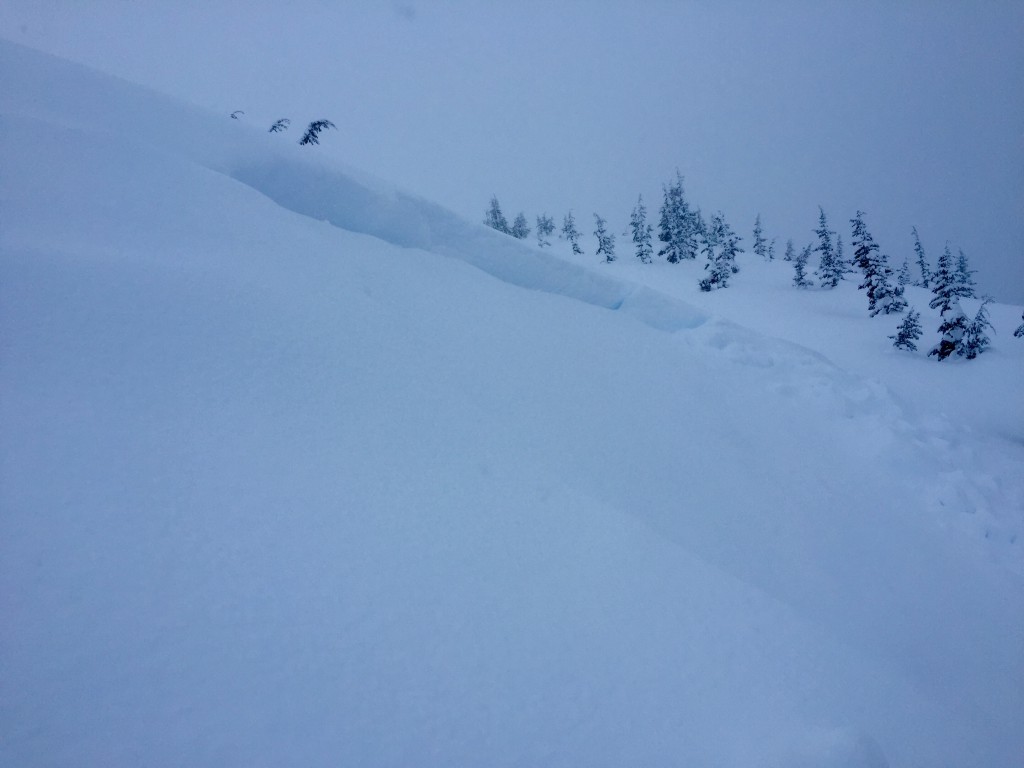 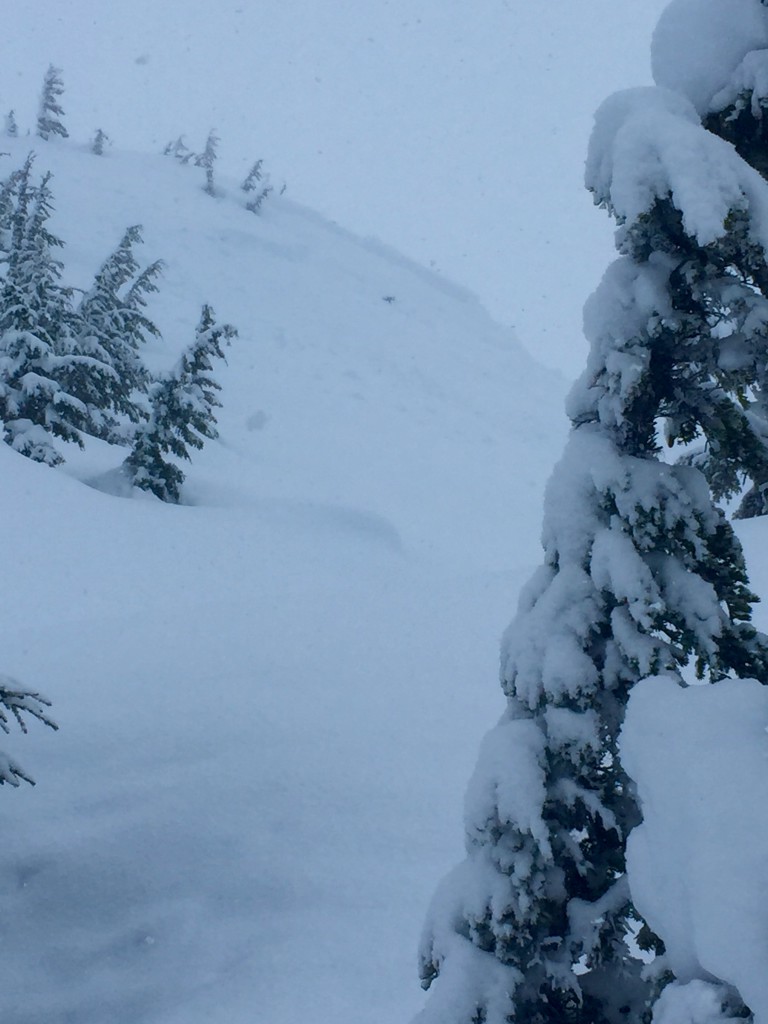 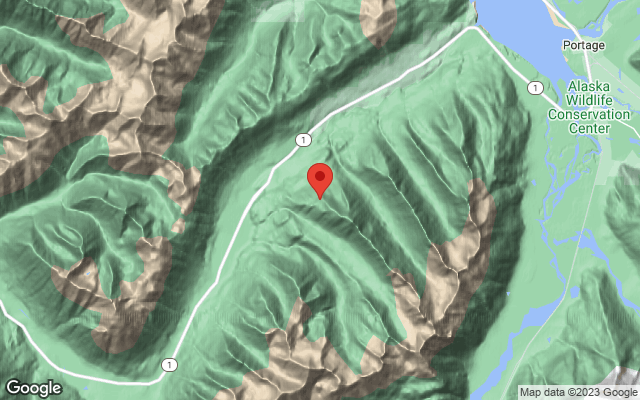