Route – Tincan – Followed the normal route along the western ridge of Tincan from roadside parking. The
snow coverage was pretty thin until about 1500 feet where we started skinning. We stayed on the normal
up-route to 3400ft and skied “Common Bowl,” a southwestern aspect, and followed the normal skin track
back to the road.

Wx- Winds were calm, visibility was limited at times with fog moving in and out below 2500 feet. Skies
were mostly cloudy with some patches of blue sky on occasion. Temps were warmer at the road (upper
20’s F) and cooler (upper teens F) as we climbed to 3400 ft.

Surface conditions –There was really good skiing above 2000ft. The top centimeter of snow had some
surface hoar forming. (see picture) There was about 8–12 inches of consolidated storm snow above a firm
(knife hard) crust left over from the November “Nuri” rain event. The surface snow skis well, light and sort
of “mealy” on the surface and gradually gets denser. You can’t feel the rain crust under foot until lower
elevations. There are some rocks showing on steeper terrain and alders and stobs on the skin track below
2000ft. Not enough snow to ski below 1500ft.

Snow Pack Observations – I didn’t observe any obvious signs of instability. The average snow depth was
around 60 cm at 2000ft and around 90 cm at 3100ft. The November 18th rain crust was mid pack at all
elevations and was about 1 – 2 cm thick. The interface between the November 18th rain crust and the
lower density snow above appeared to be well bonded. At 3100ft I preformed a compression test without
any results. The snow below the rain crust consists of moist rounds with some rounding facets sitting on
the ground. 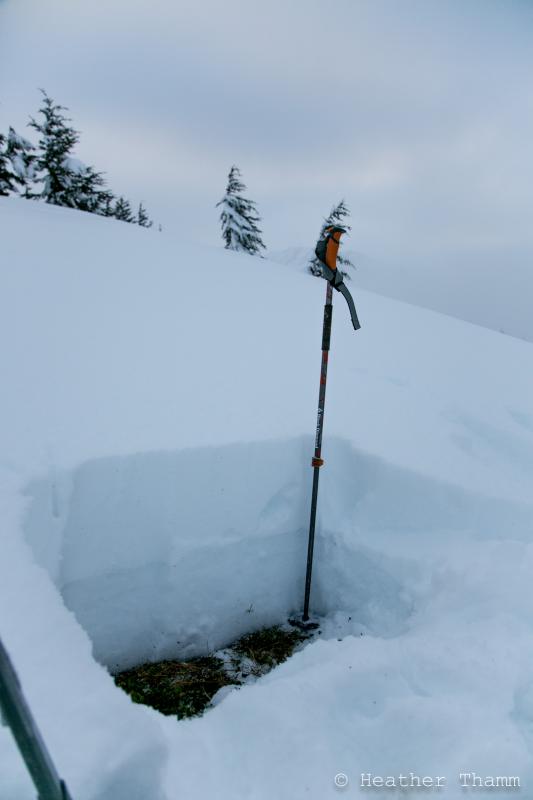 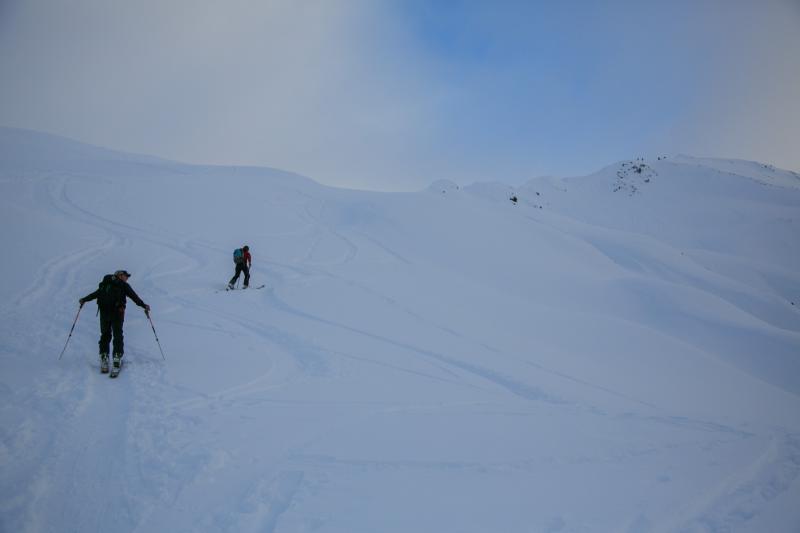 Fitz and Wendy skinning to the ridge below "Hippy Bowl" 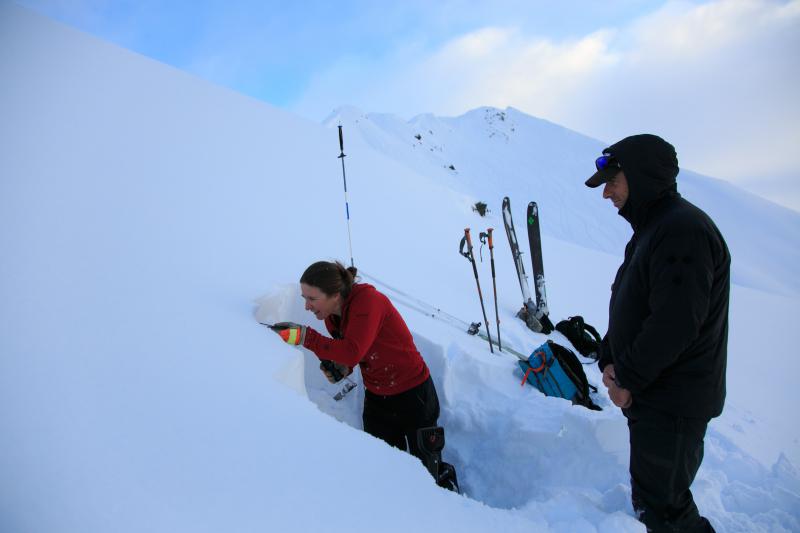 Wendy and fitz taking a closer look at snow crystals 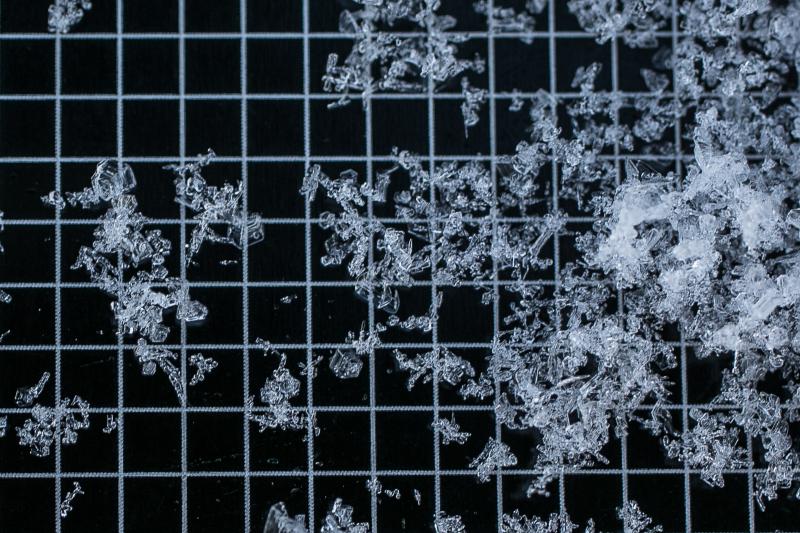 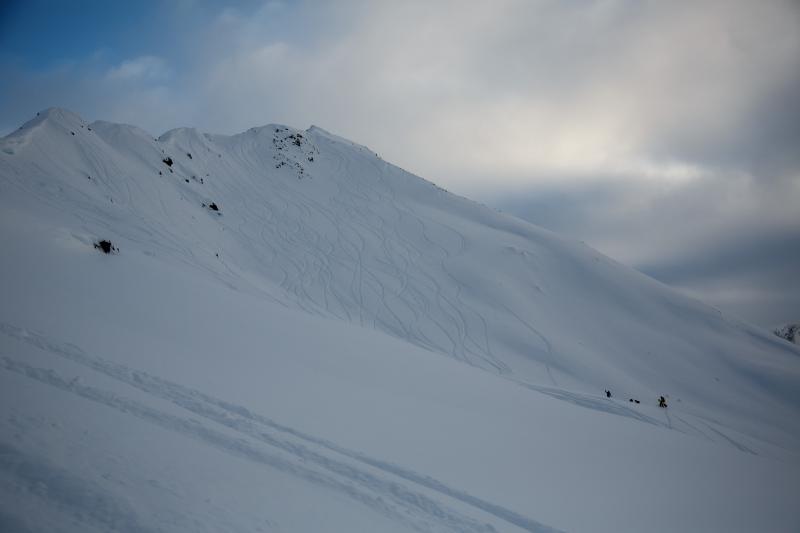 A group hangs out after riding a western aspect further along Tincan ridge,