Tincan Common via usual uptrack, then two laps down in the trees.

@ 1000' - 30cm of new snow over older soft snow, capped with a 5mm melt freeze crust in an upside down snowpack. Surprisingly, the top layer and crust was dry.

The crust disappeared around 1300'

@2000' 30cm of fist hard new, dry snow over old soft snow. 80-100cm of soft snow sits on top of the Thanksgiving crust at this elevation. Ski pole probing revealed pockets of upside down snowpack, and pockets of right side up snowpack alike. Ski Penetration (PS) of 25cm in wind-sheltered locations.

Above 2000' wind affect has produced a denser snow surface, with PS decreasing to 5-15cm along the uptrack to common. Occasional 10-20cm thick windslabs were present, but they weren't collapsing or cracking under skier weight.

At 3100' just below Tincan Common, height of snow varied from 40cm to 200cm - see pit results below in slightly scoured location.

See photo below. 30cm of new snow from the past 36 hours was on the surface, fist to fist plus hardness, over a generally harder snowpack to the ground, where a thin layer of 4 finger facets reside.

Shovel Tilt Test failed after three light taps on a hardness change 20cm down within the storm snow, and 30cm down after a few more taps in at the new old snow interface. (see photo below)

ECTN 4 (SC) 20cm down at a density change within the new storm snow
ECTN 12 (PC) 30cm down at the storm snow/old snow interface. 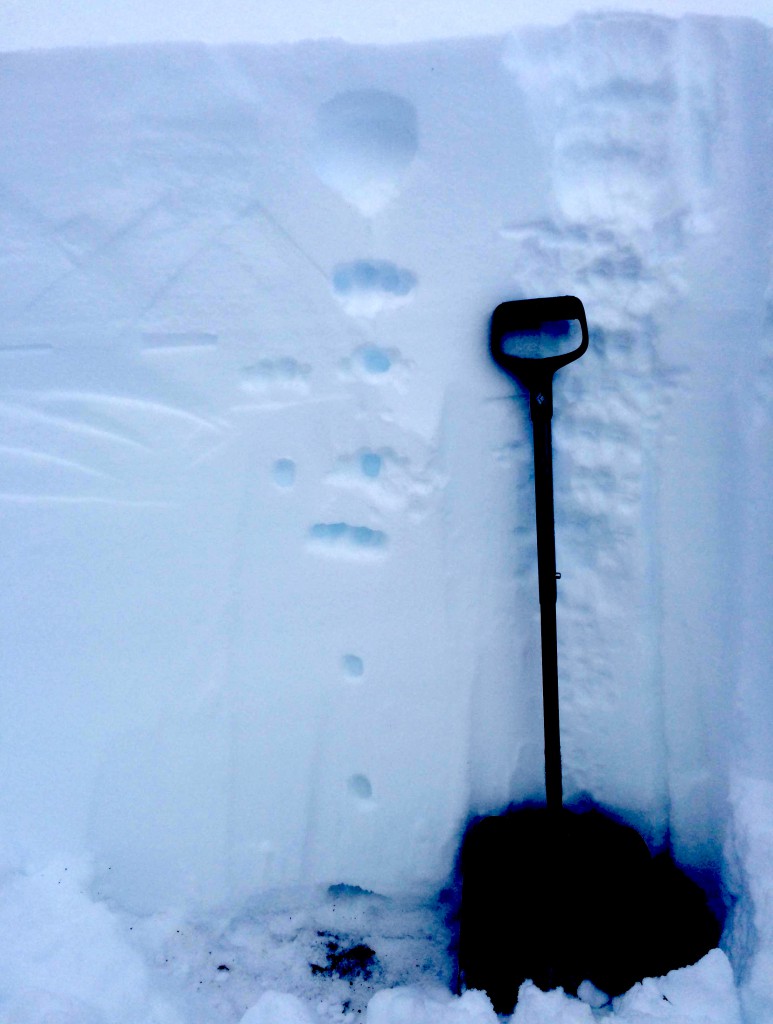 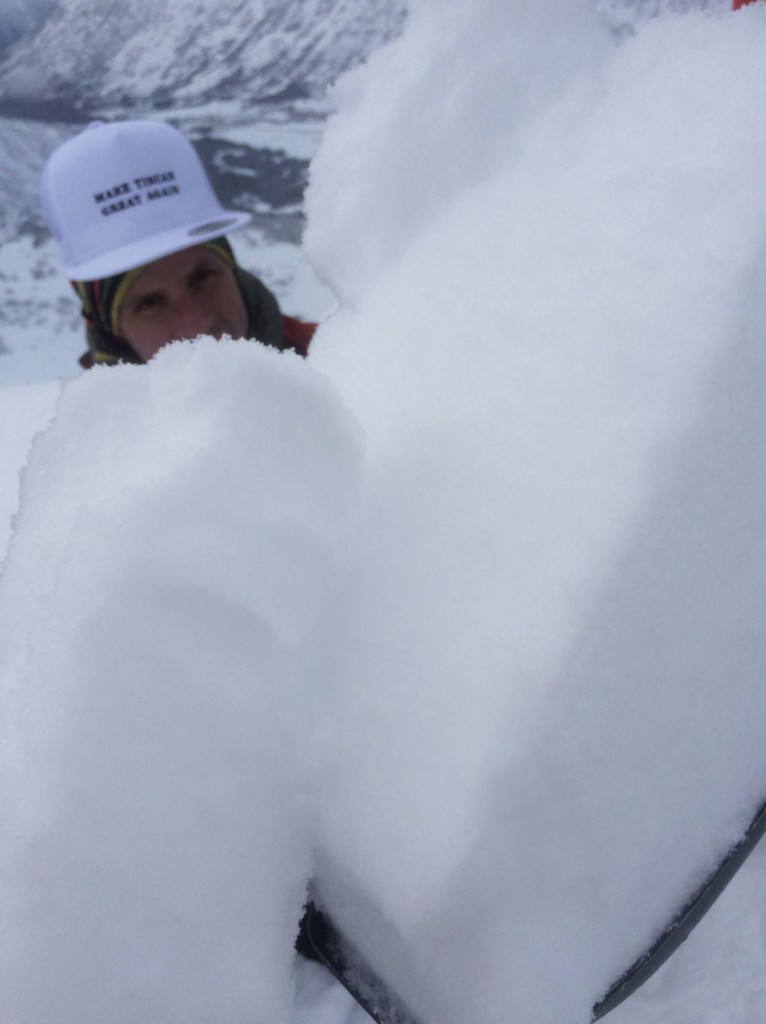 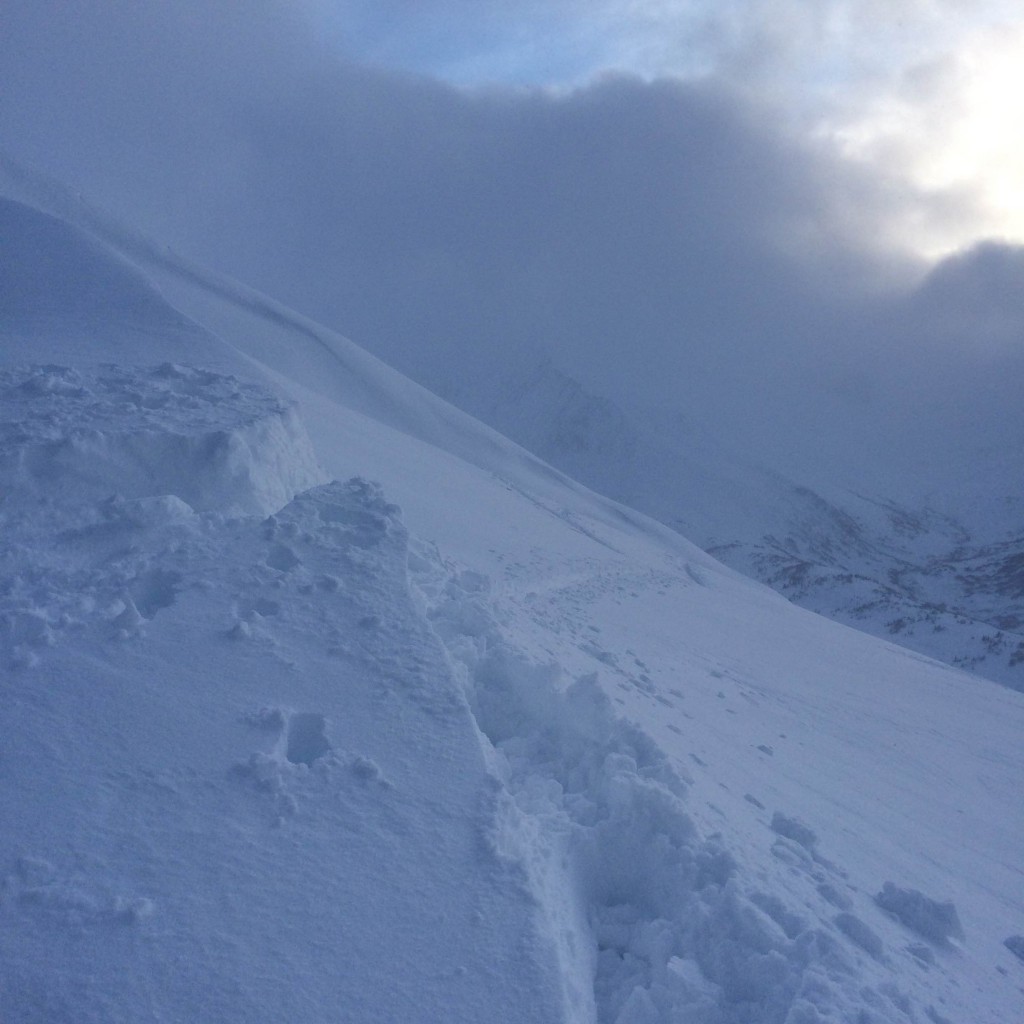 Top of common. Recent wind transported snow was still soft along the ridge. 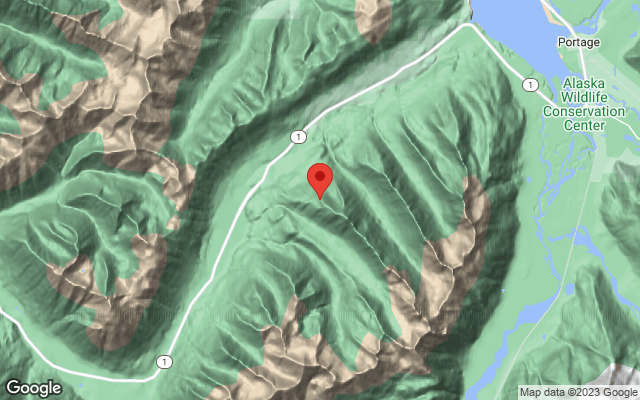