Toured up the common Tincan route to see how much snow has fallen over the weekend. We also dug in as near the snowboarder triggered avalanche from Friday, April 17th as we could. This was to look at layering and help determine the culprit weak layer. Last, we scoped out a spot for a future semi-permanent snow temperatures monitoring site.

Additionally, below are some photos of the weekend’s avalanche cycle – D2’s, D3’s and what looks like some D4’s. Impressive. Many many paths ran with very wide propagation. Crowns were estimated at anywhere from 2-10′ thick…. A “crush-and-flush” of sorts, yet many slopes, like Sunburst’s Southwest face, remain intact.

Notable slides: The Southwest facing aspects of Pete’s South, Pete’s North, Lipps and Cornbiscuit all ran almost wall to wall! Also, Elevator shaft on North facing Sunburst and all of Magnum’s West face. Elevation of most the activity was between 2,500′ and 3,500′ and on all aspects, N,S,E and W.

Mostly obscured skies and low visibility with low clouds filter in and out
Light snow fall adding a trace above 1,000' and light rain below 1,000'
Winds were light with a few gusts from the East at Treeline
Temperatures were warm.... mid 30's at 1,000' and upper 20's at 2,300' (high point)

WET and saturated snow below 2,000', not fun skiing, mash potatoes, grabby and punchy
Damp and dense snow above 2,000', fun skiing, where the snow is more cream cheese-like

We dug one pit: North aspect, 2,200' with a total depth of 340 (ish)cm.
We were looking for the old melt freeze crust that is believed to be the bed surface for the avalanches on April 17th. We found what we believe to be this layer 2 meters down. The top 1m (3') of the pack is new from over the weekend. No facets were found above the old melt-freeze crust. The crust was ~20cm thick and the slab on top would have been 1m (3') at the time of the avalanche (prior to the 3' over the weekend).

No other noteworthy notes other than the top 2m of the pack is dense, strong and moist (warm). 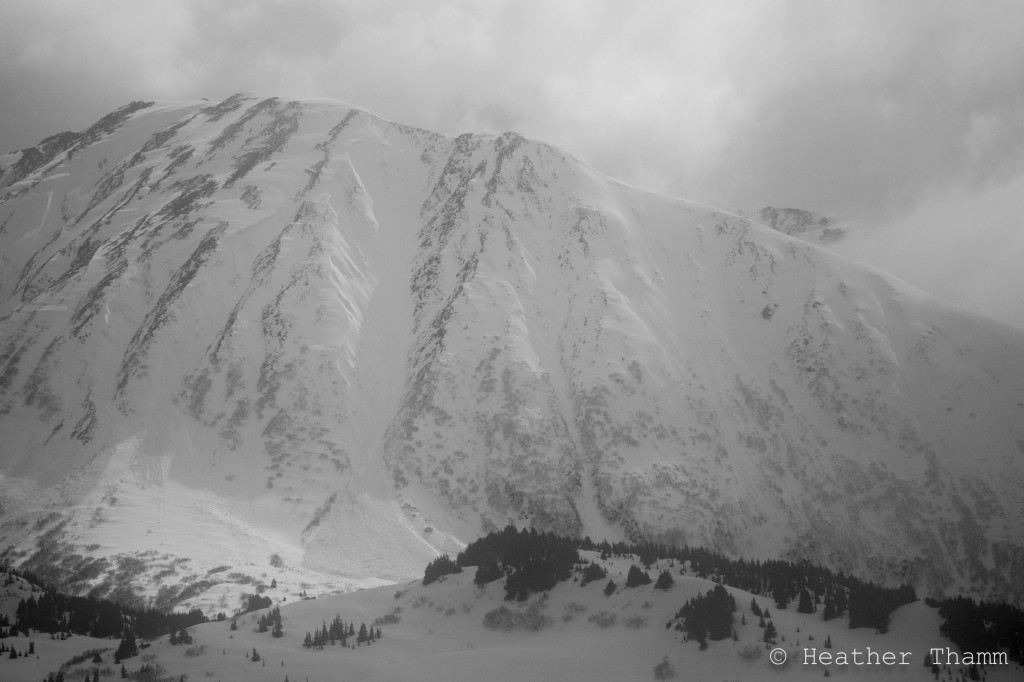 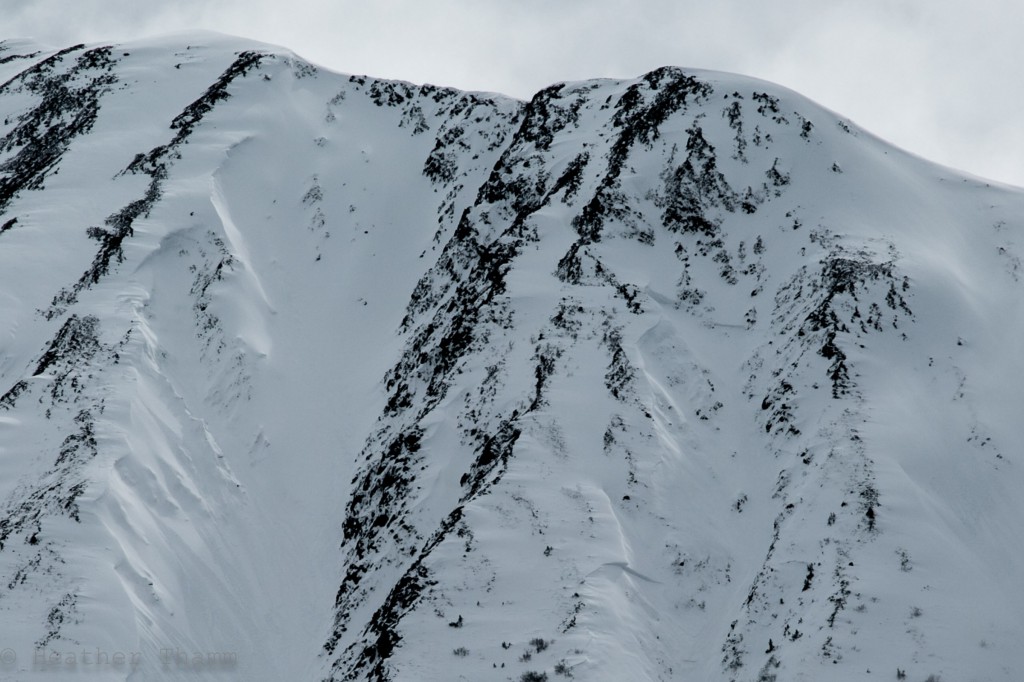 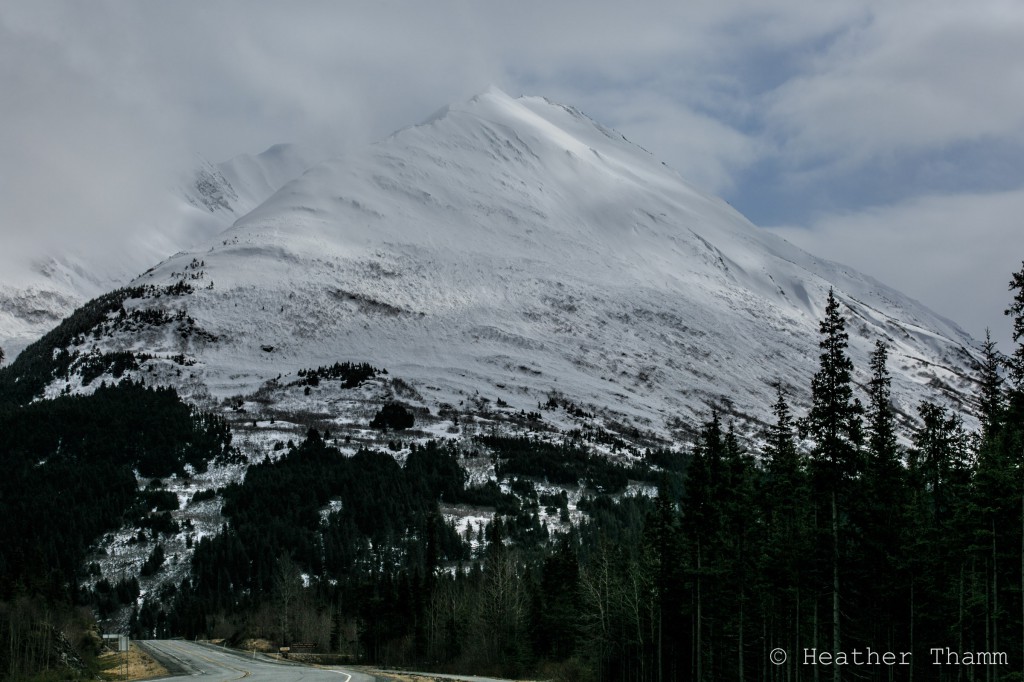 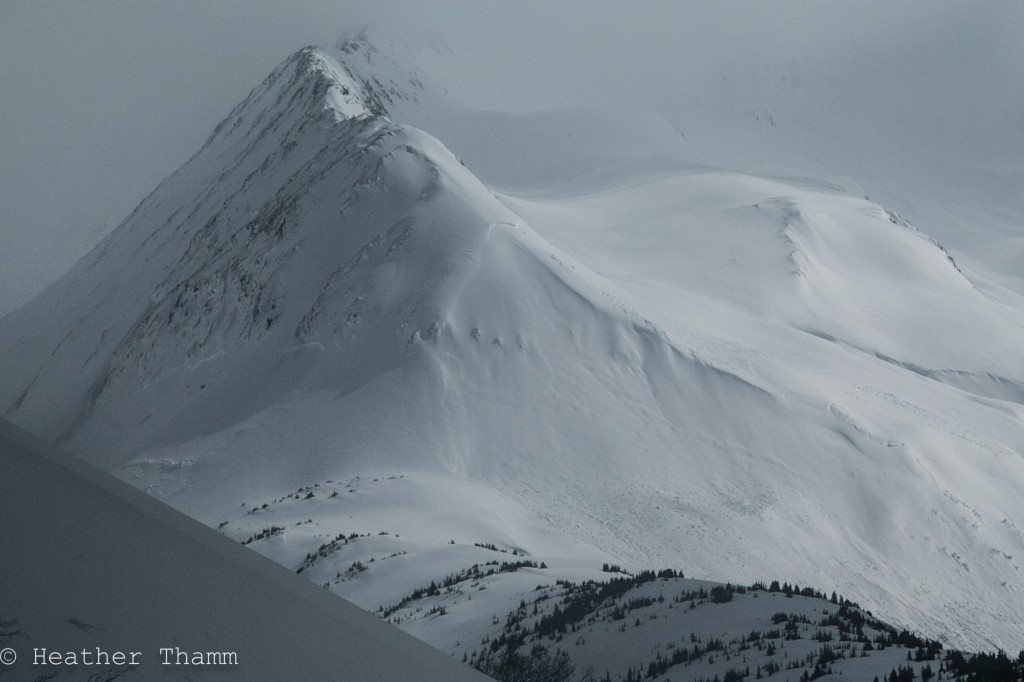 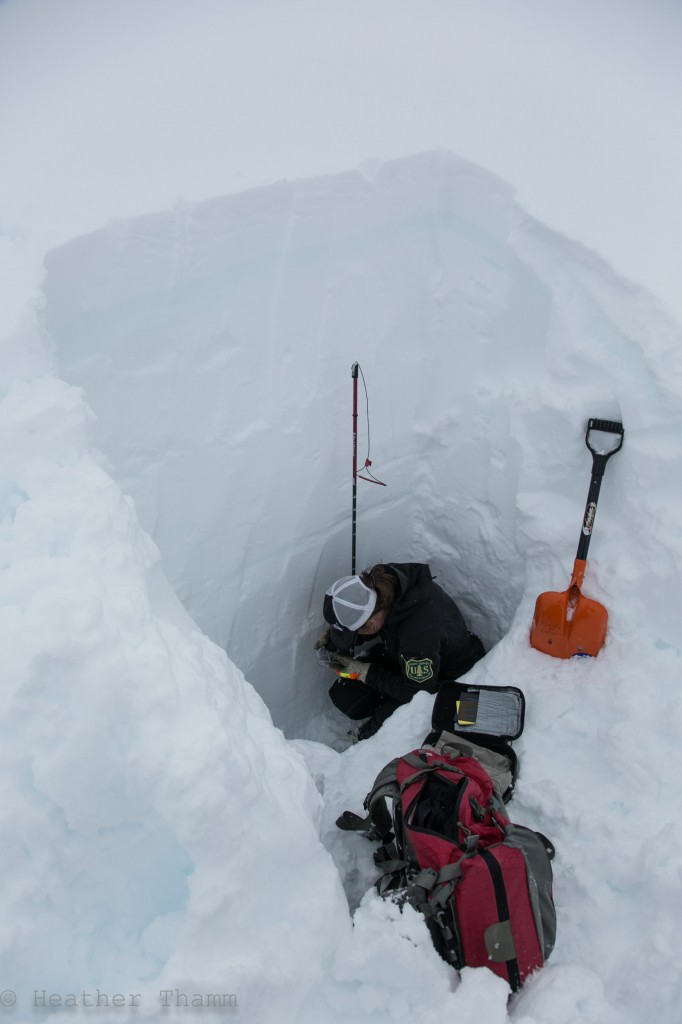 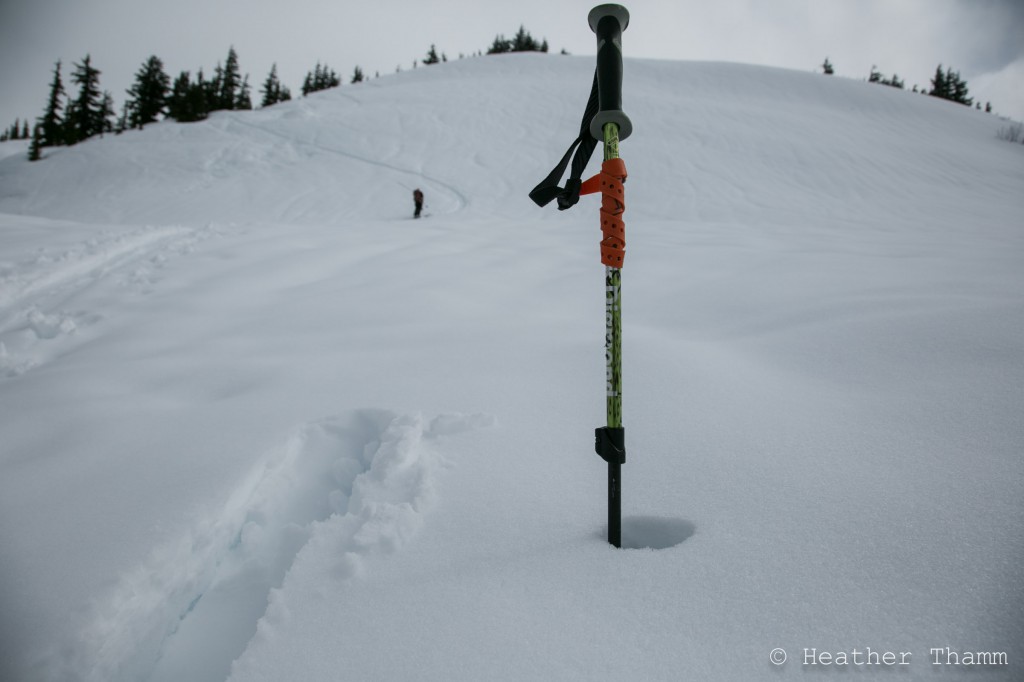 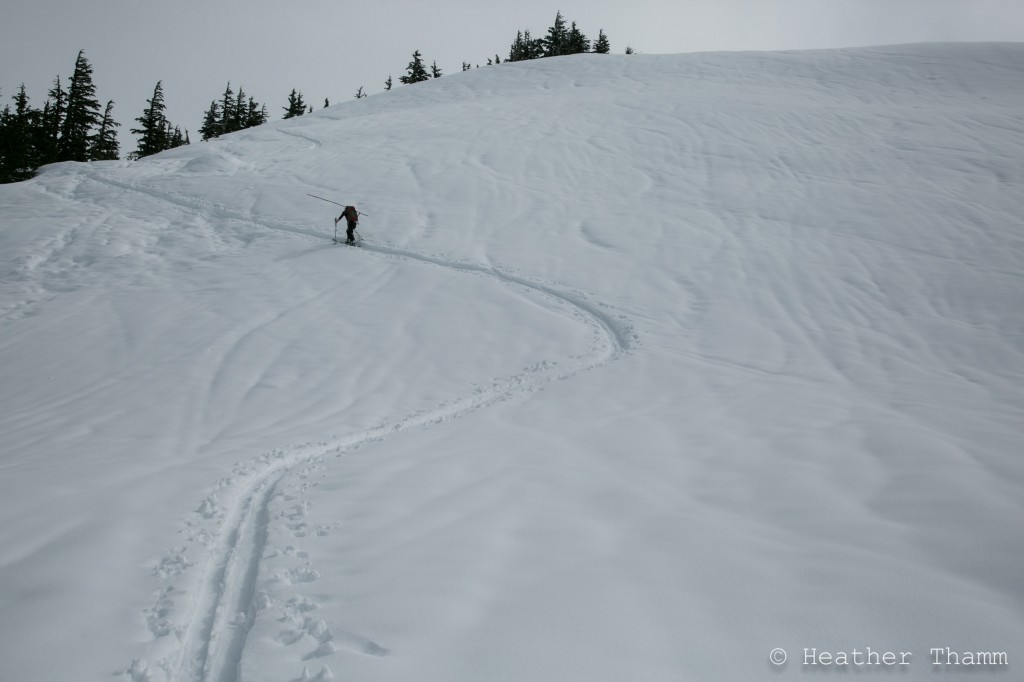 Hiking up with a bamboo pole to mark a potential BeadedStream temperature array that will hopefully be installed this fall for next season!! 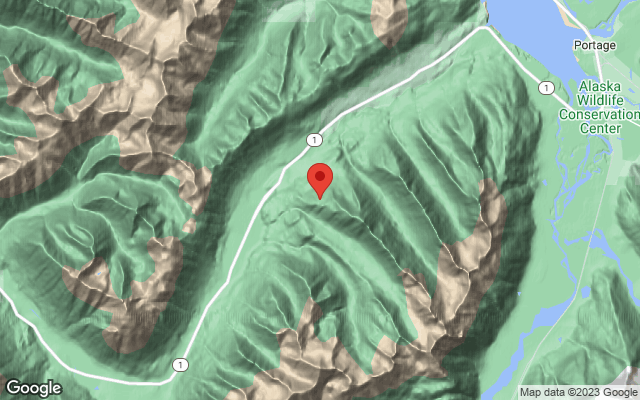