Route: Common route up the Tincan Ridge to treeline (2,200′). Hiked the first 20-30minutes, not quite
enough new snow to skin from the parking lot.

Weather:
Snowing!! Not snowing too hard – less than 1cm an hour, but snowing nonetheless. 3″ of new snow by
midday. Calm winds. Temperatures it the mid 20’s F and warming through the day.

Signs of instability:
Recent avalanches – No
Collapsing – No
Cracking – No

Snowpack:
The 3″ of new snow that had accumulated so far was very light and falling on such low density preexisting
snow that it was not adding to any instability. See video of shovel tilt test.

*Shovel Tilt Test – as seen in the video – is a quick and easy way to see how low density surface layers are acting when placed on an angle and perturbed by tapping the bottom of the shovel. In this video the 3″ of snow is bonding rather well to the old low density snow – almost to the point of being hard to pick out the interface. This is good news – but could all change quickly with wind or warming temperatures!

Below the new snow the pack is right-side-up and strong. Total snow depth at treeline was 20-30″. See pit
photo below. 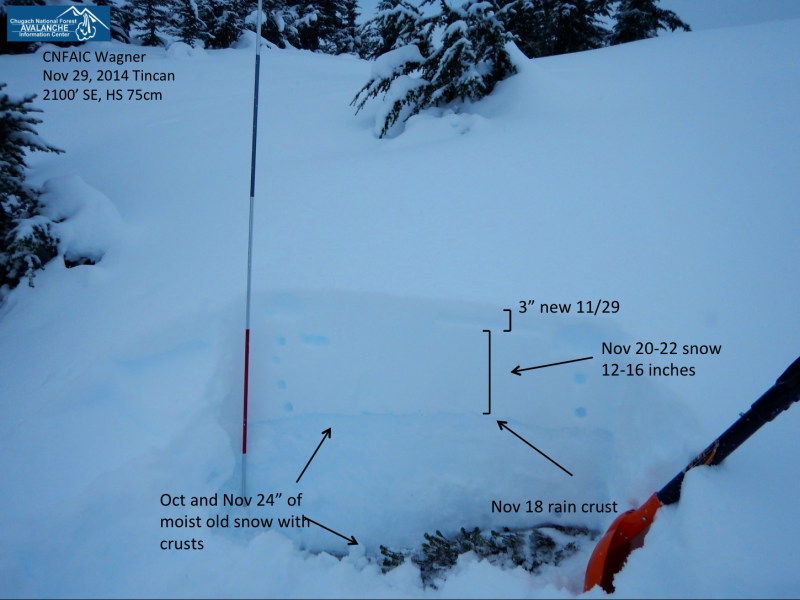 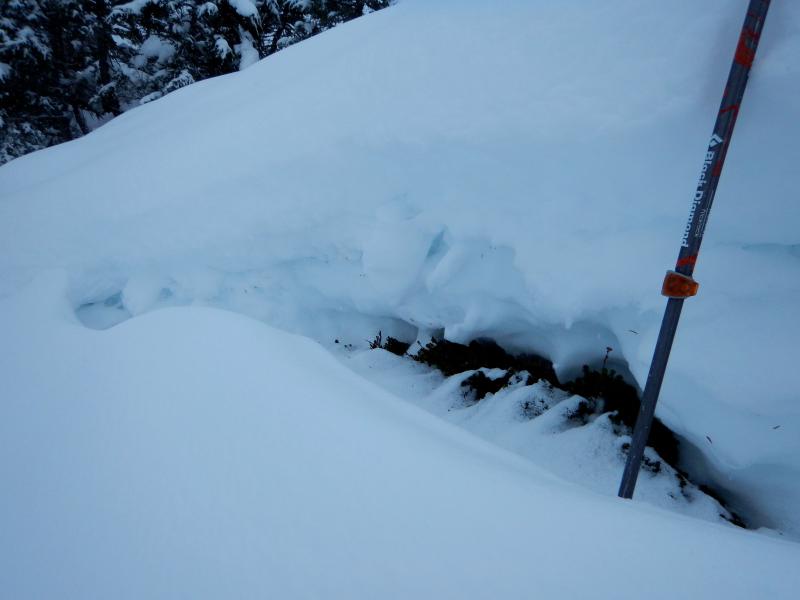 Many early season hazards out there, plus many of these glide cracks. 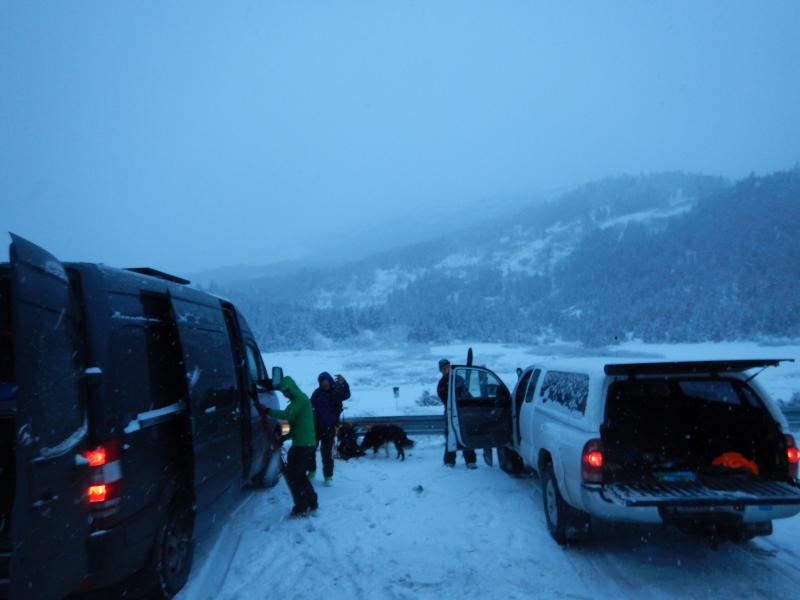 Very excited folks about the new snow and about to go skiing !! 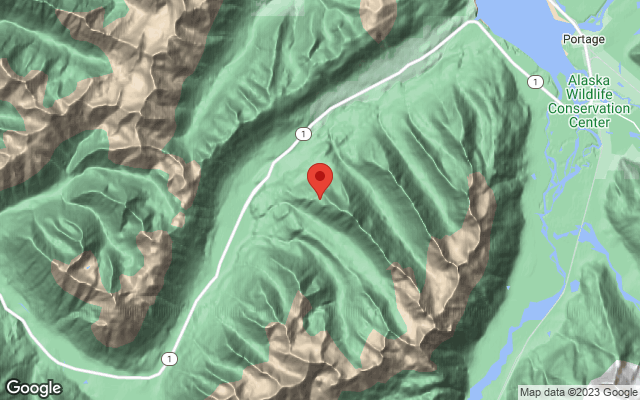