Route: Tincan – standard uptrack to 2800′, down via trees to the north of the uptrack.

Weather: Overcast skies, with clouds hovering around 2500′ for most of the day. Light rain
or snow, with the snow line around 1800′. Temperature between 38-32f, with light NE winds
gusting moderate above treeline. Occasional light snow transport with the moderate gusts.

Below 2000′ the new snow from the past week and the facets below it – those formed in the
past few weeks – were moist, sitting on a hard crust that was 3-12″ below the surface. The
surface of the snow was wet below 1500′.

Above 2000′ the buried facet layer became dry, with moist snow on top. At 2800′ – the top of
our route – the top two layers were dry, with a total of 10-15″ of fist to four finger hardness
snow over the crust in non-wind affected areas.

While we turned around well below the common ridge, the lower part of the common bowl
didn’t show much wind affect from the past 24 hours.

A quick pit at 2800′ on a NW, 10 degree slope which was not wind affected overnight
produced an ECTN 15, with the failure 15cm down on the interface of this past week’s snow
and the 2mm facets that were buried by it.

No cracking, collapsing, or recent avalanche activity was observed, but visibility was poor
above treeline for most of the time in the field. 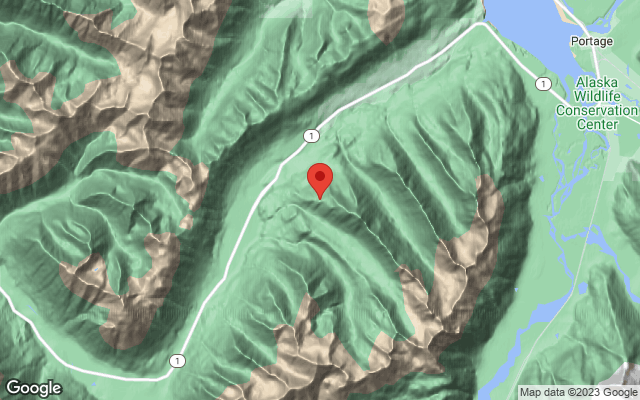