Obvious Signs Of Instability
Recent Avalanches- Yes, three remote triggered avalanches near a person digging a pit on Tincan’s South
face. Skier triggered slide in the trees at about 2100′. (pictures below)
Shooting Cracks- Yes – Localized cracking under skis, large crack from remotely triggered slide, as well as
cracks reported by other parties on Tincan.
Collapsing – Yes – Widespread collapsing above 2000′. Had at least 6 large collapses in our test pit location
at 2250′ on a West aspect.

* Snow had varying densities depending on exposure to the wind. Ski penetration varied from 2-6″. Boot
pen was mid thigh high in places.

Below the surface:
We dug several pits between 2100-2250′ and found a similar snow structure make up. 1-3′ of snow is
sitting on widespread facets that have been well documented throughout our region over the last few
weeks. This facet layer is sitting on a stout crust formed in Mid January. The 1-3′ slab varies in thickness
because of high winds from yesterday’s big storm event where wind gusts reached well over 100mph on
ridgetops. We also found last week’s new snow 4-6″ that fell Feb.9-10 is sitting immediately on the facet
layer. Rain and warm temperatures followed by cool overnight temperature formed a melt/freeze crust on
the surface just below 2000′. Due to rain and warm temps moist facets were found below 2000′. Above
2000′ facet layer 3-4″ thick and consisted of dry, poorly bonded facets.

Near 2500′ several remote triggered avalanches occurred near a site where a person was digging a series
of test pits. They were digging their first pit when the facet layer below collapsed causing three
simultaneous avalanches 100-300′ away. These avalanches were on steeper adjacent slopes than the area
they were intimated on. A large shooting crack was found about 100′ away in the opposite direction above
a rollover near the ridge. See photos. A small skier triggered slide was also reported by another group,
lower in the trees. Fracture size: 2′ slab, 20-30′ wide and ran 50′ to the bottom of a rollover. No one was
caught or injured.

Test Results: ECTP13, 14, 15, 17 at facet/slab interface. PST 20/100 End, RB4 (first jump) All of our test
results were poor to fair, which means the facet layer is moderately easy to trigger and shows significant
propagation potential.

Right now it is best to avoid slope angles greater than 35*. Even in terrain often considered “lower risk,”
like in the Tincan trees, be careful of steep rollovers that fall into terrain traps. 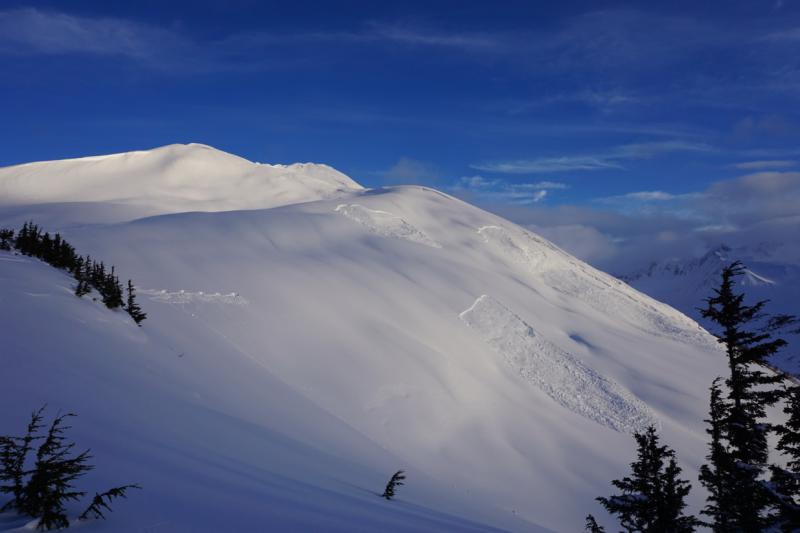 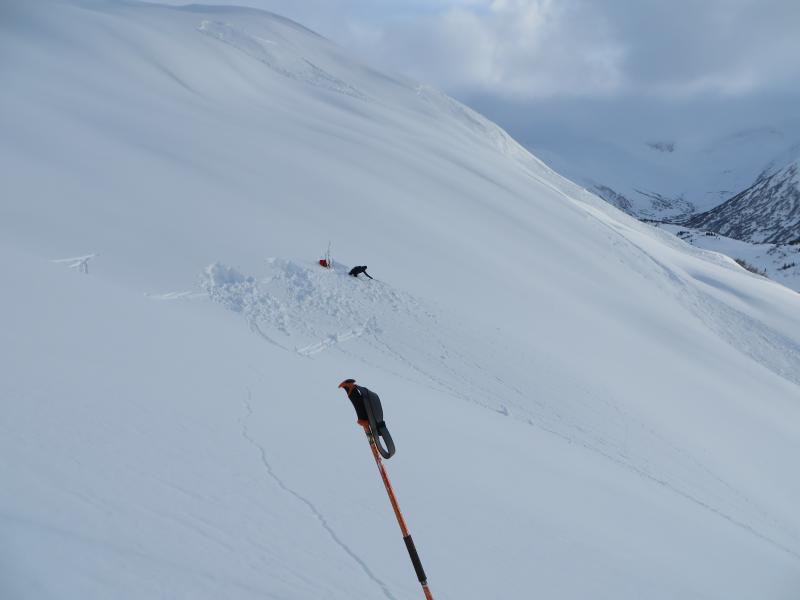 Shooting crack that occurred in the same event as the remotely triggered avalanches in the photo above. Photo by: John Fitzgerald 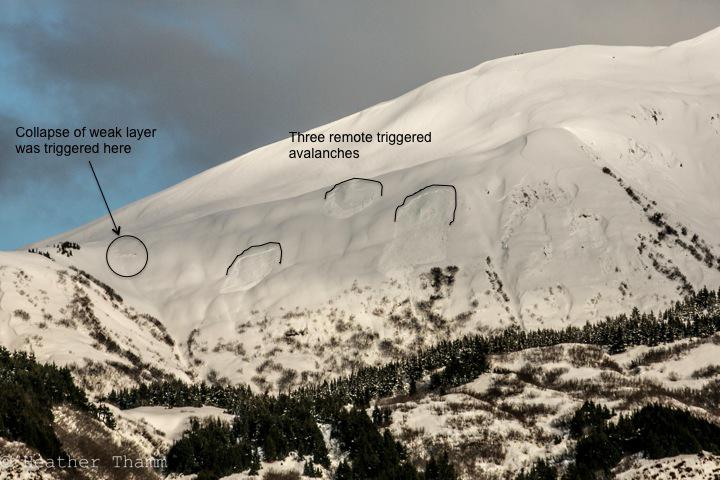 View of the South face of Tincan after three remotely triggered avalanches occurred. 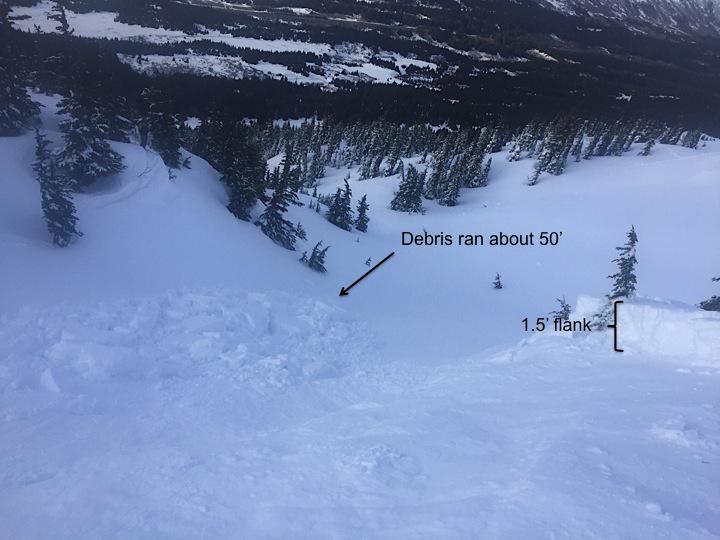 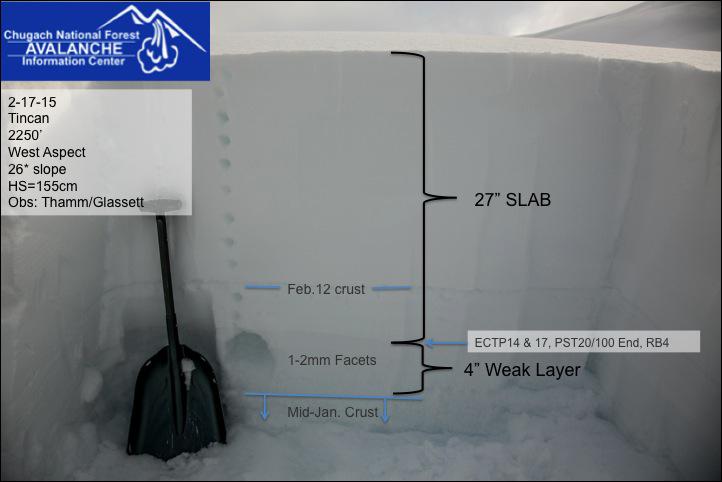 Test pit on a Western aspect of Tincan just above 2200'. 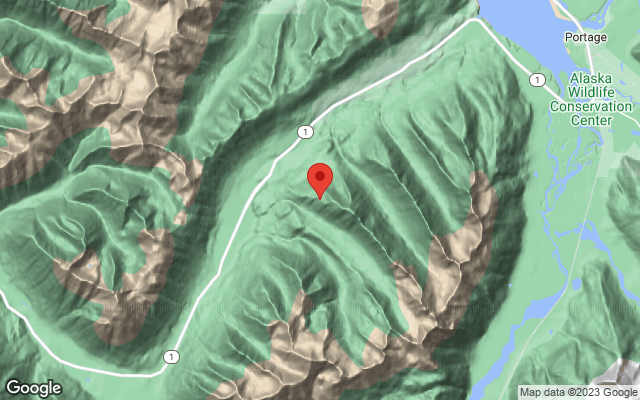