This is a crown profile of a skier-triggered avalanche that
happened late in the afternoon on 2/6/2010 on a northwest aspect
of Tincan at 2600 feet elevation. This slide was similar in
dimension to the slide that partially buried a skier earlier in
the day…150 feet wide, 200 feet long, 1-1.5 ft. crown face, 37
degrees at the trigger point. Both windloaded slopes failed on a
very small layer of buried surface hoar on top of a 1mm thick
melt-freeze crust. 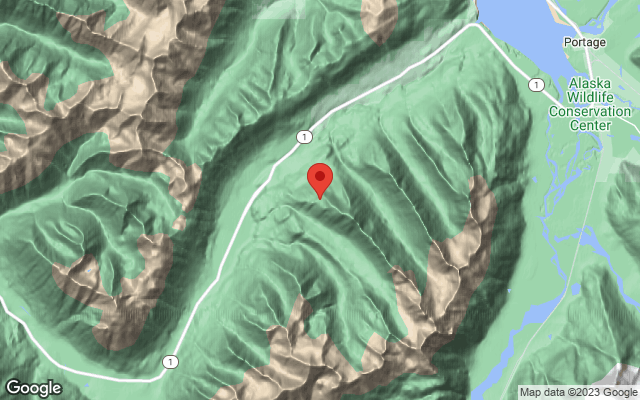